Wikipedia
Jefferson is a city in Marion County in Northeastern Texas, United States. The population was 2,106 at the 2010 census, and 2,533 as of 2018's census estimates. It is the county seat of Marion County, Texas, and is situated in East Texas. The city is a tourist destination, with popular attractions including: Jay Gould's Railroad car, the Sterne Fountain, Jefferson Carnegie Library, Excelsior House, the House of the Four Seasons, and the bayous formed by Big Cypress Bayou located in and around the city. 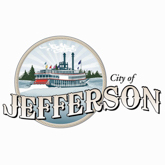 Find more things to do, itinerary ideas, updated news and events, and plan your perfect trip to Jefferson
ADVERTISEMENT

Shreveport ( SHREEV-port) is a city in the U.S. state of Louisiana. It is the most populous city in the Shreveport–Bossier City metropolitan area, and ranks third in population in Louisiana after Baton Rouge and New Orleans; with the Lafayette consolidated population in 2019, Shreveport ranks fourth in population. The bulk of Shreveport is in Caddo Parish, of which it is the parish seat. Shreveport extends along the west bank of the Red River (most notably at Wright Island, the Charles and Marie Hamel Memorial Park, and Bagley Island) into neighboring Bossier Parish. The population of Shreveport was 199,311 at the 2010 U.S. census. The United States Census Bureau's 2020 census for the city's population decreased to 187,593.Shreveport was founded in 1836 by the Shreve Town Company, a corporation established to develop a town at the juncture of the newly navigable Red River and the Texas Trail, an overland route into the newly independent Republic of Texas. Prior to Texas becoming independent, this trail entered Mexico. The city grew throughout the 20th century and, after the discovery of oil in Louisiana, became a national center for the oil industry. Standard Oil of Louisiana (absorbed by Standard Oil of New Jersey and now part of ExxonMobil) and United Gas Corporation (now part of Pennzoil) were headquartered in the city until the 1960s and 1980s. After the loss of jobs in the oil industry, the close of Shreveport Operations (a General Motors vehicle factory), and other economic problems the city struggled with a declining population, poverty, drugs and violent crime. Since Cedric Glover's tenure as mayor of Shreveport, the city began efforts to revitalize its infrastructure to end its population decline, revive the economy through diversification, and lower crime.Shreveport is the educational, commercial and cultural center of the Ark-La-Tex region, where Arkansas, Louisiana, and Texas meet. It is the location of Centenary College of Louisiana, Louisiana State University Shreveport, Louisiana Tech University Shreveport, Southern University at Shreveport, and Louisiana Baptist University. Its neighboring city Bossier City is the location of Bossier Parish Community College. The city forms part of the I-20 Cyber Corridor linking Shreveport and Bossier City, Ruston, Grambling, and Monroe to Dallas and Tyler, Texas, and Atlanta, Georgia. Companies with significant operations or headquarters in Shreveport are Amazon, Regions Financial Corporation, JPMorgan Chase, Sam's Town Hotel and Gambling Hall, AT&T Mobility, United Parcel Service, Walmart, Chick-fil-A, Waffle House, SWEPCO, General Electric, UOP LLC, Calumet Specialty Products Partners, and APS Payroll.

Kilgore is a city in Gregg and Rusk counties in the eastern part of the U.S. state of Texas. Over three-fourths of the city limits is located in Gregg County, the remainder in Rusk County. Kilgore was the childhood residence from age six of the noted classical pianist Van Cliburn, the namesake for Van Cliburn Auditorium on the Kilgore College campus. The population was 12,975 at the 2010 census; and the population is 14,820 at the 2020 census.