Wikipedia
Huntington is a city in Wayne and Cabell Counties, and county seat of the latter, in the U.S. state of West Virginia. It is the largest city in the Huntington-Ashland, WV-KY-OH Metropolitan Statistical Area, sometimes referred to as the Tri-State Area. Being a historic and bustling city of commerce and heavy industry, Huntington has benefited from its location on the Ohio River at the mouth of the Guyandotte River. It is home to the Port of Huntington Tri-State, the second-busiest inland port in the United States.Surrounded by extensive natural resources, the industrial sector is based in coal, oil, chemicals and steel, all of which support Huntington's diversified economy. The city is a vital rail-to-river transfer point for the marine transportation industry. Also, it is considered a scenic locale in the western foothills of the Appalachian Mountains. This location was selected by Collis Potter Huntington as ideal for the western terminus of the Chesapeake and Ohio Railway, the predecessor of what would become CSX Transportation which still operates CSX Transportation-Huntington Division in the city to date. The railroad founded Huntington as one of the nation's first planned communities to facilitate the railroad and other transportation-related industries at the railway's western terminus. The site, previously a collection of agricultural homesteads, developed fast after the railroad's completion in 1871 and is eponymously named for the railroad company's founder Collis Potter Huntington. The first identifiable permanent settlement, Holderby's Landing, was founded in 1775 in the Colony of Virginia. With the exception of the neighborhoods of Westmoreland and Spring Valley, most of the city is in Cabell County.As of the 2010 census, the metropolitan area is the largest in West Virginia. It spans seven counties across three states, with a population of 365,419. Huntington is the second-largest city in West Virginia, with a population of 49,138 at the 2010 census. However, with the 2019 United States Census Estimate, the city's population has declined to 45,110 and the population of the metropolitan statistical area declined to 349,485. This declining population trend has been ongoing for six decades as Huntington has lost over 40,000 residents in that time frame. The city is the home of Marshall University as well as the Huntington Museum of Art; the Mountain Health Arena; the U.S. Army Corps of Engineers (Huntington District); the Collis P. Huntington Historical Society and Railroad Museum; Camden Park, one of the world's oldest amusement parks; the headquarters of the CSX Transportation-Huntington Division, the largest division in the CSX network; the Special Metals Plant; and the Port of Huntington Tri-State, the largest river port in the United States. The largest employers are Marshall University, Cabell Huntington Hospital, St. Mary's Medical Center, CSX Transportation, the U.S. Army Corps of Engineers, Amazon, DirecTV, and the City of Huntington.

Find more things to do, itinerary ideas, updated news and events, and plan your perfect trip to Huntington
ADVERTISEMENT

Barboursville is a village in Cabell County, West Virginia. It is located near the second largest city in the state, Huntington. The population was 4,258 in the 2019 census estimate. Barboursville is a part of the Huntington–Ashland metropolitan area. 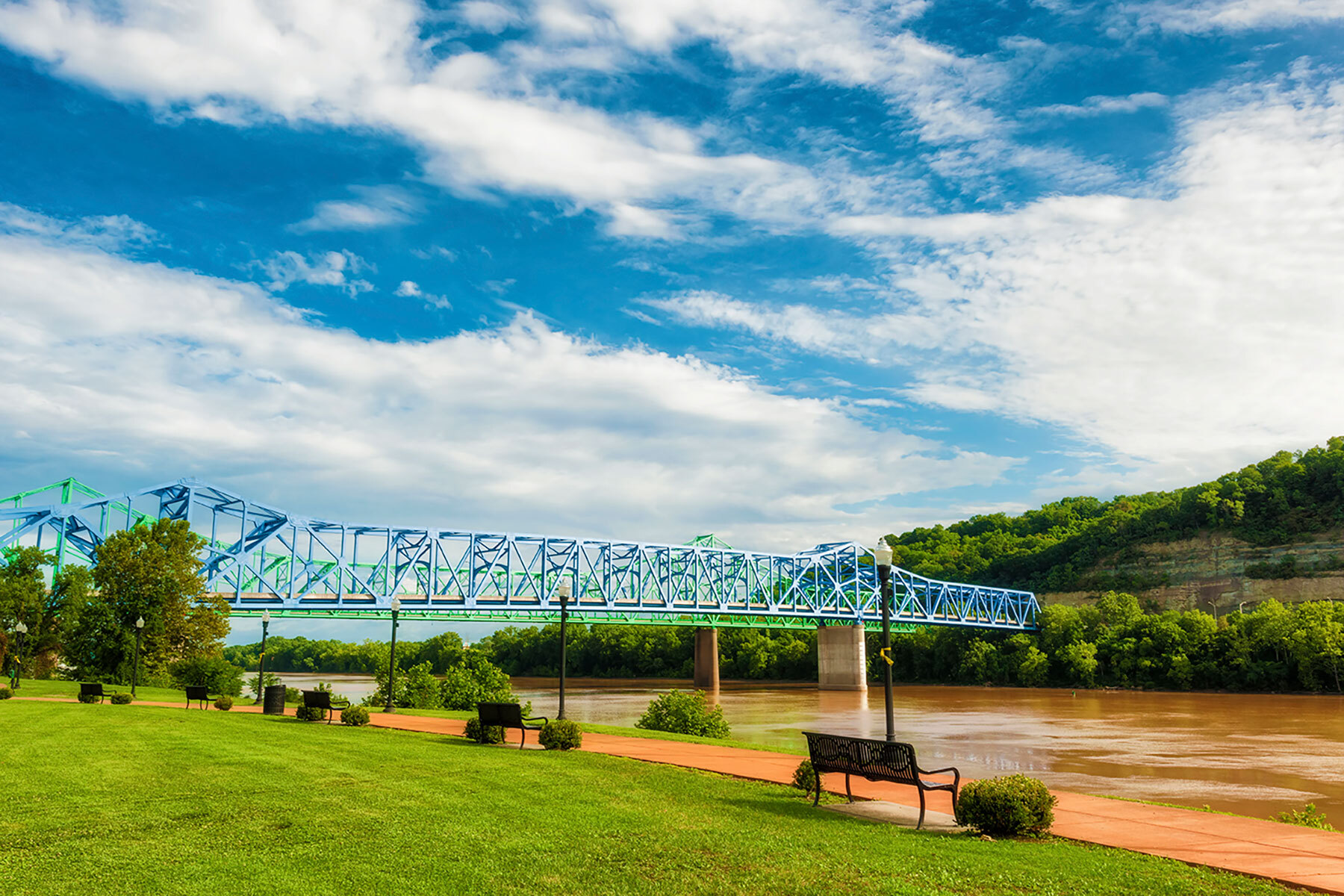 Ashland is a home rule-class city in Boyd County, Kentucky, in the United States. Ashland, the largest city in Boyd County, is located upon a southern bank of the Ohio River. The population was 21,684 at the 2010 census. Ashland is the smaller of two primary cities in the Huntington-Ashland metropolitan area, which is referred to locally as the "Tri-State area" and had a population of 361,487 in 2017, while the Kentucky portion was home to 110,641 in 2017. Ashland serves as an important economic and medical center for northeastern Kentucky and is part of the fifth-largest metropolitan area in Kentucky.

Putnam County is a county in the U.S. state of West Virginia. As of the 2010 census, the population was 55,486. Its county seat is Winfield and its largest city is Hurricane. Putnam County is part of the Huntington-Ashland, WV-KY-OH Metropolitan Statistical Area, across the Kanawha River from Charleston, West Virginia.

Lawrence County is a county located in the U.S. state of Kentucky. As of the 2010 census, the population was 15,860. Its county seat is Louisa. The county is named for James Lawrence, and co-founded by Isaac Bolt, who served as a Lawrence County Commissioner and Justice of the Peace. Lawrence County is the home of bluegrass music and country music star Tyler Childers. It is the birthplace of the late Chief Justice of the United States Frederick Moore Vinson and former Kentucky Governor Paul E. Patton. In regard to alcoholic beverage sales, Lawrence County is considered a "moist" county, meaning alcohol sales are only allowed within the city limits of Louisa. There are no alcohol sales within the rest of the county. Only two stores sell liquor (to prevent a monopoly), and most convenience stores sell beer and malted beverages.