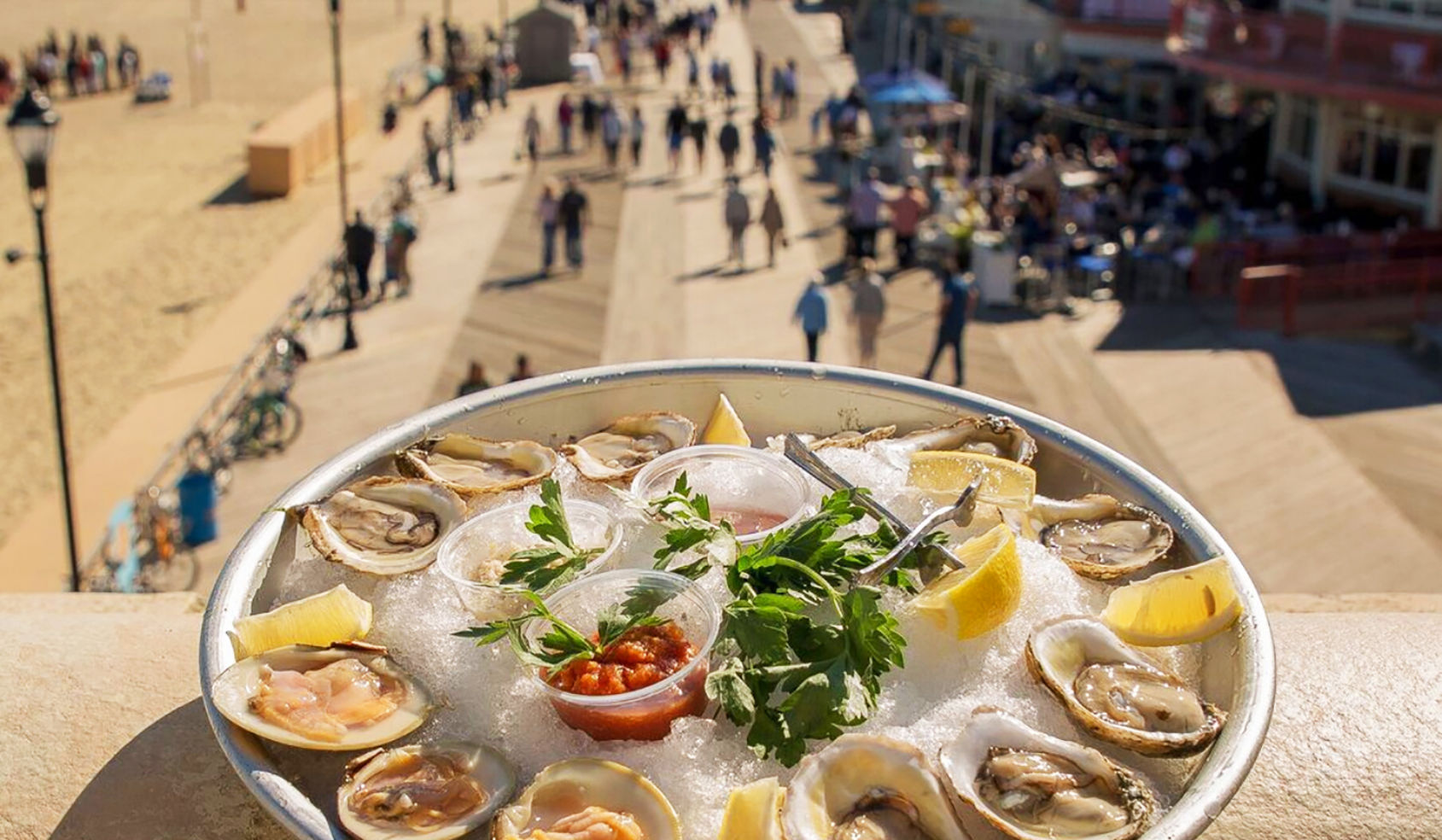 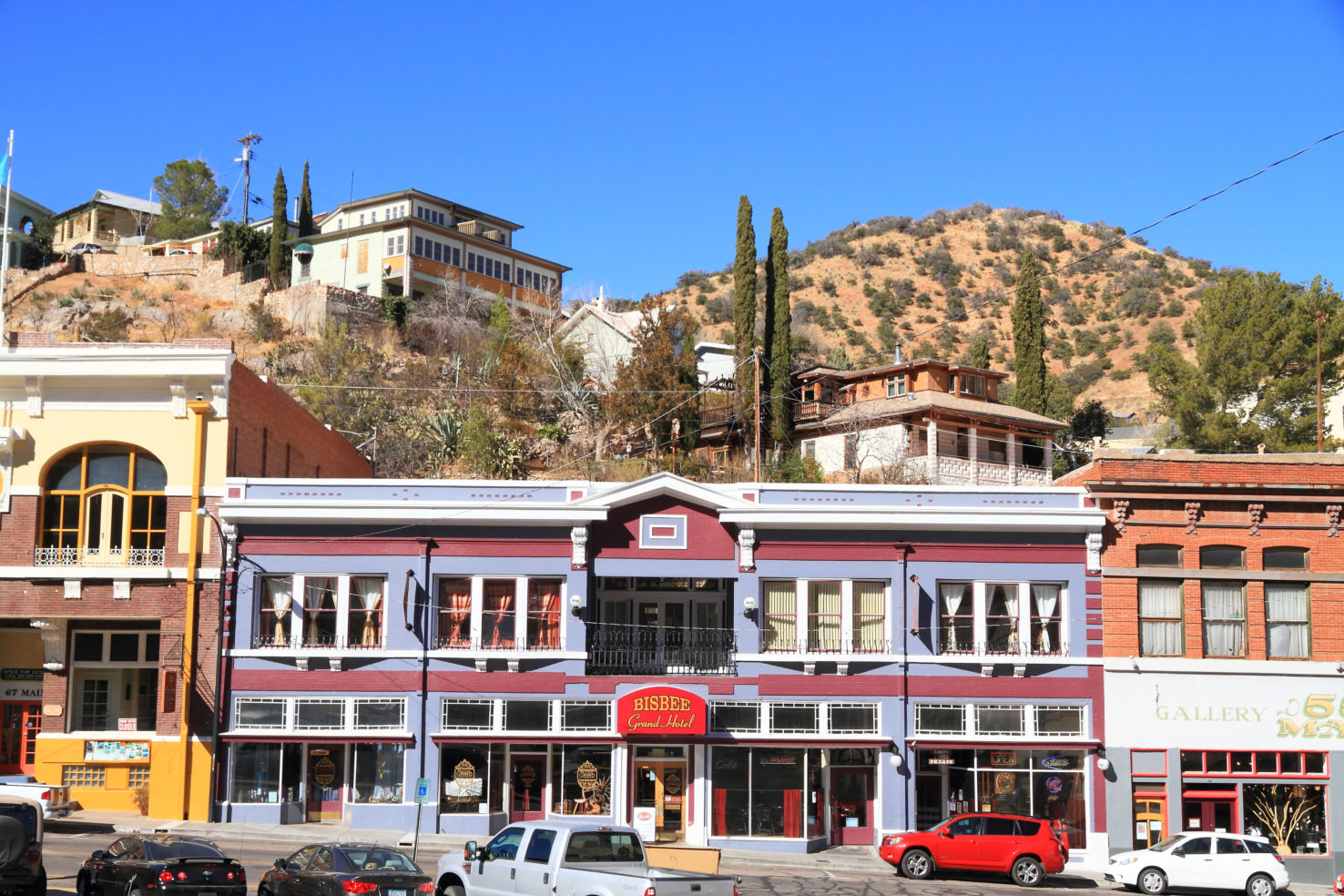 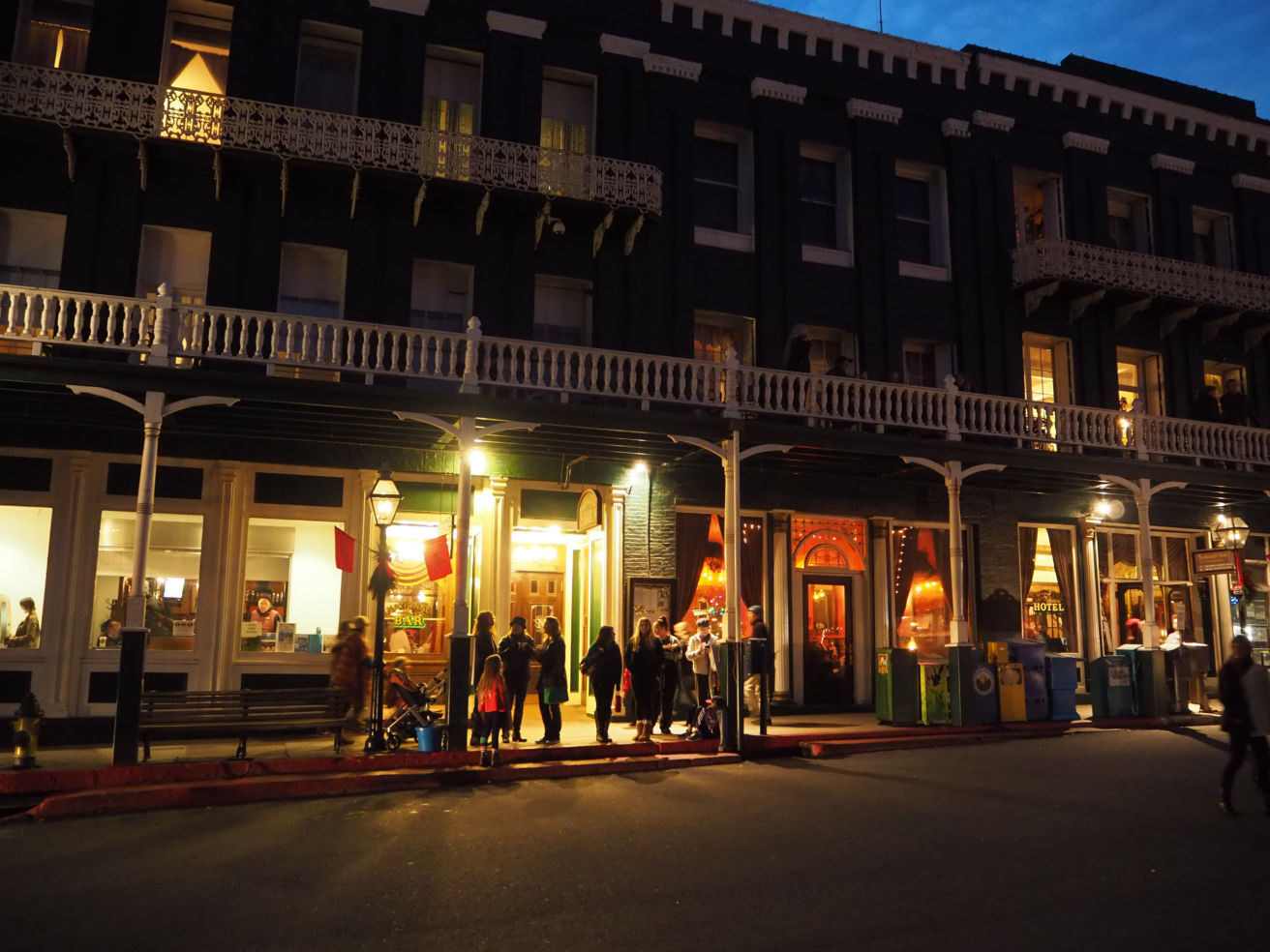 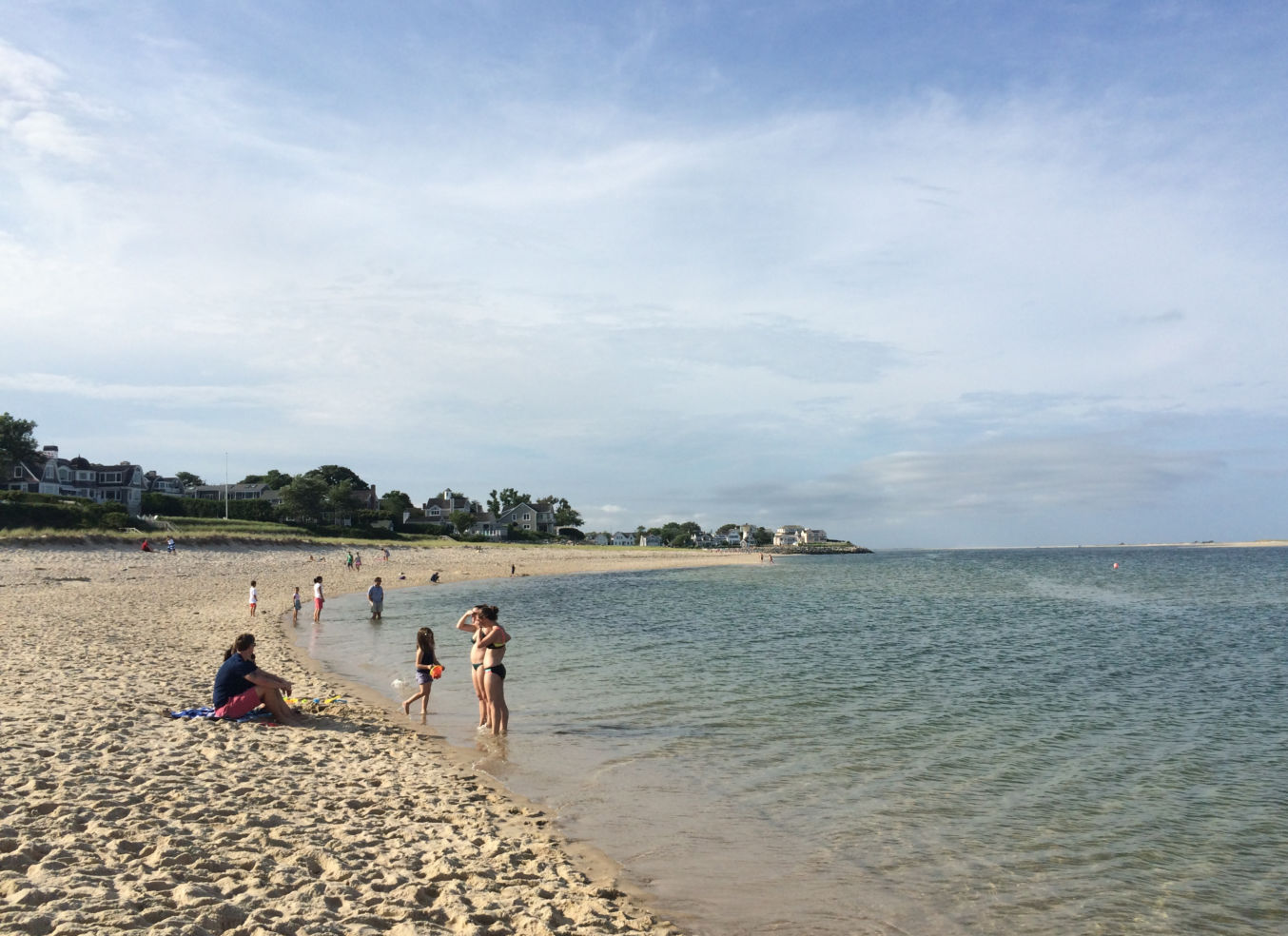 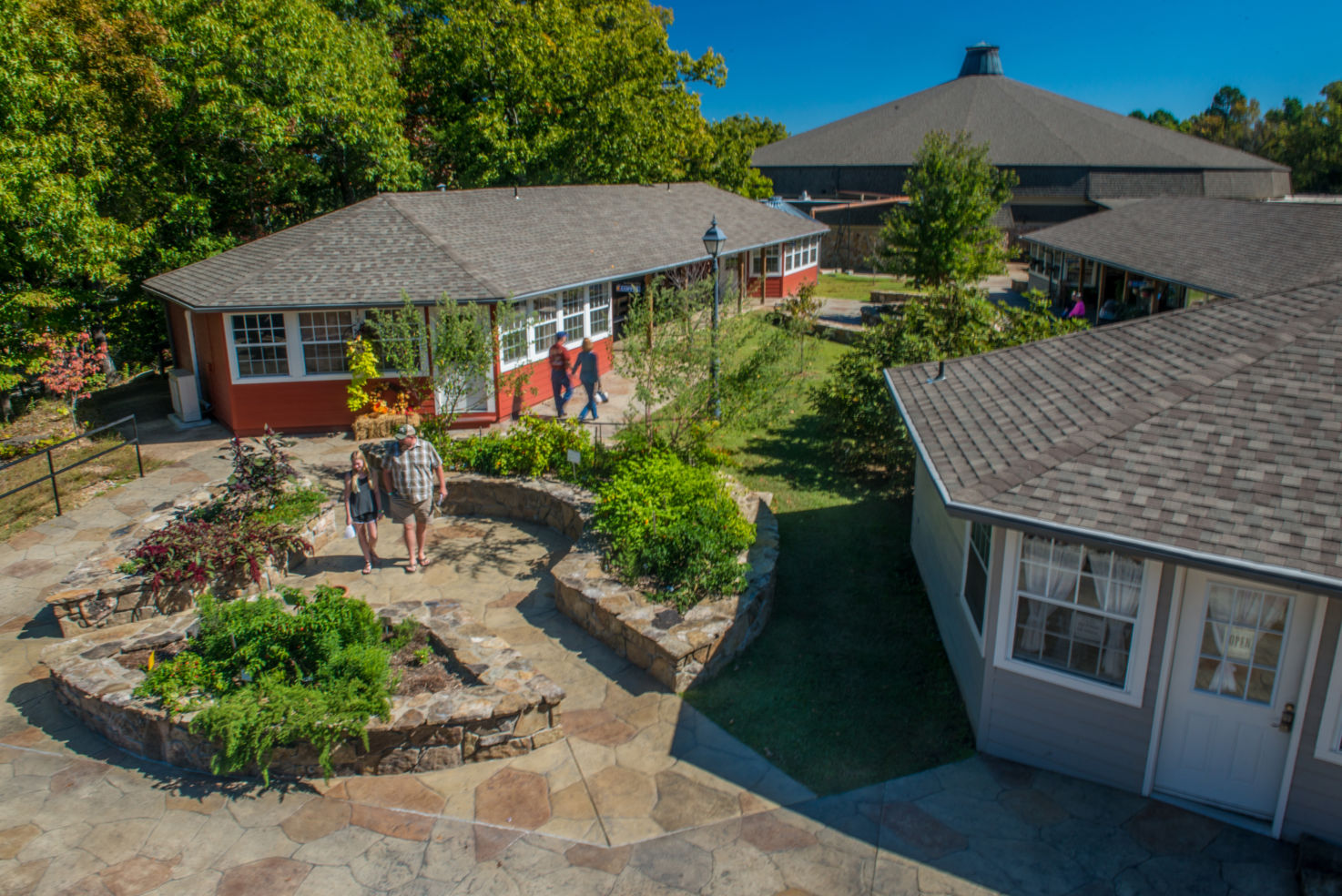 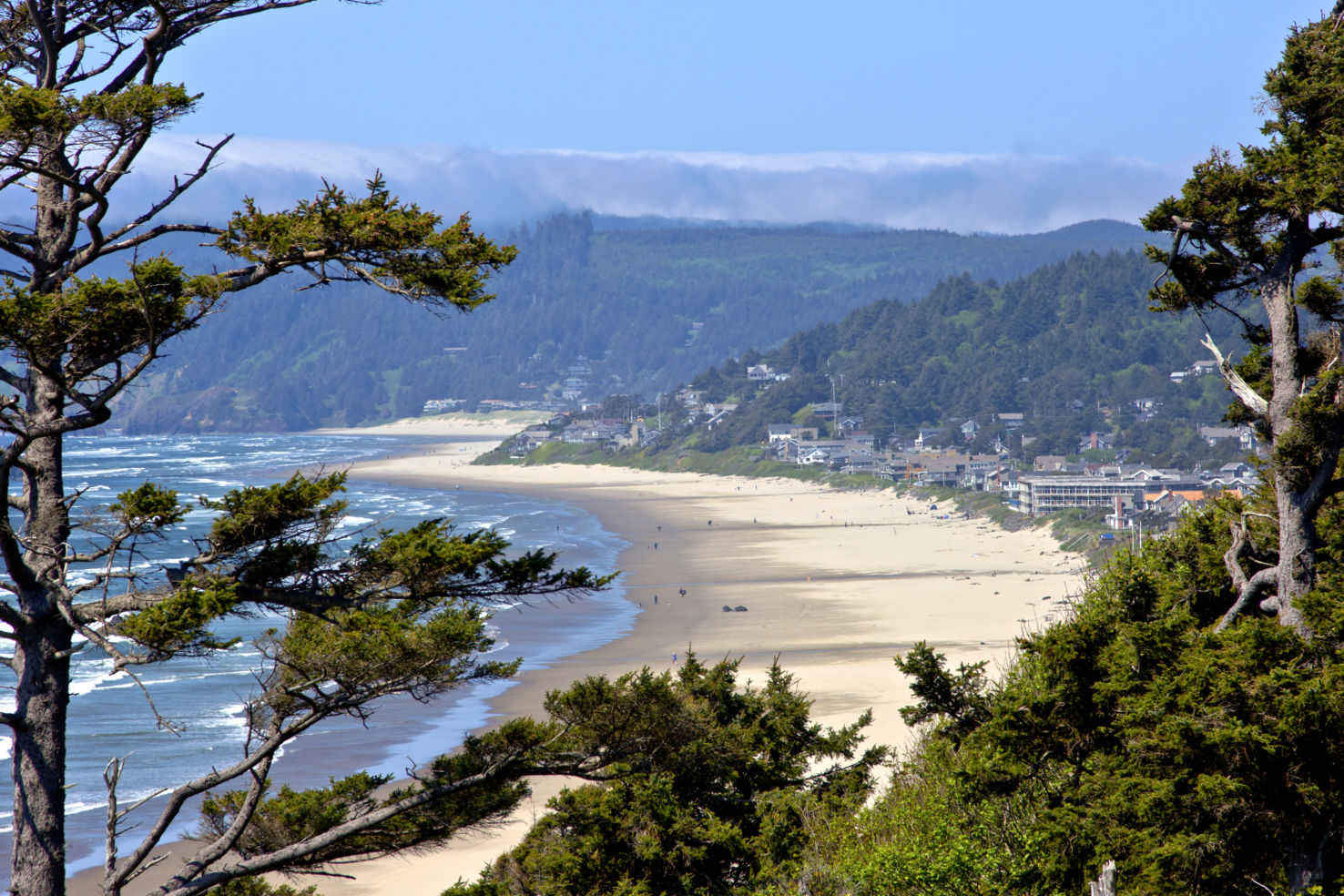 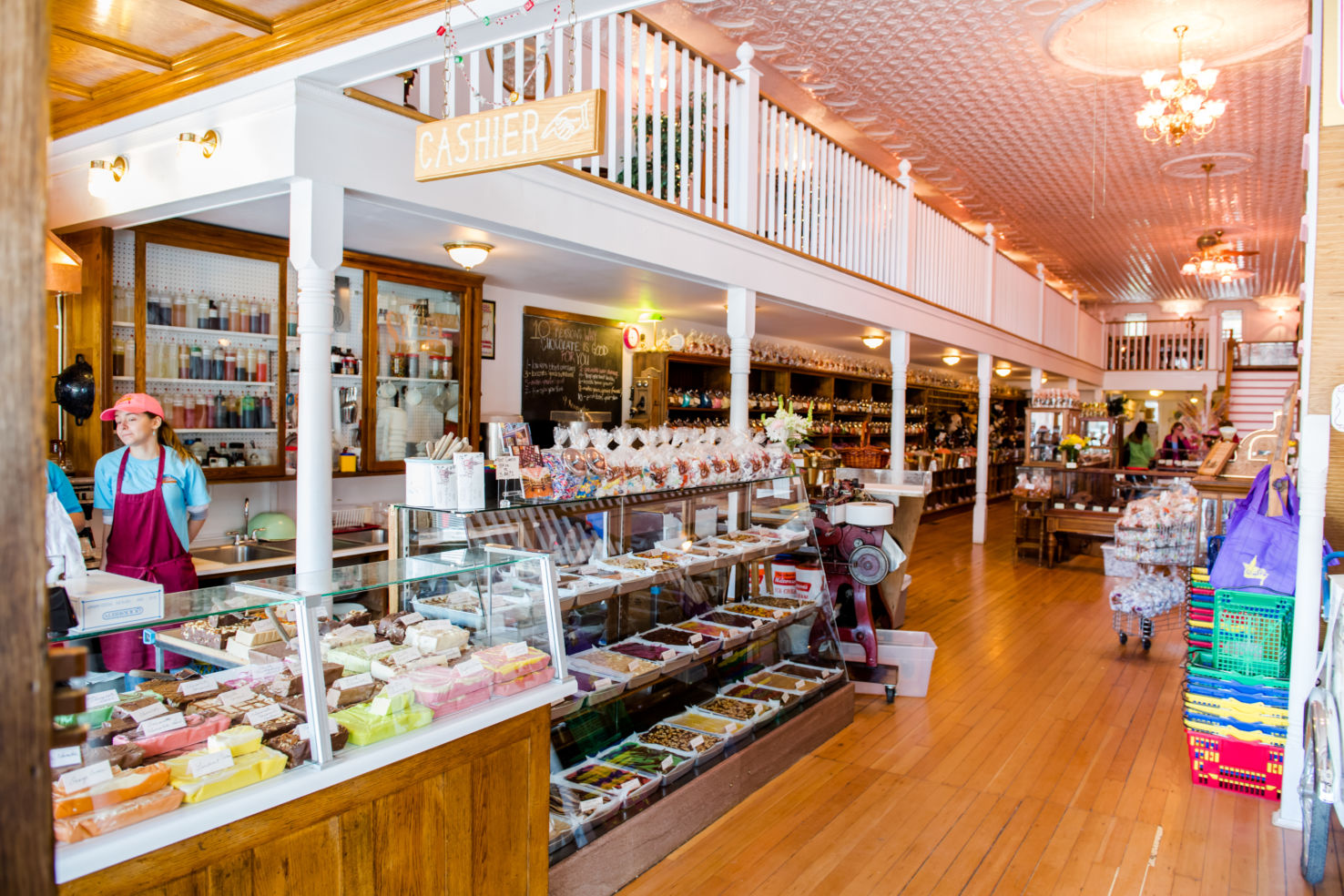 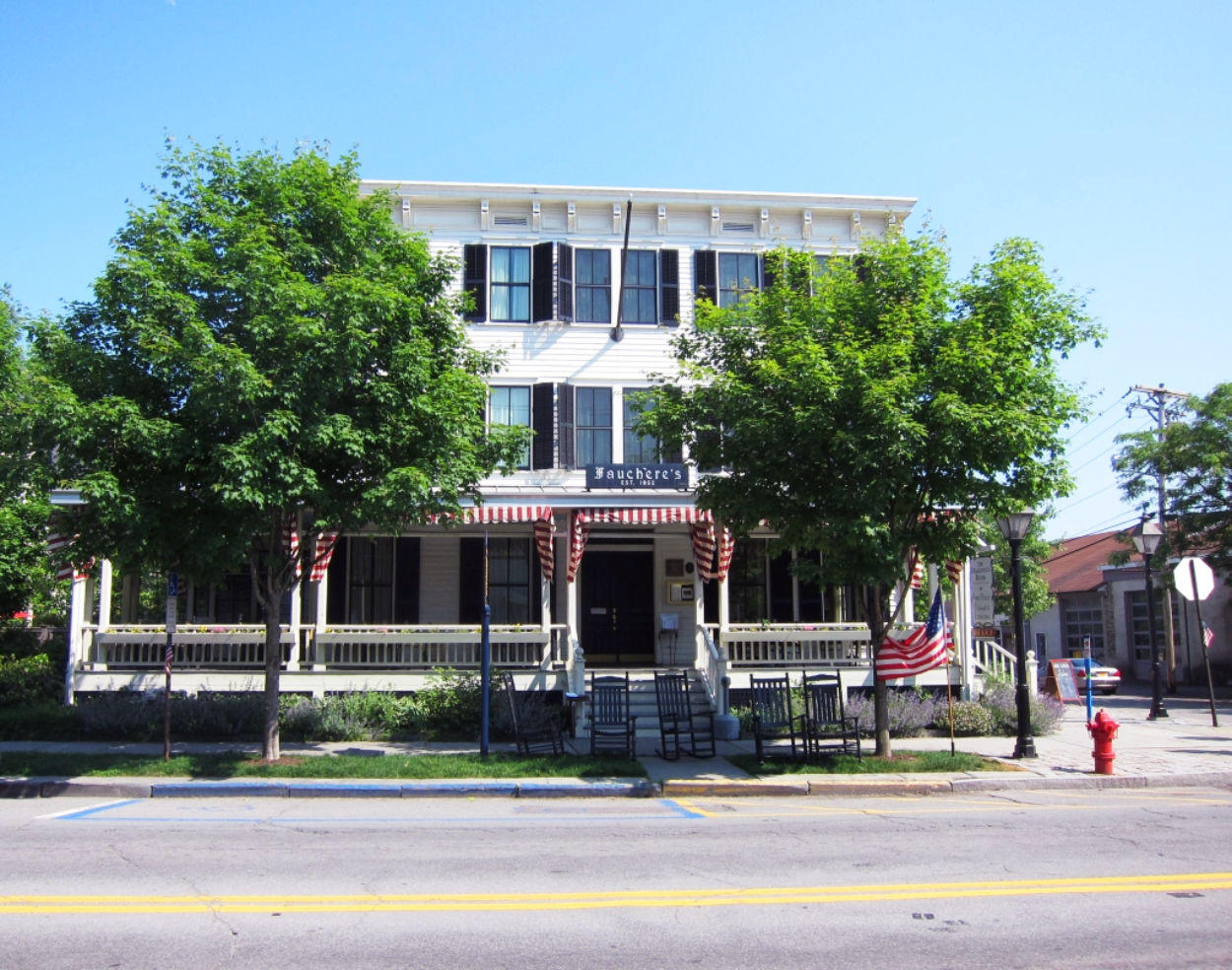 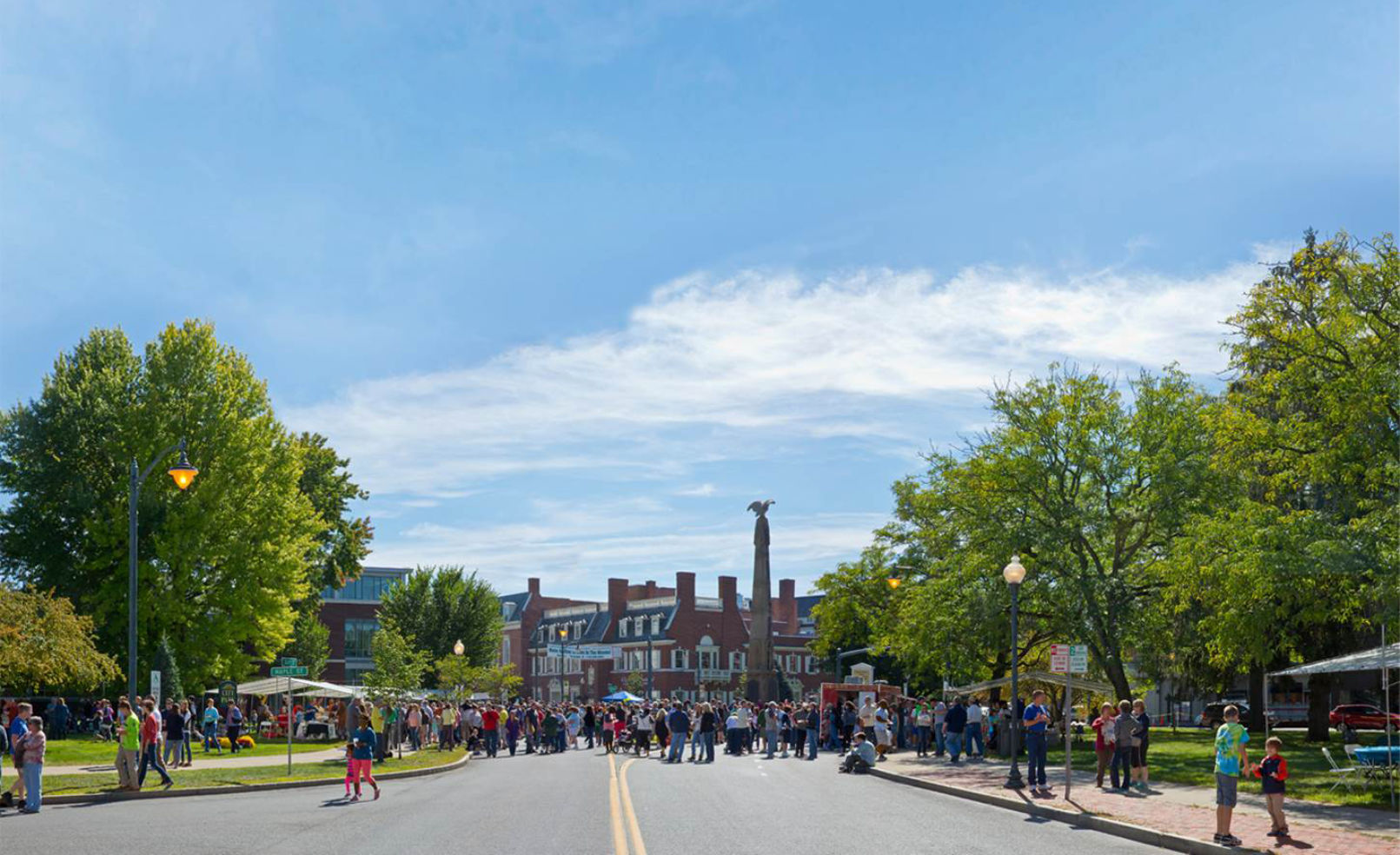 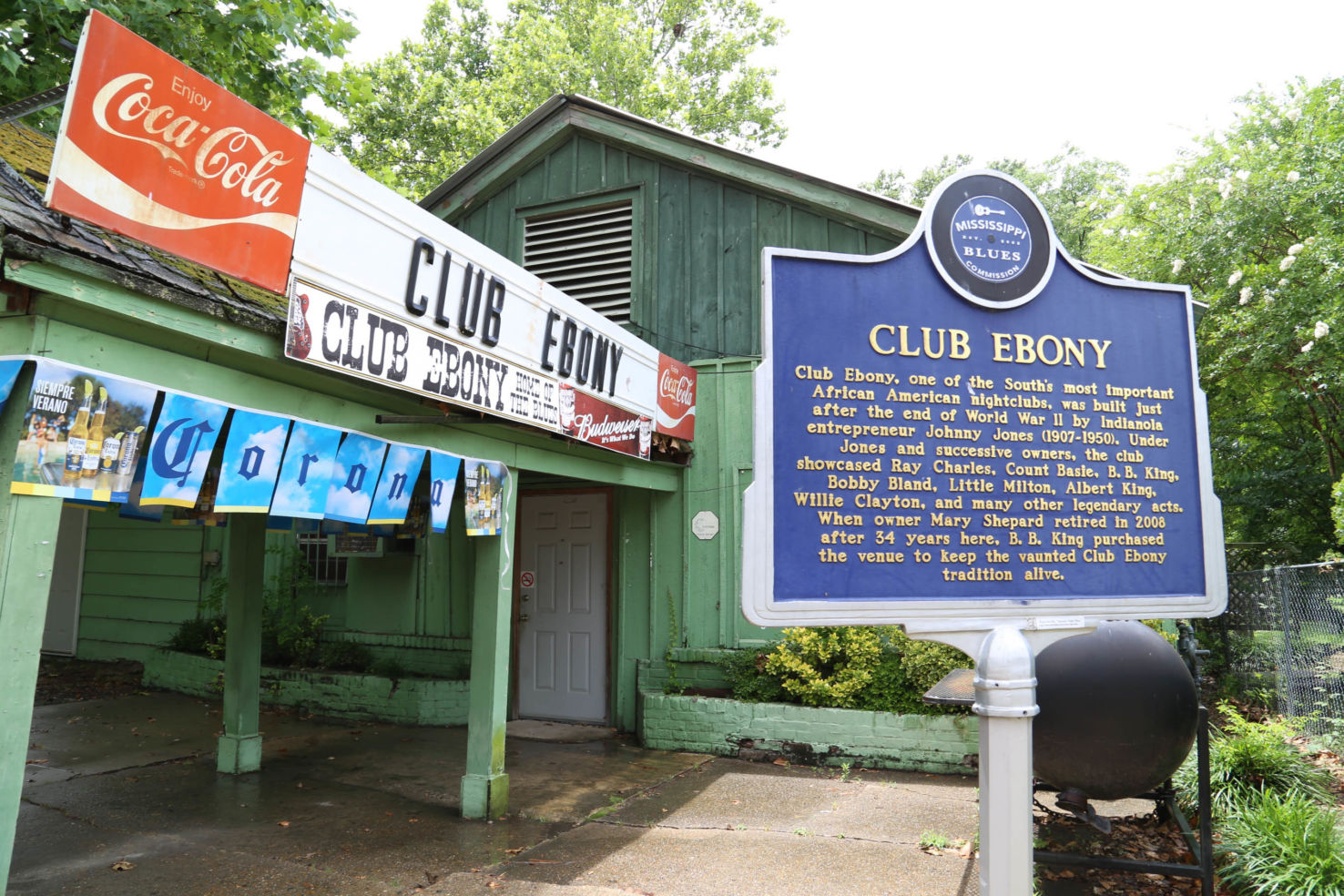 #1 ASBURY PARK, NEW JERSEY
The "coolest comeback" on the Shore.

Asbury Park, New Jersey, an easy road trip from New York or Philadelphia, exemplifies the cultural and ethnic diversity, creative energy, and unparalleled natural beauty that have defined America for more than two centuries. The "coolest comeback" in the U.S. may be right here in Asbury Park - the revitalized Boardwalk offers great shopping, dining, and views of one of the East Coast’s most beautiful beaches. This beach town that helped launch Bruce Springsteen is, not surprisingly, a music mecca - check out shows at the legendary Stone Pony, the Paramount Theater and Convention Hall, and other venues. We love Asbury Park’s welcoming vibe, LGBTQ-friendly legacy, and year-round calendar of events: Fourth of July fireworks, Oysterfest, Zombie Walk, and so much more.

#2 BISBEE, ARIZONA
The Old West meets the new in the mountains near the Mexican border.

This artsy town is a "cool road trip" from Tucson. What do you get when you cross a 19th-century copper-mining town with an artist colony? Bisbee’s narrow streets evoke the Old West, with some of the best vintage architecture in the U.S., but the town’s vibe is decidedly contemporary, with galleries, craft beer, art walks, funky boutiques, and an aesthetic that happily embraces the word “weird.”

#3 NEVADA CITY, CALIFORNIA
Cycling, cinema, and scenery in the foothills of the Sierra Nevada Mountains.

Nevada City is a "cool road trip" from the San Francisco Bay Area or Sacramento. Nevada City may be a little off the beaten path (60 miles northeast of Sacramento, in the foothills of the Sierra Nevada Mountains), but residents value the Gold Country town for its music and art scene, food, and proximity to some of California's amazing rivers, lakes, and the Sierras. For live music, locals swear by the Miners Foundry. For a Sundance feel without the hordes, savor the Wild and Scenic Film Festival. And if you're hankering for a pro cycling race and don't plan on dropping in on the Tour de France anytime soon, hightail it to the Nevada City Classic.

Few things capture New England quite like Chatham, Massachusetts, a quaint township on the southeastern tip of Cape Cod. From the landmark 19th-century Chatham Lighthouse, which looks like something straight out of an Edward Hopper painting, to the Chatham Railroad Museum, set in a train station that dates back to the late 1800s, Chatham has all the makings of a classic beach town. The buzzy, pedestrian-friendly Main Street is choc’a’block with old-timey businesses and cozy eateries, all locally owned and run, of course.  Standouts include Candy Manor for homemade fudge, the homey and lively pub-like Chatham Squire, and Jo Mama’s, which is known for New York-style bagels and Fair Trade coffee. But that quaint feel doesn’t come without work. The residents have worked to preserve it. When the old Orpheum Theater was turned into a CVS, locals raised money to turn it back into a movie house. Today they show a mix of old flicks and new releases and serve wine and beer.

Music is everywhere in Mountain View, with locals joining visiting musicians to play traditional mountain music in the town square. Founded in the 1870s, Mountain View has become a major center of traditional Ozark culture and music. The Ozark Folk Center is America’s finest place to experience traditional Ozark culture, music, and more. The Folk Center includes demonstrations of blacksmithing, pottery-making, and other pioneer skills as well as toe-tapping mountain music. You can even sign up to learn to play an instrument like the dulcimer or autoharp, or to dance one of the classic jigs you’ll see here. Blanchard Springs Recreation Area offers the chance to see the amazing falls, hike on a comfy paved trail, cycle, or fish for rainbow trout. Blanchard Springs Recreation Area is located in the beautiful Ozark-Saint Francis National Forest. A visit to the jaw-dropping caverns in Blanchard Springs Recreation Area is a must. The caverns offer tours, exhibits, and family activities along a hiking trail, and the area includes a popular mountain bike trail too. And, did you know that you can get traditional brick-oven pizza in the Ozarks? You bet. Portico Pizza Kitchen serves up tasty pies, sandwiches, and more. True to Mountain View’s preservation of folkways, Potico is in the same building as a traditional ironworks.

About 80 miles west of Portland, Oregon, Cannon Beach sits along four miles of Pacific shore. William Clark (of Lewis and Clarke fame) landed in the then-quaint town in 1805. It remains just as quaint today, not least because giant chains like Walmart are forbidden from opening in order to preserve the small town feel. Its indie spirit is evident everywhere, from the annual sand-castle building contest to the low-key yet elegant Nehalem Bay Winery, to Sweet Basil Café, which specializes in Cajun and Creole fare prepared with fresh ingredients.

We love the welcoming little town of Philipsburg, a short drive south of Interstate 90 in Montana’s Granite County and a fun place to stop on the way to Yellowstone National Park. The Sapphire Gallery teaches visitors how to find beautiful raw sapphires hidden in a pile of local dirt and gravel. Next door to the Sapphire Gallery, The Sweet Palace entices visitors with the thick, intoxicating aroma of taffy, fudge, and other delights. Tommyknockers restaurant serves up comfort food like burgers and lemonade, plus pints of a refreshingly light craft beer (especially refreshing if you’re visiting in summer), brewed just down the street at Philipsburg Brewing Company. The Broadway Hotel looks like an Old West lodging, but each room is unique and delightful, decorated in the style of a particular travel destination from around the world. They serve up a hearty breakfast of home-baked quiches, pastry, and more, and boast one of the most welcoming, generous pet-friendly policies you’ll find in any hotel.

#8 MILFORD, PENNSYLVANIA
The hip revival of a glamorous resort town.

Milford, which sits 85 miles west of New York City in Pennsylvania’s Pocono Mountains, has seen high times and low times since the mid-1800s, and today it’s in the throes of very high times. Arguably its greatest renaissance, though, happened in the mid-19th century when it transformed from a rugged area of quarries and logging camps to a resort town for east coast blue bloods (see: President Roosevelt, Andrew Carnegie, etc.) It was such a hot spot that a celebrity chef of the day, Louis Fauchere of NYC’s Delmonico’s fame, went down in 1852 and opened the Hotel Fauchere. The town flourished through World War II and the Hotel Fauchere shut down in 1976 as the town was essentially forgotten. But New York’s summer holiday set rediscovered it in recent years and restored Milford—and the Hotel Fauchere— to its former glory, going so far as to replace the asphalt sidewalks with bluestone slabs quarried nearby and install old-world street lamps. Today, Milford’s historic district consists of over 650 buildings, 400 of which are officially “historically significant.” The best known is Grey Towers, a mansion designed by Richard Morris Hunt, who created the Vanderbilt estate. Amid all these glorious Victorian structures are adorable shops, restaurants, and bars, making this a fine town for a weekend away.

Glens Falls, New York is only four square-miles and has a population of less than 15,000, but you’d never know it, given the variety restaurants, boutiques, museums, breweries, and historic sites there are in this Upstate New York town at the foothills of the Adirondacks. Once a center of the lumber industry, today it’s a charming area that’s a particular draw for sporty types, what with the local West Mountain Ski Resort, which boasts alpine skiing, night skiing, snow shoeing, a tubing park, and cozy lodge. There’s also pond skating and lighted ski trails, plus it’s situated on the Warren County Bikeway, so cyclists have easy access to the rest of the region.

#10 INDIANOLA, MISSISSIPPI
A music lover's mecca on the Delta.

The area roughly between the Yazoo and Mississippi rivers is the American Delta and Indianola, Mississippi is known as its Crown. It’s 135 miles south of Memphis, Elvis country, and just as much of a must-see destination for music-lovers, not least because it’s the birthplace of B.B. King, granddaddy of American blues. That native son is a huge draw to countless fans of American music, who flock to the lively B.B. King Museum, which features films, interactive displays, thousands of artifacts that tell a history of American music, and, of course, live performances. King’s legacy is alive and well at the various clubs scattered throughout the town—the kind that are so genuine and old-school that they don’t even have websites to speak of. Check out Club Ebony, 308 Blues Club and Café, and George’s Lounge for a sense of the scene that shaped music history

From the "coolest comeback" on the Jersey Shore to an arts colony near the Mexican border to a gold rush town in the Golden State, our picks for the coolest communities in the U.S. are as diverse and beautiful as America itself.