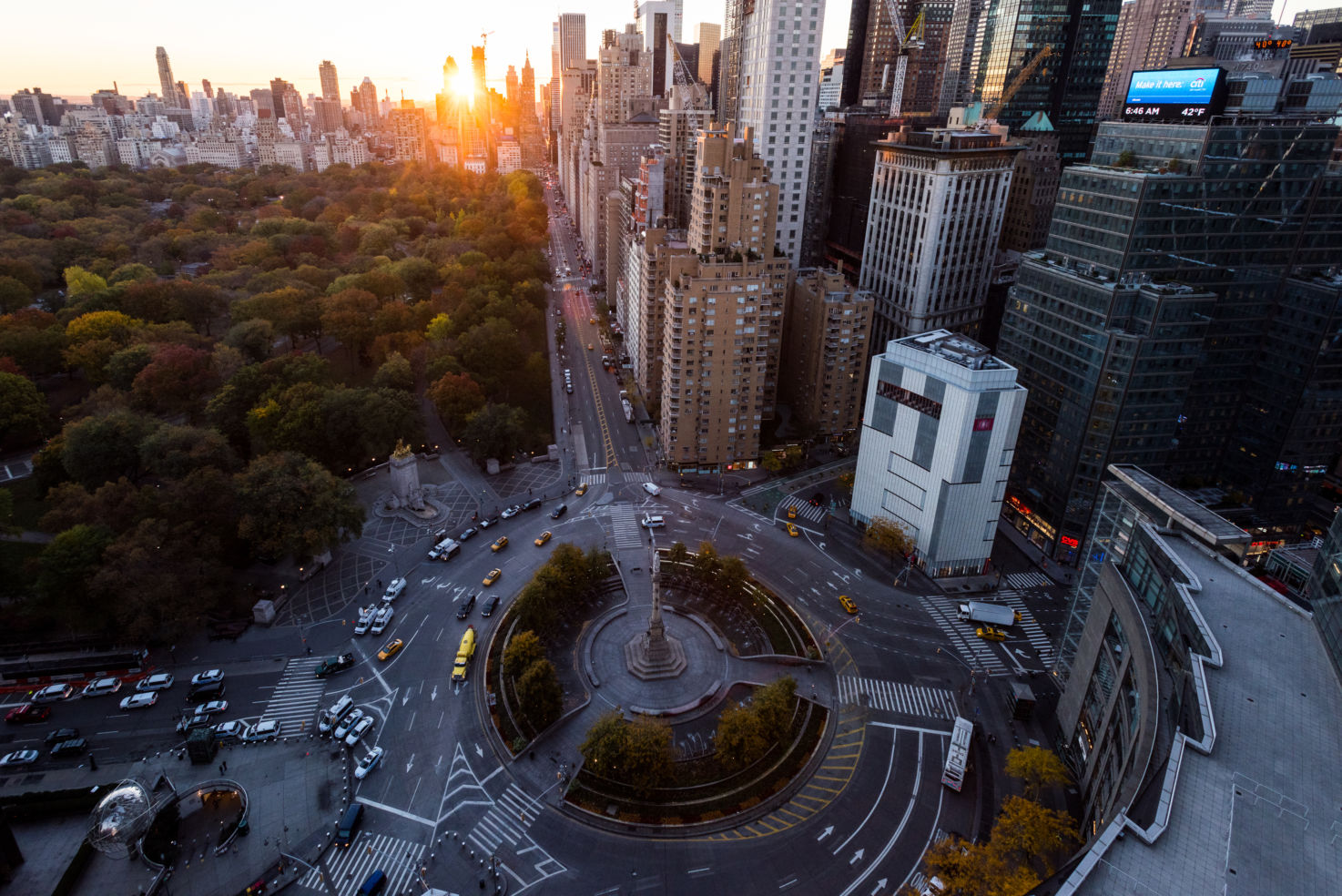 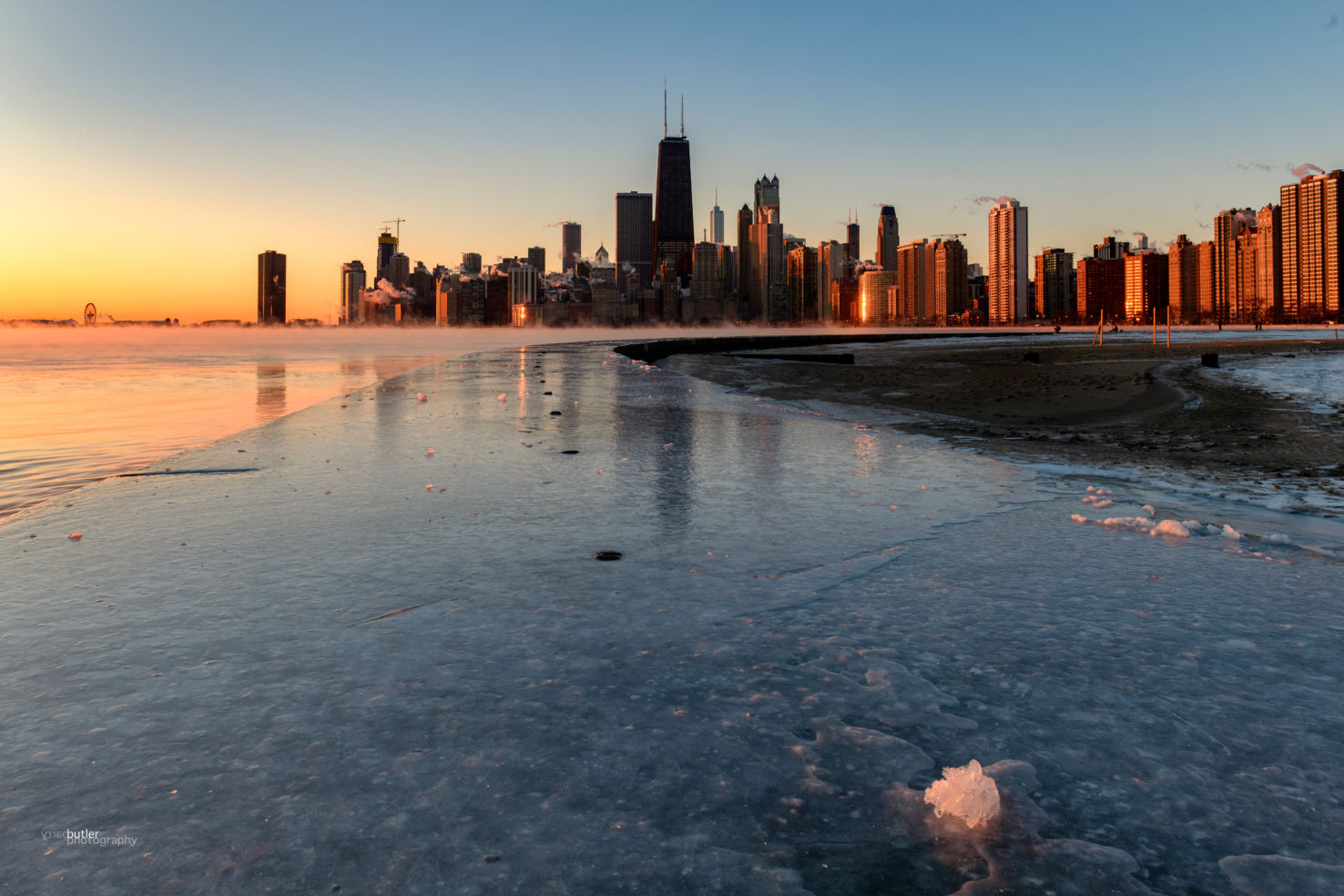 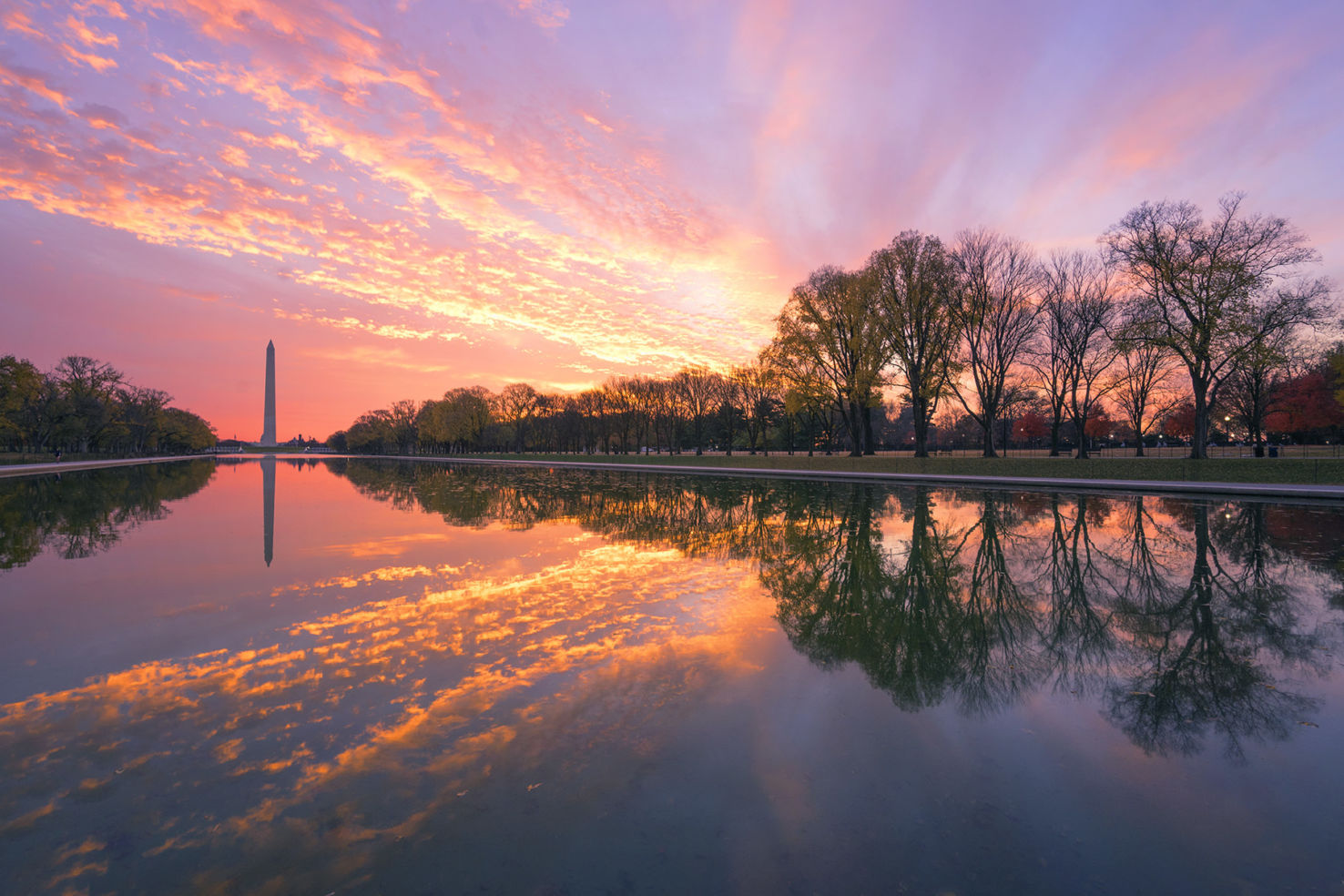 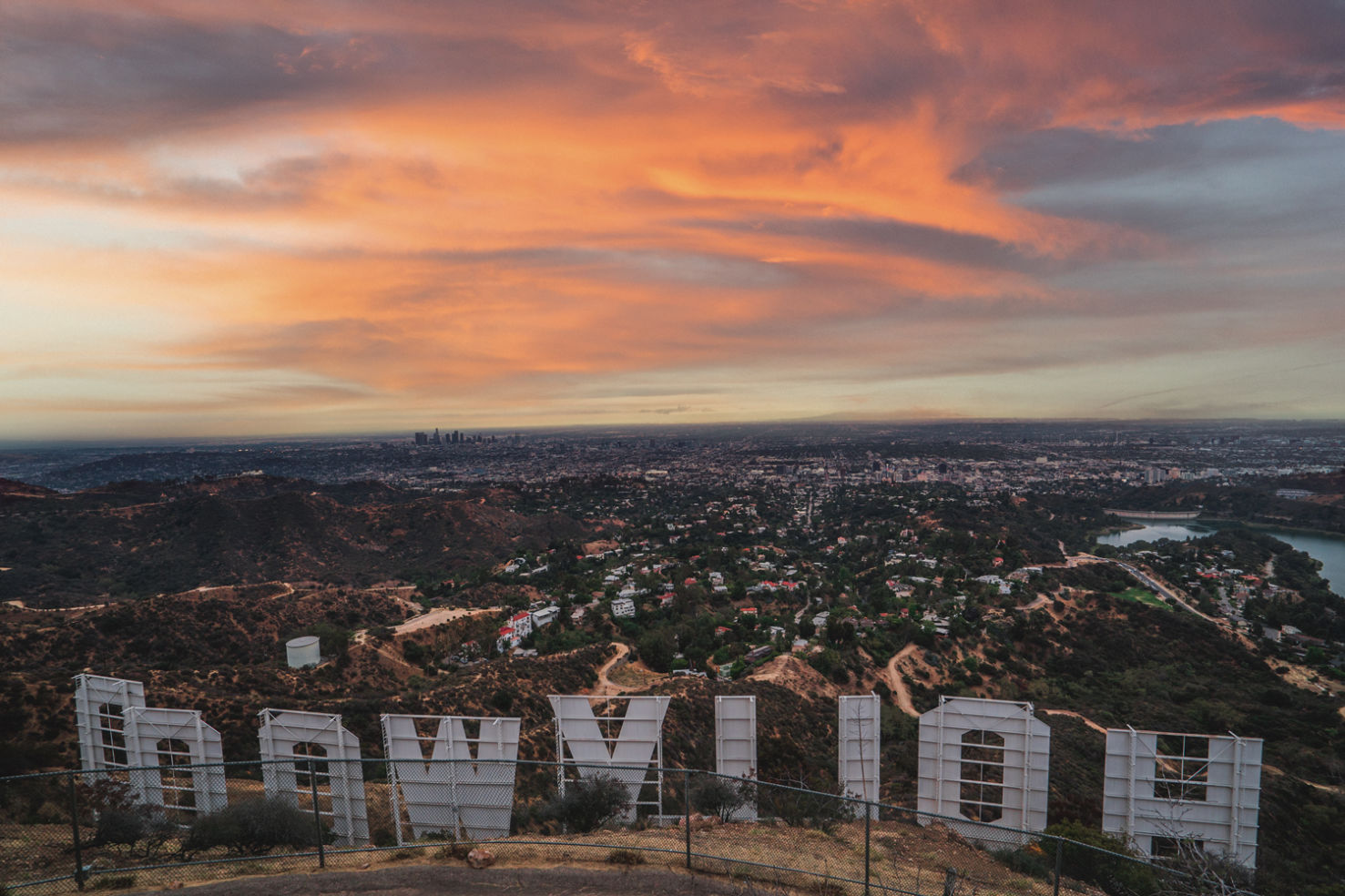 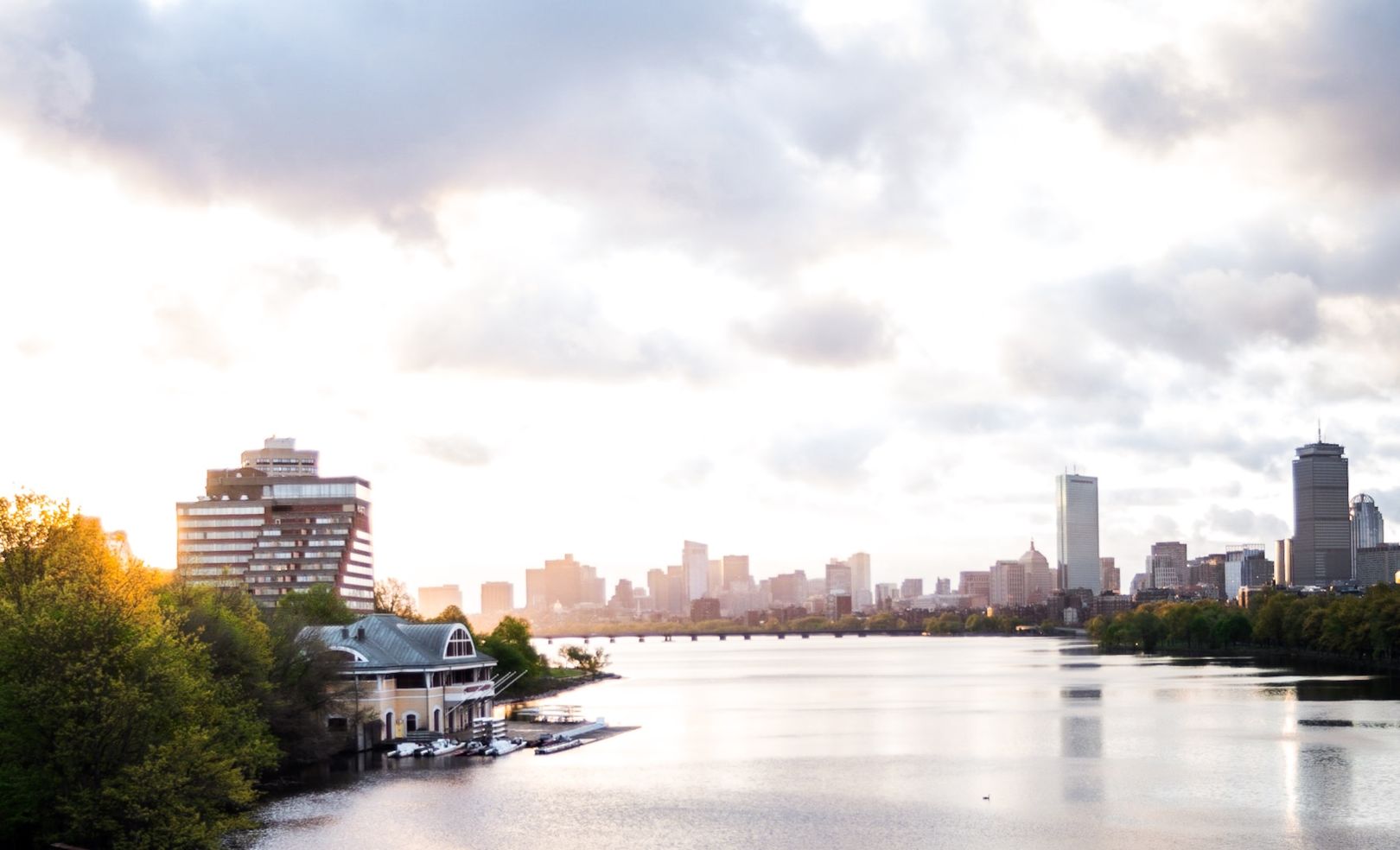 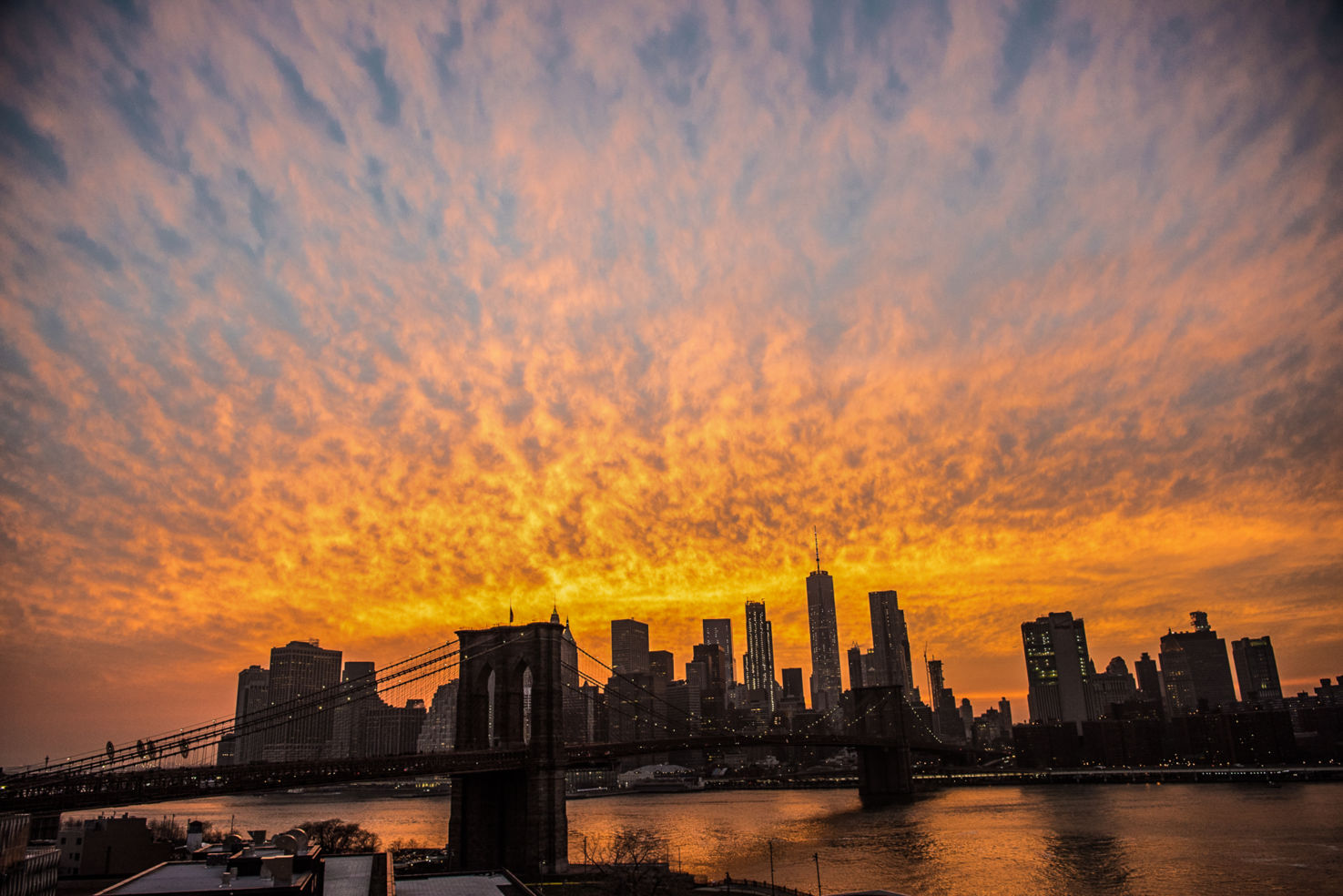 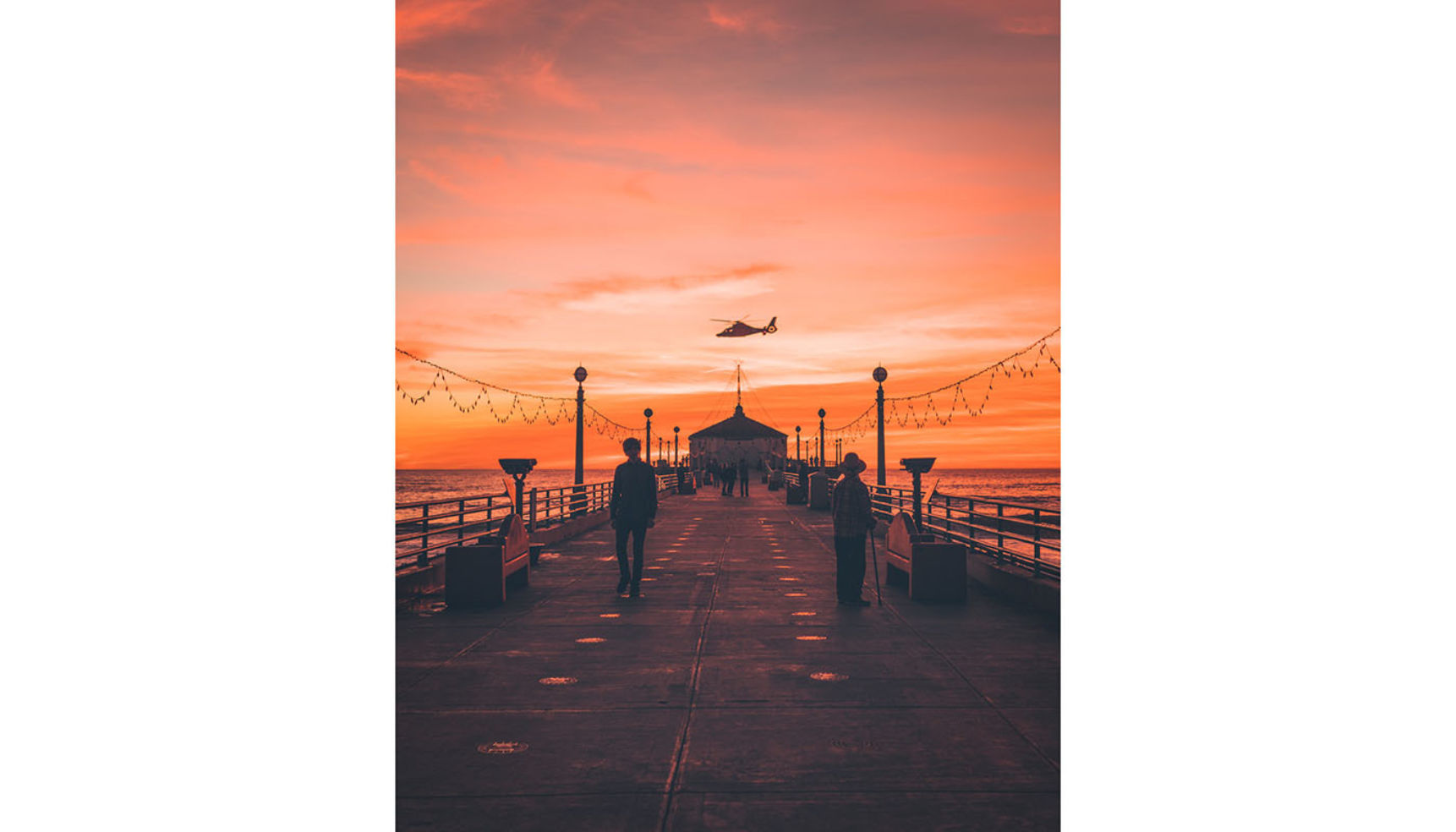 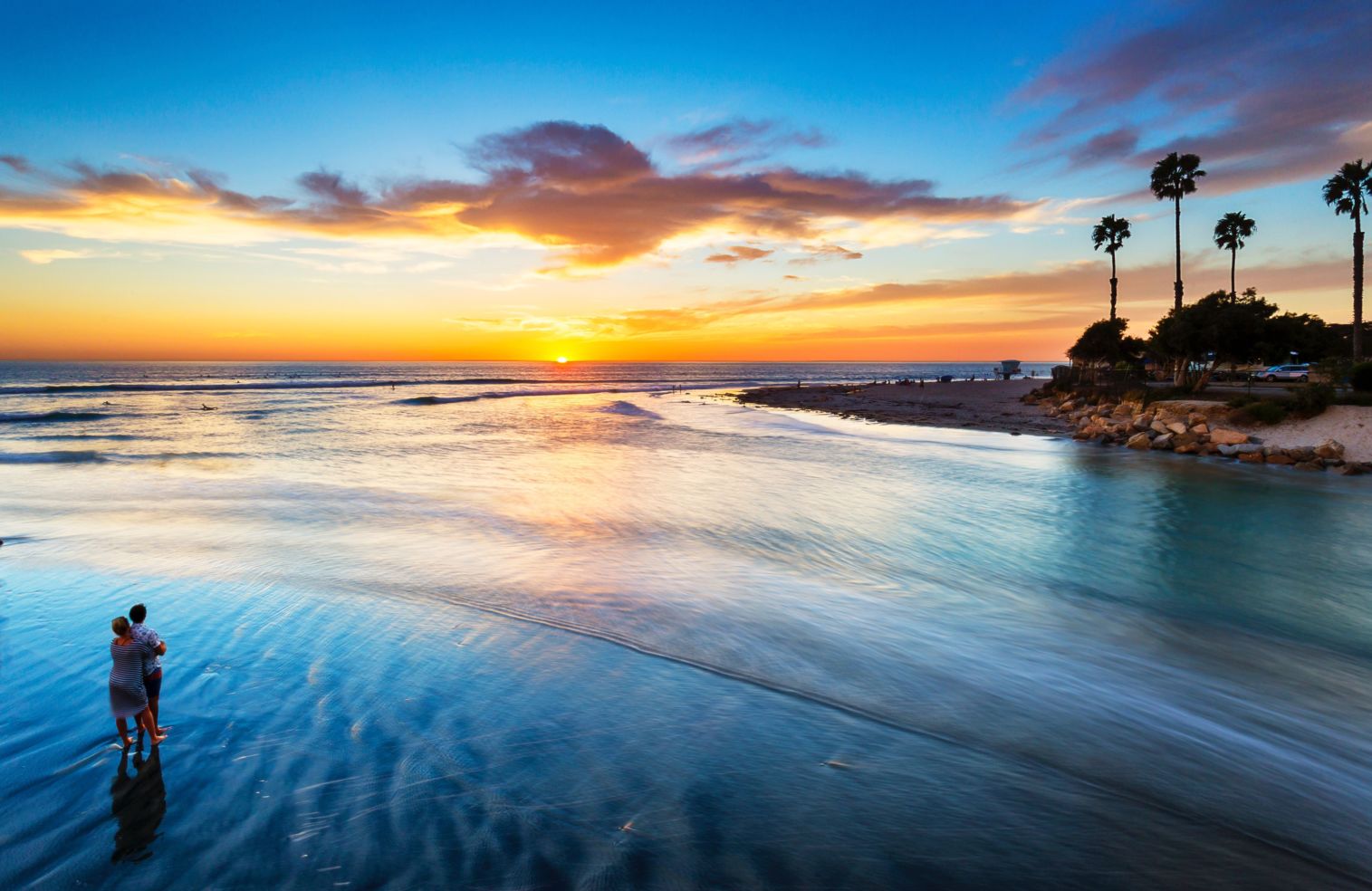 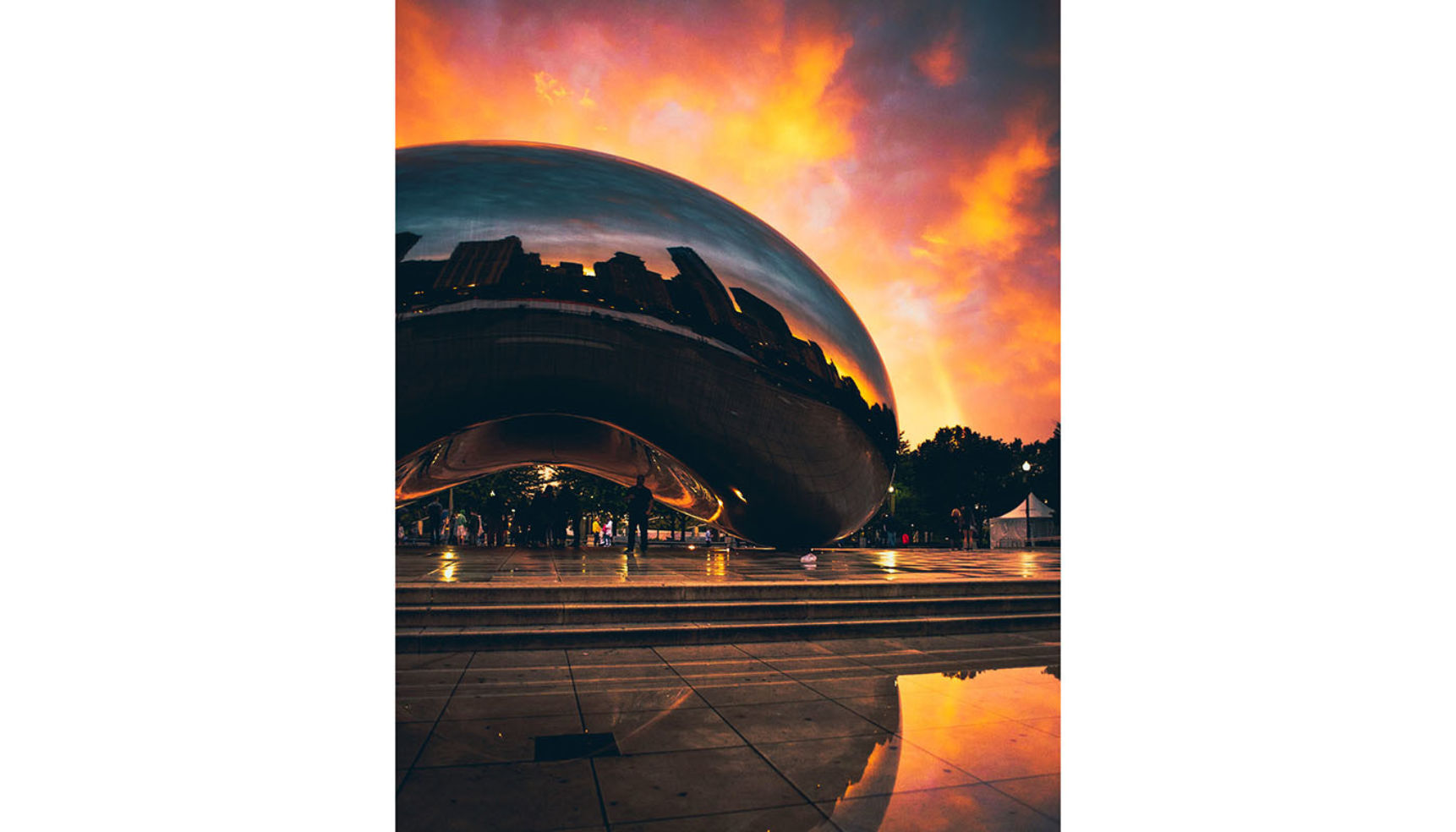 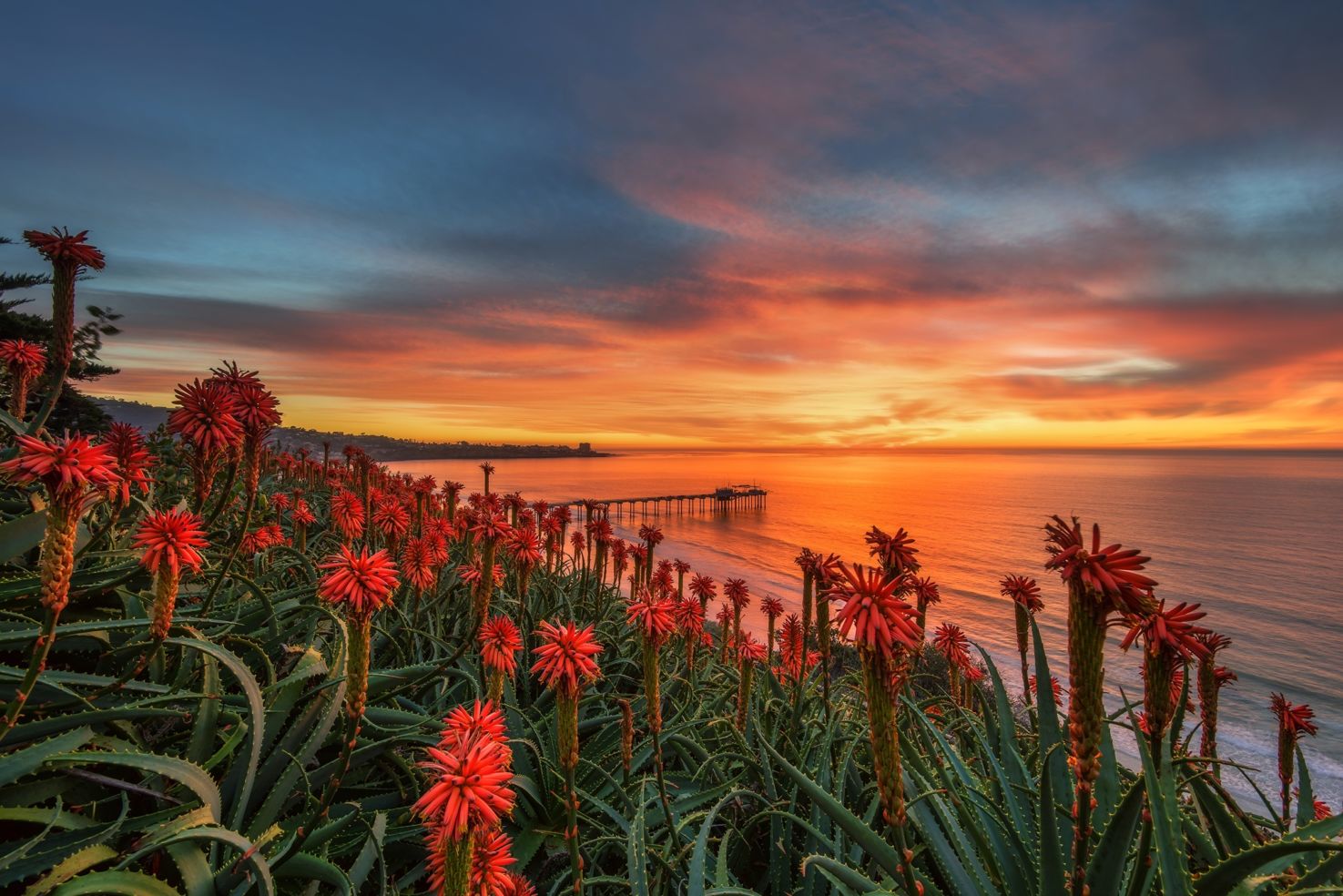 THE 5 MOST HASHTAGGED SUNRISES IN AMERICA

For Brooklyn-based photographer Julienne Schaer, the best way to shoot New York's iconic skyline is from as high a perch as she can find. "I'm always on the lookout for available rooftops or tall buildings with accessible windows that open to allow for different vantage points for photographing the city," she says. "I did some homework and found that the Mandarin Oriental had the perfect rooftop, accessible with permission, with a balustrade I could see over (barely) and an amazing view of Central Park, the buildings on 59th Street, 5th Avenue, and Columbus Circle! I brought my widest-angle lens so I could include the whole of Columbus Circle and photographed as the early sun streamed over the trees of Central Park and the city's stately pre-war buildings."

Midwest photographer Barry Butler knows his sunrises, and he snapped this shot from one of his favorite locations in Chicago. “This image was captured along Lake Michigan at North Avenue," he says. "It’s the closest place in the city to capture all of the major skyscrapers in one photo. It’s in my top ten spots in Chicago, and it’s great anytime of the day.”

D.C. photographer Angela B. Pan is no stranger to daybreak—her feed is full of shots that juxtapose brilliant, early-morning colors with the capital city's national monuments and architectural landmarks. "This image was taken at the Reflecting Pool, right in front of the Lincoln Memorial," she says. "There really is no better place in Washington to catch the sunrise than here."

Few American landmarks are as instantly recognizable as the Hollywood sign, but for local photographer Dylan Schwartz, it offers more than conveniently photogenic cachet. "Since the sun sets over the ocean, for sunrise it’s best to get a view of the entire L.A. basin, and the perch behind the iconic Hollywood sign is one of the best," he says. "You have full panoramic views, the ocean to your right, downtown to the left, and behind you the San Fernando valley."

The sun comes up early in the Northeast, and locals know how to capitalize on Mother Nature's show. "This photo was taken from the Boston University Bridge, which connects the cities of Cambridge and Boston," says Bostonian Oscar Alvarez. "The sun typically comes up straight up behind the Boston skyline. It's one of my favorite locations to shoot—super-accessible either by car, train, or bus, two minutes away from downtown. A sunrise that won’t disappoint, guaranteed."

THE 5 MOST HASHTAGGED SUNSETS IN AMERICA

New Yorker Julienne Schaer took this shot from the window of her apartment, a converted office building in Dumbo, Brooklyn, and while that exact location isn't accessible to everyone, the neighborhood as a whole—especially Brooklyn Bridge Park—offers a great look at the city. "I've never had a view this expansive before, so it has been a real education to see the sun's paths—where, when, and behind what part of the NYC skyline it will set," she says. "In summer, it sets to the right of the One World Trade building, but in winter it sets far to the left of the Statue of Liberty. The changes allow for many different beautiful angles of the light for sunset, which I’ve tried to capture whenever I can. I took this shot after a day in front of my computer, and I couldn’t believe how magnificent the clouds were."

What's a West Coast sunset without an oceanfront shot? "Manhattan Beach Pier is amazing classic California pier, with incredible views both on and under the pier," says L.A. photographer Dylan Schwartz. "There are great photos to be taken from the pier, but only on the beach, as the pier makes a great compositional element to include in your sunset beach photo. Don’t forget to go directly underneath for some iconic symmetry."

Nothing says "California dreaming" quite like cotton-candy clouds reflecting off the water with palm trees in the distance. "This image is from Cardiff Reef in Encinitas, right on Highway 101 on the river-mouth overpass—I love shooting there whenever the tide is high," says local photographer Marcel Fuentes. "I have always had this image in mind, and it just so happens there was a couple watching the sun go down. I knew right then it was going to be a keeper."

Though downtown Chicago's famous Bean sculpture is mainly known as a tourist spot, photographer Andrew Glatt says it's also a good place to take all kinds of photos. "This particular day, I was out shooting in the pouring-down rain," he says. "I had never shot the Bean in the rain before, so I headed there, not knowing I was in for one of the best sunsets I've ever seen." Though Glatt came away with a great capture this time, he normally prefers to shoot sunsets elsewhere. "My favorite spots in the city to catch a sunrise or sunset would have to be North Avenue Beach, the Adler Planetarium, or 360 Chicago at the top of the Hancock tower," he says. "Can't go wrong with any of those!"

Though it's technically part of San Diego, La Jolla's winding coastline and ocean views are irresistible to the Instagram set, earning the beachside community its own place on the list. “I shot this image on a bluff top above Scripps Pier," says photographer John Bahu. "The flowers are aloe—they bloom once a year in January for about a month. It is a go-to spot for me because I love the exotic look the flowers have on the foreground with the ocean, pier, and La Jolla peninsula in the distance.”

Sunrises and sunsets are supremely Instagrammable, and we've rounded up the most popular cities in the U.S. for capturing those gorgeous golden hours.

Instagram is full of stunning skyscapes, but which locations are photographed most frequently? For aspiring photographers and social-media addicts alike, London-based travel operator On the Go Tours examined the hashtags and created an interactive map of the top international destinations for #sunrise and #sunset snaps.

THE BEST PLACES TO SHOOT IN THE U.S.

Closer to home, we've rounded up some of the best examples of the genre right here in the U.S., along with advice from top local photographers on where to shoot and how to make your shots stand out from the crowd. (Check out our slideshow, above.)

Follow us @budgettravel and tag your best shots with #MyBudgetTravel, and we'll share our favorites with the world.