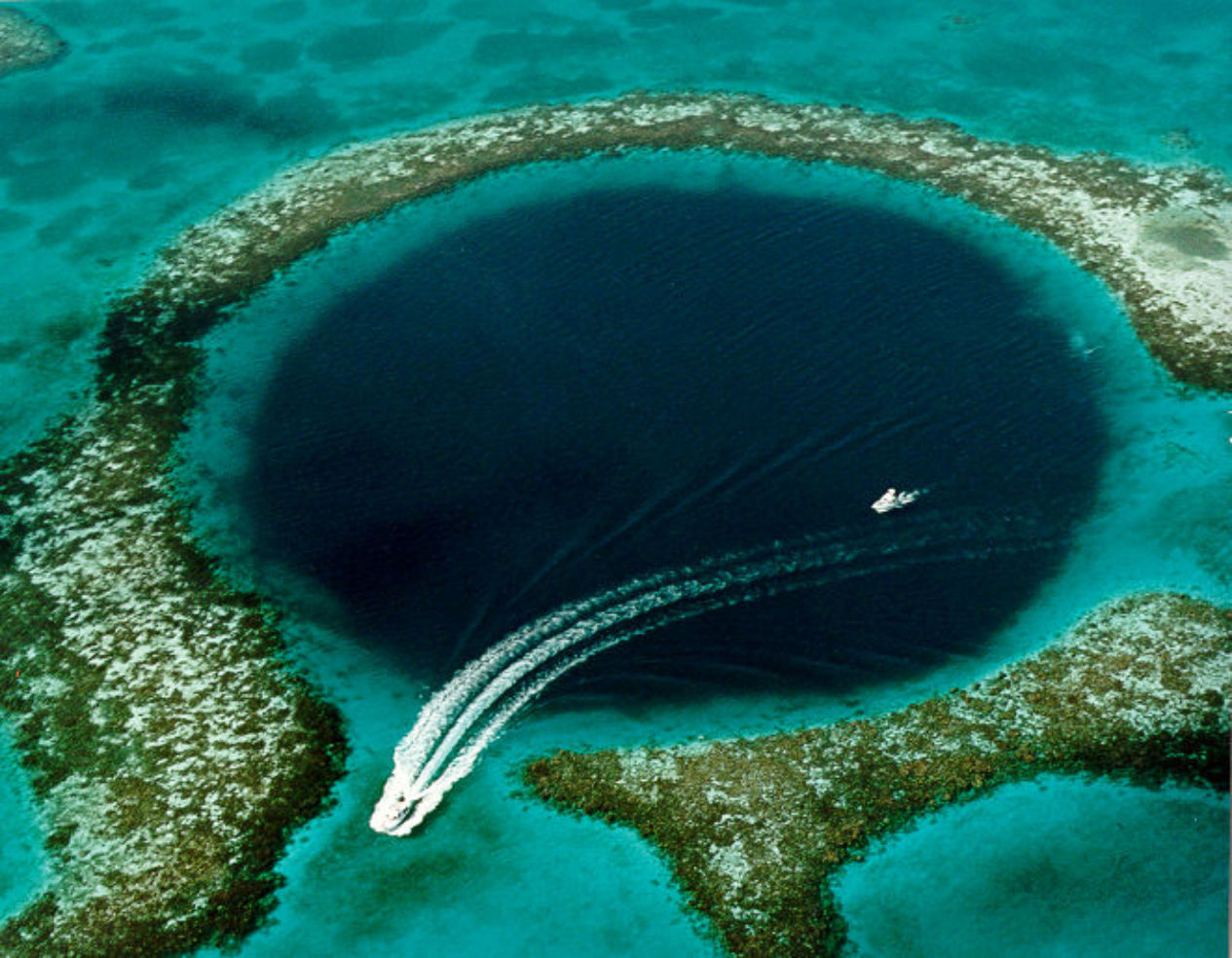 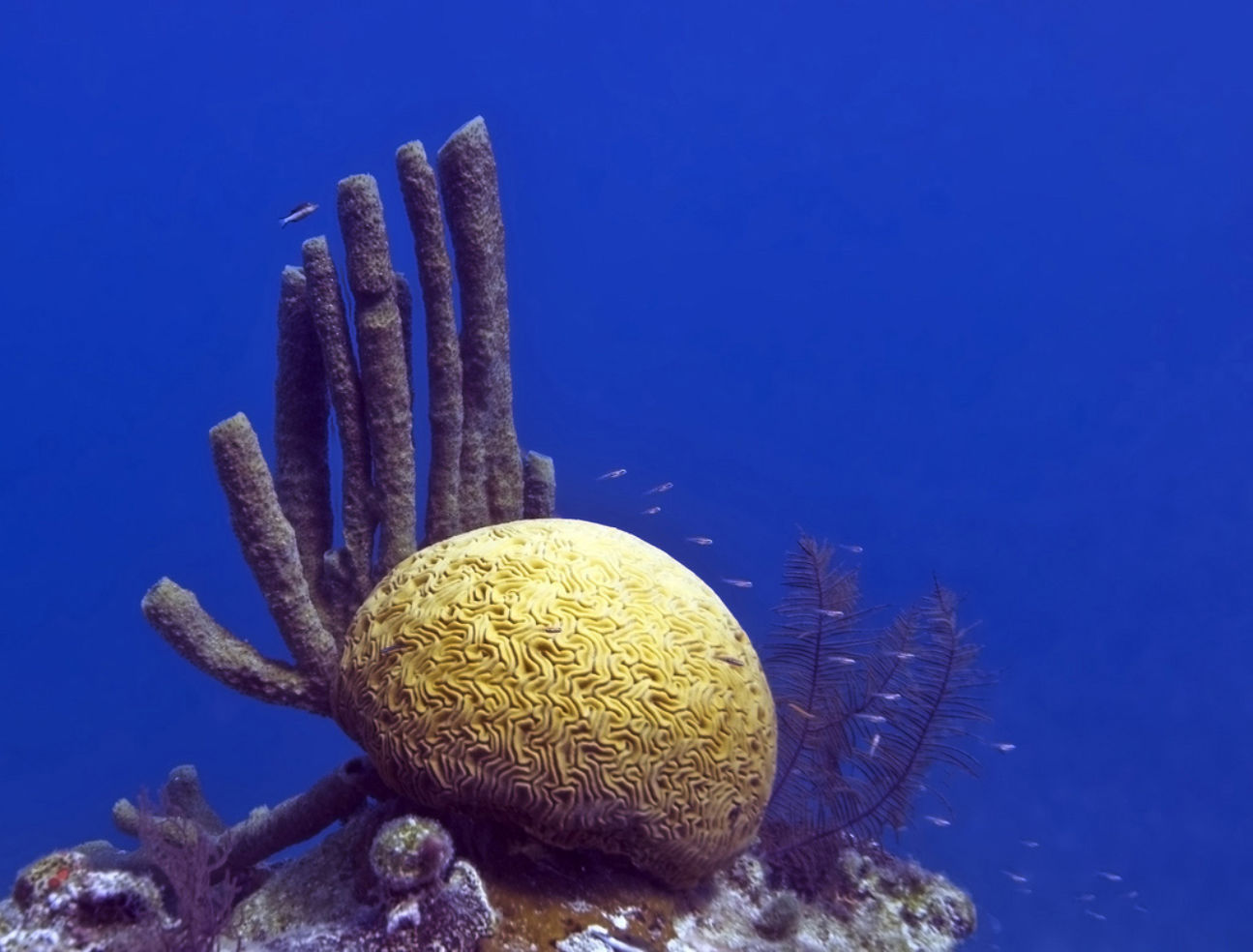 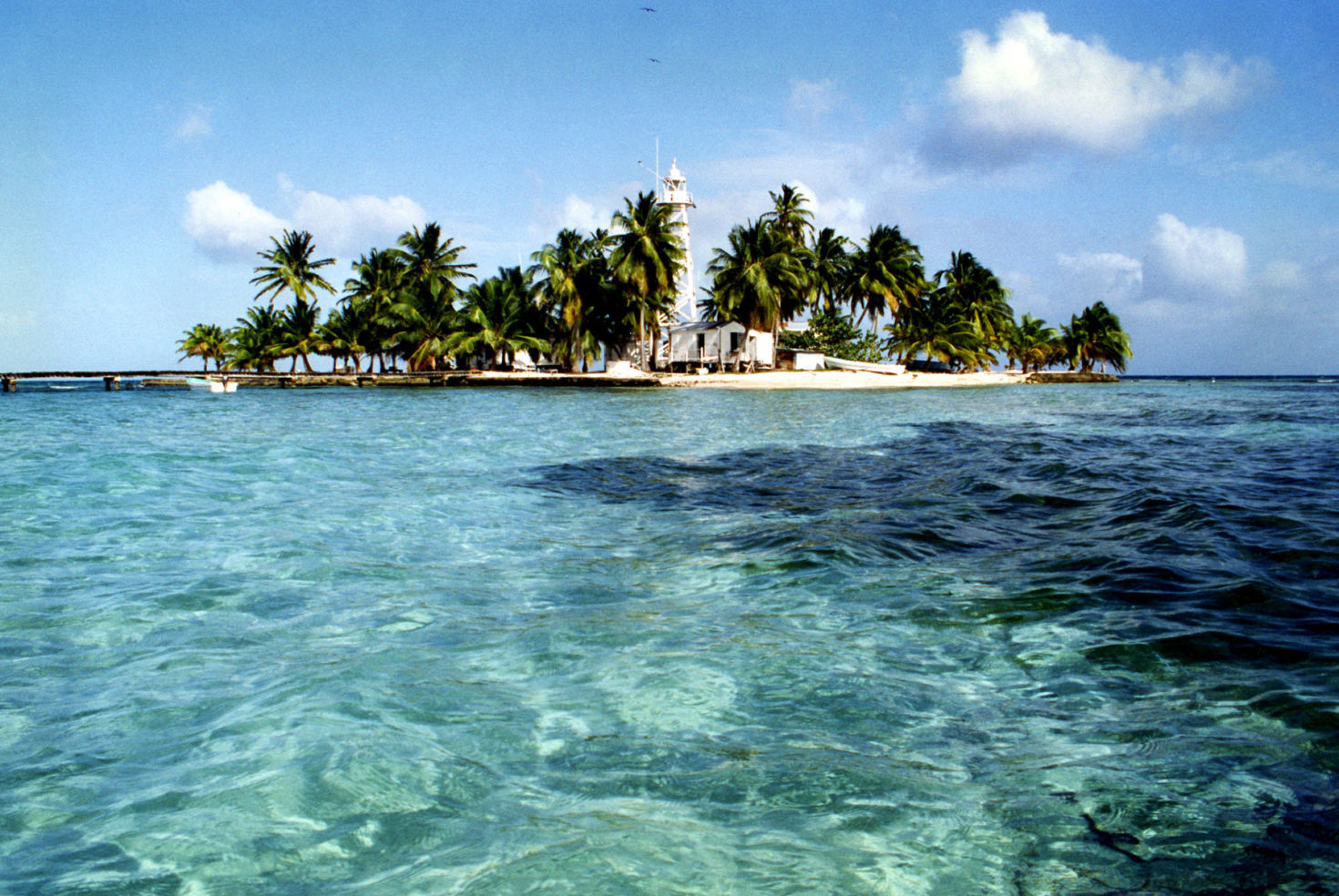 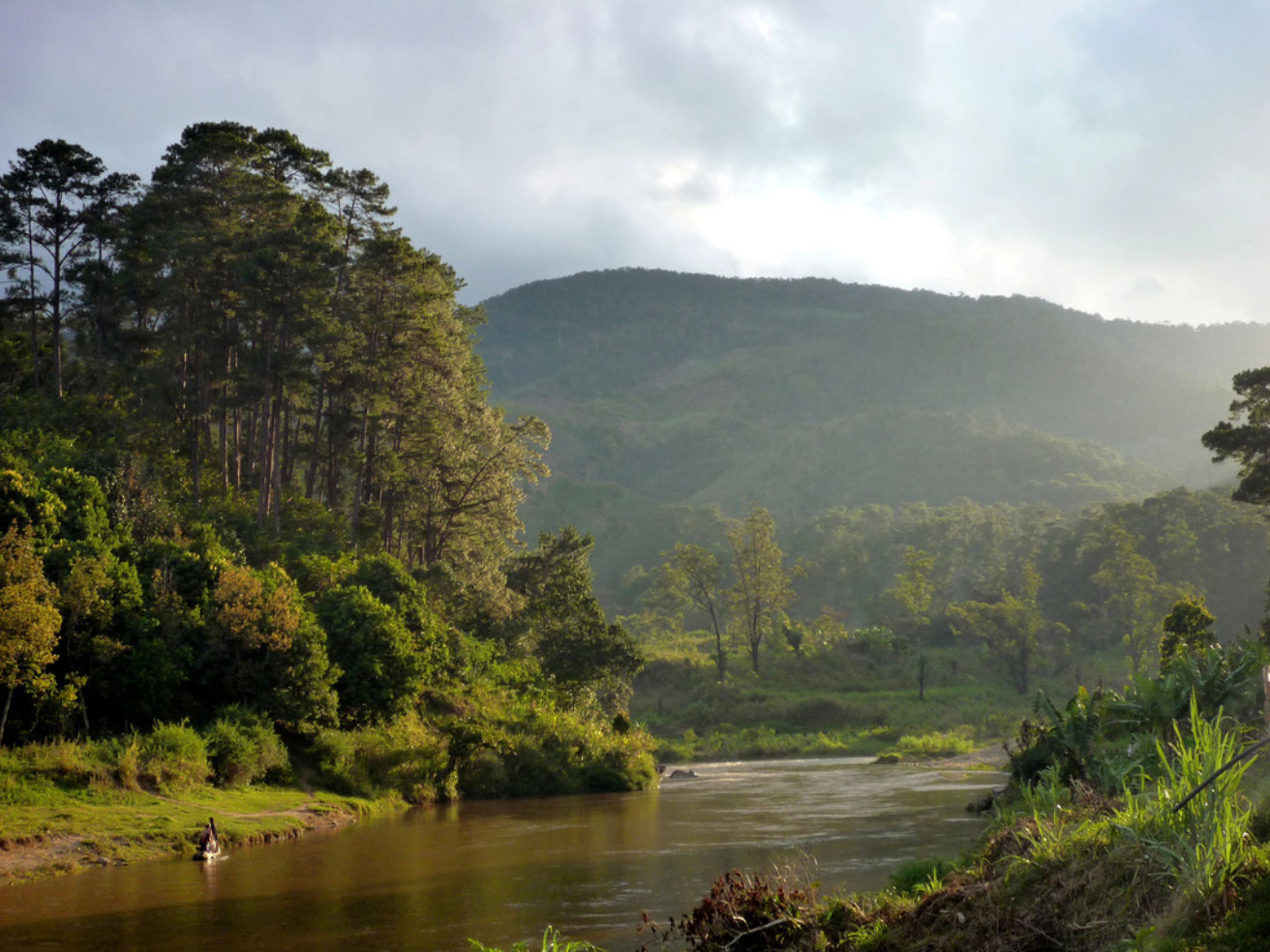 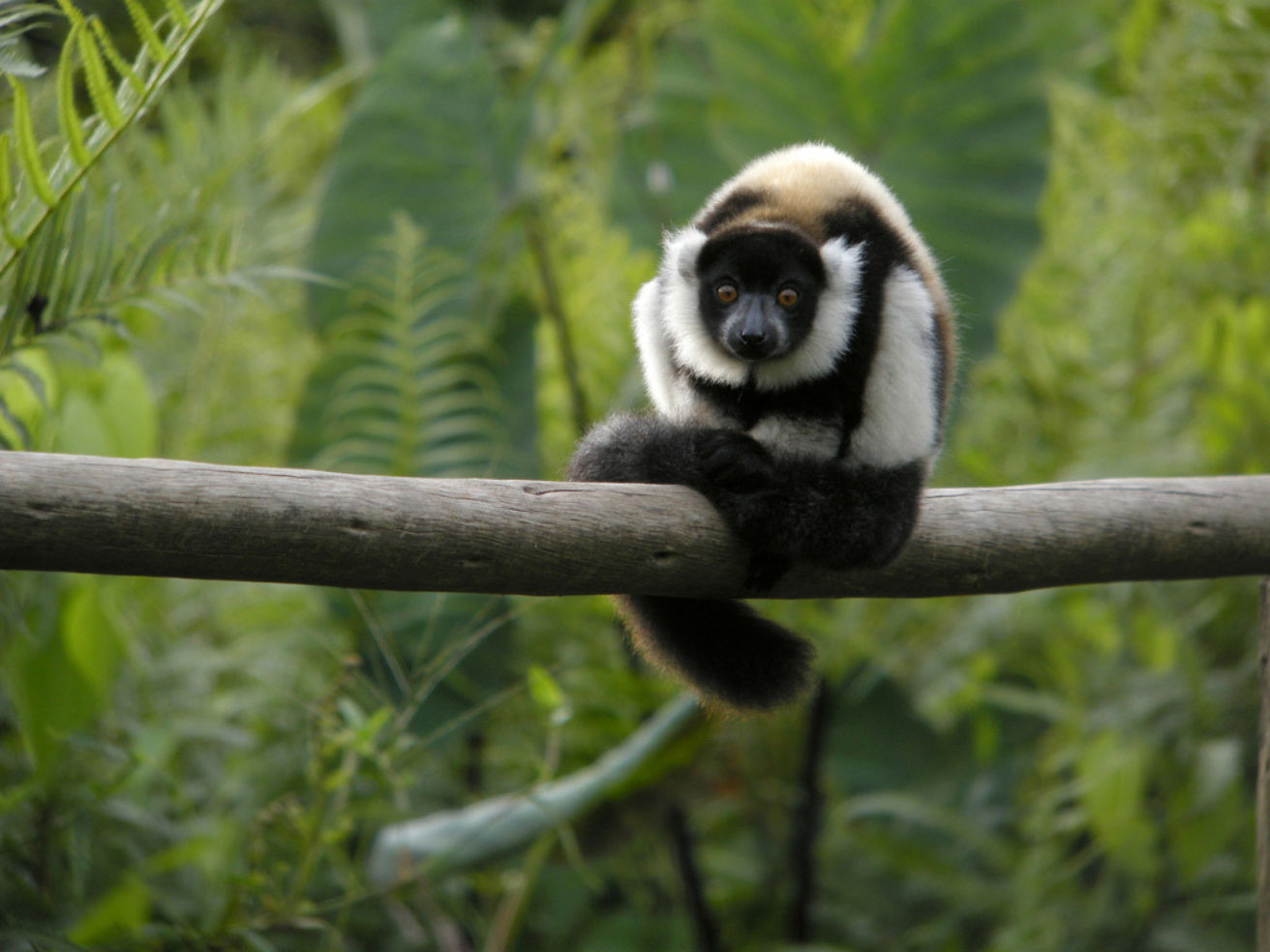 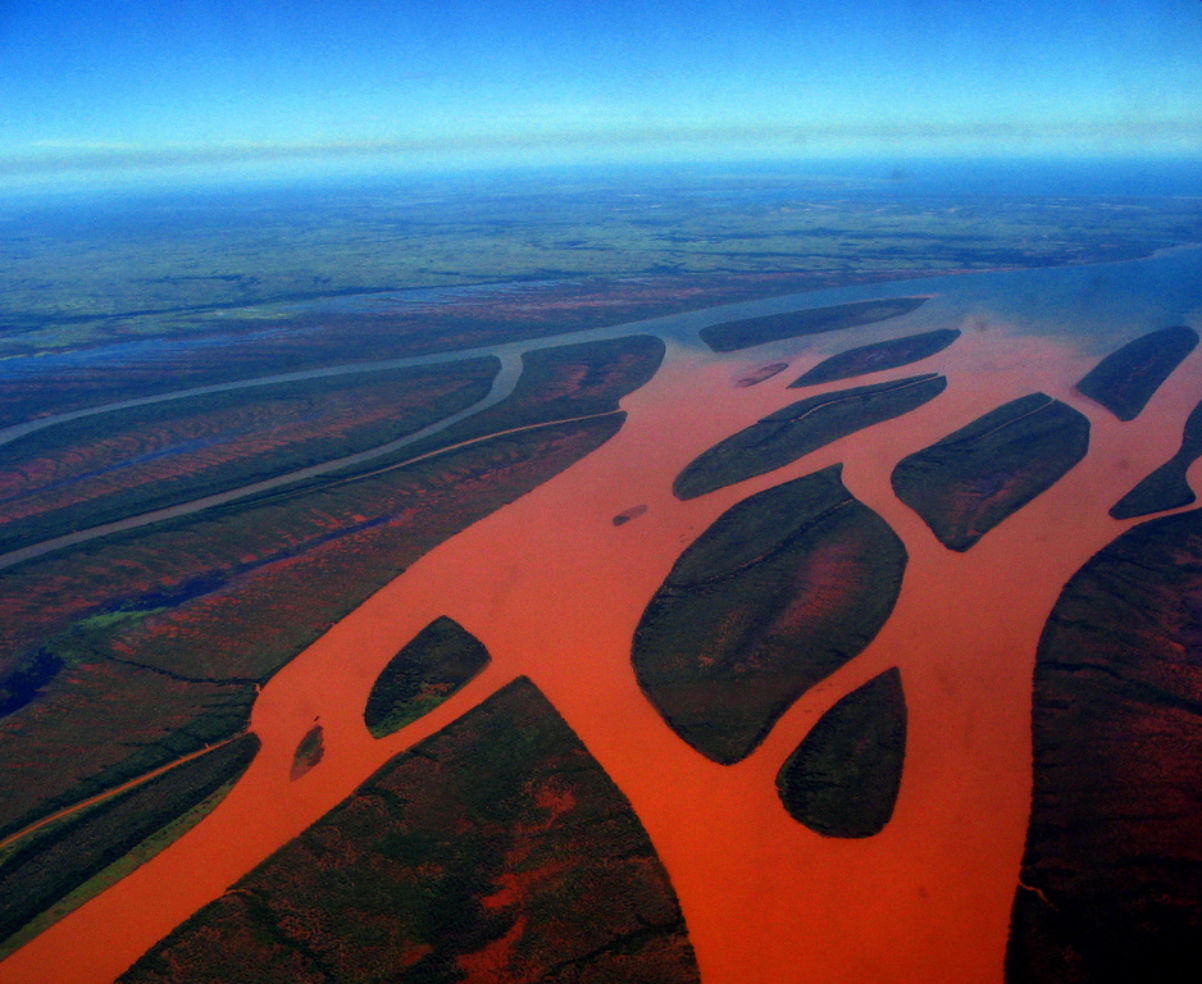 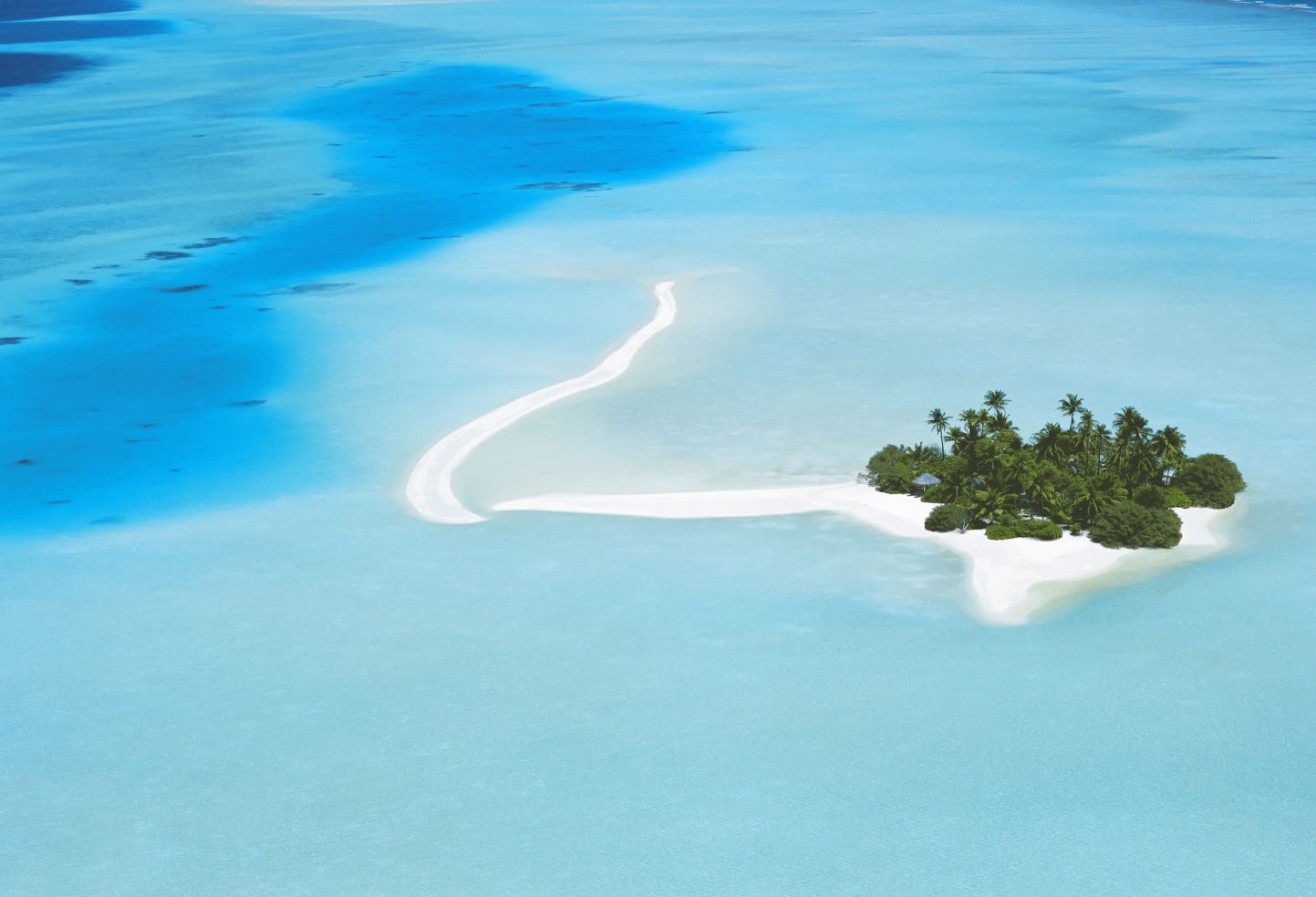 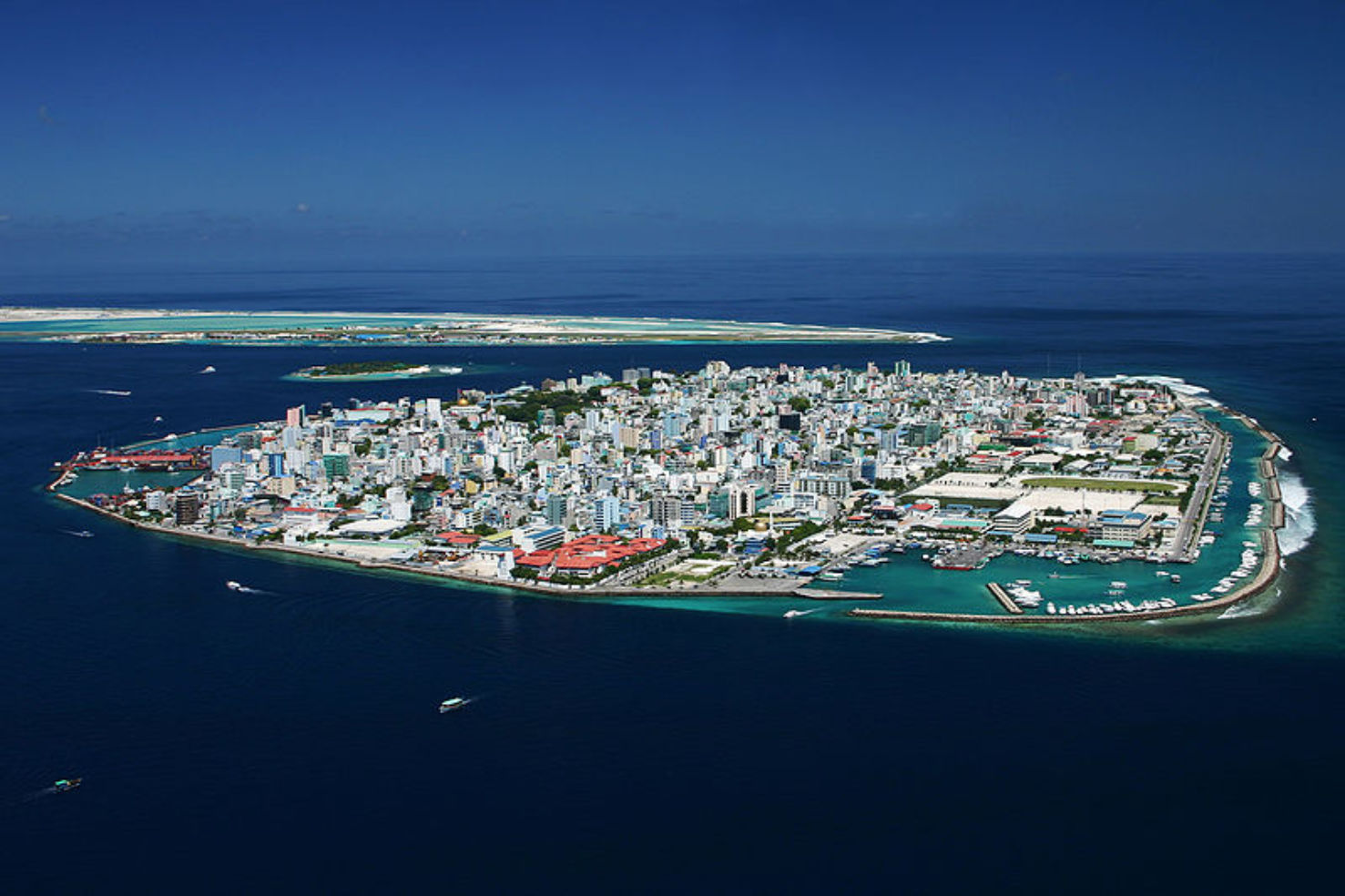 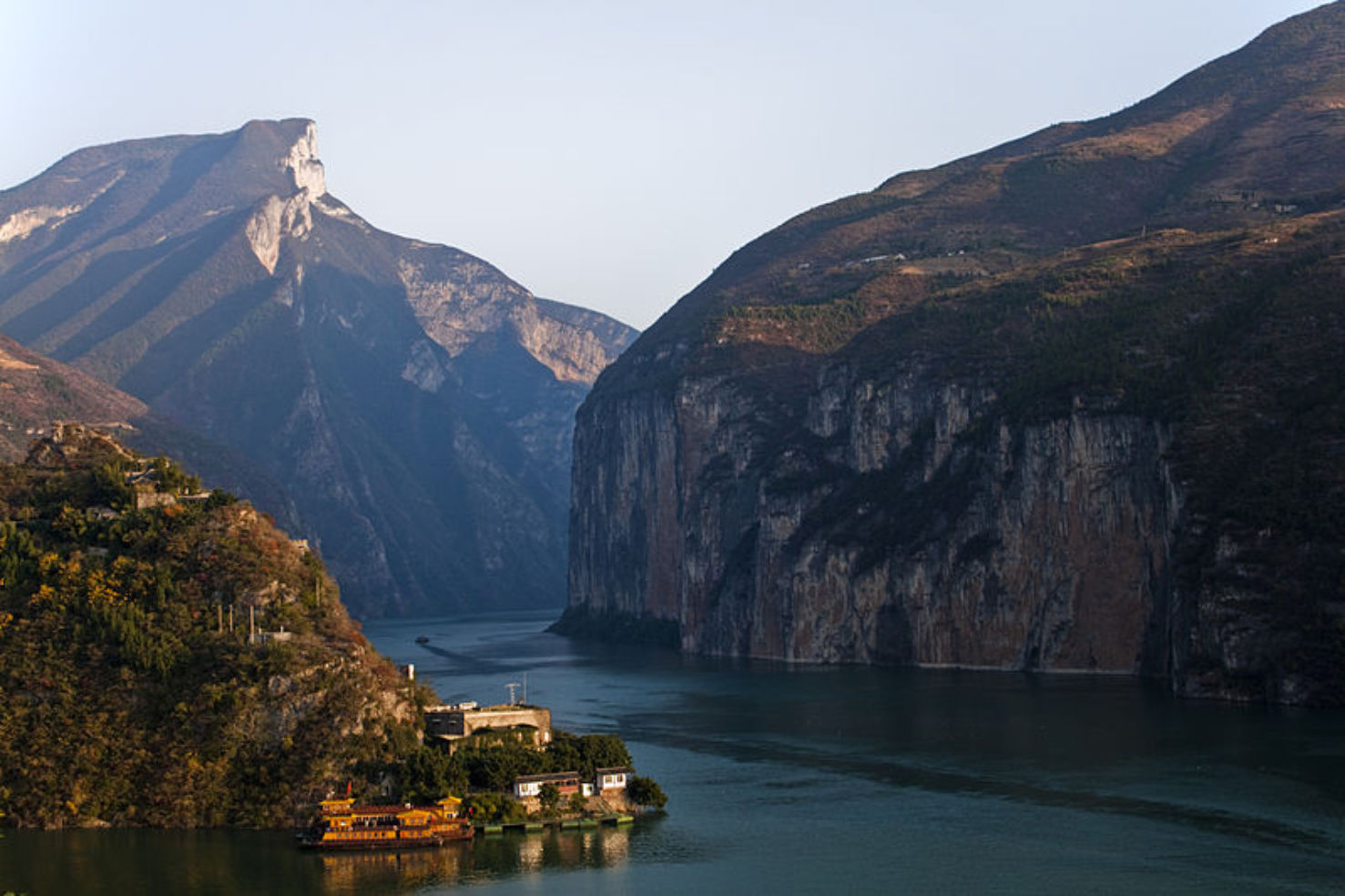 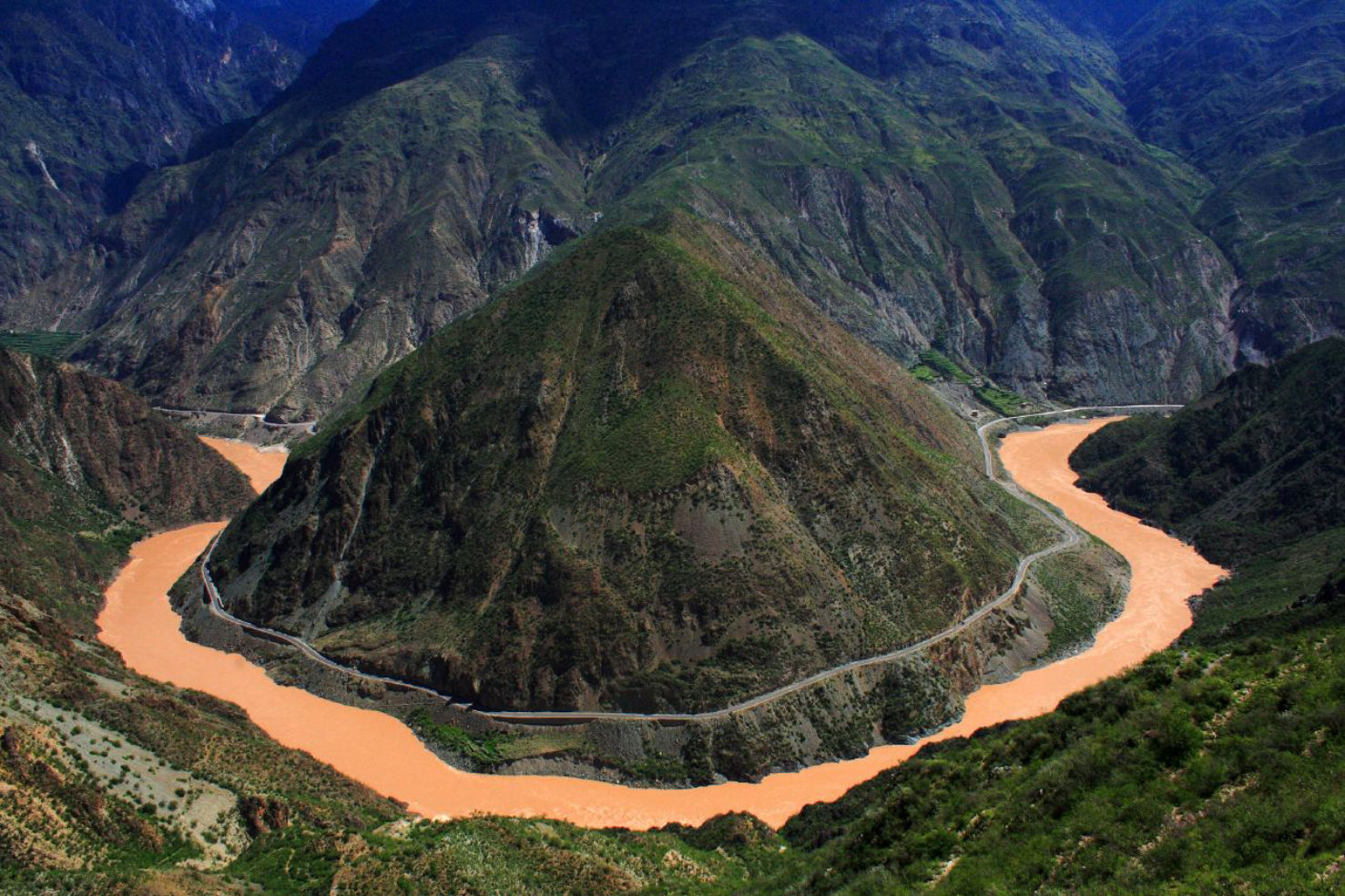 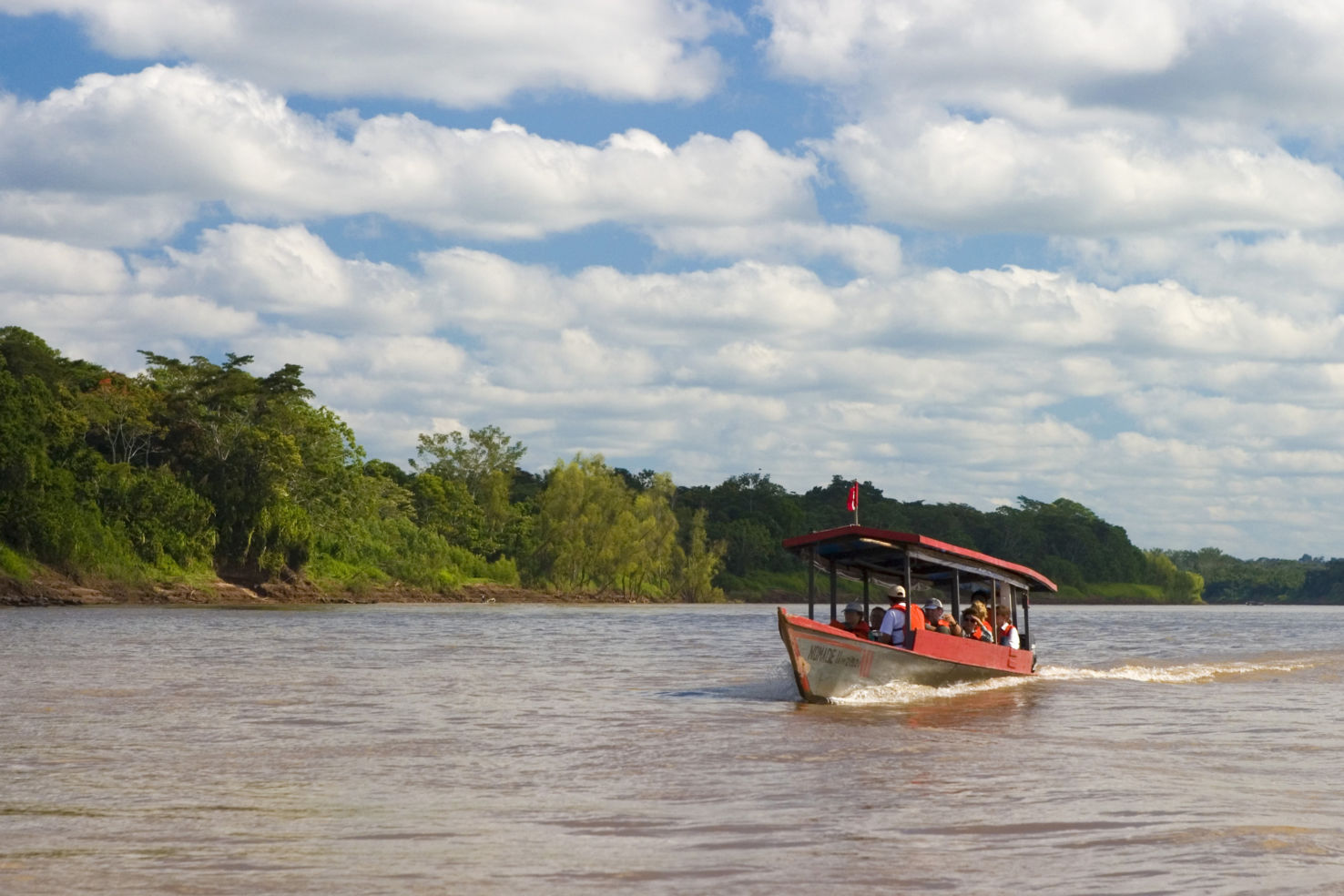 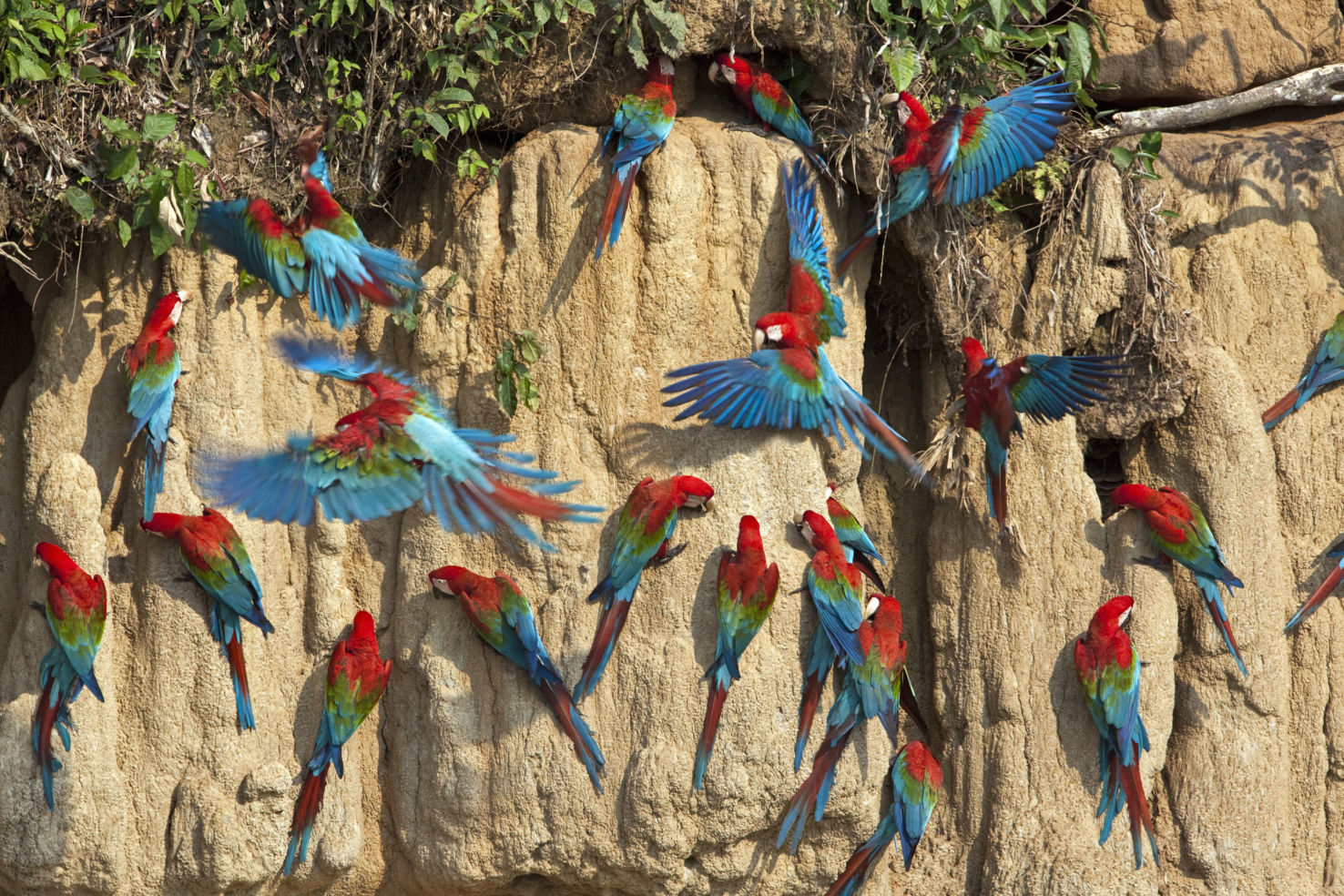 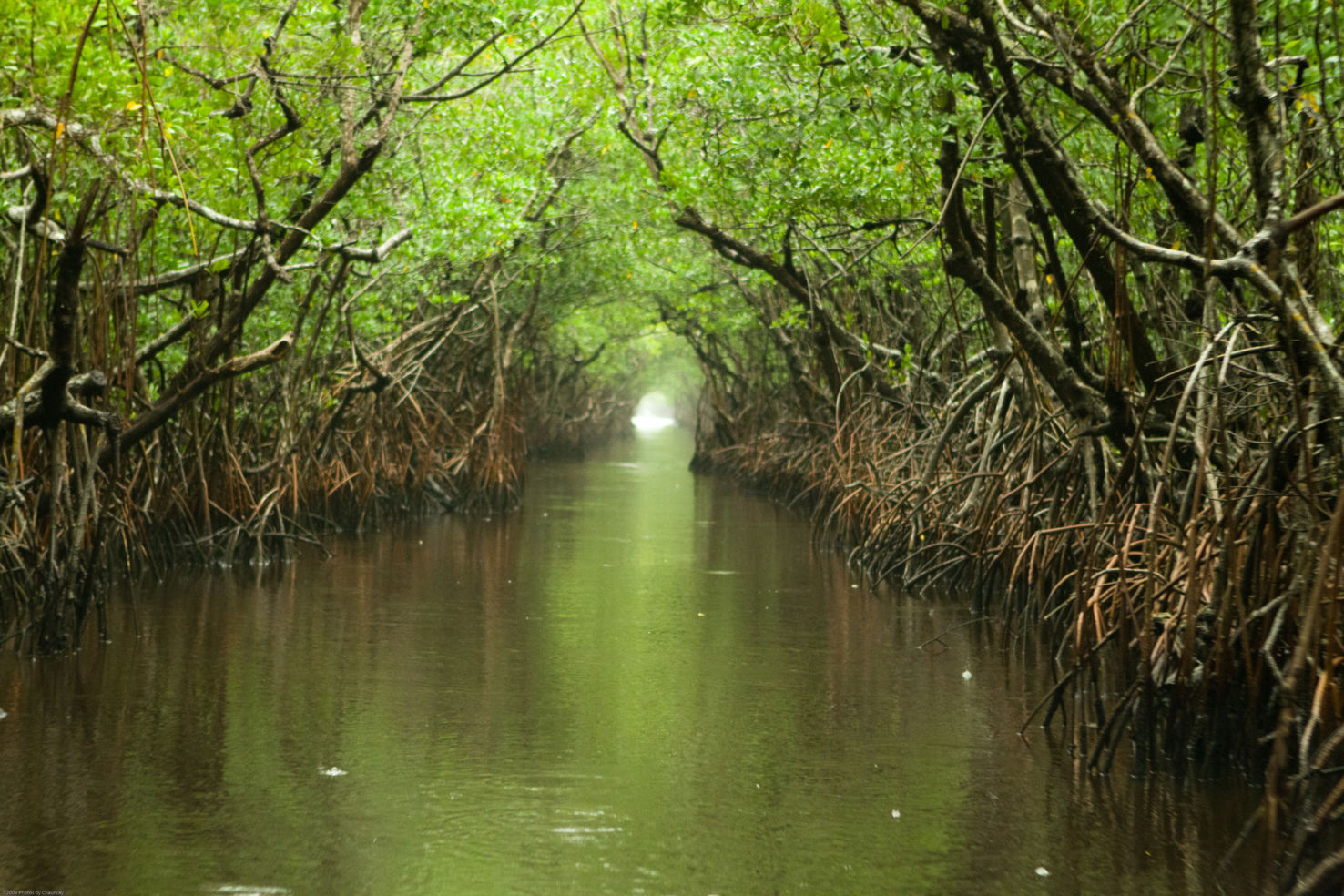 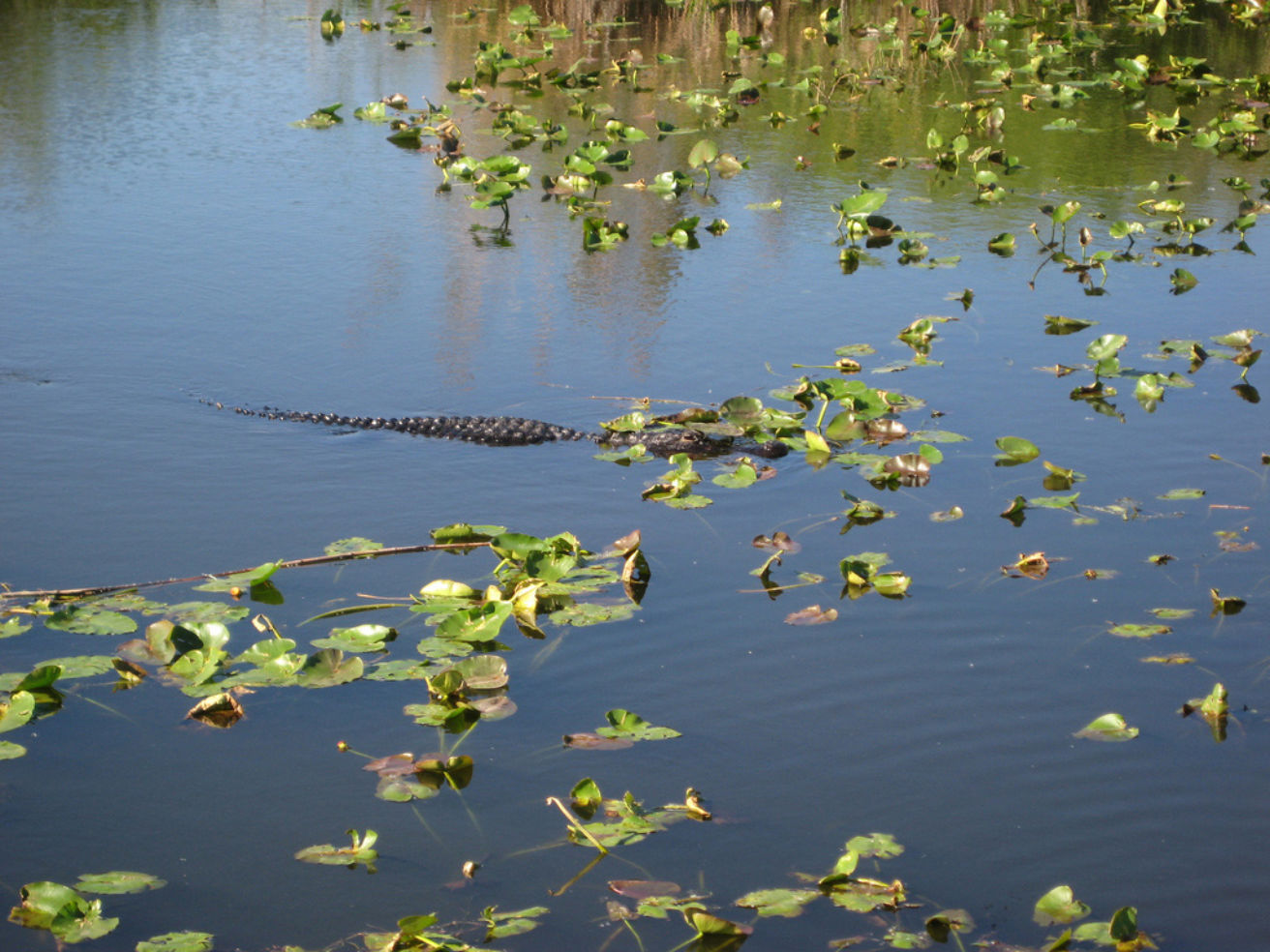 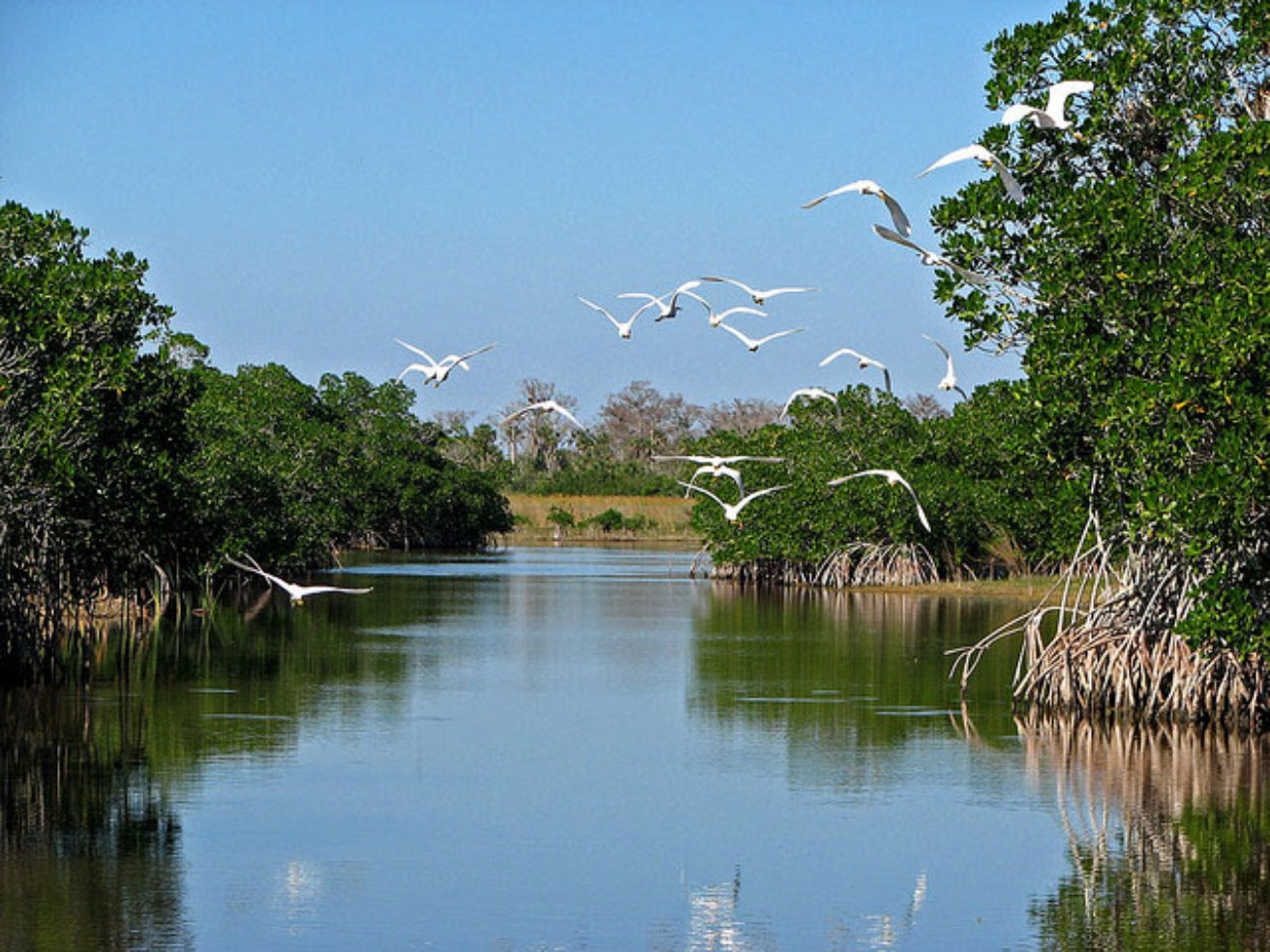 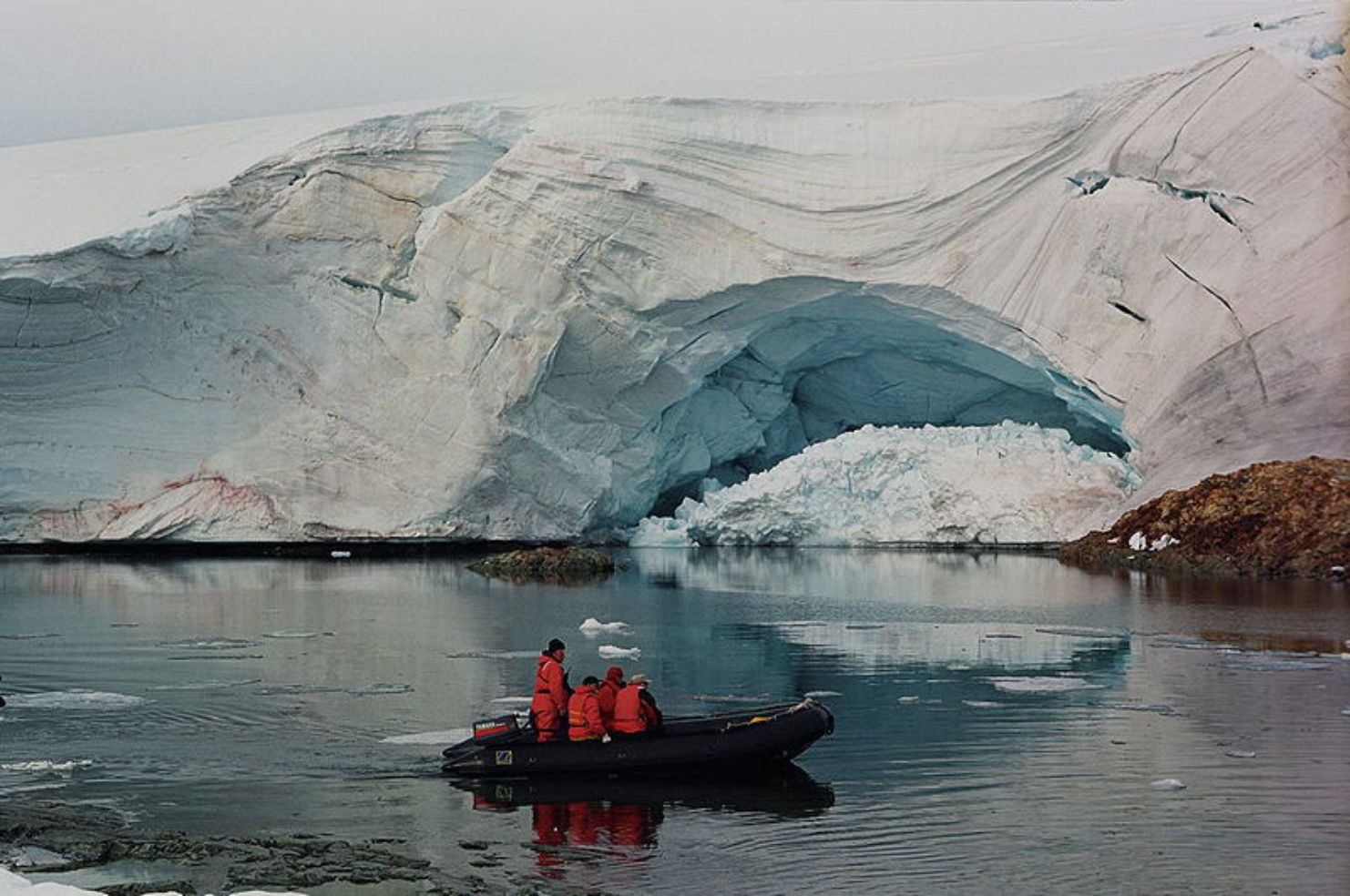 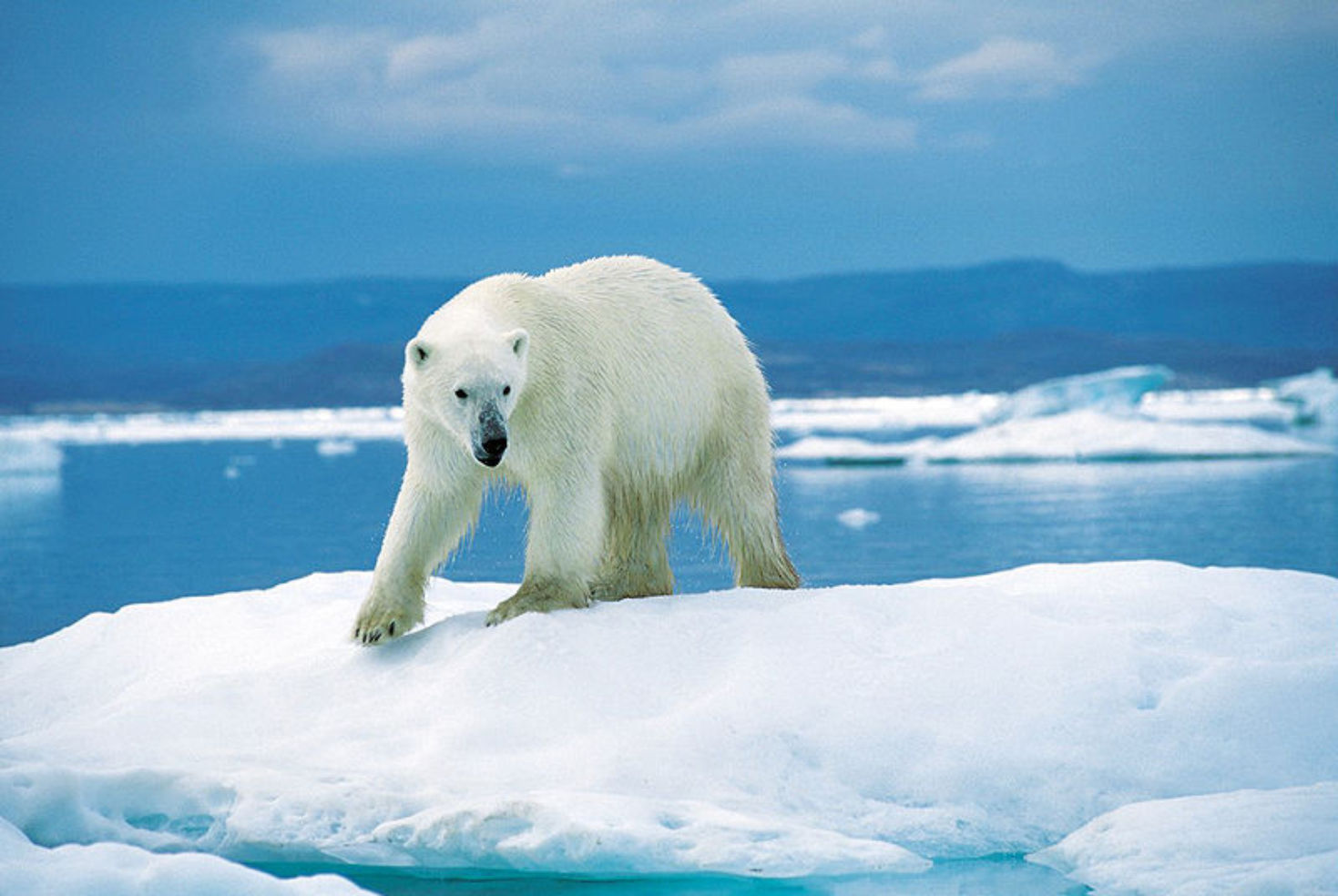 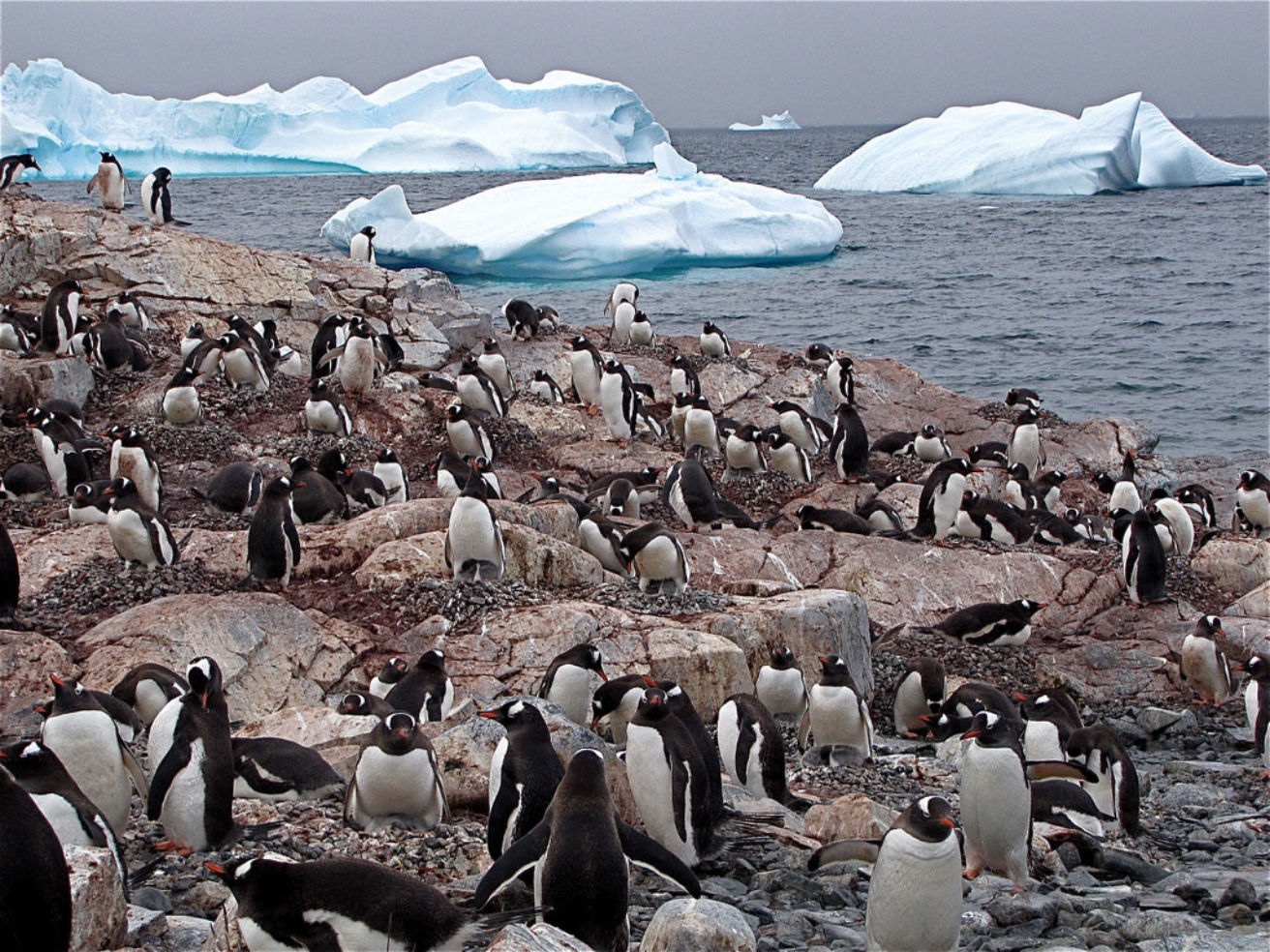 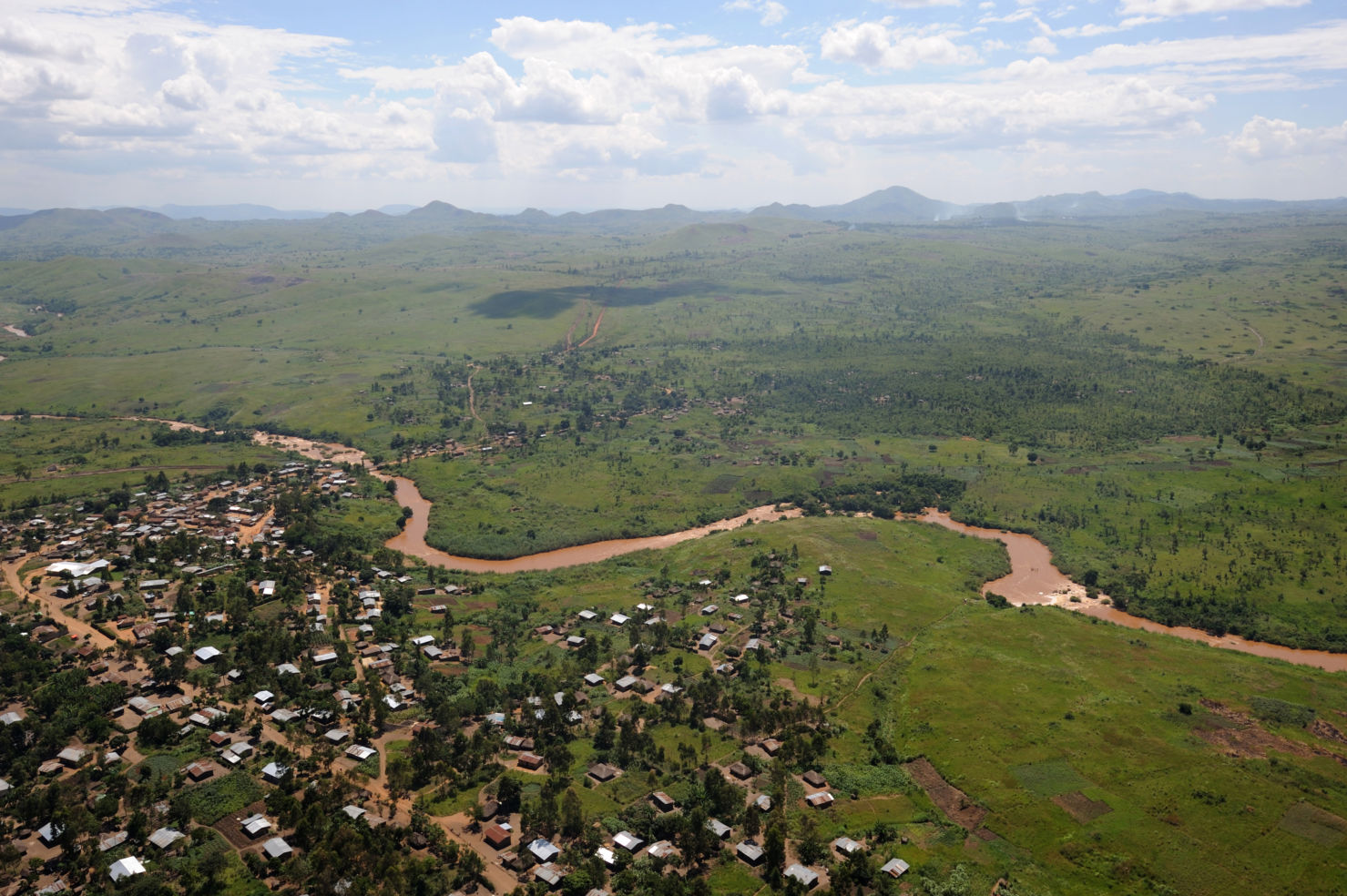 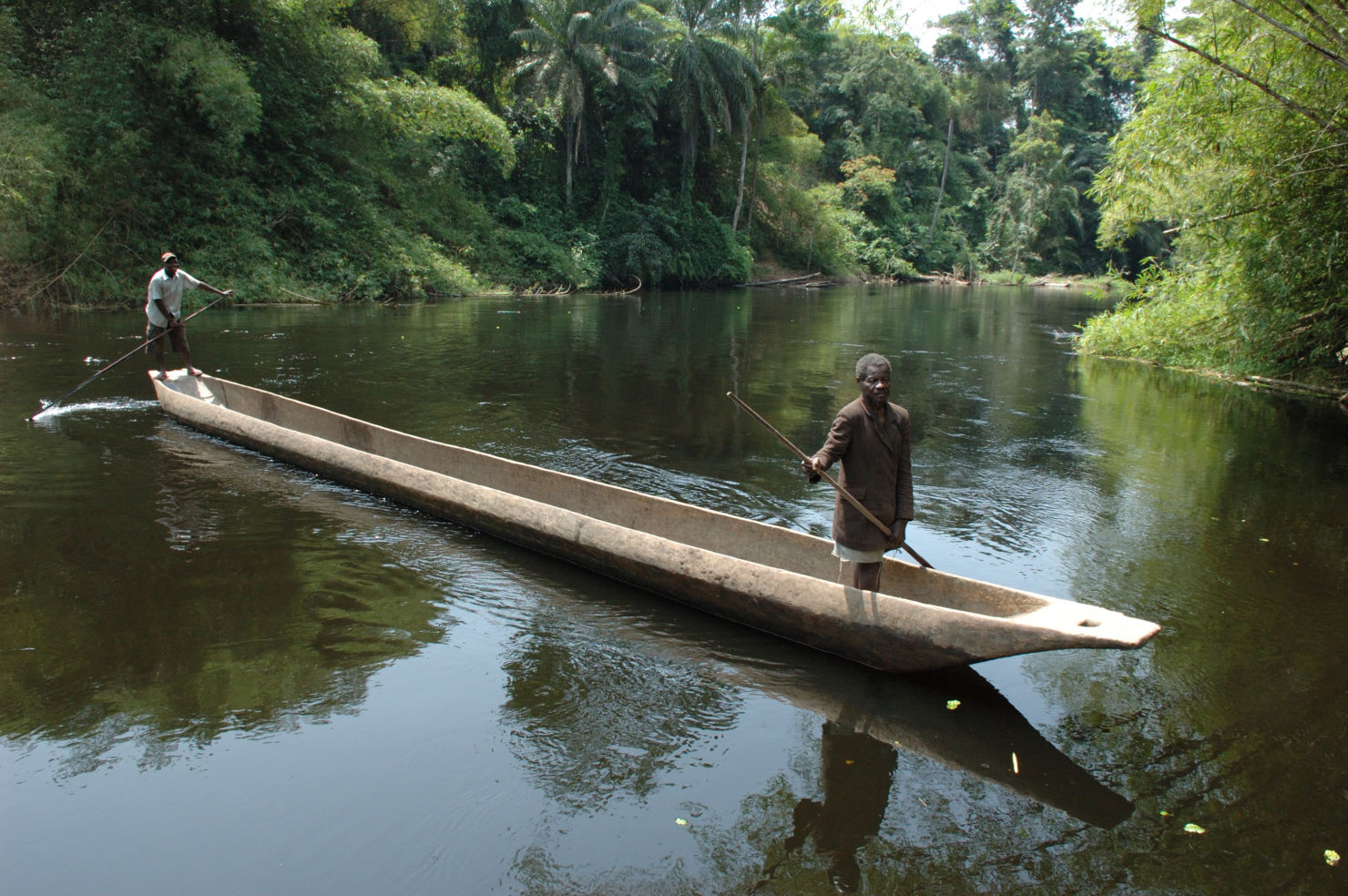 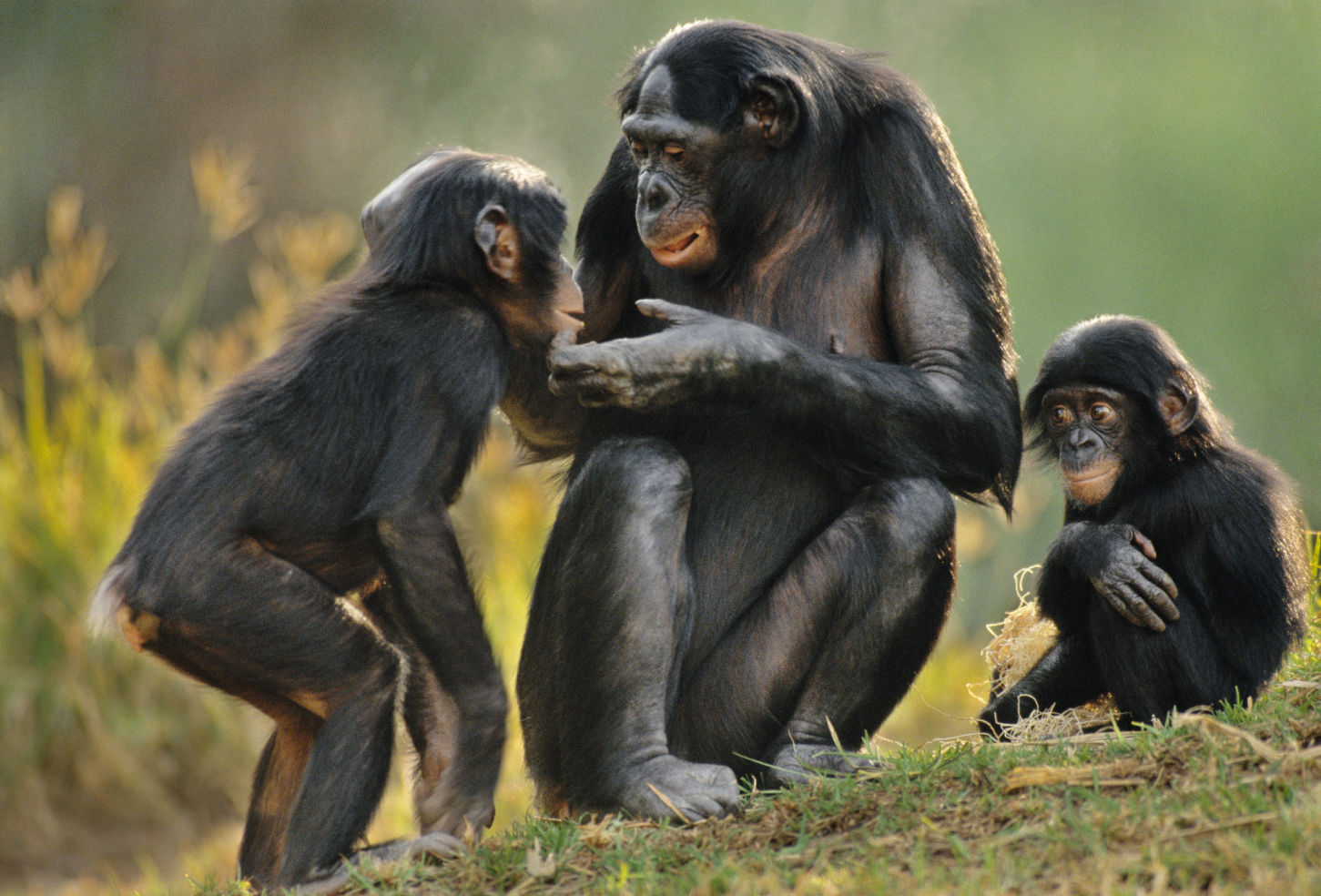 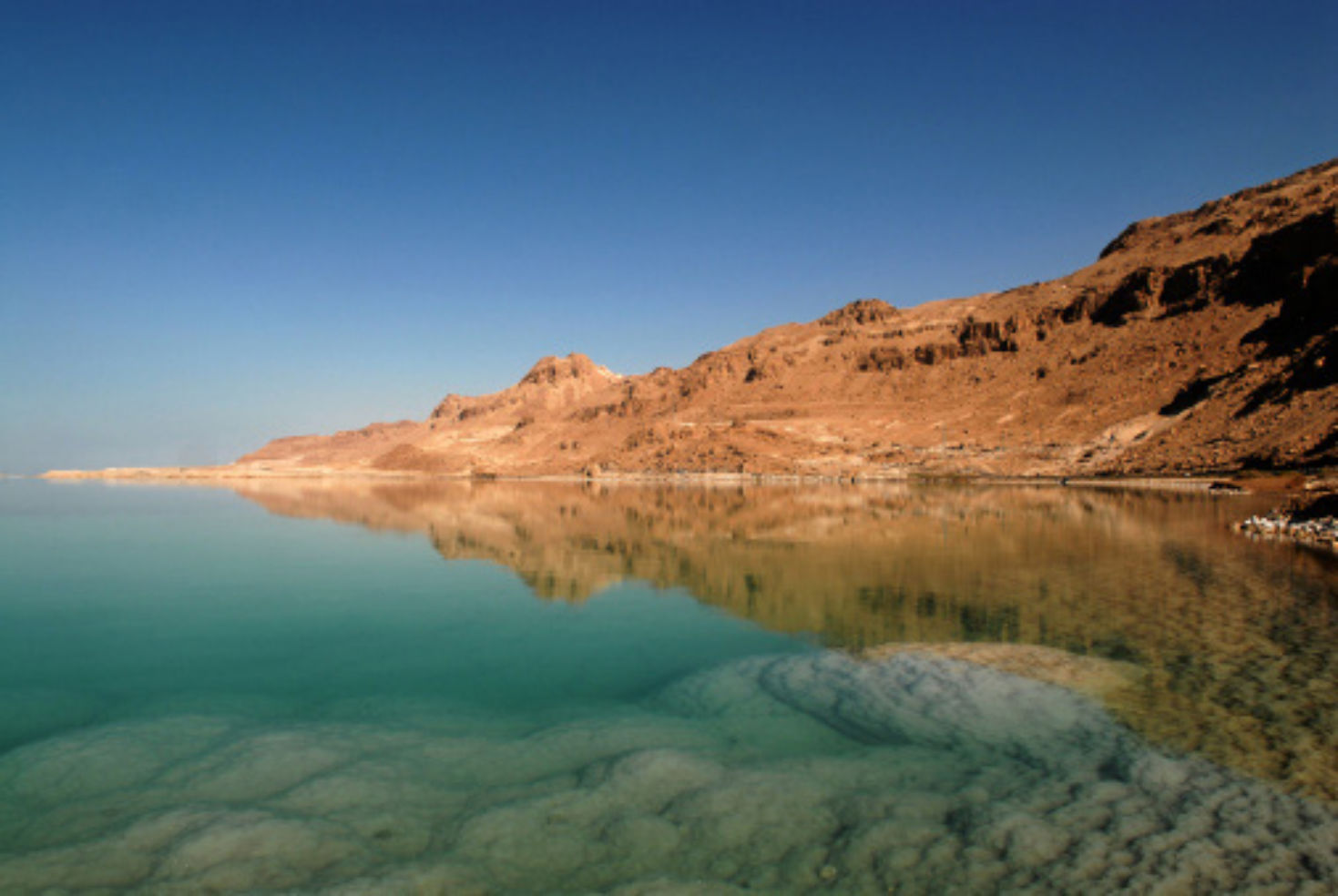 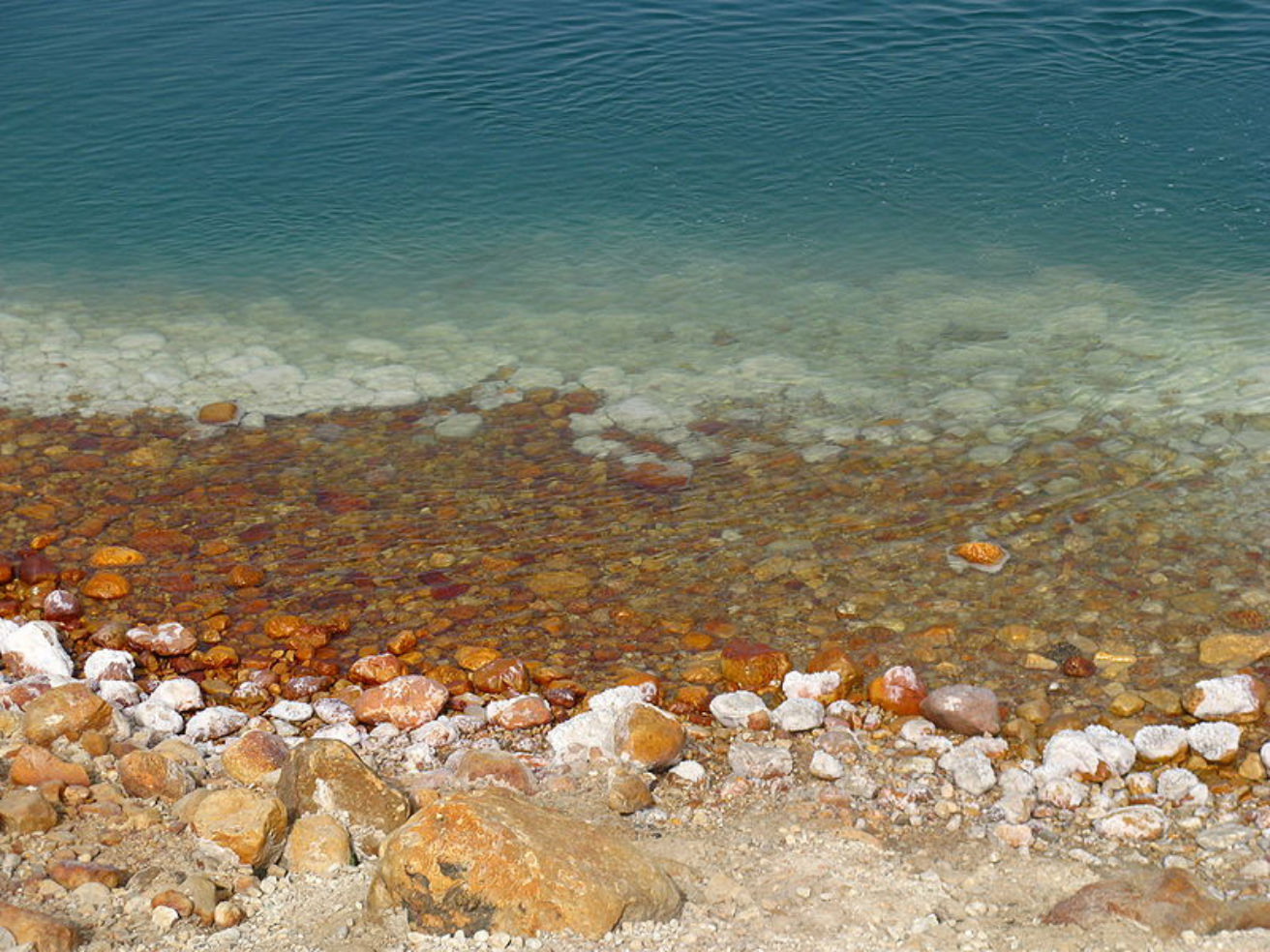 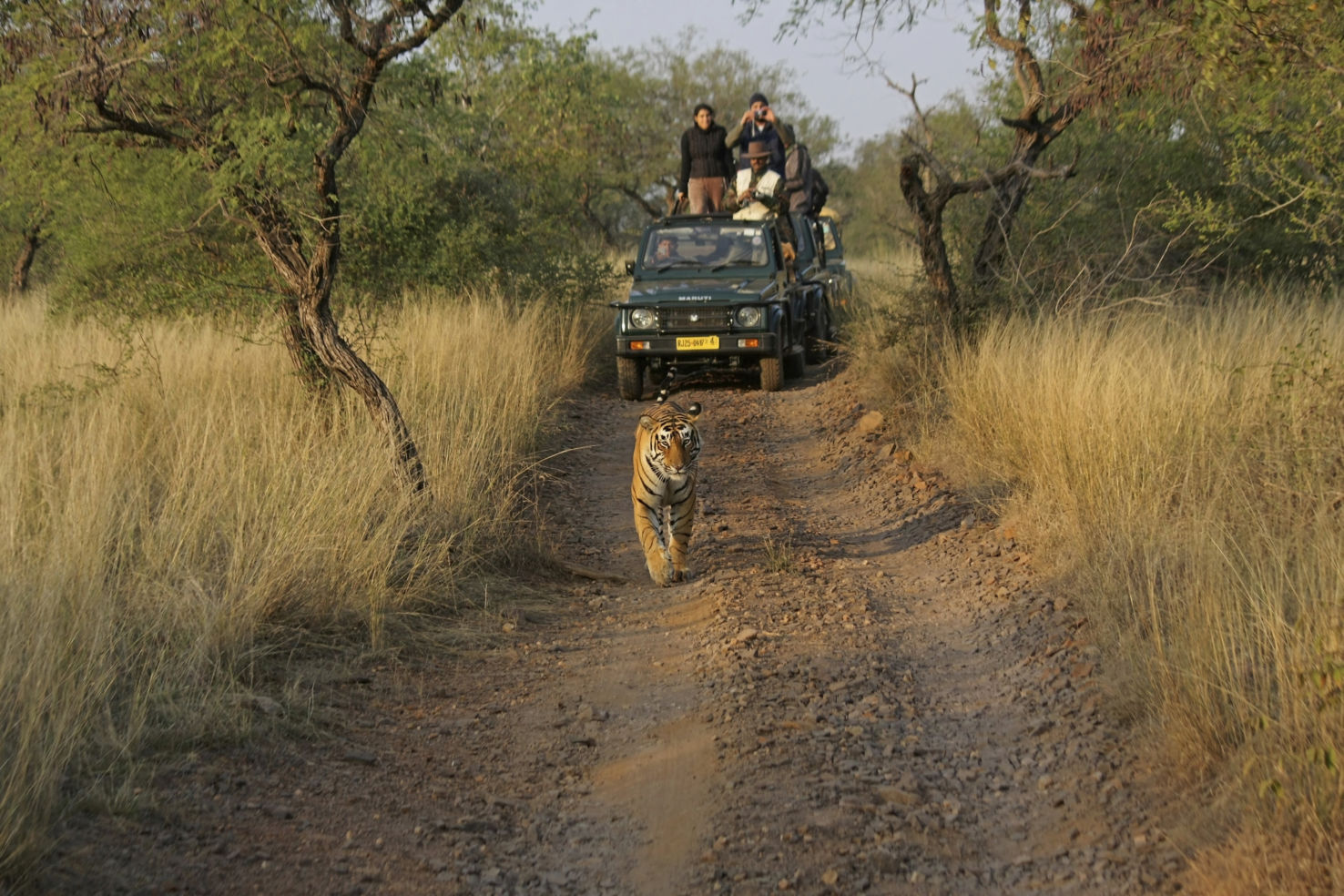 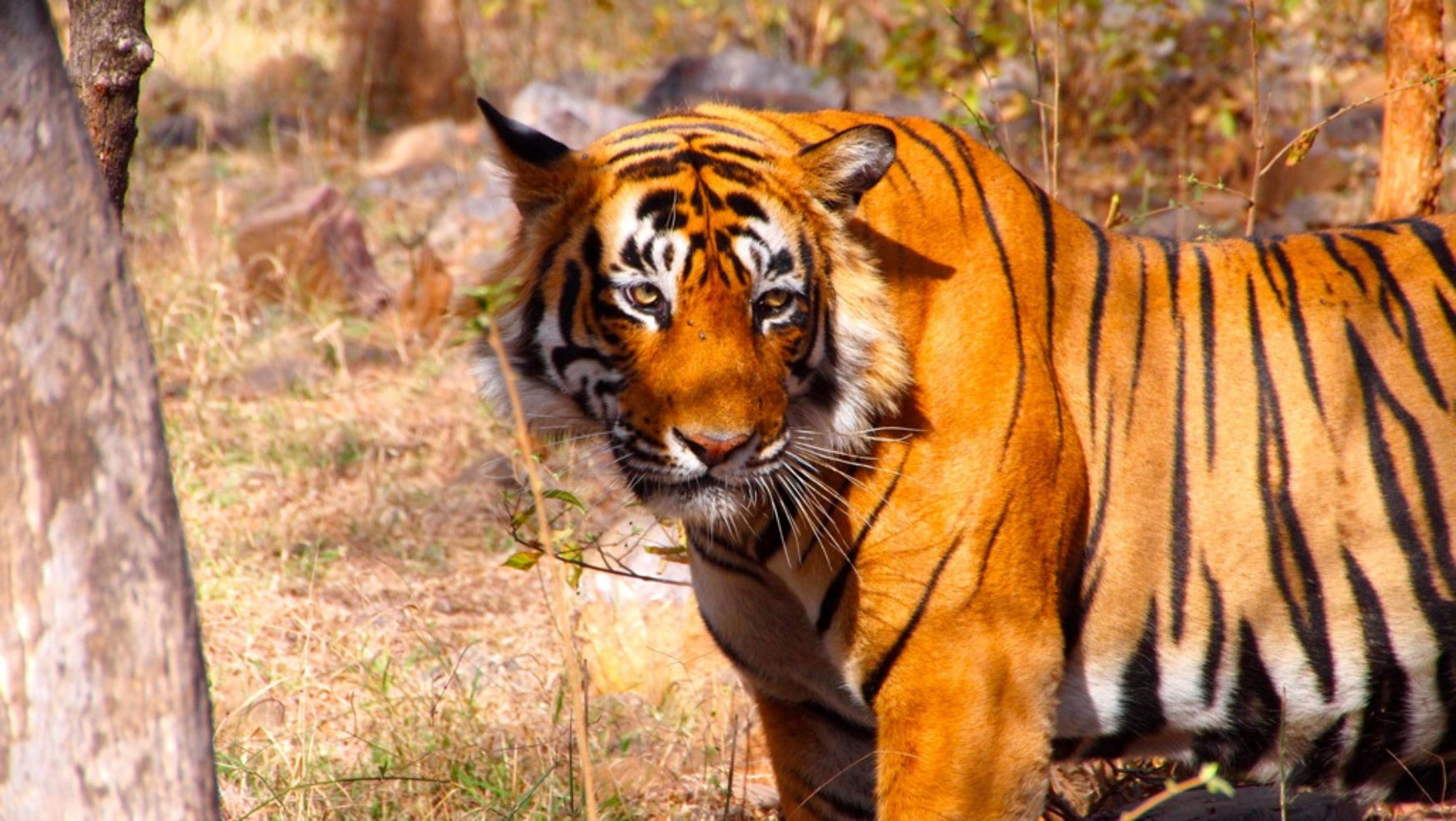 1 / 26 Photos
The Belize Barrier Reef is one of the most diverse reef ecosystems in the world, home to whale sharks, rays, and manatees as well as sturgeon, conch and spiny lobsters. Perhaps the most famous site from the reef is this one, of the Great Blue Hole.
Courtesy Samuel Chow/ Wikimedia Commons
Coral, like this tube and brain coral in the Great Blue Hole, are living creatures that grow up to 6 feet high and live as long as 900 years. Unfortunately, the Belize reef suffered a severe bleaching in 1998, with a loss of 50 percent of its coral in many areas.
Courtesy Jean-March Kuffer/Flickr
The waters surrounding Belize are dotted with islets like this one, which is less than an acre in size.
Courtesy anoldent/Wikimedia Commons
Over 80 percent of Madagascar's flora and fauna are found nowhere else on Earth, thanks to millions of years of isolation in the Indian Ocean off of Africa. This photo was taken in Ranomafana National Park in the southeast portion of the country.
Courtesy Effervescing Elephant/Flickr
The 20 species of lemurs for which Madagascar is renowned are in danger of disappearing. Here, a look at a black-and-white ruffed lemur in Mantadia, Madagascar.
Courtesy Frank Vassen/Flickr
Erosion is also a concern in Madagascar. The Betsiboka river, above, is red thanks to the large quantity of sediment it carries to the sea.
Courtesy oledoe/Flickr
The Maldives are rich in coral reefs and endangered fish like the giant Napolean wrasse, leopard shark, and some 250 manta rays (most with wingspans of 10 feet). Here, an aerial view of North Male, one of the nation's 1,190 small islands and atolls.
Sakis Papadopoulos/Getty
Only 200 of the islands of the Maldives are inhabited, and none rise higher than eight feet above sea level. Few scientists hold out much hope for the country if global warming continues to melt the ice caps and raise sea levels. Shown here: Baa Atoll.
In 2008, the President of the Maldives announced the government would start buying land in other countries, including India, for future homes for citizens displaced by rising waters. The capital of the country is Male (pictured).
Courtesy Shahee Llyas/Wikimedia Commons
Exotic creatures such as giant pandas, dwarf blue sheep, Yangtze finless porpoises, and Siberian cranes aren't the only ones who call the Yangtze Basin home—so do some 400 million people.
Courtesy Tan Wei Liand Byorn/Wikimedia Commons
It's too early to know the exact impact of the creation of China's massive, $24 billion Three Gorges Dam, but many, including the Chinese government, have acknowledged that the Yangtze Basin region is in danger of losing its most distinctive marine and animal life.
Courtesy chenyingphoto/Flickr
Travelers take a boat ride down the Rio Madre de Dios through the Tahuamanu rainforest. The region is known for endangered species like giant armadillos, ocelots, jaguars, and giant otters.
Michele Falzone/age fotostock
Parrots and macaws feed off of the world's largest salt lick in the Tahuamanu rainforest.
Frans Lemmens/Getty
The Everglades encompass 2.5 million acres of cypress swamps, mangroves, sawgrass and pine savannahs. A rainy afternoon makes for the perfect photo opportunity along Turner River.
Courtesy Chaunceydavis818/Flickr
The Everglades is the only place in the world where crocodiles and alligators share territory.  A host of dangers are putting this fragile wetland at risk, including pollution from farms, invasive species, and encroaching development.
Courtesy Sarah and Jaxon/Flickr
At least 20 species in the Everglades are endangered including panthers, turtles, manatees, and great white egrets (shown here).
Courtesy Rasmus Bøgeskov Larsenøg/Flickr
The natural phenomena found at the Poles are unique and inspiring: towering icebergs (like the ones shown, in the Antarctic), Aurora Borealis, and majestic animals such as penguins, polar bears, and whales.
Courtesy Jerzy Strzelecki/Wikimedia Commons
In the Arctic, the polar bear is also endangered by the steady loss of sea ice, which has decreased 3 percent per decade since the 1970s.
Courtesy Ansgar Walk/Wikimedia Commons
As sea ice disappears at the Poles, so do entire ecosystems: the phytoplankton that grows under ice sheets feeds zooplankton and small crustaceans like krill, which are on the food chain for fish, seals, whales, polar bears and penguins.
Courtesy 23am.com/Flickr
Tropical rainforests like that of the Congo Basin produce 40 percent of the world's oxygen and serve as a vital source of food, medicine and minerals.
Courtesy Julien Harneis/Flickr
According to the U.N., up to two-thirds of the Congo's forest and its unique plants and wildlife could be lost by 2040 unless more effective measures are taken to protect it.
Courtesy Julien Harneis/Flickr
Roads cut by loggers and miners have also enabled poachers and bushmeat hunters to prey on endangered animals like bonobos (pictured), forest elephants, and okapis.
Frans Lanting/Corbis
The Dead Sea is the lowest spot on earth (1,312 feet below sea level), has 10 times more saline than seawater (so humans float like corks), and is believed to contain therapeutic minerals.
LiorDrZ?/Getty
The rocks along the shores of the Dead Sea are visibly salty. The Jordan River is the lake's sole source, and as surrounding countries increasingly tap its waters, little reaches the Dead Sea, which could disappear within 50 years.
Courtesy Adiel lo/Wikimedia Commons
Ranthambore, in the Indian state of Rajasthan, is one of the best places in the world to see tigers. If extreme efforts are not undertaken, these big cats may be extinct within our lifetime—possibly in as soon as a dozen years.
Saran Vaid/age fotostock
The tiger's habitats have been reduced 95 percent, and though there are reserves across Asia, most are small and have no corridors between them for the normally far-roaming felines. It's estimated that a tiger a day is killed for use in Chinese traditional medicine.
Courtesy Bjoern Ognibeni/Flickr

Going once, going twice…some of the world's most enchanting places might not make it through this century. Here are 10 places you may not have realized are threatened—and how to experience them responsibly.