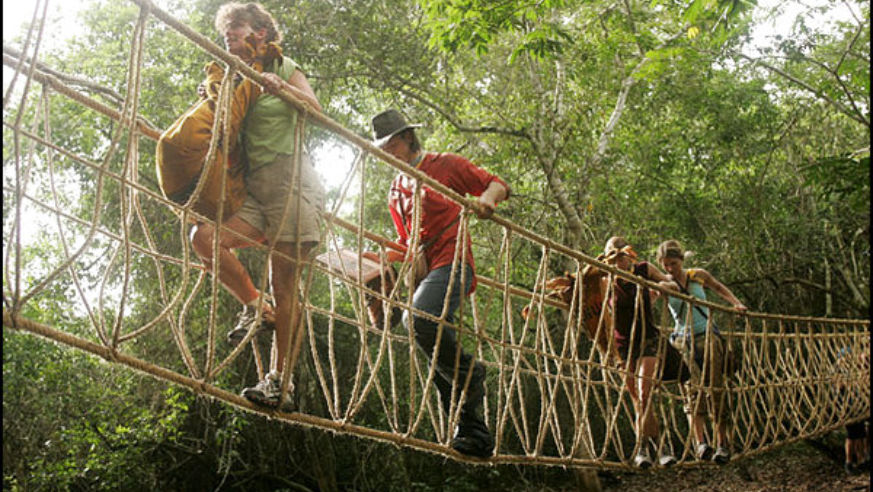 After eight years, we still can't get enough of the reality game show Survivor. We talked to the show's executive producer, Tom Shelly, about what he looks for when he scours the planet, bugs and all. "When it comes to our scariest wildlife moment, it's a tossup between the lions in Africa and Australia because of the snakes. King cobras are common and we saw quite a few of them. Australia has something like nine of the ten world's most deadly snakes."

What makes a good Survivor location? What features do you look for?
The big thing we look for is beauty. And we want a place to have a sense of isolation for the experience of the survivors, and for the audience. It should also conjure adventure.

Is it getting harder to find remote locations?
There aren't as many deserted islands as you'd think. You go to locations that look great. The problem is that they're already developed with houses and condos, because they're so beautiful. It's hard in general to find isolated places.

How much has the wildlife altered the show?
Depending on where we go, it's definitely a concern. In Kenya, it was very real. There were lions and water buffalo, which are extremely dangerous. We let them (Survivor contestants) know they're out there. We give them very specific instructions, but we don't do anything other than educate them. Snakes are very dangerous. Crocodiles are a very real thing in Guatemala. Right now, the contestants are on a lake that's filled with crocodiles.

What, in your opinion, is the show's most outrageous/memorable moment?In the Pearl Islands, when we were about to maroon the survivors. As we were filming and bringing them on a boat from Panama City, we came across a group of humpback whales--they were so close! Seeing these whales breeching right off the side of the boat was amazing. We were with a guy who has sailed for years and he said he'd never seen anything like that.

Then there was the time in Kenya at the Masai Mara filming survivors who won a challenge in a hot air balloon--they saw a lion catch a wildebeest. The opportunity to see something like that is so rare.

What's the one thing no 'Survivor' should be without...
Honestly? I would say a mindset: determination and being able to adapt. Being able to not get freaked out by the fact that you're in the middle of a jungle with noises, animals, creatures, and weather you've never experienced before. If you're able to adapt to that, you've got a huge advantage.

Any hints on the next location?
No! We reveal it at each season's finale.

Survivor is on Thursdays at 8 P.M. EST on CBS. cbs.com/primetime/survivor11/