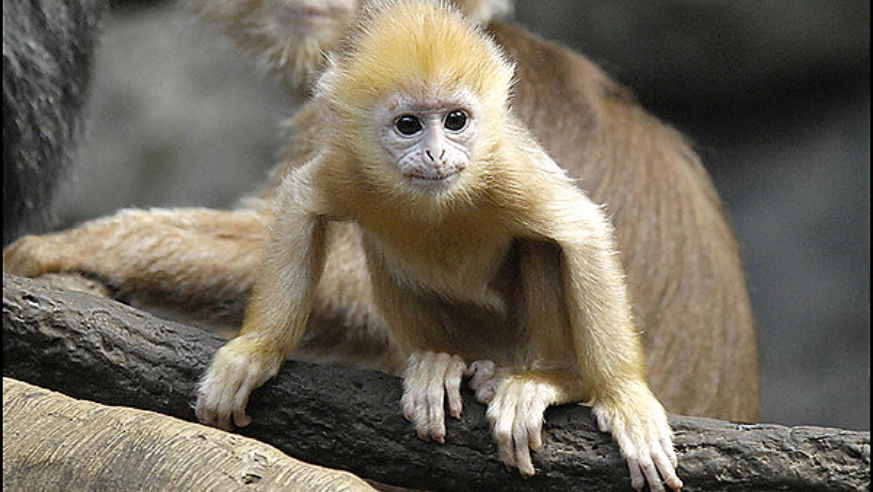 Opened in 1899, the Bronx Zoo is the crown jewel of the Wildlife Conservation Society's network of New York City animal parks.

EBONY LANGUR: Born November 25, 2006
Langurs are arboreal primates typically spotted in Indonesia. Luckily, this baby is easier to find. She lives in the zoo's JungleWorld--an Asian rain-forest habitat--with her mother, Dashini, and her father, Indra.
Who Knew? Female langurs share the infant-rearing duties within their troop, a practice known as allomothering, and forcibly take infants from their mother.

RHINO: Born November 16, 2006
When the Indian rhino mother, Penny, gave birth, she weighed a whopping 5,020 pounds and delivered this 95-pound female. The baby can be seen from the zoo's Wild Asia Monorail, which is open May through October, weather permitting.
Who Knew? The word rhinoceros is rooted in Greek: rhino (nose) and ceros (horn). While the herbivores have excellent hearing, they have weak eyesight and often charge when startled.

GIRAFFE: Born October 30, 2006
A female baby Rothschild's giraffe named Margaret can be found with her mom at the African Plains amid lions, cheetahs, zebras and African wild dogs. The baby's namesake, Margaret Carter, and her husband, James Walter Carter, were generous supporters of the zoo. Giraffe babies born since the Carter Giraffe House opened in 1982 are named in their memory.
Who Knew? Giraffes have a gestation period of 14-15 months and give birth while standing; the calf falls to the ground and, according to the zoo, the drop helps get the newborn's heart going and clear its breathing tubes.

LEOPARD CUBS: Born June 7, 2006.
Snow leopard Mei Mei's two female cubs, who love jumping and spinning in circles, live in the Himalayan Highlands Habitat. The area mimics the rugged, mountainous territory that these large cats inhabit in their native Central Asia.
Who Knew? To help survive among the rocks and snow, the cubs have wide, plush tails for balance and padded foot soles for insulation.