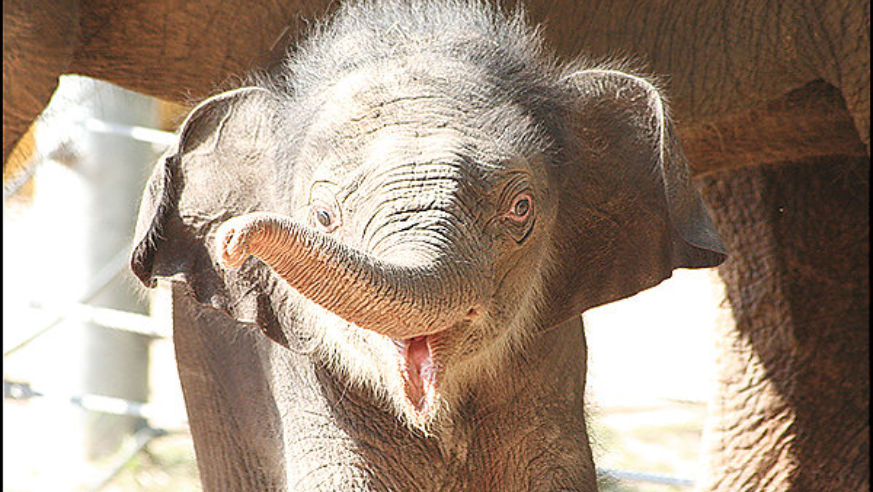 More than 4,500 animals roam about the Houston Zoo, which has ambitious plans for a new African habitat.

GOAT: Born April 1, 2007
The brown-and-white newborn named Jasper has been keeping close to his mother, a Nigerian dwarf goat. These herd animals are known for being gentle and small; fully-grown does are only about 16-21 inches tall.
Who Knew? Both male and female goats have horns as well as beard-like tufts of hair, called wattles, under their chins.

TOADS: Born March 17, 2007
A Texas native, the small Houston toad has been dying out rapidly over the past 30 years. Dr. Michael Forstner and students at Texas State University in San Marcos--near the toads' single remaining habitat--recovered some toad-egg strands and brought them to the Houston Zoo. The eggs hatched, and the zoo hopes to breed the toads in capitivity and then release them back into the wild.
Who Knew? Houston toads live primarily on land, burrowing into the sand to protect themselves against cold winter weather.

ANTELOPE: Born March 8, 2007
The 71-pound female calf, who was able to stand up just 15 minutes after birth, is the first giant eland delivered at the Houston Zoo. Elands are one of Africa's most endangered mammals and the largest type of antelope. This baby's mother, Dorothy, weighs 737 pounds at the ripe old age of four.
Who Knew? Male antelopes have beautiful twisted horns measuring up to 50 inches and permanently attached (unlike deers antlers, which are shed annually).

ELEPHANT: Born October 1, 2006
Baby Asian elephant Mac loves splashing around in his pool. He lives with his mother, 15-year-old Shanti, in the elephant exhibit, which the zoo plans to expand to more than three acres over the next few years.
Who Knew? Mac's first set of four inside teeth came in at the end of January. In a lifetime, elephants typically go through six sets of teeth.