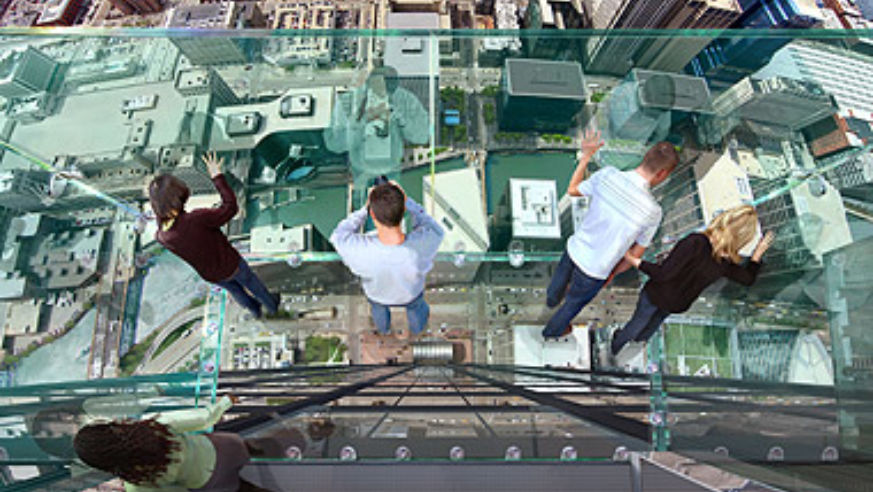 America's Highest Skydeck
Imagine walking on air—1,353 feet high that is. Well, starting in June, you'll be able to do just that at Sears Tower (soon to be re-named Willis Tower) in Chicago. In a few weeks, the tallest building in the U.S. will debut The Ledge, a set of sturdy glass boxes extending more than 4 feet from the Skydeck on the 103rd floor. Admission to The Ledge is included in the price for a General Admission ticket for the Skydeck, which is open year-round, including holidays. For the best shot at beating the crowds, go after 5 p.m. and buy your ticket online, says a representative. Summer hours are from 10 a.m. to 10 p.m. (Summer tickets cost $15 for adults and $10.50 for kids ages 3-11 without the audio tour, The Ledge, 233 S. Wacker Drive, Chicago, 312/875-9696) —David Cumming

Opening this July in Nürburg, in central Germany: The Ring Racer, a monster that can high-tail it to 135 mph in under three seconds. The coaster is near Nürburgring, an auto racetrack that has long been considered one of the world's toughest (Jackie Stewart famously called it "The Green Hell"), but its new Ring Racer coaster, slated to open in July, promises to give you that Formula 1 feeling without the hazards of spinouts, diesel fumes, or cranky pit crewmembers. Once it opens, it will take home the trophy for fastest roller coaster in the world (nosing out its nearest competitor, previous record holder Kingda Ka, at Six Flags in New Jersey, by about 6 mph). When the crazy 75-second ride is over, you'll be pulling up parallel to the track's actual Grand Prix finish line. Take that, Ricky Bobby. (adults about $26, nuerburgring.de, 011-49/2691-3020) —Mike Iveson

How to see a space shuttle launch live