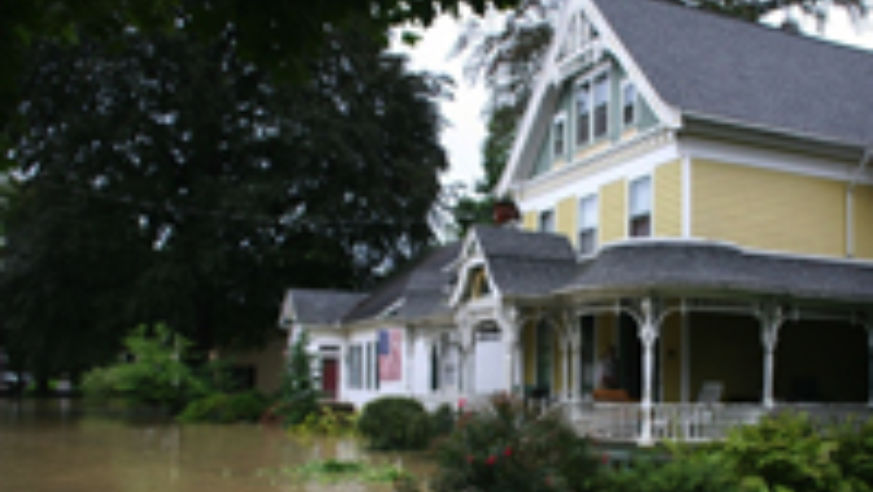 (Courtesy Phoebe Morris
Owego homes during the Flood of 2011

Our mailbox was overwhelmed with letters from residents and supporters of Owego, our readers' top pick for Coolest Small Towns in 2009, after the majority of the village's structures—homes, stores, schools—were destroyed by severe flooding early this month.

Schools were suspended for a week, over 20,000 people were evacuated, and an estimated 75 percent of homes in the town were left underwater. Fortunately, no lives were lost as a result of the flooding, but the town is still hurting.

"We were shocked," says Debbie Kasson, who taught first grade in nearby Candor for 14 years and was the first to reach out to BT asking for help. "We had a big flood in 2006—so when we were named a Coolest Small Town, it was such an uplift. But this time, I feel like we didn't have any warning. I'm still in shock."

Even without preparation, the town managed to band together and form a support system that impressed even those familiar with its small-town sense of community. "Everyone is putting their own homes aside to help others," says Kasson. "Everyone is out helping the elderly, single women…the district teachers' union donated school supplies. This proves that the community is what makes Owego special."

FEMA has put $35,000—the largest amount it can—towards the Owego relief effort, and the town is also receiving support from business and neighboring towns across the region. However, there's still a long road to recovery. To help, you can make a donation directly to Tioga County United Way (607/687-4028), or visit RebuildOwego.com to find other donation networks and volunteer opportunities.