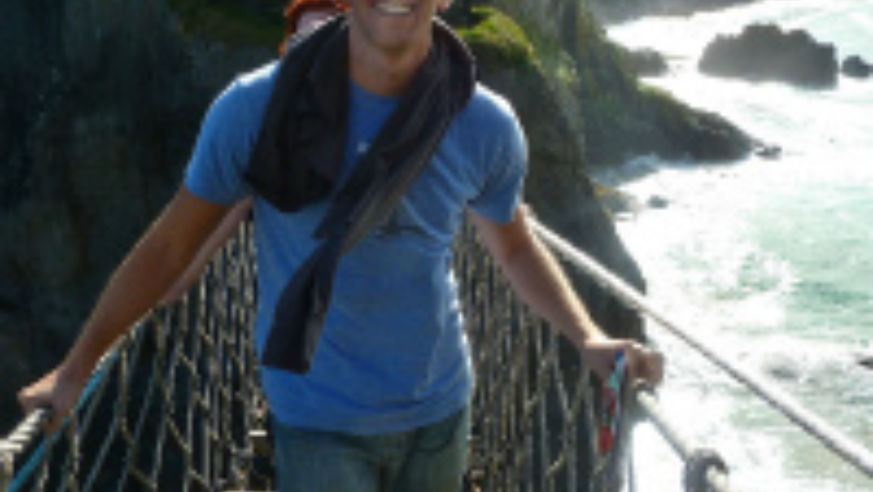 You almost never see articles about fitness and diet for travelers because of two reasons, one of which turns out to be bogus:

The first reason is that people don't want to exercise or watch their diet while on vacation because vacation is supposed to be a carefree time. Fair enough.

The other reason why you never see articles about travel and health is that many people think you can't travel and stay healthy. Travel involves eating out constantly, having limited access to decent gyms or parks, and other unhealthy aspects. But

">budget-consicous traveler Steve Kamb proved last winter that this belief isn't true, according to a talk he gave this summer at Google headquarters, to inspire the company's employees to get healthier.

Few people will change their attitudes toward their vacations by listening to the story of a twenty-something backpacker. But Kamb's story is worth telling just to let the record show that, yes, you can actually get more fit while still having a fun budget trip.

Here's the gist of Kamb's "epic adventure": Having never been outside of North America before, Kamb decided to take a three-month, round-the-world trip last November. He managed to improve his strength and diet at the same time, while sticking to a tight travel budget and not visiting any gyms. He claims he put on ten pounds of muscle, not fat, during the three months, and has before-and-after photos and videos on his personal website to prove it.

He made specific goals and shared them with friends. Being specific with fitness and diet goals (such as "not gain a single pound") made the goals more real. Being accountable to other people not going on the vacation with him helped him harness the power of shame to keep him on track with his plans.

He skipped the gym equipment. He instead performed "body-weight" exercises, such as push-ups and planks, and calisthenics, such as lunges and squats. When those exercises became easy for him, he "leveled up" to more advanced exercises, such as by using objects in his hotel room as makeshift weights (lifting them like dumbbells). He also put together a hotel room workout that didn't require any fancy equipment and took only 20 minutes, from warm-up to cool-down.

He packed appropriate workout clothing. You might prefer nylon clothes you can wash in your hotel sink because they dry faster than cotton. Bring gallon-size Ziplock bags to seal smelly clothes in and keep them separate from your other items.

To hear Kamb talk about his adventure, check out his Google Talk (but skip ahead to the 39-minute mark to get to the part about the trip).

Have you ever tried to keep off the pounds while still enjoying your vacation? Share your stories in the comments!

Which Travel Rewards Program Has the Most Valuable Points?