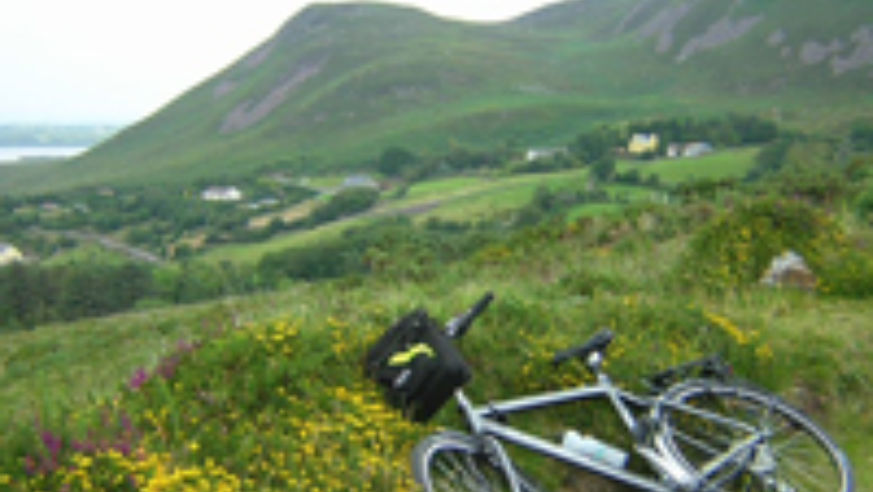 Lately, European destinations have found novel ways to make the great outdoors more accessible for their citizens—and, by extension, for visitors. Here are three recent examples of outdoorsy ingenuity.

It’s called the Emerald Isle, so why not tour it in the greenest way possible? The first 11 miles of Ireland’s longest off-road cycling and walking trail opened last year, linking the coastal towns of Newport and Mulranny; a 15-mile extension added in June runs past Rockfleet Castle, the 16th-century home of pirate queen Grace O’Malley. Bike rentals are available through Newport Bicycle. newport-bicycle.com, $17 a day.

When Tempelhof Airport closed in 2008, Berlin was left with 950 weedy acres, a 3-million-square-foot terminal, and a jumbo-jet-size question: What to do with all this space? The city chose the most surreal option: Leave it as is, and call it a park. Catch this postapocalyptic expanse of abandoned runways and planes while it’s still untouched—a beautification plan begins in 2013. visitberlin.de/spot/tempelhofer-park.

Sure, Madrid has the Prado and the King, but it’s always been a bit jealous of one piece of Barcelona real estate: the Mediterranean. At last, the capital has found a way to go coastal. Opened in April, the Madrid Rio Project is a 6.2-mile green belt along the Manzanares River, formerly cut off from the city by a highway. It’s now home to sleek footbridges, bike paths—and the city’s first beaches. esmadrid.com/madridrio.

In Through the Outdoors

How a Camp-Shy Family Came to Love the Great Outdoors