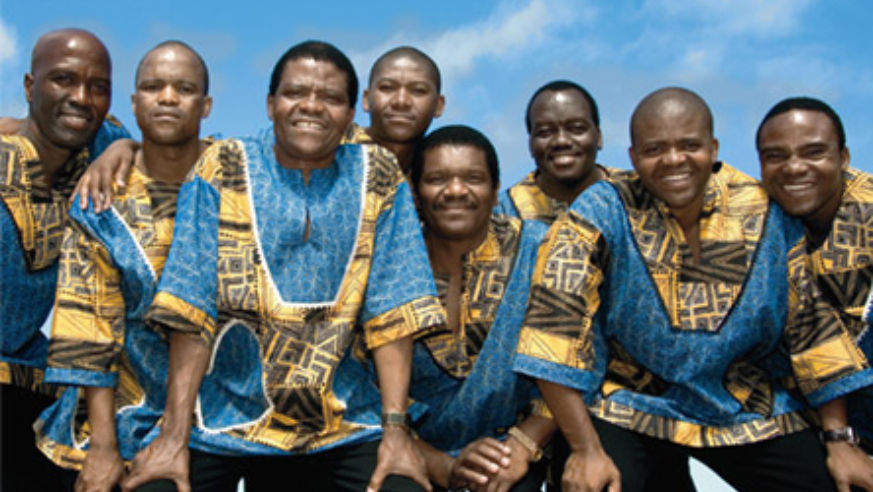 The South African vocalists have earned a global following—and racked up Grammy awards—since Joseph Shabalala had a dream (literally) about starting a group back in the 1960s. Highlights along the way have included collaborating on Paul Simon's Graceland and accompanying Nelson Mandela when he accepted the Nobel Peace Prize in Norway.

Ladysmith Black Mambazo released its latest album, Ilembe: Honoring Shaka Zulu, in January and has taken its crowd-pleasing blend of Christian gospel and Zulu isicathamiya harmonies on the road. The group sings tonight in Baton Rouge, La., and continues west with stops in more than 20 cities between now and mid-March. An additional concert is slated for the Kennedy Center in D.C. on June 1. Check tour dates and preview songs by visiting rockpaperscissors.biz.

While Shabalala, 65, has yet to announce an official retirement date, this tour will be one of his last—he's passing the torch to his son Thamsanqa.

-Eating on Tour With Franz Ferdinand: An Excerpt from Sound Bites

-Andy Palacio: At the Crossroads of Africa and Central America

-Audio Slide Show: On the Road With Gerry Beckley of America