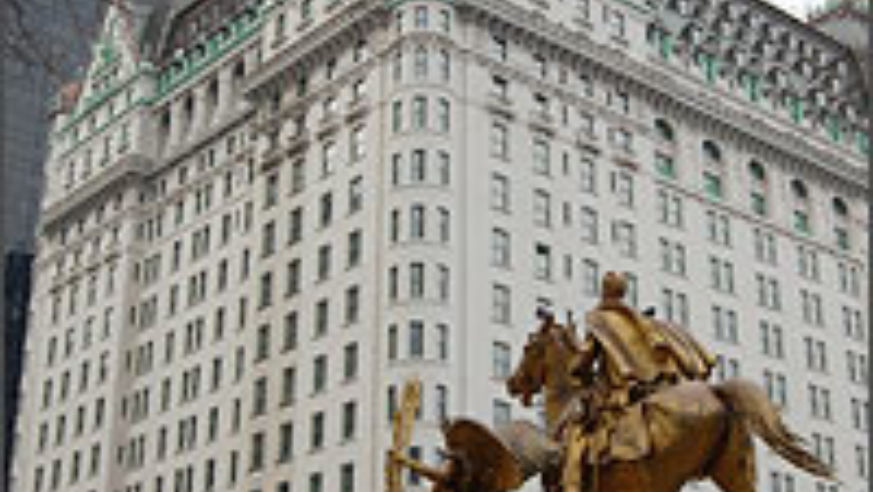 New York City’s storied Plaza Hotel, which was under construction for two years, is scheduled to reopen as a ‘condo-hotel’ on March 1, 2008. The new Plaza will have 282 rentable rooms, 152 of which will be sold to part-time owners for ungodly sums. Buyers of these 152 pied-à-terre residences can live in the building for 120 days a year, with the remaining days set aside for hotel guests.

For about $1000, then, one of the Plaza’s rooms is all yours—for one night. My calculator is telling me that comes to about $42 per hour of use, if you stay sequestered for a full 24 hours and never even think of leaving. For kicks, you can play around with the Plaza’s online booking and pricing engine here. You might want to stay (far) away from the ‘confirm reservations’ tab.

The Plaza, which opened in 1907 and celebrated its 100th anniversary with a star-studded extravaganza last year, was originally constructed for $12.5m—a huge sum at the time—and was conceived in the style of a French Renaissance château. Rooms originally booked for about $2.50 a night. The hotel was recently designated one of the top 150 architectural structures in the U.S. in a poll conducted by the American Institute of Architects, and was named a National Historic Landmark in 1986. The Plaza has played host to such cross-era luminaries as Mark Twain (yep!), Zelda and F. Scott Fitzgerald, Salvador Dali, the Beatles, Truman Capote, and Jackie Onassis.

The hotel is set to reopen with all the frivolous trappings of a modern Gilded Age: There’s a butler on every floor (and a butler’s pantry, thank heavens!), a wireless computer system capable of changing the room temperature, and opulent bathroom faucets plated with 24-karat gold. The hotel seems particularly proud of its faucets, which it mentions at the drop of a hat and has photographed from countless, lovingly-detailed angles.

Ok, so you probably can't afford the rooms, but you might want to drop into the Oak Bar (photos are here) or the newly-added Champagne Bar for an (expensive) drink, and take a look around the historic hotel's public spaces. The bars will open later in March. For more photos of The Plaza, check here.

Near the Plaza Hotel: The hotel is on the southeast corner of Central Park, near the horse and buggy rides, and only a few blocks from the Central Park Zoo, which is a fantastic and often-overlooked venue. Zoo tickets are $8 for adults and $3 for children 3-12 years old.

There’s also a vast Apple store just across Fifth Avenue— the store is a renowned building in its own right. In fact, the same AIA poll that lists the Plaza Hotel as 81st amongst the 150 national architectural treasures, lists this Apple store at number 53.