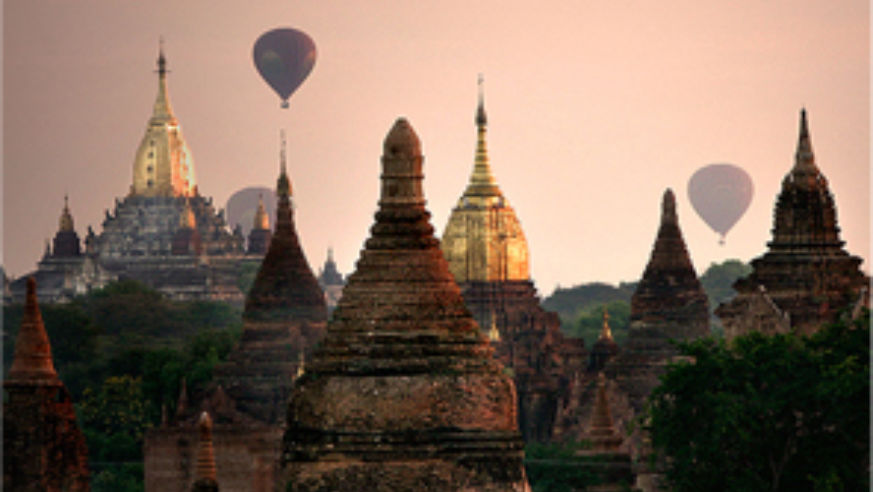 Ruled by a repressive military junta, Myanmar (traditionally known as Burma) is taking baby steps to promote tourism, after ruthlessly squashing protests led by Buddhist monks back in September.

As Ethical Traveler reports, the Ministry of Culture has reopened Thiri Zeya Bumi Bagan Golden Palace, one of four recently restored sites. The 1,000-year-old Golden Palace was built by King Anawrahta in what was then the capital city of Bagan (also called Pagan). Thousands of ancient temples still crowd the skyline.

Making the choice to visit Myanmar—or any country with a bleak human rights record—can gnaw at your conscience. Nobel Peace Prize-winning activist Aung San Suu Kyi and groups like UK-based Tourism Concern have urged travelers to avoid Myanmar while its regime remains in place. Some tour operators refuse to run trips there.

G.A.P Adventures, however, offers a guided 14-day tour of Myanmar from $945 and states that "...travelers should have an opportunity to experience this country firsthand, meet its people, and potentially return home as ambassadors for positive change." Journeys Within also covers Myanmar, and co-founder Andrea Ross raved to Budget Travel about the little-known resort area of Ngwe Saung.

The State Department's consular sheet on Myanmar has information on what to expect and how to prepare for the trip. One tip: Bring cash as local businesses typically don't accept traveler's checks or credit cards, and ATMs are nonexistent.

Are you intrigued or put off by the idea of visiting Myanmar? Can boycotting a country do more harm than good? Voice your opinion by posting a comment below.

RELATEDTo Boycott or Not to Boycott and Mr. Bush, Let Us Go to Cuba!

PHOTO of balloons over Bagan courtesy of Sara Heinrichs via Flickr.