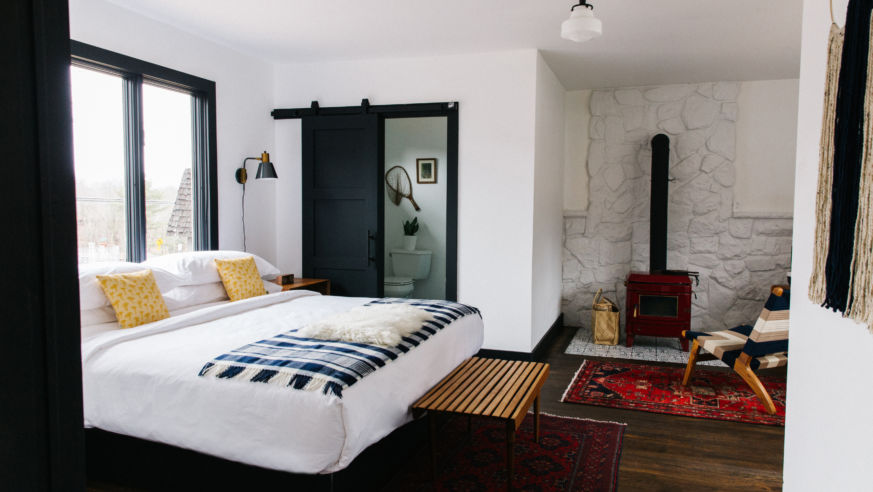 A cozy yet classy retreat provides Scandinavian-influenced style in the wilderness of the Catskills.

While it’s only a two-hour drive from New York City, in southeastern New York state's mountainous Catskills region, the idyllic town of Windham feels a world away. Once a thriving vacation spot known as the Borscht Belt, thanks to the lively Jewish culture that flourished there in the 1950s and '60s, the Catskills lost a bit of its luster as younger generations looked toward hipper, more exotic locales. Today, however, it’s experiencing a renaissance.

“There’s a large movement into more nature and adventure-driven destinations,” says Bjorn Boyer, who opened Eastwind Hotel & Bar in Windham in June. “More people are coming here now and trying to build simpler life up here, yet it’s a place that still has a New York character and all the finesse and qualities of any big city.”

The hotel, which he owns with three others, fits that same bill, capturing the simplicity one seeks when escaping to nature while still offering sophistication and luxury alongside playfulness and style.

Bjorn and his wife, Julija Stoliarova, are two of Eastwind’s four owners. A native of Germany who previously worked in both finance and hospitality, Bjorn says he was drawn to the Catskills because its rolling hills and small-town communities reminded him of Thuringia, a state in the east-central region of the country where he spent his childhood summers. In September 2017, Bjorn and his partners purchased the building, which dates to 1928 and was originally used by fishermen and hunters when they came to the area to work in the wilderness. The down-to-the-studs gut renovation involved new bathrooms, new plumbing, new electricity, and then some. Then Julija brought it to life with décor they describe as "Scandinavian electric,” all clean lines and elevated comforts. The place has a countryside soul with heavy measures of urban style, the result of months she spent hunting down everything from furniture to fixtures, like doorknobs and bookends, at Brimfield, the massive, long-running antique flea market in Western Massachusetts, and other antique markets and vintage stores.

The floors in each of the 11 minimalist rooms in the Bunk House, the main building, are made of wood reclaimed from the original building, giving the quarters a cabin-like feel. Each is uniquely accented with Julija's vintage finds, from macramé wall hangings to typewriters to old wood desks and chairs. (Request one of the two “writer’s rooms” if you’re looking to plug into your creative outlet.) Amenities, though, are modern, even lavish. To whit: indulgent Frette linens, sleek Otis & Eleanor speakers, free high-speed internet, and bathrooms with rainheads in the walk-in showers. The Hill House, situated slightly up the hill from the Bunk House, will open later this year and features accommodations for larger groups. Those seeking something more rustic can book one of the three Lushna Cabins, standalone A-frame units that are like tents, if tents were made of wood and had insulation, a window for a wall, a queen-size bed, and a private bathroom with a mirrored wall. 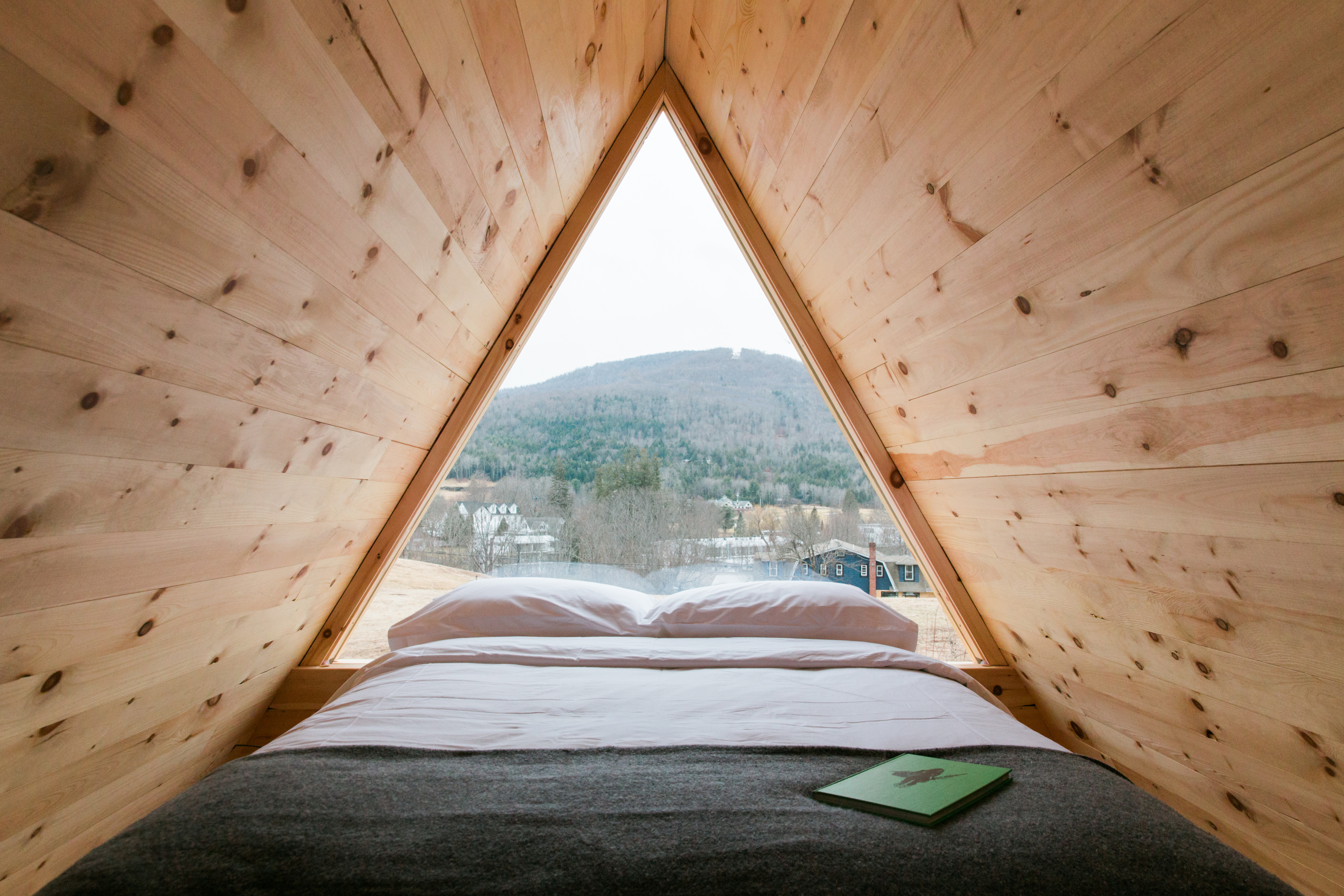 With the hotel being so new, the food and drink programs are still being hammered out. As of now, a European breakfast spread that includes yogurt, granola, fruit, cheese, meats, and hot items is available Saturday and Sunday from 8:30 to 11:00 a.m. ($20 per person.) The bar in the airy salon serves beer, wine, and cocktails Friday through Sunday from 5:00 to 10:00 p.m. Expanded hours are coming soon, and with that will come a bar menu that includes charcuterie, crudité, and dessert plates.

The Catskills have long been a destination for outdoor sporty types, and Windham’s location offers easy access to ski slopes, hiking trails, golf courses, adventure attractions, and streams for fly-fishing. A nearby spruce forest is a mellow wilderness paradise for hikers, bikers, and even horseback riders.  Windham Mountain, a popular ski destination, is a five-minute drive away, while Hunter Mountain, which hosts music events and other festivals when it’s not ski season, is about twenty minutes away. A mile from Eastwind is downtown Windham, established in 1798 and known as the Gem of the Catskills, with a collection of cozy restaurants, from French to Italian to hip American brewpubs, shops, and spas, many set in historic buildings. It’s the kind of enclave that Edward Hopper would have been quite comfortable painting. And speaking of painters, the galleries here are a crash course in the Hudson River School, an American art movement of Romanticism-influenced landscape painters that was largely originated by Thomas Cole, who resided here. His home is open for tours.