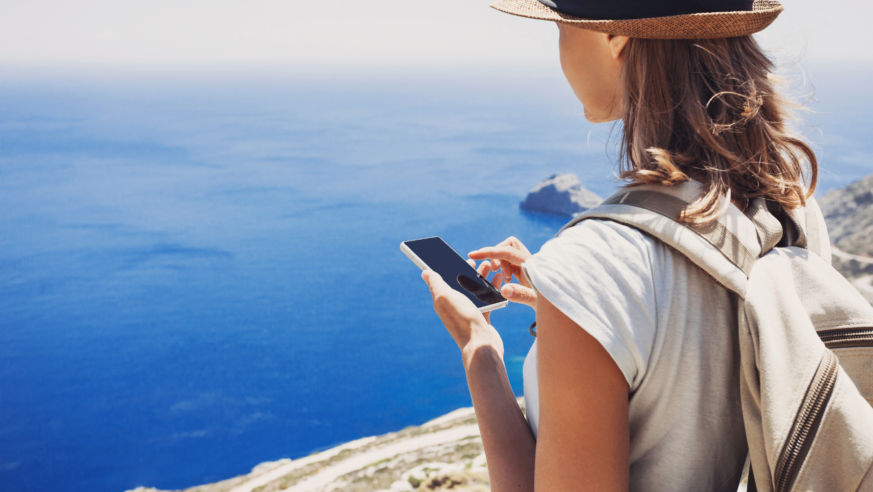 Every year, smartphones get – well, smarter and smarter. Here, the most exciting new models for 2019, including a variety of price ranges and cool features that can make travel easier and more enriching.

From digital maps to translations to photography to reservations, smartphones have radically changed the way we travel. But when it comes to features, not all phones are created equal. Whether you’re ready to purchase a new device or simply need to swap out a SIM card when you arrive at your international destination, here’s a guide to the best features and phones to help you make the most of your next journey. 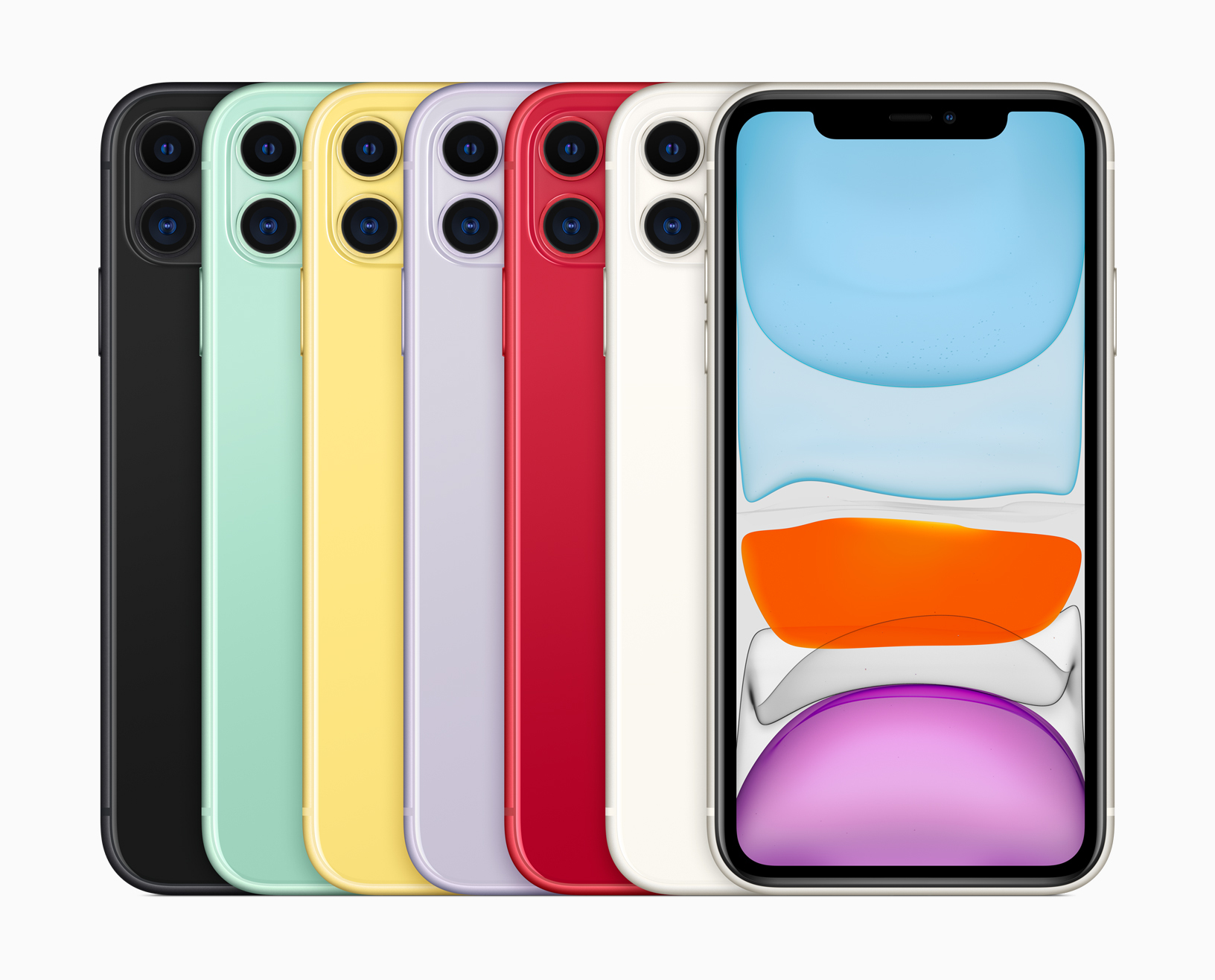 Rejoice, Apple lovers. The iPhone 11, with 6.1-inch Super Retina XDR display and powerful processing speeds, is an affordable and legitimately great follow-up to the X. Sure, if you want to get fancy, the pricier 11 Pro and 11 Pro Max offer more premium solutions, like longer battery life and a 2x telephoto lens, but if you’re looking for something that’s easy to tote with access to the new suite of high-quality features, you can upgrade without guilt.

The biggest improvements come with the 12-megapixel front facing camera. In addition to an excellent, automatic Night Mode, it touts an entertaining ultrawide-angle effect, which gives you a 120-degree field of view, as well as a Portrait mode for things like super close-up pet shots. And, ahem, we welcome the slofie: a slow-motion selfie feature in video mode. There are three cameras in all, two prominently housed on the back side, making the overall design a little less sleek – but it does come in an array of colors, including delicious pastels like purple, yellow and green. We’re happy to report that the iPhone 11 is a truly solid phone with a reasonable price tag. From $699 or $399 with trade-in; apple.com. 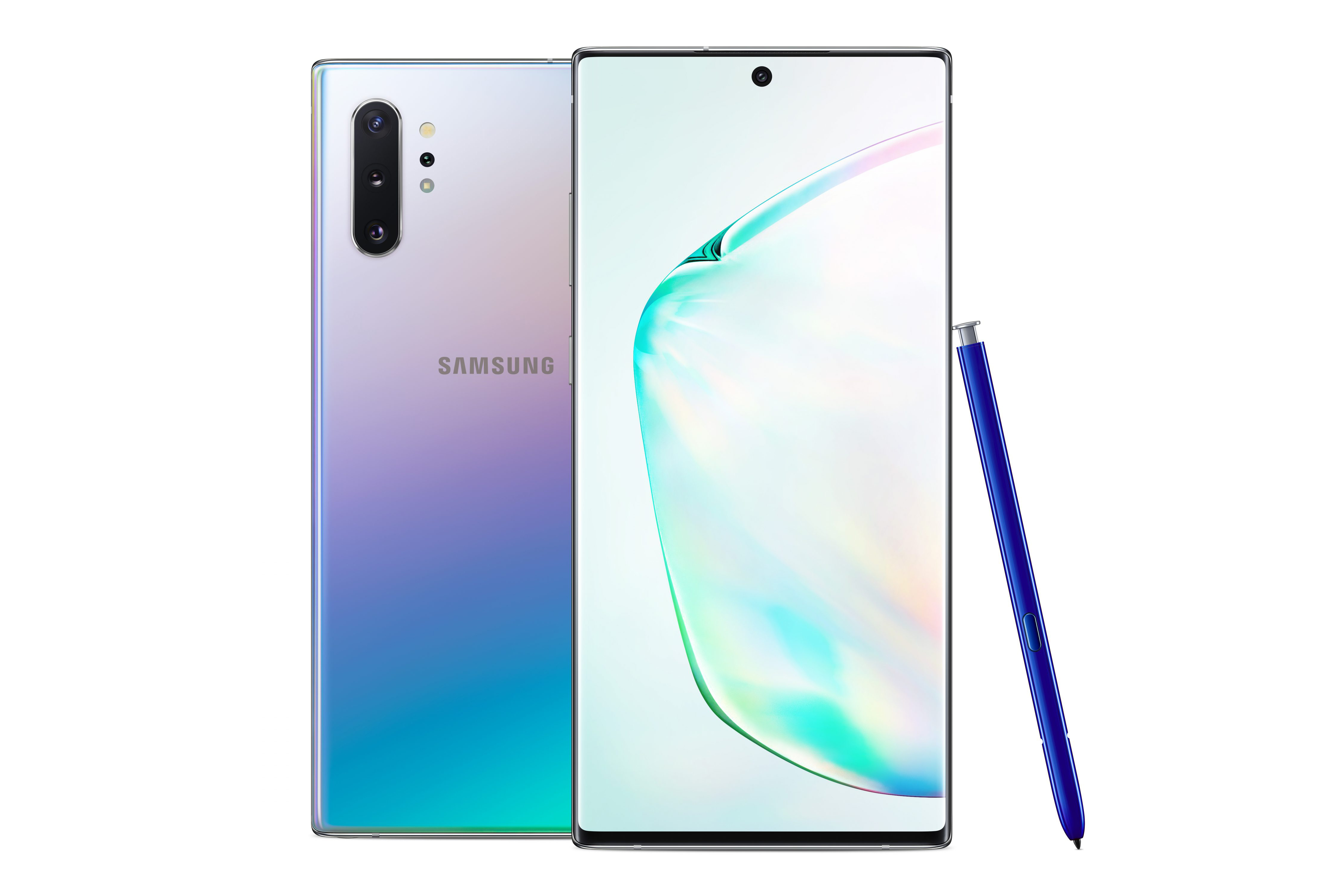 This powerful, premium Android phone is the newest addition to Samsung’s Note line and features a giant screen measuring a whopping 6.8 inches. The vertical, angular body and rounded sides present as stylish and cutting-edge, but it’s the new Aura Glow color that will stop you in your tracks. The shiny, highly reflective iridescent chrome elevates the phone to a piece of working art, though without a clear case to show it off, it can also be a fingerprint magnet. The massive HDR10+ certified screen is a Dynamic AMOLED panel and offers vivid, super-bright video with an immersive audio experience – perfect for that long plane ride.

But what makes this iteration special is the S Pen. The Note has always been known for its stylus feature and the S Pen, which easily pops out of the bottom of your phone, allows you to precisely and simply navigate all the different tasks and features the 10 Plus has to offer. The newest additions, a gyroscope and accelerometer, allow you to control your phone using the S Pen from up to 15 feet away. We especially appreciated being able to take photos or switch modes in the camera app without being anywhere near the phone. And with 256GB storage and a MicroSD slot, you’ll never have to worry about storing all those images.

Speaking of images, the Note Plus has three cameras, two 12-megapixel lenses (one is telephoto) and a 16 megapixel ultra-wide-angle lens, and it offers a Night Mode for low-light situations. Other fun, yet somewhat gimmicky, features include a 3D Scanner, which allows you to scan, then animate any object using motion capture, and AR Doodle, which lets you add augmented reality flourishes to videos using facial recognition. Starts at $1099; samsung.com. 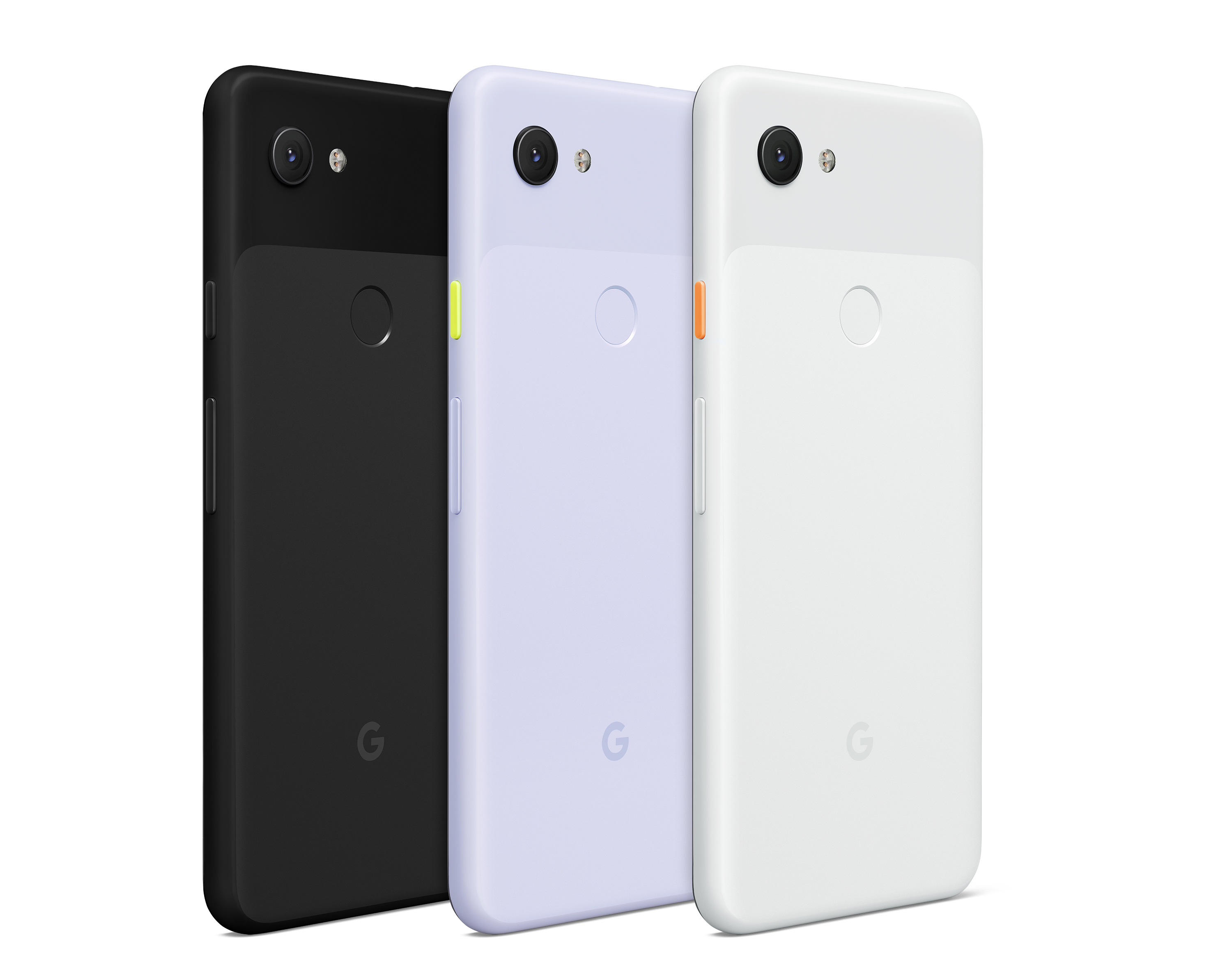 This lower-priced phone from Google, which runs Android Pie OS, makes the most of its lower price point – featuring a premium experience including blazing fast speeds. Its plastic back makes it significantly lighter than the Pixel 3 yet it sports the same color schemes as its more expensive siblings. Throw a cover on it and nobody will know it’s crafted from lesser-quality materials. Plus, there’s a headphone jack, which is missing in more expensive handsets. A full HD screen and 24-bit color depth make watching videos a dream, and the camera (which has always been the Pixel’s biggest strength) has the same rear camera specs as the Pixel 3. Its more standard image signal processor makes for slightly less sharp, detailed photos – though portrait images didn’t disappoint. Capturing motion isn’t a problem, however, and the Night Sight mode allows for excellent low-light images.

The Pixel 3a may not have the more expensive features of its namesake flagship phone, like wireless charging and free HD photo storage, but it gives you a serious bang for your buck. From $399 or 149 with trade-in; store.google.com. 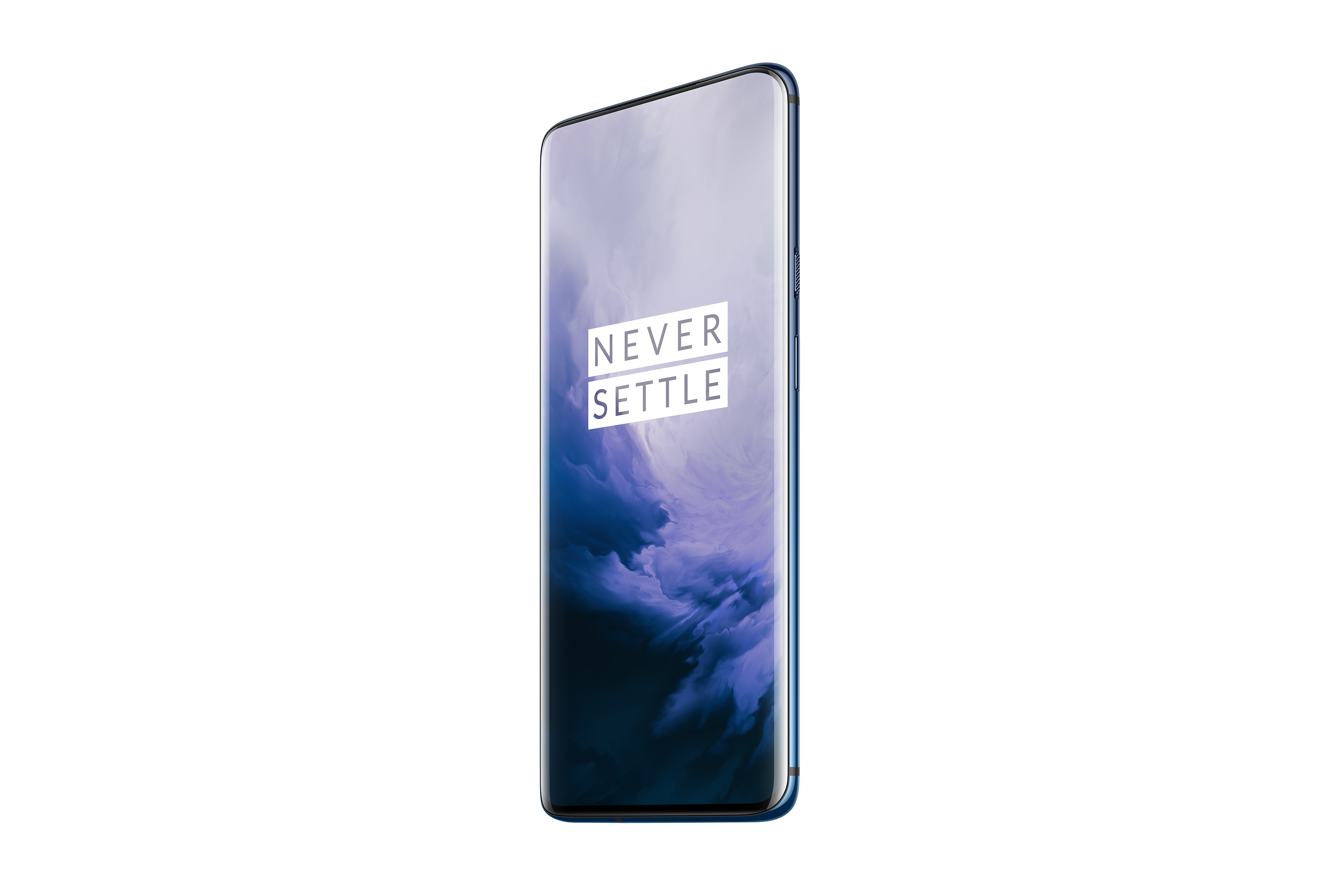 This previous cult favorite has gone mainstream, and the current 7 Pro is a stylish phone with all the fixings of a more conventional brand. Though it’s not as clearly budget-priced as its former iterations, the bump up gets you a glass and metal body, a super-fast fingerprint scanner, three cameras and up to 12GB of storage.

There’s no headphone jack but OnePlus offers its own version of wireless earbuds, the Bullets 2, for $99 – a steal compared to Apple’s AirPods. The large, 6.67-inch screen is also AMOLED and uses filtration to reduce eye fatigue. To create a better screen-to-body ratio, OnePlus added a motorized camera, which pops up when you want to take a selfie or use facial recognition. And with the advent of Oxygen OS 9, the optimized version of Android 9 Pie, you’ll get super-fast speeds and better rendering of 3D gaming. Another interesting feature is the “zen mode,” which, when activated, completely disables your phone—giving you a reason to take a breather from digital life.

One caveat: the new OnePlus 7T was just announced and will be available in October. From $669; oneplus.com. 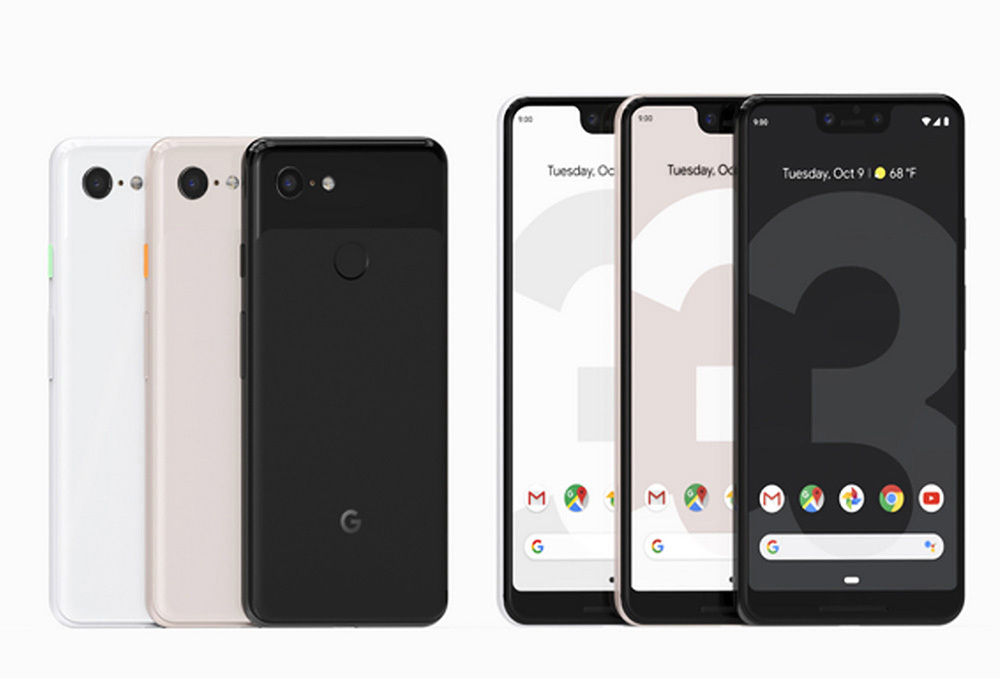 An unlocked phone (meaning it'll work with multiple service providers) with a cutting-edge camera and a built-in interpreter, the Pixel 3 is our overall pick for best smartphone for travelers. Though it's expensive, it’s actually only a few dollars more than the lowest priced iPhone (see below).

As smartphones have become ubiquitous, their technology has improved exponentially, and many travelers now opt for their phone’s camera over a stand-alone one. Google has built on that trend with top-notch, dynamic-range cameras. Here you’ll find an advanced 12.2-megapixel sensor on the rear camera, the main one used for your everyday photos and optical zoom, and two additional eight-megapixel front cameras for selfies, including one for wide-angle shots. Other camera features include a flash-free low-light mode called Night Sight,and a Top Shot mode that takes multiple pics around each shot, then automatically chooses the best one.

Another new Google-specific feature is the Google Assistant Interpreter Mode, which detects the language you’re speaking and translates it like a third-party interpreter. Also just announced is the AI-powered Duplex (available this summer), a chat agent that allows you to automatically book appointments or make reservations without making a call or opening an app. Finally, as an alternative to mainstream service providers, Google’s own Google Fi wireless service is a lower-cost alternative that includes free international roaming and hotspot capabilities. From $799; store.google.com 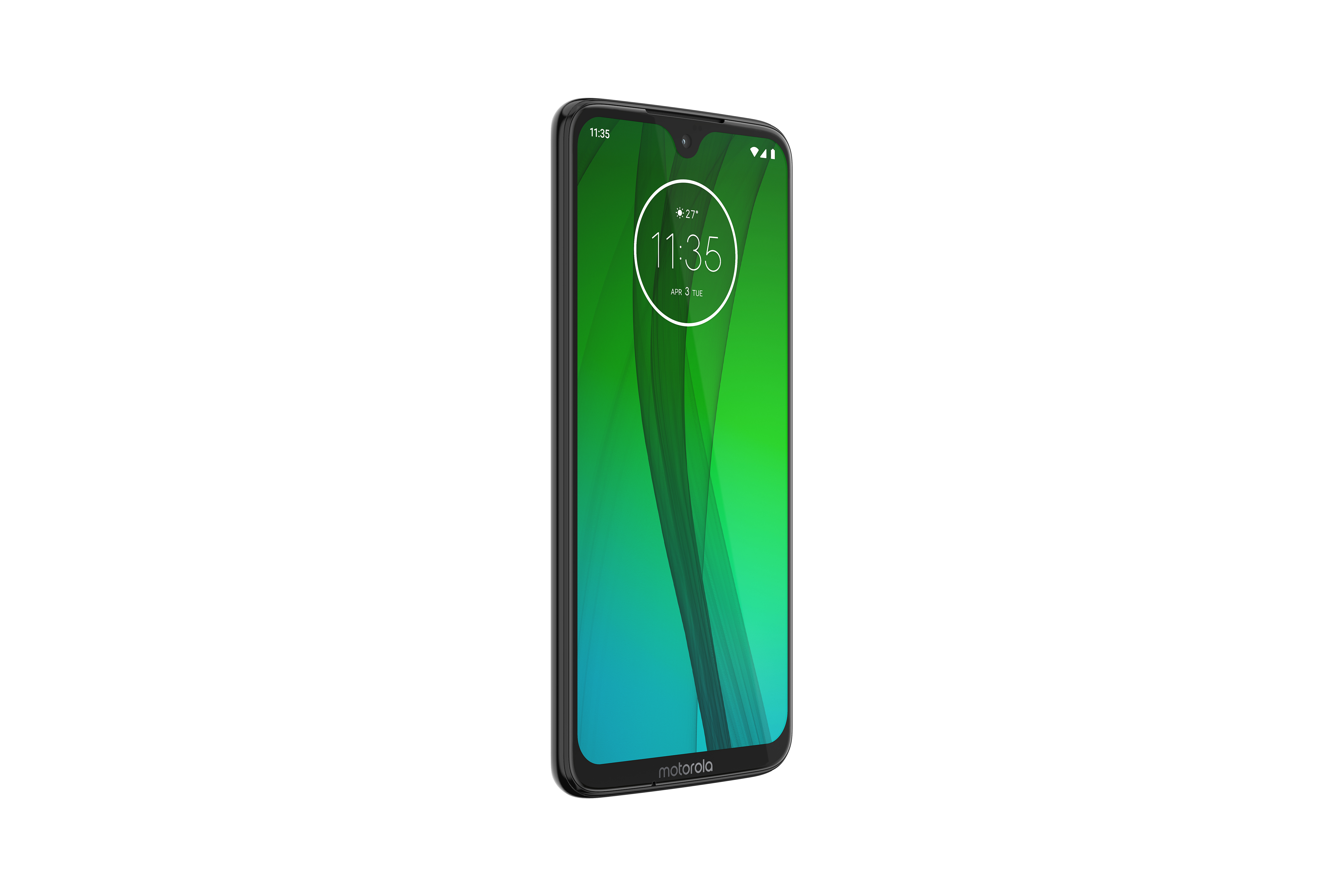 This budget smartphone is a battery all-star. It may not be beautiful, but it certainly is bold – with over 15 hours battery life on a single charge and a 6.2-inch screen with fingerprint scanner. Though the G7 Power won’t win any design awards, due to its bulky specs to accommodate the larger battery, it does have a headphone jack and shares its SIM card slot with a microSD slot for up to 512GB of extra storage.

In addition to running Android 9.0 Pie, Motorola threw in Moto Actions, a gesture-based interface which lets you do things like unlock the camera by twisting the phone twice or using three fingers on its screen to take a screenshot. But the real beauty of this phone is the knowledge that just one battery charge can last up to three days. From $250; motorola.com. 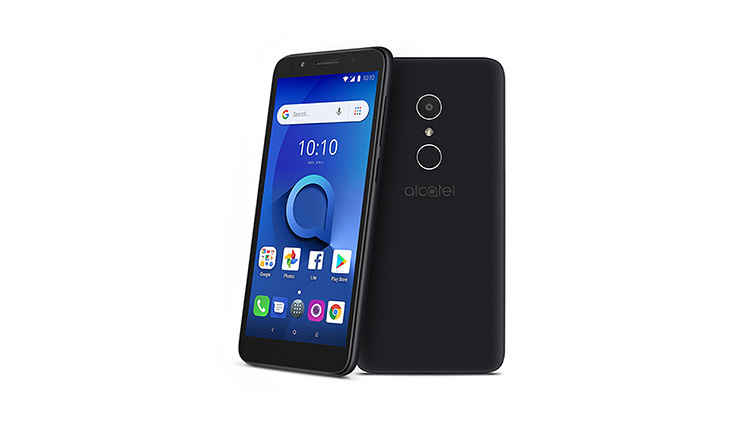 If you’d rather save your cash for your next trip than blow it on a phone, check out Alcatel’s feature-rich, unlocked phone for less than $100. The 1X, crafted by TV-manufacturer TCL, has a 5.5-inch screen and boasts bright colors and decent viewing angles. It also comes with a higher-end fingerprint scanner and Face Key facial recognition technology for quick, easy unlocking.

The dual rear camera has a 13-megapixel lens and a 2-megapixel lens, and though we wouldn’t suggest using this phone as your primary camera, it’s perfect for social media and can capture respectable portrait shots and selfies. Swipe either way on the viewfinder and you’ll be rewarded with a handful of controls, including a flash and a timer.

The 1X comes with 16GB of storage, but we appreciate the microSD slot, which allows you to store up to 128GB of images, videos, podcasts, music, and more. From $95 at Best Buy, Amazon and Walmart; alcatelmobile.com.