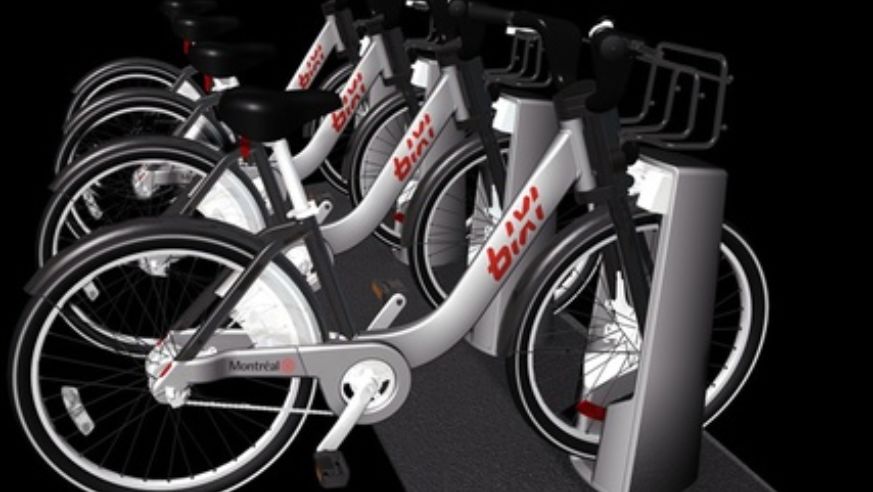 Locals in Montreal boast that their city is the cycling capital of North America, with 250 miles of cycling routes and an 8-day Bike Fest every summer. It's an aspect of the city that tourists often miss, but this spring the paths will become more accessible to them and others. On May 1, an inexpensive sharing program called Bixi (a combination of bicycle and taxi) begins, and riders will have access to 3,000 bikes stationed at 300 terminals throughout the metro area.

Go online to locate a station near you and check the number of bikes or open parking spaces available. Release the bike at the terminal with a swipe of your credit card, and return it to any station throughout the city.

In the past few years, urban bicycle programs have been gaining momentum in European cities, including Copenhagen, Barcelona, and Paris. But Bixi faced a hurdle its European predecessors didn't: Montreal's harsh and snowy winters make it impractical to hook up the self-service rental terminals to the city electricity.

The program's designers solved the problem with some technological innovations that earned the company a nod in Time magazine's 50 Best Ideas of 2008. All the stations are solar-powered and able to be disassembled during winter months. The sleek aluminum bikes were designed by Montreal-native Michel Dallaire (the creator of the 1976 Olympic torch) to be durable and easy to spot. RFID technology also helps prevent theft.