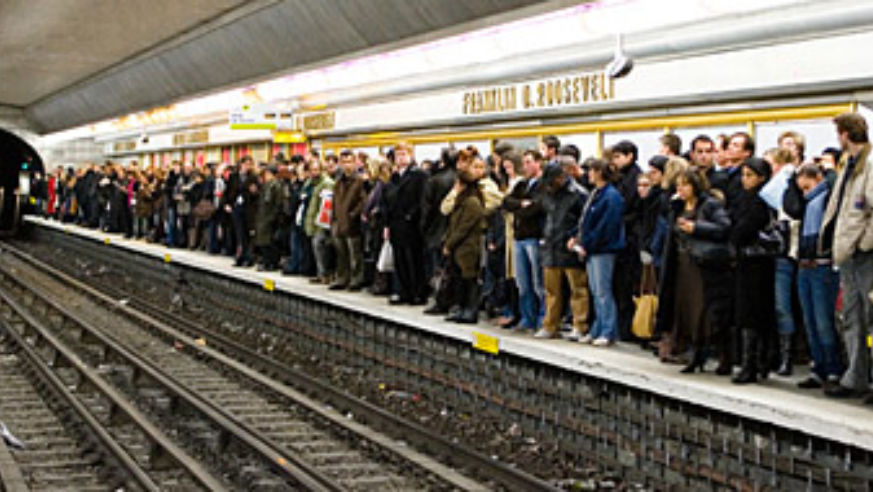 Persistent stereotypes paint the French as a bunch of beret-wearing, skirt-chasing smokers who seem to always be on strike. Needless to say, this portrayal is highly inaccurate—French people hardly ever wear berets. But their affinity for la grève—a mass work stoppage—well, that's still pretty spot on.

January 29 marked the first French strike of 2009, and it's already being referred to as "Black Thursday." More than a third of flights from Orly were canceled, high-speed TGV trains were running at only 60%, and regional trains, including those that take passengers to both airports, were severely compromised. Service on the Paris Métro (subway) was cut only by a quarter, however—a major improvement over past years.

Strikes like this are a regular feature of life in France, occurring at least once every year. As with this most recent one, disruptions are often confined to only one or two days. In November 2007, however, a strike lasted three agonizing weeks.

For those who are traveling, this sort of thing can seem like a nightmare. But strikes are actually quite manageable if you know what to expect. Here are a few simple strategies to help you grin and bear a grève, and maybe even catch your return flight home.

Plan Ahead Tourists are generally the only people in Paris who are caught unawares by a grève. The locals have been hearing about it for weeks, and have organized their lives accordingly. Before your departure, you can stay on top of the news by setting up a Google news alert. Enter the search terms "Paris," "strike," and whatever month you're traveling ("June 2009," for example). You'll receive an email alert if any potential upcoming strikes are being discussed in the media.

Stay in the Loop If you find yourself in the middle of a transport strike, do as the locals and obsessively check the RATP website. The local transport authority publishes regular updates to inform the public of any disruptions. They'll tell you which subway lines are working, and at what capacity. You can use Google Translate to render the page comprehensible, or just glance to see if trafic is normale (great!), perturbé (uh-oh) or très perturbé (forget it).

Rein Yourself In If the Métro isn't working, you may have to reorganize your itinerary. Visits to Versailles and cross-town culinary excursions should be sacrificed in favor of alternatives that are within walking distance. You can also plan to use Métro lines 1 and 14—these are automated and will continue to run (albeit with serious crowding) during any grève. As for taxis, all of Paris is trying to catch one, too. Don't pin all your hopes on hailing a ride. Better to roll with the punches and explore your nearby surroundings, rather than straining to reach a "must-see" across town.

Use Your Feet Paris is a small and extremely walkable city. Crossing from the Marais to the Louvre requires only fifteen gorgeous minutes. Even Montmartre, way up at the top of the city, is 30-minute stroll from the center. You can also use your feet to pedal a Vélib' bicycle, although these are in serious demand during a strike.

Make an Exit Strategy The suburban rail (RER-B) that serves both airports is almost always compromised during a strike. Service could be canceled entirely, or trains might stop at the first Paris station without continuing through the city—from CDG to Gare du Nord, for example, or from Orly to Denfert-Rochereau. Check the RATP website before venturing out with your heavy suitcase. Taxis are hard to find on the street but can be booked by phone in advance. If your French isn't up to it (or you don't want to spend 30 minutes on hold), you can ask your hotel's concierge for help with this one. Other alternatives include the Air France shuttle and assorted private shuttles. Our advice is to get this out of the way early and then enjoy the rest of your vacation. Peace of mind during a stressful strike is well worth that little bit of extra time and money.