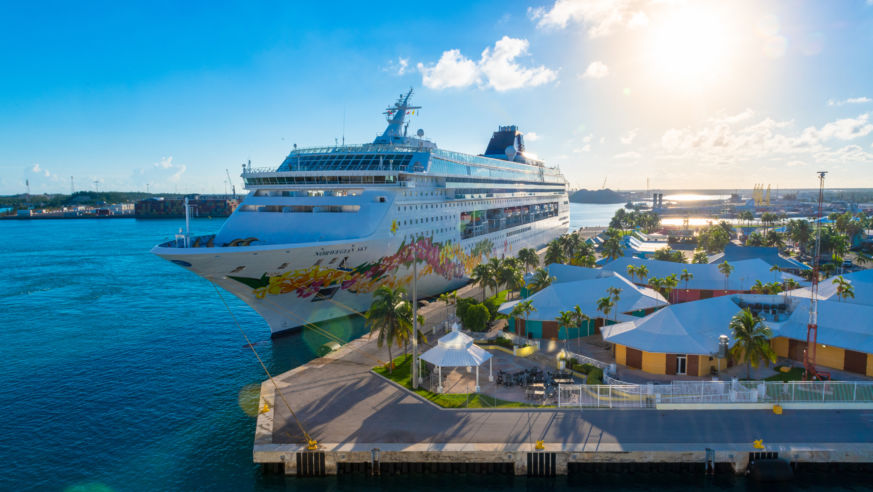 From the vibrant public markets in Nassau, Bahamas, to the exquisite Mayan ruins on Mexico’s Yucatan peninsula, the warm waters of the Caribbean are calling your name, and cruise lines are making a getaway more affordable than ever.

It’s easy to assume that a Caribbean cruise is out of reach for cost-conscious travelers. The exotic ports of call with fabulous shopping, conch fritters, and tropical cocktails; lavish onboard amenities including an endless array of food and drink; and all that onboard entertainment. You’ve heard your friends and family brag about their Caribbean dream trips and maybe you’ve felt just a wee bit jealous.

The good news is, if you know where and when to shop, it’s possible to nab Caribbean cruise bargains, even during the popular winter travel season. And by “bargains,” we don’t mean dropping $1,000+ on a cruise. We’re talking under $300 for multiple days and nights at sea. (Yes, you read that correctly: Under $300; in some cases, you’ll even pay under $200 for a pinch-me perfect sail.)

Here are some of our favorite cruise deals, including ports of call from the Bahamas to Mexico’s Caribbean coast. While we’ve focused on exceptionally low prices for the most popular destinations for some of the Caribbean’s major cruise lines, you’ll enjoy digging further into specific trips and onboard amenities as you choose the adventure that’s best for you. (All prices are per person, based on double occupancy; some cruise lines prefer the phrase “per day” and others “per night” – for clarity, we’ve identified trips the way each particular cruise line prefers, and you can assume that “three days” at sea means two nights, and vice-versa.)

The Bahamas can be one of the most accessible island getaways, a little more than 100 miles off the coast of Florida (you can even take a ferry from Miami to Freeport, Nassau, in under three hours for a charming day trip). For an affordable taste of the Bahamas, Royal Caribbean offers an array of shockingly low-priced cruises, from its two-night Perfect Day at Coco Cay, Bahamas, departing from Miami and starting at $192, to its five-night jaunt from Miami to Nassau, Coco Cay, and Grand Bahama Island starting at $297.

The best value may be the sweet spot in between those two trips: Royal Caribbean’s three-night Perfect Day + Bahamas cruise gets you from Miami to Coco Cay and Nassau starting at $199. There are currently more than 70 Perfect Day + Bahamas trips, aboard the Navigator of the Seas, in the coming months, with starting prices remaining well below $300 from December through the end of February.

Exploring the Caribbean doesn’t just mean island-hopping: Mexico’s Caribbean Coast offers beautiful beaches and ancient Mayan ruins that are easy on the eye, culturally enlightening and, frankly, unforgettable. Norwegian Cruise Line can get you to hotspots along the coast of Mexico’s Yucatan Peninsula for extremely reasonable rates: a four-day cruise from Miami to Costa Maya starts at just $99; a five-day cruise from Port Canaveral, Florida, to Costa Maya and Cozumel starts at $159. Travelers can add Harvest Caye, Belize, to a five-day Mexican cruise from Miami, starting at $219; and travelers from the deep south or midwest who prefer to depart from New Orleans can book a five-day cruise to Cozumel and Costa Maya starting at $259.

Turks and Caicos, while technically in the Atlantic Ocean, fits beautifully into an eastern Caribbean itinerary, with perfect beaches, shops, and restaurants. The island of Grand Turk is a popular scuba-diving spot. Carnival Cruise Line has a number of five-day cruises from Miami starting at $234 that will get you to Grand Turk and to Amber Cove, a port in the Dominican Republic where you’ll find great food and shopping.

The western Caribbean, including the luxurious Cayman Island and the welcoming laid-back vibe of Jamaica, can be accessible and affordable via a number of cruise lines. Carnival offers great value on five-day cruises from Tampa to Grand Cayman and Cozumel, Mexico, starting at $254, and five-day cruises from Miami to Ocho Rios, Jamaica, and Grand Cayman starting at $269.

Add a guest for half the price via Princess Cruises