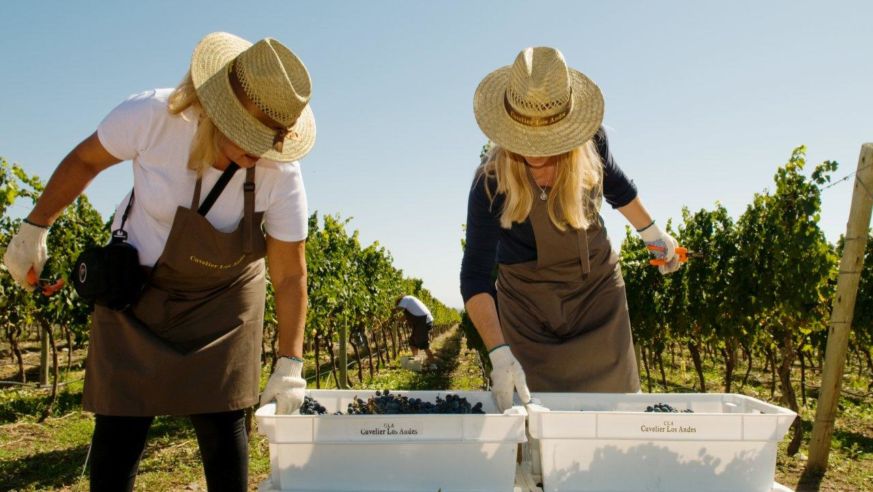 This article was written by Will Collier on behalf of Say Hueque, a company specializing in tours to Argentina and Chile.

Located in the Southern Cone of South America, Argentina is the 8th largest country in the world. Home to high mountains, immense plains, lush vegetation, and extreme deserts, Argentina is one of the world's biggest ecological reserves and has proven to be the perfect environment for wine making. Considering Argentina's history of Spanish, Italian, and French immigration, the country has a unique European heritage that has nurtured several generations of vine growers and winemakers.

Stretching from latitude 22° south to latitude 42° south and encompassing more than 228,575 hectares of cultivated area, Argentina's biggest wine region is located in the western portion of the country, at the foot of the Andes Mountain Range. Most often associated with Mendoza, this region is commonly referred to as Argentina's wine country and is known to be one of the top wine making regions in South America.

According to the Huffington Post, the Mendoza region ranks as the 4th best wine destination in the world. So what distinguishes Mendoza from other great wine destinations? In addition to the more than 1,200 wineries that account for 80 percent of the country's wine production, the fertile land of the region is perfectly suited for the conditions needed to grow Malbec, Argentina's most popular wine—the grapes used to produce Malbec are rarely found in other parts of the world. Although originally from France, Mendoza's high elevation and warmer climate have resulted in a very advantageous environment for growing Malbec. For this reason, many people mistakenly believe that Malbec is an Argentine creation. While Argentina can't claim responsibility for Malbec, the country is actually the birthplace of another type of wine: Torrontes.

Grown in the Cafayate Valley in the province of Salta, just north of the Mendoza region, Torrontes is a white wine grape variety that has been growing in popularity in the last few decades. With a special microclimate, the Cafayate Valley region is well suited for production of this fruity and aromatic type of grape and has seen outstanding vineyard development in recent years. While it has not yet reached the level of world-wide recognition that Argentina's Malbec has, this local invention is well on its way to becoming equally as famous.

For wine lovers, now is the time to discover the up and coming wine destination of Argentina. On a trip to South America, you will not only have the chance to taste some delicious wine, but can also take advantage of the unique activities that surround the wine region like hiking in the Andes Mountains in Mendoza and visiting local Andean villages in Salta.