Confessions of a Singing Tour Guide Mtsaride/Dreamstime
Amster Jan will not only show you the best of Amsterdam on a fun walking tour, but he'll also serenade you with Dutch folk songs!

Jan Tervoort, known as “Amster Jan,” will lead you on a walking tour of Amsterdam and serenade you with traditional Dutch folk songs along the way. Here, his insider hints for visiting the uniquely gorgeous city. 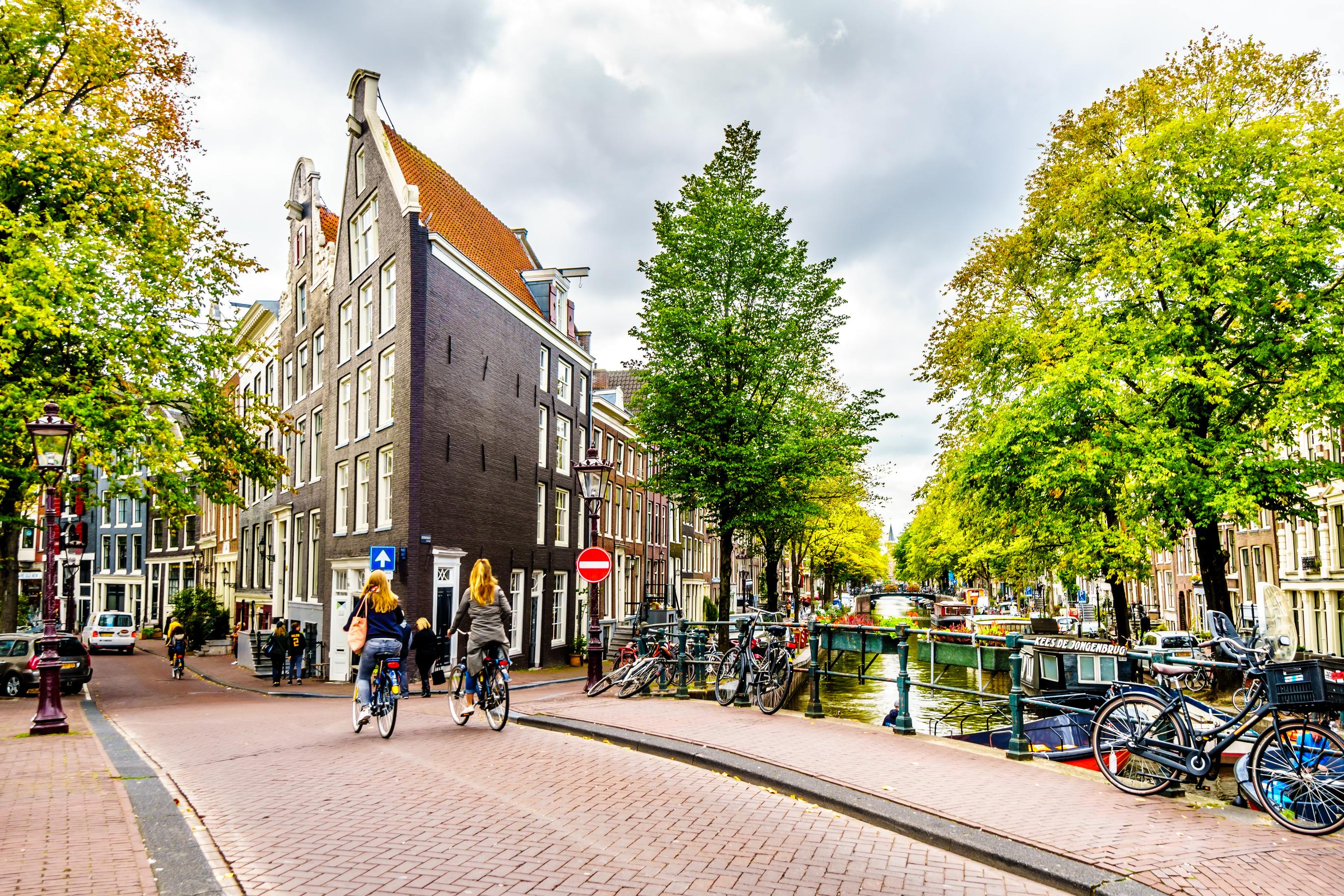 Q: What inspired you to become a singing tour guide?

A: I fell in love with Amsterdam when I moved here 12 years ago and started giving tours to friends who were visiting, then decided to go professional. The city’s tourist industry is very competitive, so I needed something to stand out. I brought along my guitar and sang old folk songs. I’m still the only singing tour guide in the city.

Q: What’s your best money-saving tip for the first-time visitor to Amsterdam?

A: Contact me at Amsterjan.nl. Start with a general tour of the city. A two-hour tour costs 100 euros, but the tips and advice you will get in the two hours will help you save time and money the rest of the trip.

Q: I’ll bet you get asked a lot of interesting questions on tours.

A: One family brought their 89-year-old grandma in a wheelchair to the old Amsterdam neighborhood where she was born. They brought along a very old picture of the house where she was born, and for some reason she didn’t know the address. From clues in the picture, we went for a search through the neighborhood and found the place. It was very in­teresting and emotional. 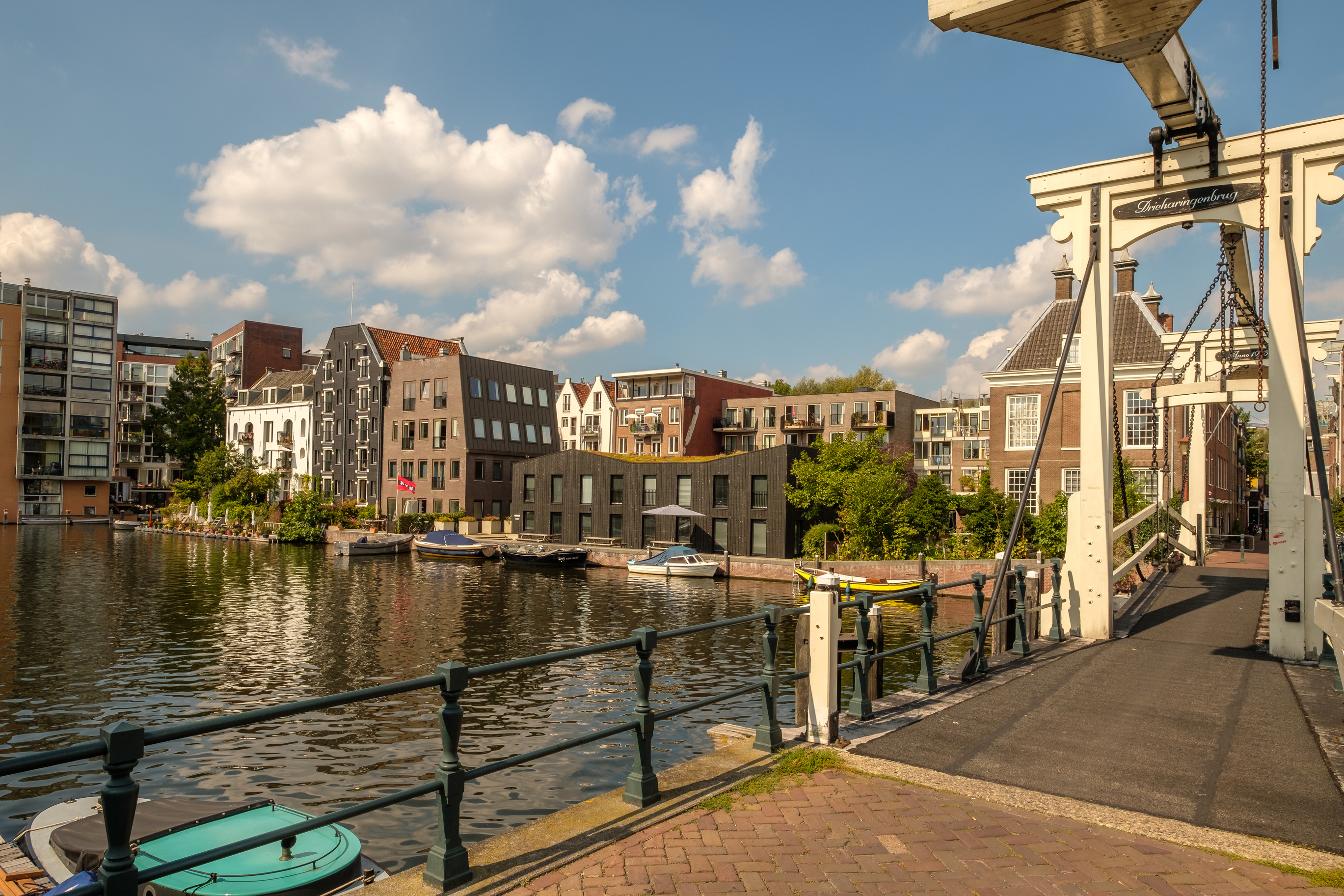 A: Visit the Western Islands, created in the 17th century for the shipping industry. Tourists haven’t discov­ered them yet. They’re in the center of Amsterdam close to central station, the busiest part of the city, but on the islands it is totally quiet. There is almost no traffic, beau­tiful old storehouses, little old wooden walking bridges, a little children’s farm, nice canals, a local bar, and no shops. You’d actually feel as if you’re going back in time if it weren’t for the big yellow submarine that rests in the central canal.

Q: What’s the weirdest encounter you’ve had on a tour? 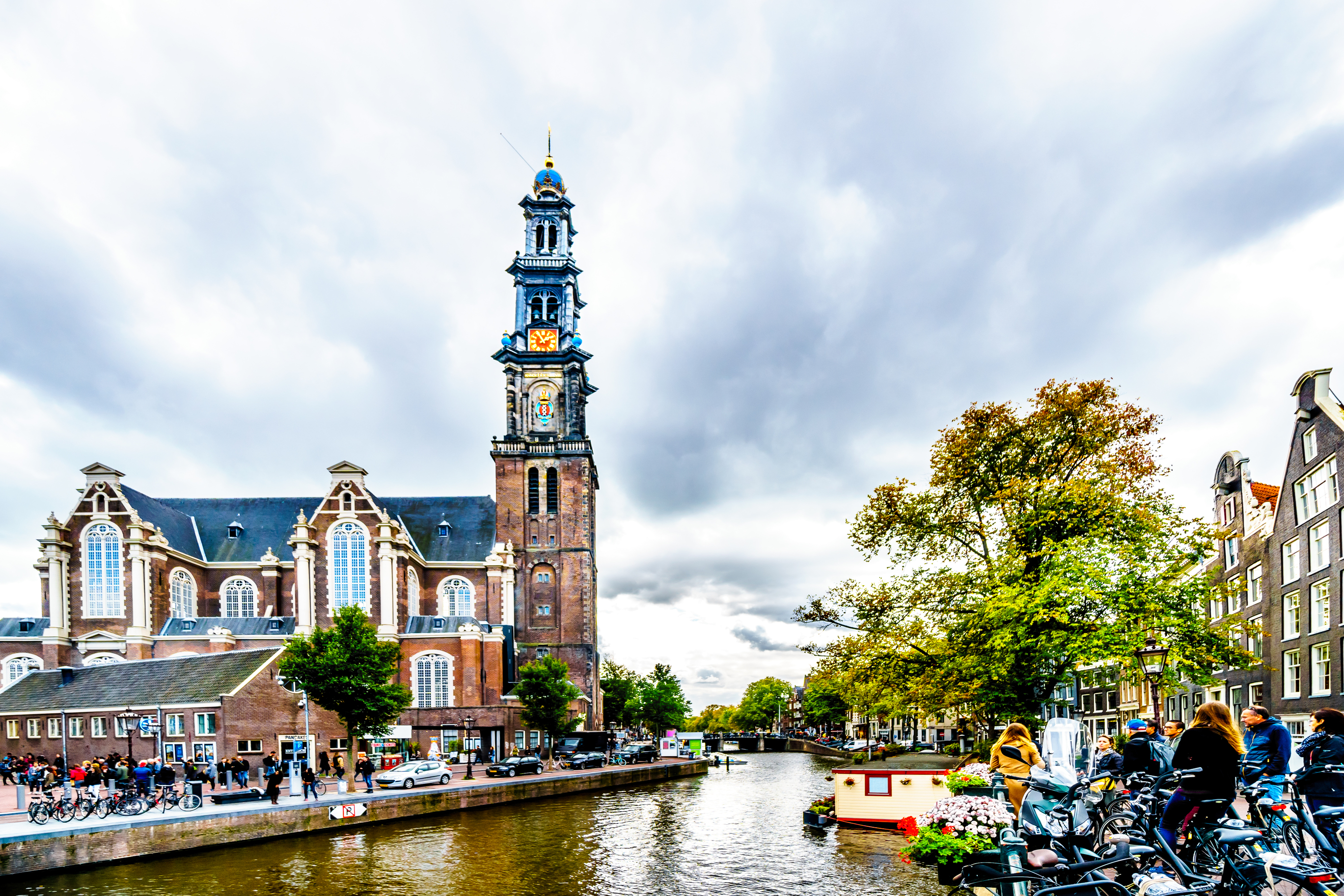 A: In the posh neighborhood of Jordaan, I was telling a tour group about one of Holland’s most famous gangsters, and the gangster in question actually pulled up on a scooter to say hi. Every­one went silent, then be­gan to laugh. The man is currently in jail, charged with several murders. 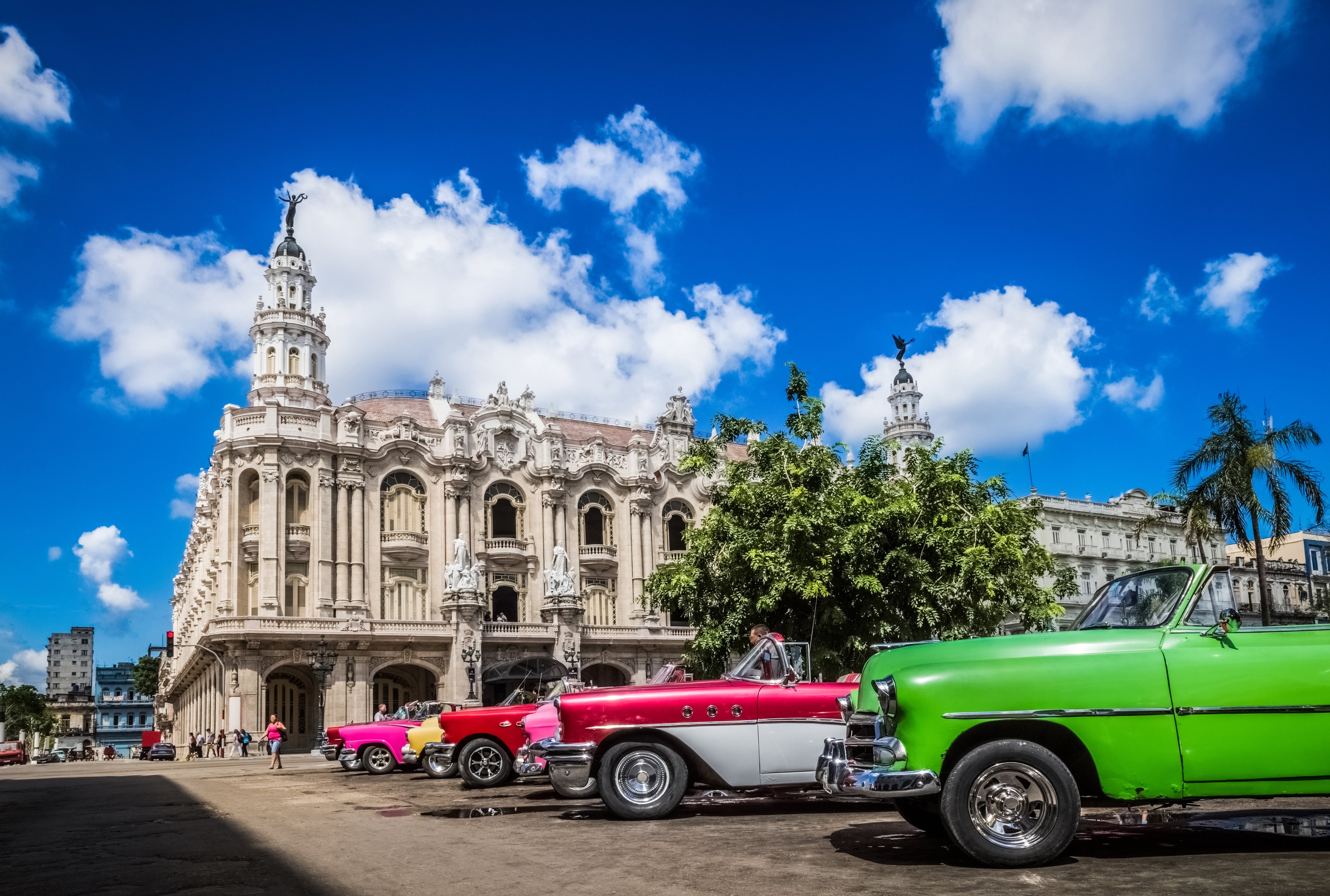 Just Back From: Cuba 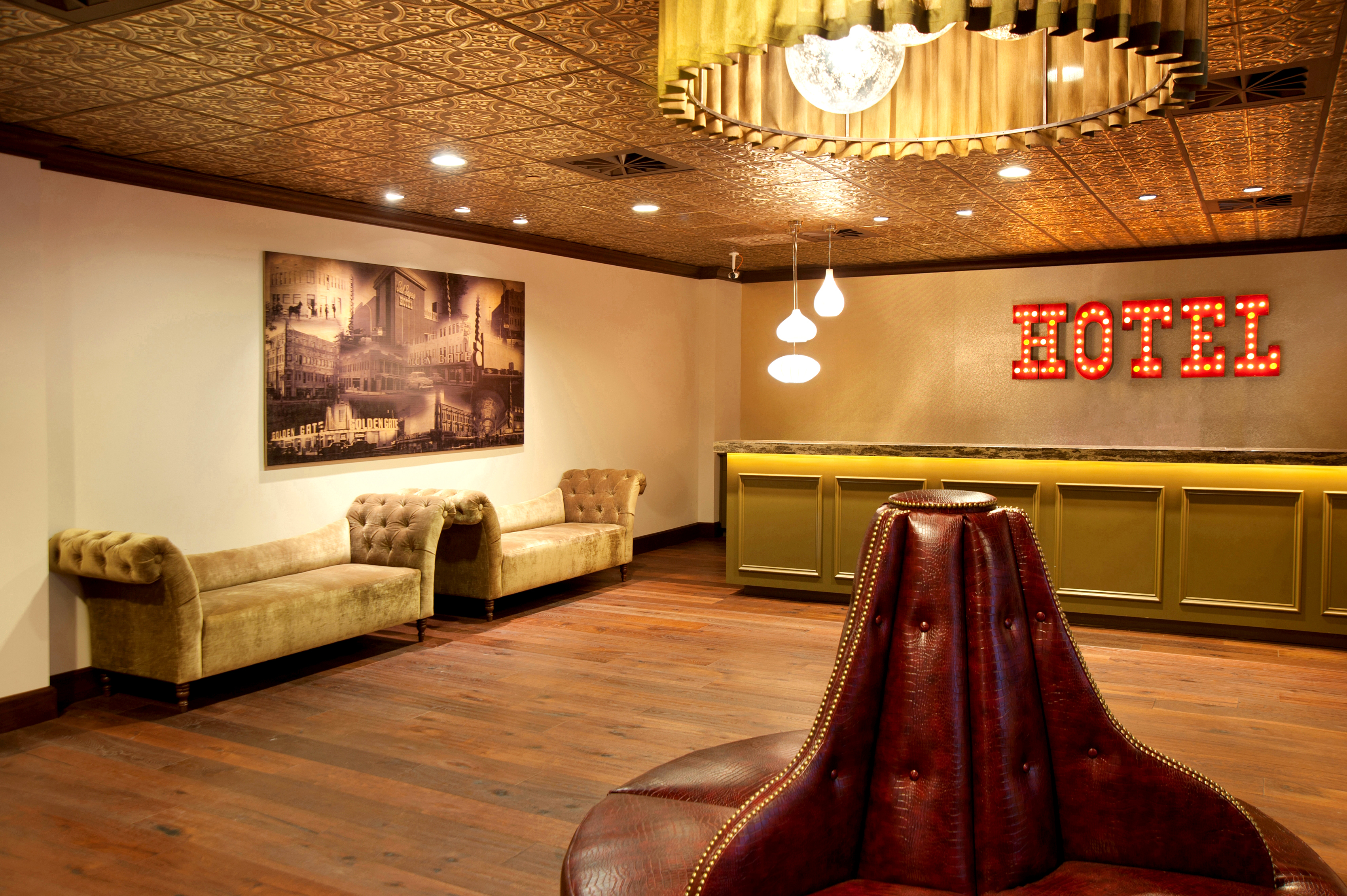 Las Vegas has a Burlesque Hall of Fame, the Mob Museum, the Neon Museum (more on that in a minute), and all kinds of other institutions that focus on aspects of Sin City's heritage. There is, however, no official establishment that puts the city’s history on display. For that you can turn to the Golden Gate Hotel and Casino.  THE STORY The hotel, located off The Strip, has all the glitz and bravado of the familiar Las Vegas resort, but what makes it notable is not an elaborate theme park-like vibe or lavish fixings. Yes, it’s a tremendous property with 122 rooms and a sprawling 24-hour casino (as if you need reminding that a Vegas casino is 24-hours), but its main attraction is in the fine details. You don’t have to look too hard to see that property is a veritable time capsule and if you know where to look and who to ask, you can pick up nuggets of local history that are as captivating as watching the resident card shark clean up at the blackjack table. The hotel was built in 1906, and one of the regular visitors was none other than Dean Martin. He had a fear of flying, so he always came to down on the bus. Today you can still spot the Greyhound station across the street from the main entrance.  A display cases in the hotel lobby exhibit original betting ledgers and antique telephones, the latter in honor of the Golden Gate having the first working phone in the city. The phone number? “1.” In what we can only assume is a nod to its telecommunications claim to fame, the last four digits of the hotel’s main phone number today is 1906, the year is opened. HISTORIC BUILDING, MODERN QUARTERS When the Golden Gate first opened at the turn of the 20th century, there were 106 guest rooms. Then in 2012, having endured countless design styles and American movements, the hotel built an entirely new five-story tower. It’s connected to the original structure seamlessly in terms of design, but its forward-looking design and engineering elements are astounding. For instance, it was the first cement hotel in the country. And elevator in the addition runs on energy generated by the elevator itself on each trip downwards. It's the first of its kind in the state and 16th in the world. Additionally, the water in the rooms are heated by geothermal wells. The original rooms have all been renovated and outfitted with thoroughly modern amenities, motion-sensor climate control, like flat-screen TVs and iHome clock radios.    Rooms range from a standard set-up to luxury suites to two posh penthouses and they feature design touches that pay tribute to various styles that defined the 20th century. Art Deco accoutrements, for one, range from lamps to the pinstripe-inspired carpet patterns. And speaking of carpets, don’t miss the floor coverings in the casino. New carpeting, laid down in 2012, has a design reminiscent of Art Deco patterns.  THE NEIGHBORHOOD Any hotel on The Strip boasts The Strip as a main attraction. The Golden Gate is located in what’s considered Vegas’s Downtown, which is less than five miles from the Bellagio and the rest. But while you don’t get fountains that put on a Broadway-caliber show or buildings that make you feel like you’re at a World’s Fair, you don’t have to trade off any of the raucous, late-into-the-night revelry. One of the hotel’s entrances opens right out onto the Fremont Street Experience, a lively four-block-long pavilion-like street that features a 10-story tall video screen that shows jaw-dropping light shows at the top of every hour from 6pm to 1am.   The property is less than a mile stroll to the fantasy-tinged Neon Museum, an engaging institution that features, among other things, a “boneyard” of gargantuan signs of light bulbs, neon tubing, a study of the intersection of kitsch and class. They tell the story of iconic restaurants and hotels that have risen and fallen since Vegas became a destination for its flash and glamour and American soul. There’s The Golden Nugget sign from 1961, with neon reaching up to three stories in height. There’s the Moulin Rouge’s sign from 1955, marking the first integrated casino. Treasure Island Casino’s hulking pirate skull. When taken as a whole, the relics chronicle the joys and fears of a nation. You’ll learn, for instance, that when the Russians launched Sputnik in 1958, all things pointed to atomic testing, both in the news and in culture. Thus, all kinds of imagery of atomic-themed beauty contests and the 19-story sign for the luxurious, mobster-run Stardust, its name spelled out in jagged-edged letters like an animated explosion. The hotel was imploded in 2007. RATES &amp; DEETS Starting at $55. Golden Gate Hotel &amp; Casino1 Freemont StreetLas Vegas, NV 89101 (702)385-1906 / goldengatecasino.com 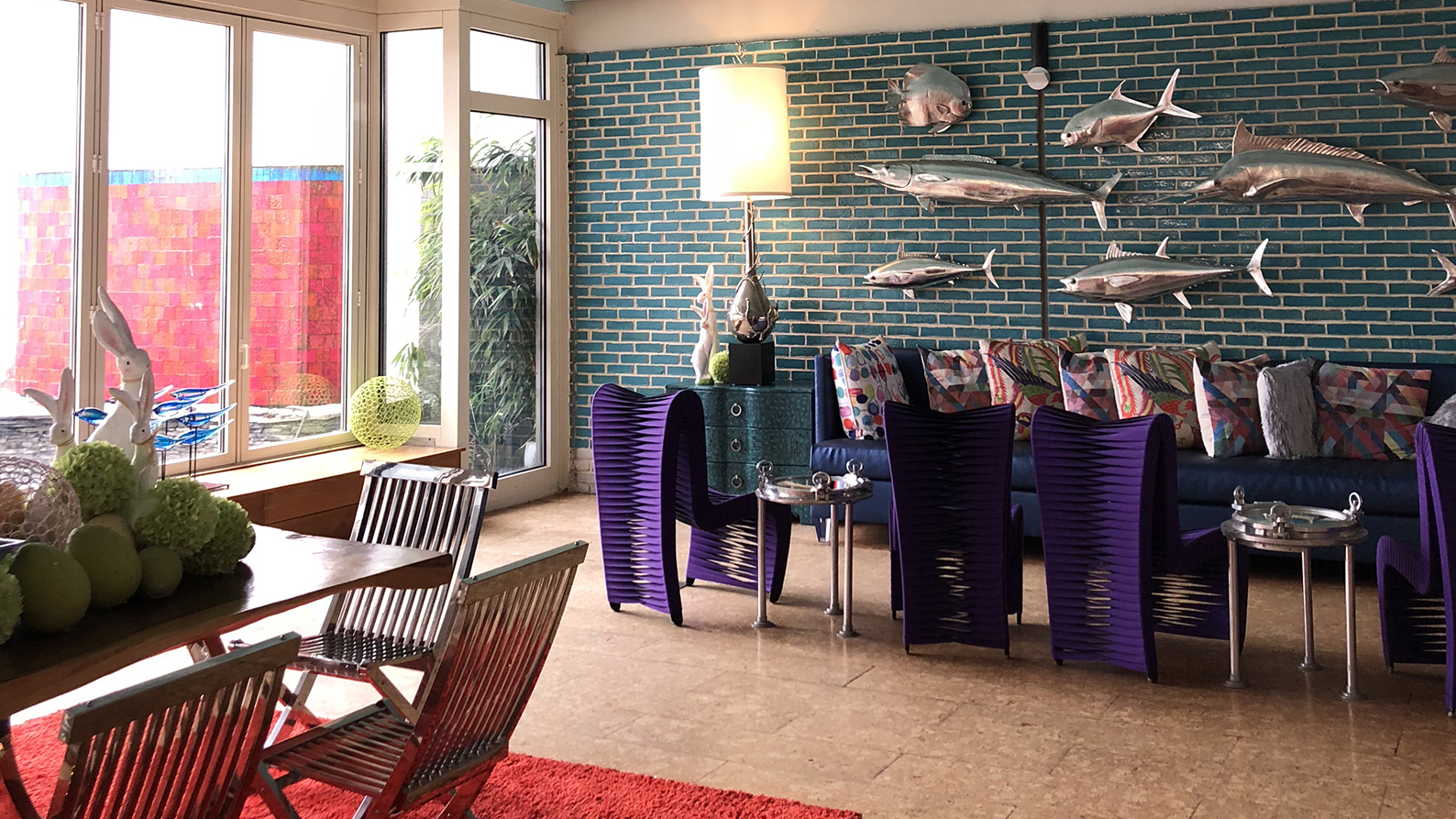 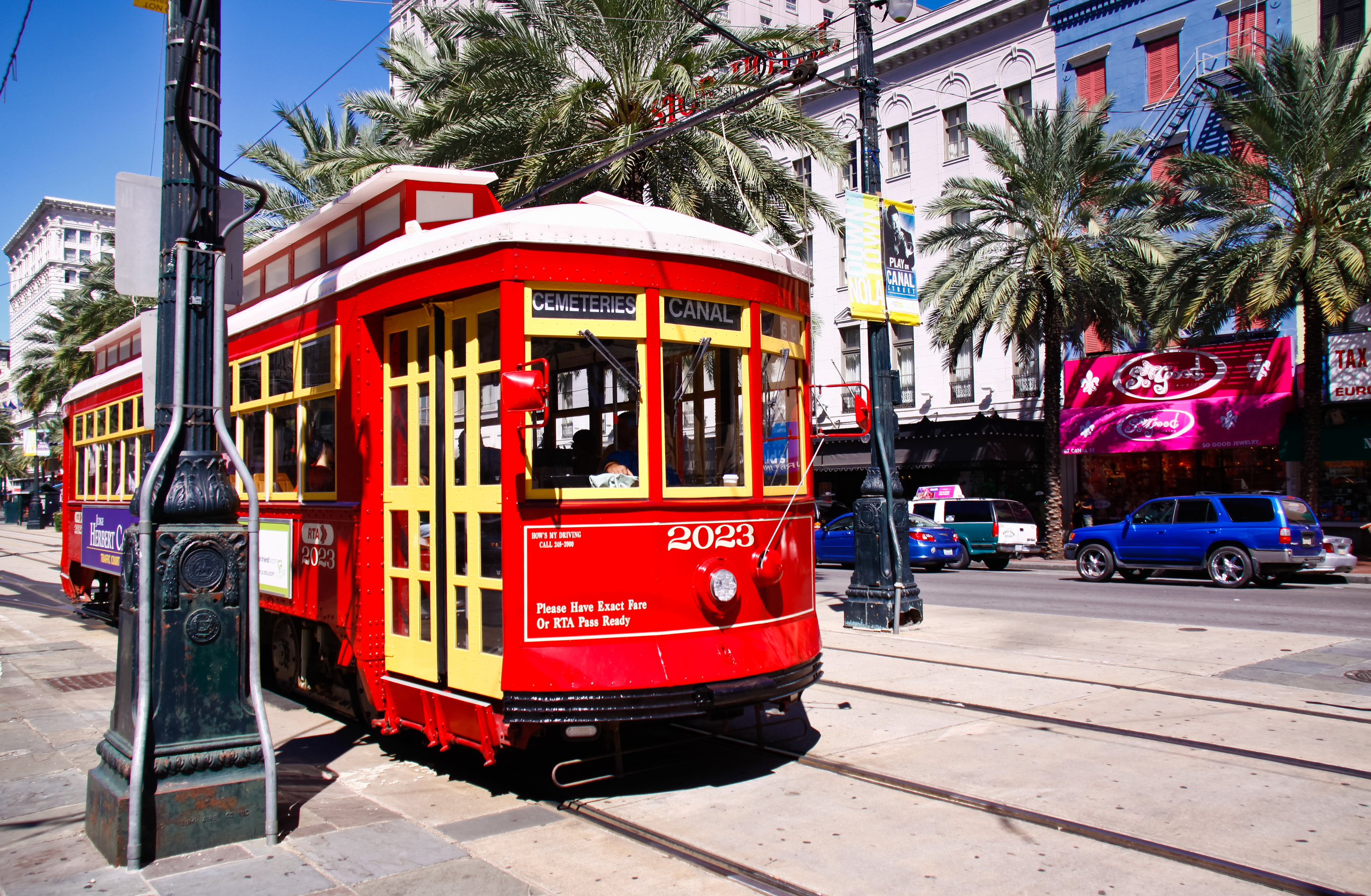 If you listen closely, you can hear the sound of winter 2018 melting (finally!) into spring, and with that warm weather comes spring road trips, big-city getaways, and hiking in the national parks. Budget Travel editor in chief Robert Firpo-Cappiello shares three great spring destinations on The Weather Channel’s morning show, AMHQ, on Friday morning, March 30, around 8:40am Eastern. If you miss one of our regular live broadcasts on The Weather Channel, you can often catch them on Budget Travel’s Facebook page, and, of course, you can learn more about each of these affordable spring trips right here at BudgetTravel.com. 1. SANTA FE, NEW MEXICO First of all: How does 300 days of sunshine per year sound? That’s what Santa Fe, New Mexico, enjoys, and you will too. The second-oldest city in America is also the highest state capital, at 7,000 feet above sea level. Santa Fe offers incredible history going back to the days when it was a hub for traders and pioneers in the Southwest. You’ll love the museums, galleries, and interactive art spaces, decadent spas, great food, and free-flowing margaritas. It’s a city that embraces its own quirkiness, earning its nickname, The City Different. 2. NEW ORLEANS New Orleans has a reputation for partying, and this year may be its biggest party yet. The Big Easy celebrates its 300th anniversary all year long, and spring - the sweet spot between Mardi Gras and summer vacation - may be the best time to find bargains and fewer crowds. You can hear authentic American jazz, blues, and other music all over town, try a classic Sazerac cocktail, explore the city’s voodoo culture, and kayak the bayou. 3. GREAT SMOKY MOUNTAINS NATIONAL PARK With more than 11 million visitors each year, Great Smoky Mountains National Park, straddling the Tennessee and North Carolina border, is America’s most popular - it’s centrally located for a relatively easy road trip from much of the East, South, and Midwest. And admission is free, thanks to an agreement with the state of Tennessee when the park was founded (though we do recommend you make a donation to the nonprofit Friends of the Smokies. The park is bouncing back from the fires of late 2016, and it’s the ultimate budget escape with campsites for $20, amazing hiking, old-growth forest, and the kind of scenic overlooks that Instagram was invented for.