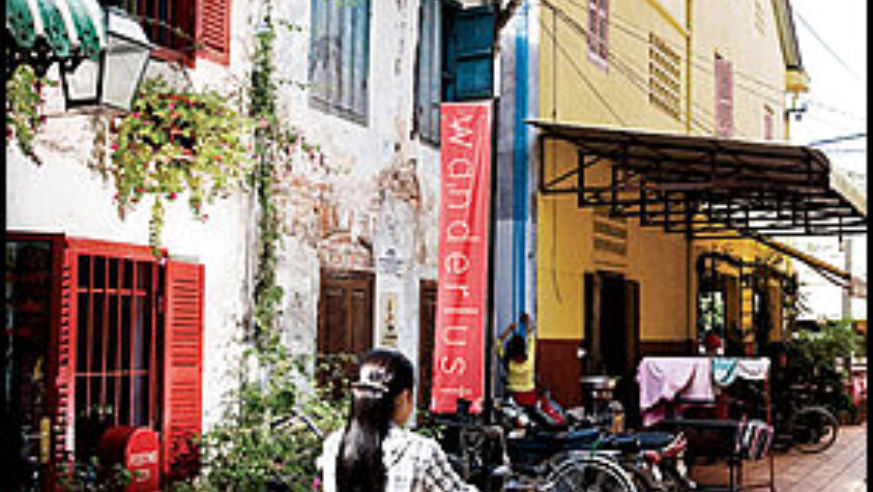 In Phnom Penh and Siem Reap&mdash;Cambodia's official and unofficial capital cities&mdash;a growing cadre of entrepreneurial locals and expats is filling the country's frangipani-lined streets with chic boutiques and inventive hotels and restaurants.

As an editor at Mademoiselle and Jane magazines in New York City—and, later, as the global creative director of bag company LeSportsac—Elizabeth Kiester learned a thing or two about the fashion business. But when she decided to launch her own clothing line, it wasn't Paris, London, or Milan that she chose as her home base, but Siem Reap, the Cambodian town best known as the default stop for backpackers en route to Angkor Wat.

Kiester first visited the country as part of a volunteer project in April 2008 and was so impressed that within six months of returning home, she decided to head back to Cambodia and settle in. "It was like a lightbulb went off for me," she recounts. Kiester's first boutique, Wanderlust, opened in fall 2008 in Siem Reap's Alley West. After a highly successful year, she unveiled a second location in Phnom Penh last month. Both stores sell her brightly colored, billowy cotton tops and dresses—perfect for braving the country's unrelenting heat (21 St. 240, Phnom Penh, wanderlustincambodia.com, dresses $60).

While many of Phnom Penh's developments are entirely new builds, in slower-paced Siem Reap, about 200 miles northwest, even the latest additions pay tribute to the past–appropriate, since the town lies in the shadow of ancient temples. Take the storied Hôtel de la Paix, first built in 1955 and reconstructed in 2005: Last year, it branched out with its satellite restaurant and wine bar Aha, about a five-minute walk away (The Passage, Old Market, hoteldelapaixangkor.com, entrées from $6). The restaurant's adventurous twists on regional dishes (green mango and dried snake salad) embody what makes this country's revitalization so special: a careful preservation of Cambodia's cultural heritage, enlivened with just the right amount of sizzle.