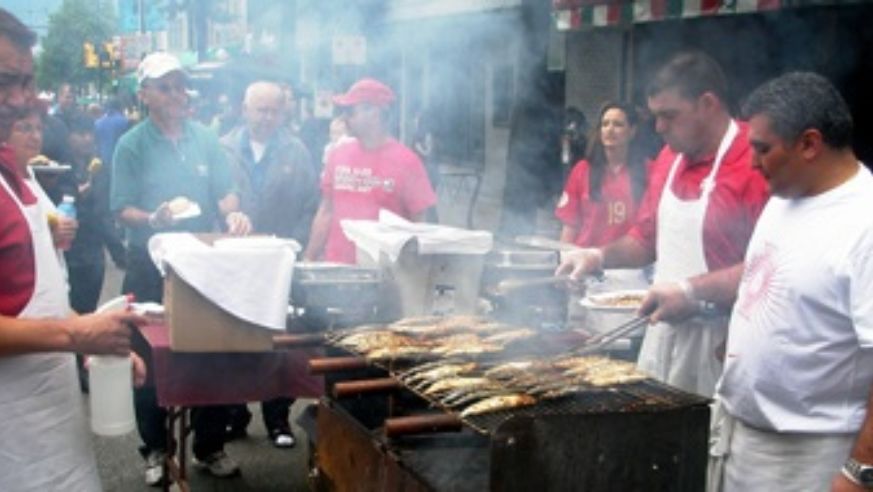 We're deep in the production of our May food issue, and so food is very much on the brain in Budget Travel offices these days. We're awash in microdistilled gin from Brooklyn, chips from Taiwan, and wine from Walla Walla. (If you have a good idea for coverlines, we're all ears!) In reading about some new restrictions for food carts in Vancouver, I fell into an online food cart coma after discovering this terrific web site: vancouverstreeteats.ca. The name of the site, run by an intrepid duo who identify themselves only as "James and Amy," belies its geographic breadth, which ranges from Texas to Thailand and has news and information on food carts—and the fascinating people who run them.

Up until last year, street vendors in Vancouver were only allowed to sell popcorn, chestnuts, and hot dogs. When that ban was lifted, the floodgates opened to the international community and the number of carts skyrocketed. However, a new city council ruling has approved an initiative to expand the number of "healthy" street options, limiting hot dogs in favor of fare like squash and quinoa.

While I'm as cautious as the next traveler about eating off the ground, I will happily eat out of a tin-can contraption on a corner. And god knows, I'm not looking to limit my caloric intake when I do so. In my experience, eating street food has been the surest way to get the flavor of a city. Not to mention that you are guaranteed to meet the chef.

This new city ban brings the potential to squash a burgeoning foodie creativity. And what a shame that might be. I'm all for healthful food, but when it comes to carts, and tasting your way through a city while standing, arteries aren't necessarily this hungry traveler's primary concern. Deliciousness is.

What's the tastiest, and most unusual thing you've ever eaten from a street cart?

How to Eat Street Food Without Ruining Your Trip

How to Eat Street Food Without Ruining Your Trip