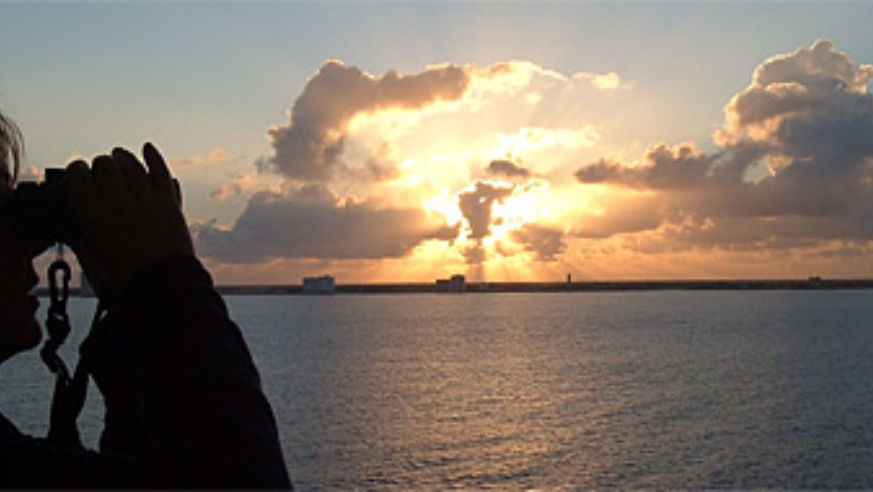 An amazing deal on a cruise was nabbed by Budget Travel blog reader Maureen of Mission Viejo, Calif.

She scored a 30-day South American cruise from Los Angeles to Rio de Janeiro leaving on Nov. 22, 2009. Her obstructed ocean view cabin was only $1,697. After you include government taxes and mandatory gratuities, it figures out to be only $74 a day per person!

That's about a third cheaper than the list price. Maureen says:

Right now the current brochure for the cruise we are taking states a balcony fare from $2,979, add $197 govt.fees/taxes plus $330 tips ($11 per day added on by Princess per person). The math for this trip figures out to be $110 a day for a balcony room.

Even more impressive, Maureen is paying about 59 percent less per day for her upcoming cruise than the last Princess cruise she took (staying in a comparable berth). Consider that Maureen went on a 10-day eastern Caribbean cruise with Princess this past January and paid $1,730 per person for a balcony (no fuel charges). Adding the $110 for taxes and tips that trip came to $184 a day.

We asked her how she got the deal, to see if we could pick up some pointers:

We got this deal from a Princess brochure mailed to us as frequent Princess cruisers (having been on Princess at least three times). We have been receiving these "exclusives-special offers just for you" frequently as well as mailers from other cruise companies. I have been monitoring the prices of all of the cruise lines for the last 4 months. This price was just reduced on Princess's website on June 10th.

Maureen's tip: Use a travel agent, but negotiate

I chose to book through a local travel agent I have used before. She is really good, thorough, and only deals in cruises. She makes all the phone calls to Princess regarding questions I may have. I saw the Princess eastern caribbean cruise we recently went on listed in Vacationstogo.com for the same price as the Princess website was quoting but with $100 shipboard credit and a free bottle of wine. I told her I would rather book with her and would she match that website's extra offerings? She not only met vacations freebies but added a big bottle of water to our stateroom. She also gave this same deal to my girlfriend who was traveling with us and who ended up booking through her.

Maybe people do not want to go to South America??? Maybe that explains the low cost?

We have never been south of Mexico. And we live an hour north from Los Angeles harbor where the cruise starts. The only major cost for us is the price of flying back from Rio where the cruise ends during the Christmas holidays. But we have found some good fares on the internet around $900-$1,000.

Congrats, Maureen, on your great deal. And thanks for sharing your tips!

Real Deals in Cruises, hand-picked by our editors