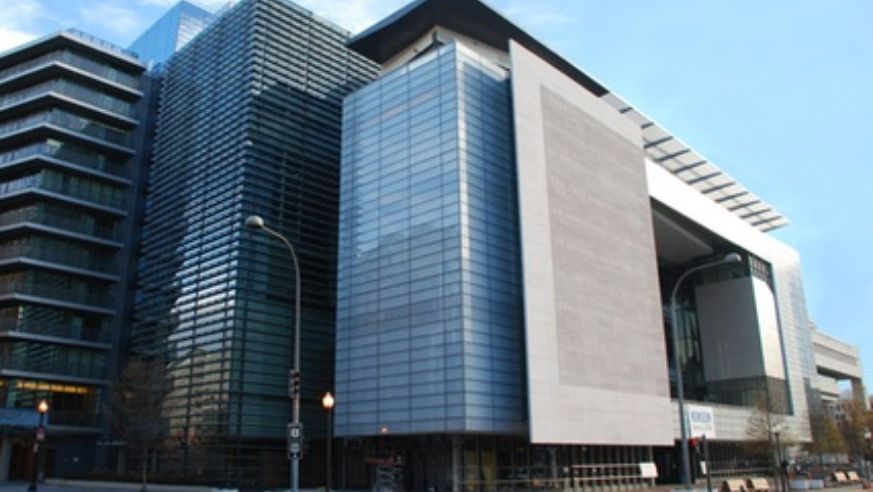 Today in Washington, D.C., the Newseum opened on Pennsylvania Avenue diagonally across from the National Gallery of Art. It's a 250,000 square-foot museum honoring journalists, who many Americans feel are out of touch with their fellow citizens, and the First Amendment to the Constitution, which guarantees the freedom of the press. (On the side of the modernist façade, the First Amendment* is etched in giant letters.)

The Newseum has seven levels of galleries, theaters, and retail shops. There are exhibits on the past five decades of news history, a collection of Pulitzer Prize-winning photography, a mock-up of a TV newsroom where you can play reporter, and a sobering permanent exhibit on how the events of September 11th were covered. You'll also find wall panels that list the reporters who have been killed while doing their jobs.

In all the hoopla, the roughly $450 million project was criticized by media gadfly Jack Shafer on NPR as a "vanity operation." (He's calling for a boycott, and recommends that travelers instead go to the Paley Museum in New York City.)

Still, the Newseum might be worth a stop, especially for families looking for a different type of attraction on the National Mall. The Newseum uses the latest technology in its displays. And c'mon, taping a "report" in front of a simulated White House? That's just cool. (It may become even cooler for kids after MTV launches its new reality TV show about journalism, The Paper, next week.)

Decide for yourself with a virtual tour. Tickets are $20 apiece.

*Corrected 3:02 p.m. ET: The First Amendment is printed on the side of the building, not the Fourth, search and seizure (as originally posted, due to an editing error).

The Washington Post offers tips on navigating the Newseum.