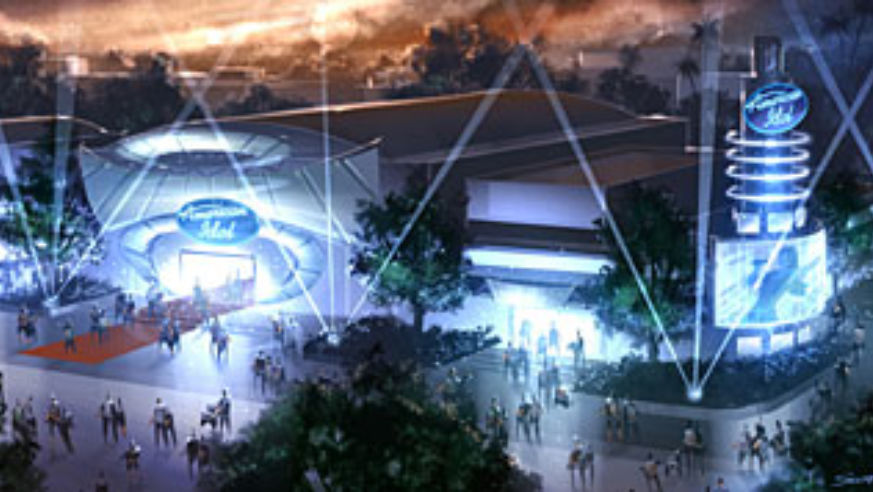 American Idol is coming to Walt Disney World as part of the major revamp of Disney's Hollywood Studios (formerly Disney-MGM Studios). Due to open later this year, the attraction will closely follow the format of Fox's popular singing competition. Each day, amateurs aged 14 and older will compete, and winners will face-off in a Grand Finale show nightly. Top performers who are 16 to 28-years old will get to enter a regional audition for TV's American Idol on another day. No word yet on whether Scrooge McDuck will play the role of the obnoxious judge.

And here's news from elsewhere around the Disney-verse:

Toy Story Mania: As part of the changes at Disney's Hollywood Studios, Toy Story Mania! will open this summer at the new Pixar Place. (The 3-D attraction will also open at Disneyland's California Adventure.) To coincide with this, Disney-Pixar has announced that Toy Story 3 will be coming to theaters in 2010, while parts 1 and 2 will be re-released in 3-D in 2009.

The Year of the Mouse: Taking corporate synergy to a whole new level, Disneyland is celebrating the "Year of the Mouse." For those not in the know, last week was the Chinese New Year and marked the beginning of the "Year of the Rat." (But don't ever call Mickey that!) Meanwhile Hong Kong Disneyland has announced that the first baby boy and girl who were born in the new year in Hong Kong will receive lifetime passes to the Disney theme parks in Hong Kong, Paris, and the States.

Flower Power: In Florida, Epcot's International Flower & Garden Festival begins March 19, and will run for 75 days—15 days longer than last year's festival. This year's theme is a day at the beach for Mickey and Minnie. Much like Epcot's Food & Wine Festival, the celebration will include guest speakers, seminars, exhibits and concerts.

For more information, check out the redesigned disneyworld.com.