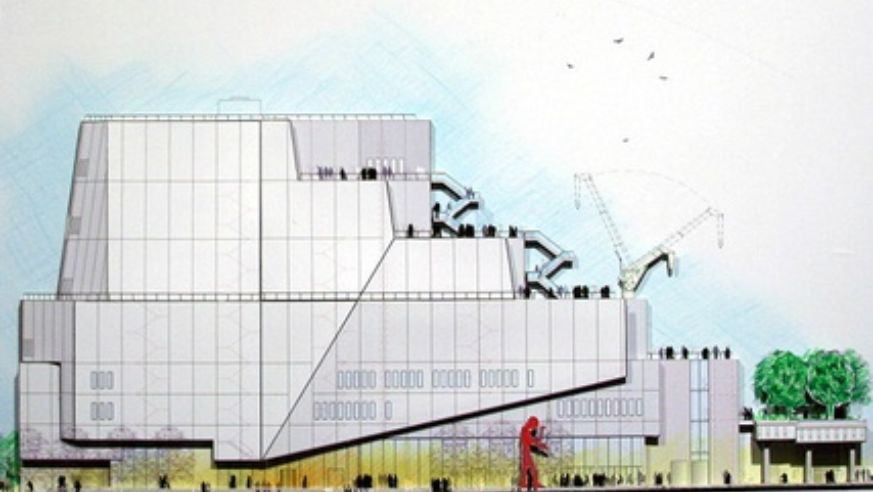 Courtesy of Renzo Piano Building Workshop in collaboration with Cooper, Robertson & Partners
Sketch of downtown Whitney building as seen from the south

You might have a new museum to add to your list of must-sees: The Whitney Museum of American Art has announced plans to add a second location in downtown New York.

The building, located in the Meatpacking District, will offer six floors and about 50,000 square feet of gallery space. Award-winning Italian architect Renzo Piano, based in Paris, is the designer—the New York Times said "the museum’s monumental exterior forms are conceived as a barrier against the area’s increasingly amusement-park atmosphere," a departure from his other works, including the Nasher Sculpture Center in Dallas.

The new location will surely be a sight—the Whitney plans to raise $680 million for the project, with construction beginning in 2009 and a planned opening in 2012. The Whitney's collection consists of 20th and 21st century American art, including works by Jasper Johns, Georgia O'Keeffe, and Andy Warhol, to name a few.