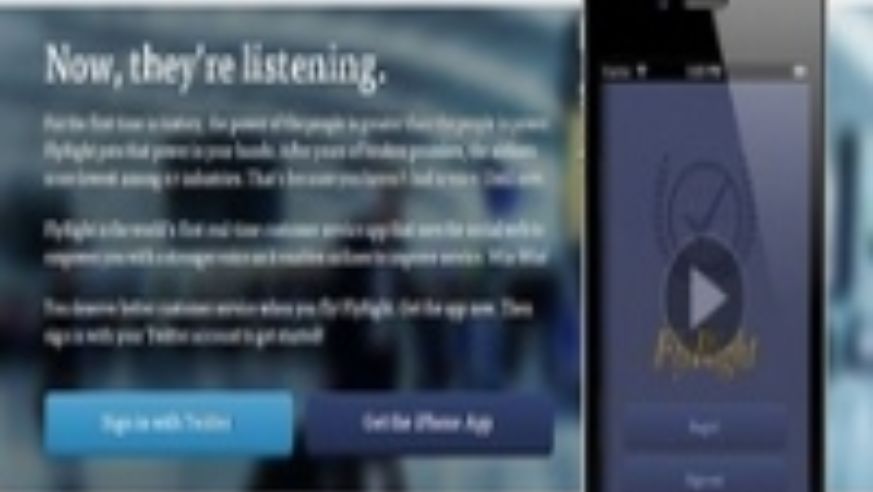 FlyRight is a new app that lets people with iPhones to post their reviews—good and bad—about any aspect of a flight. The app then does the work of making sure the passenger's message is forwarded to an airline's customer service department.

The app works best for travelers who have a Twitter account. Many people already know how to find airlines on Twitter and to tweet at them. But it can be hard to tell all the details of a customer service problem in under 140 characters.

FlyRight makes the process easier and helps to amplify the voice of consumer. The app has a fill-in-the-blank set of forms, which lets a user figure out precisely what needs to be said to get the best results. You can write at length and not be limited to the length of a tweet.

FlyRight then creates a post about your experience, creates a special short URL link to the post, and then tweets that link to the airline's customer service account.

Complaints filed through the app will be considered official, actionable complaints by the Transportation Security Administration (TSA) and Department of Homeland Security (DHS), says the company.

Airlines used to respond to specific customer issues on Twitter mostly no longer do so because customers weren't able to use tweets to describe their situation well.

FlyRight may be able to help by allowing customers to write more, and prompting them to fill in the specific details that are essential for helping to resolve problems, such as this recent complaint.

On the plus side, being able to fill out a complaint in 30 seconds on the fly while you're thinking about it is a handy thing for travelers. A traveler is more likely to make a complaint while they're in the moment and at the scene of the event.

On the other hand, many airlines ignore Twitter entirely, and FlyRight isn't yet forwarding on complaints to these airlines via other means. That's a major hole in the process.

But FlyRight is promising, and we hope there are more efforts to help travelers.

In the meantime, people who have difficulty in getting travel problems resolved should visit Christopher Elliott's excellent website, where he acts as an ombudsman as well as a travel expert.

Study: Airlines Are Ripping Off Passengers with Inflated Fuel Surcharges

What's Your Biggest Pet Peeve When You Fly? (50+ comments)

Why Airlines Should Bring Back Delicious In-Flight Meals