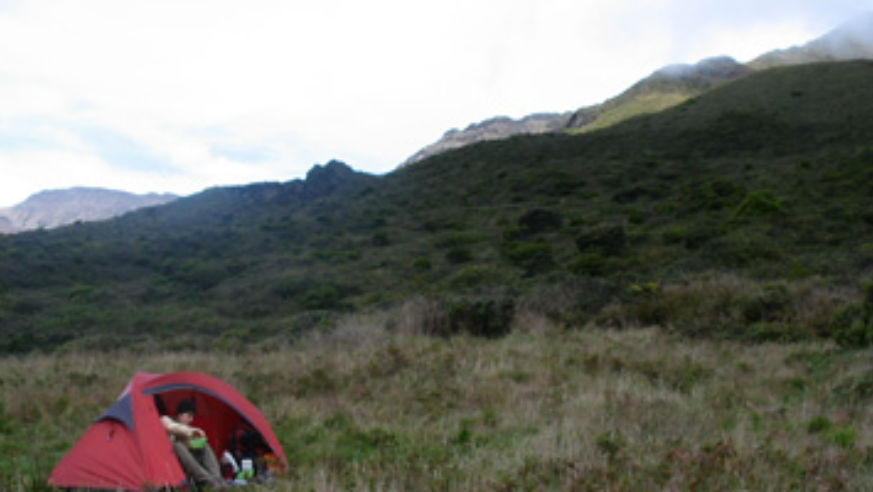 Courtesy blake31/myBudgetTravel
A lone camper on Mt. Haleakala in Maui.

Most Americans can find the money to go camping. The problem, though, appears to be that we can't find the time.

A 2011 report from the Outdoor Foundation starts out by noting that "camping continues to shine as an American tradition." Yet the numbers seem to indicate that the tradition is fading. Later in the report, it states:

A decrease of 4 million people and over 65 million outings seems like more than just a slight drop. The figures represent decreases of roughly 10 percent, which is pretty darn substantial.

What's more, survey data in the report indicates that campgrounds shouldn't expect much of rebound in popularity going forward:

Campers are planning an average of 5.07 trips next year, down slightly compared to the 5.52 trips made during the previous year.

And why are fewer Americans camping? A Los Angeles Times post focuses on answering this question. In surveys, the most frequently cited reasons why people weren't camping more were a lack of time because of work and family commitments.

One might expect camping to have increased in popularity while the economy has struggled over the past few years. Few vacations are as affordable as camping, after all.

Instead, what seems to have been happening is that American workers are taking fewer, shorter vacations. Given today's work environment and the precarious state of the jobs market, camping, which is best enjoyed during long and leisurely stints, apparently is no longer on the short wish list of getaways for many workers.

4 Things Every Camper Should Know