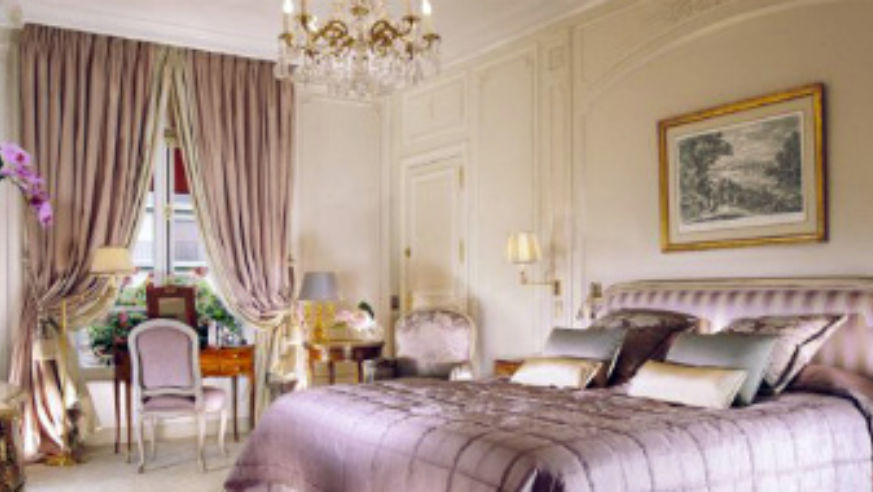 Courtesy Hotel Athénée Paris
You could rent this room for the afternoon, for a third off an overnight stay.

Hotel booking siteDayuse-Hotels.com is a one-trick pony, but it's an interesting trick. The year-old site allows guests to reserve rooms in boutique hotels for daytime sessions lasting about three to seven hours.

Starting in February, Dayuse-Hotels will add upscale properties in New York City, its first U.S. destination, to its existing roster of properties in Paris and London, plus cities in Belgium, Luxeumbourg and Switzerland, according to a scoop by London's Daily Mail.

There are a few reasons why people might want to rent a hotel room during the day for a few hours. Business meetings, maybe. Or naps.

But Dayuse-Hotels isn't shy about admitting that most of its users are probably booking for a romantic tête-à-tête. The concept of love hotel in Japan and Brazil has been around for a while, and this website is simply upgrading the idea by applying it to posh hotels.

The recent rough economic climate has apparently inspired many hoteliers to maximize use of rooms when they're often vacant, namely, during the day.

We don't know yet which New York City hotels will be participating. But the list of hotels already available in Europe via the site could grace the pages of any classy travel magazine.

Take, for instance, Hotel Athénée Paris, a luxury four-star designer hotel by Jacques Garcia. You can book one of its rooms decorated in homage to the operas La Traviata, Faust, and Don Giovanni (with bold red curtains and velvet-lined couches) for €150, or about $200, via the site. That's not cheap but it's more than a third off the rate for staying over for the night.

What do you think about this news? Sound off by posting a comment.

5 Oddest Historical Replicas in the U.S.