How to Visit the World's Endangered Destinations 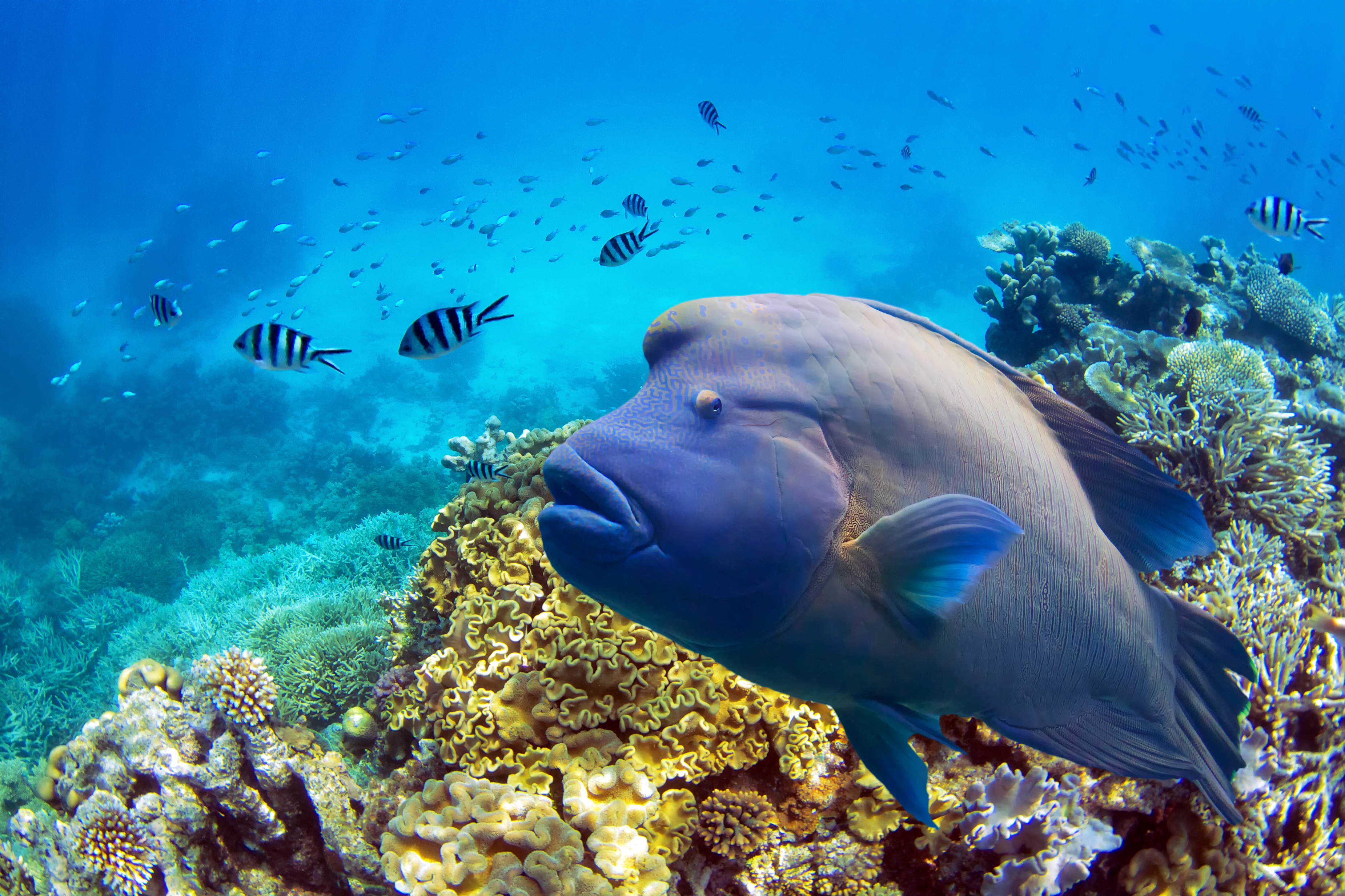 Some of the world's most beautiful travel spots are under attack by climate change and booming human populations. Here's how you can visit some of these endangered destinations responsibly before they're gone forever.

The world's biggest, most beautiful, and most diverse reef system (1,400 miles) could be gone in 100 years due to global carbon dioxide emissions and runoff from farms into the ocean. As the ocean temperatures rise, the coral, fish, and marine mammals all suffer. But if you visit this Australian must-see respectfully, you can snorkel, scuba, or even just watch the Technicolor show in a glass-bottomed boat or kayak.

SEE IT: Goway Travel offers a 12-day Australia package from around $2,000 that includes visits to the Great Barrier Reef. Smaller operators offer live-aboard boating experiences starting at around $500 for two nights.

The world's glaciers - huge, beautiful blue mountains of ice left over from the last Ice Age - are melting at an alarming rate all over the world. In Alaska, the famous Mendenhall Glacier melts so much each summer that it causes flooding near Alaska's capital, Juneau. Mendenhall Glacier, Sawyer Glacier, and Glacier Bay are best seen from a cruise ship, and if you're lucky you'll see a glacier "calf" - the dramatic moment when a huge piece of ice breaks off and falls into the sea.

SEE IT: Norwegian Cruise Line offers a 7-day Alaska glacier cruise that starts from around $650.

Good news: The city of canals is beautiful because it was built on water. Bad news: Venice is endangered because it was built on water, in some cases literally sitting on wood pilings that were constructed centuries ago. Flooding from high tides has increased due to rising ocean levels, and saltwater eats away at the city's beautiful buildings and landmarks. Billion-dollar floodgates are in progress, but floods of another kind - 20 million tourists a year - are also a threat to the city's centuries-old infrastructure.

SEE IT: Instead of adding to the city's overcrowding, book a stay in a "glamping" eco-tent at nearby Canonici di San Marco for around $150/night and take day trips to the city. Laguna Eco Adventures offers sailboat tours of the lagoon for about $50.

Simba is not doing well. The iconic African king of beasts has seen its population plummet from 450,000 to 40,000 in the past 50 years alone due to a human population explosion and encroachment on habitat. Some scientists say lions could be extinct before the next century, if not sooner. Kenya's Masai Mara Reserve is one of the best safari experiences for those who want to get up close and personal (but not quite too close) to these stunning wild animals.

SEE IT: Book a trip with Kuchanga Travel (based in Minnesota) to see lions, elephants, and cheetahs and to participate in ongoing study and conservation efforts, for around $2,000 for two weeks. 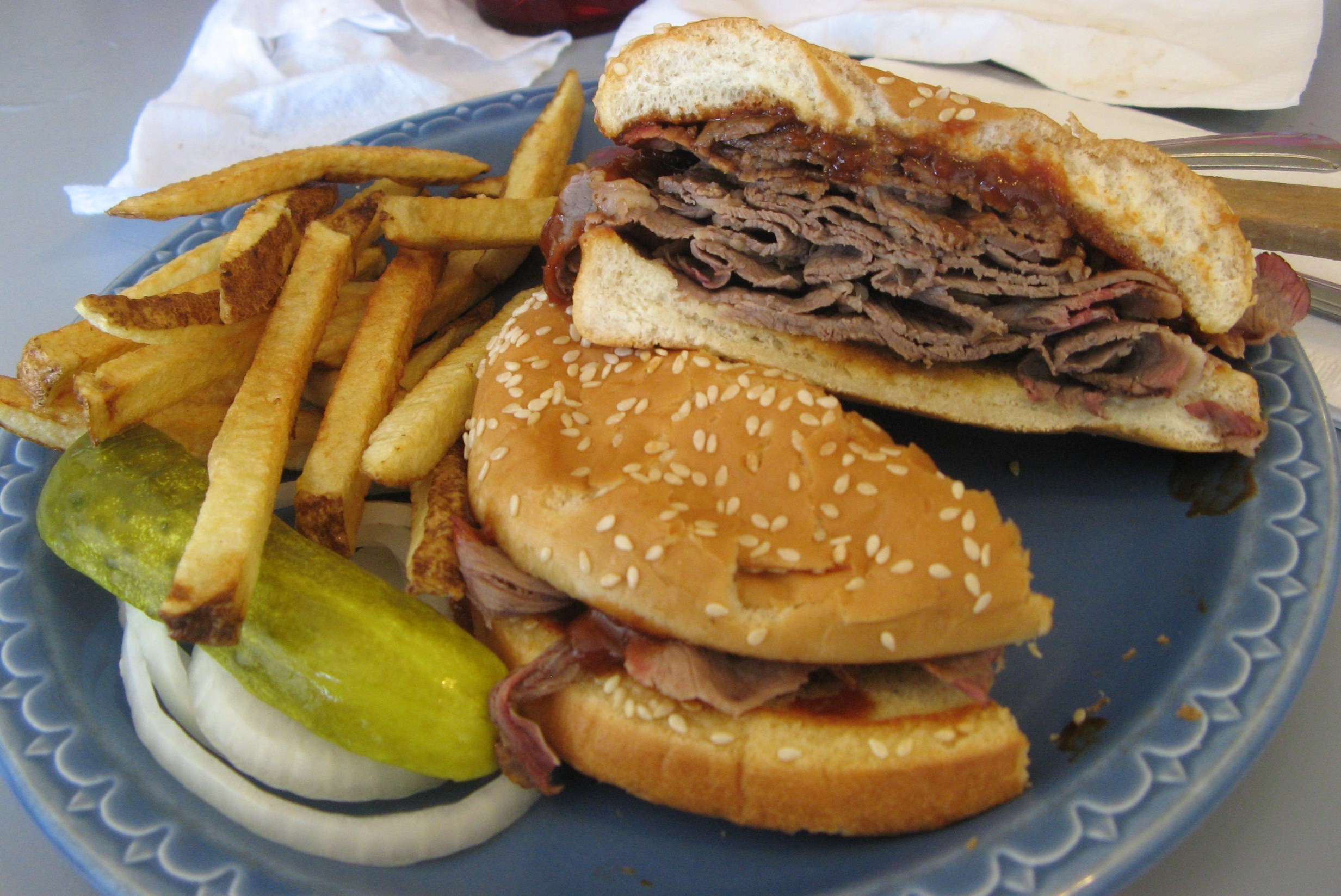 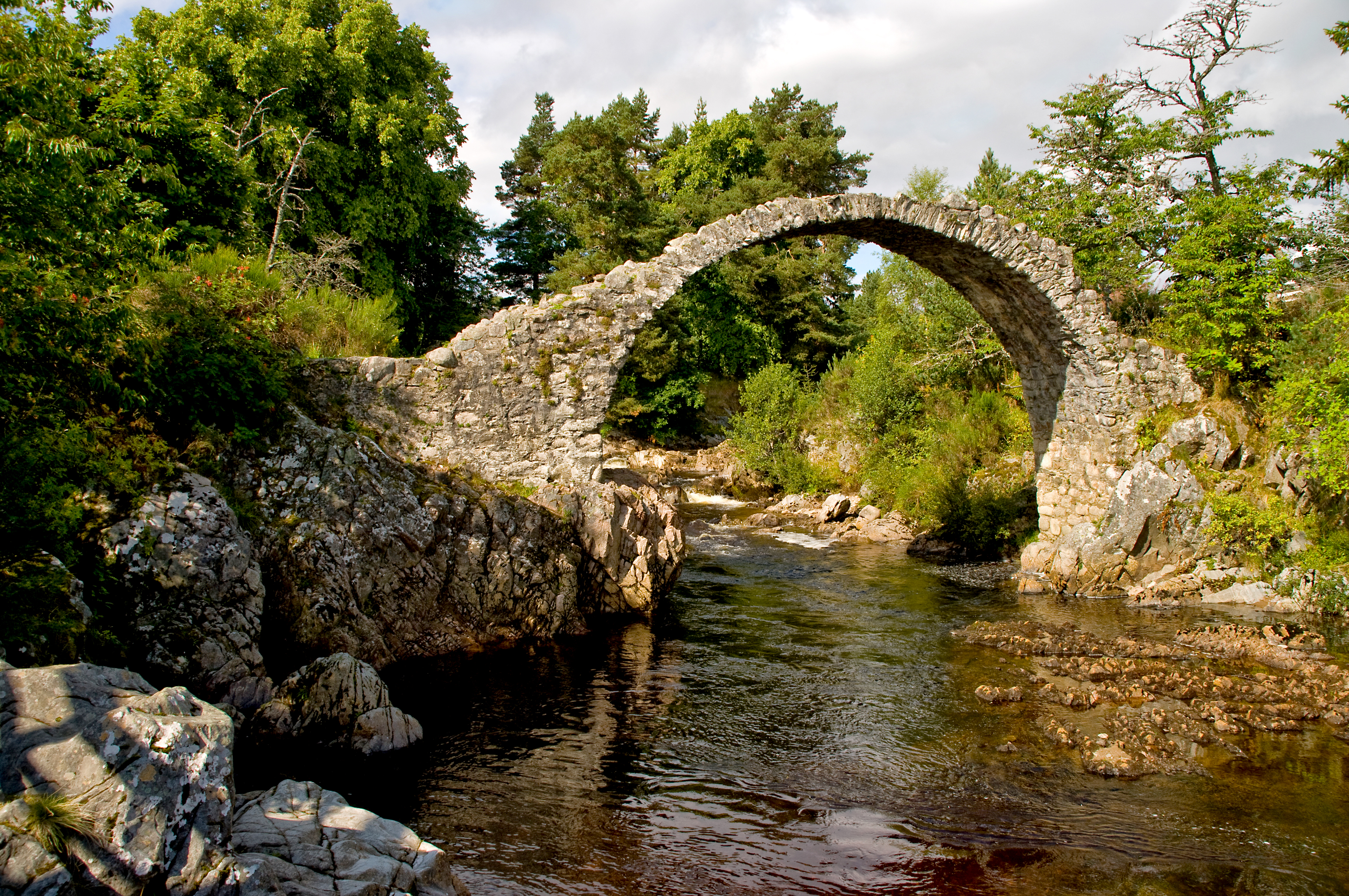 Heading to Europe This Summer? Here's How to Beat the Crowds

We've been pretty excited about the prospect of European travel this summer. But the Wall Street Journal is now reporting that the "perfect storm" is gathering for travelers to Europe. With the dollar 25 percent stronger against the euro than a year ago, new mega cruise ships carrying more passengers, great deals on airfare and hotels, and more travelers from Asia exploring Europe than ever before, the continent may be the most popular place on the planet between now and October. In fact, last weekend, the WSJ reports, the Palace of Versailles posted a request on its website that tourists "postpone your visit" if at all possible due to overcrowding. Don't postpone your dream trip! We unblushingly suggest that BT's in-depth coverage is going to come in handy this summer. For stylish steals, locals-only advice, and some quirky off-the-radar destinations you've never heard of, check out: 6 Wild &amp; Beautiful Places in Europe You MUST See Europe's Dreamiest River Cruises Beautiful &amp; Affordable European Cities You MUST See 16 Picture-Perfect Small European Towns 9 Restaurants in Italy That Feel Like You're Eating in Grandma's House 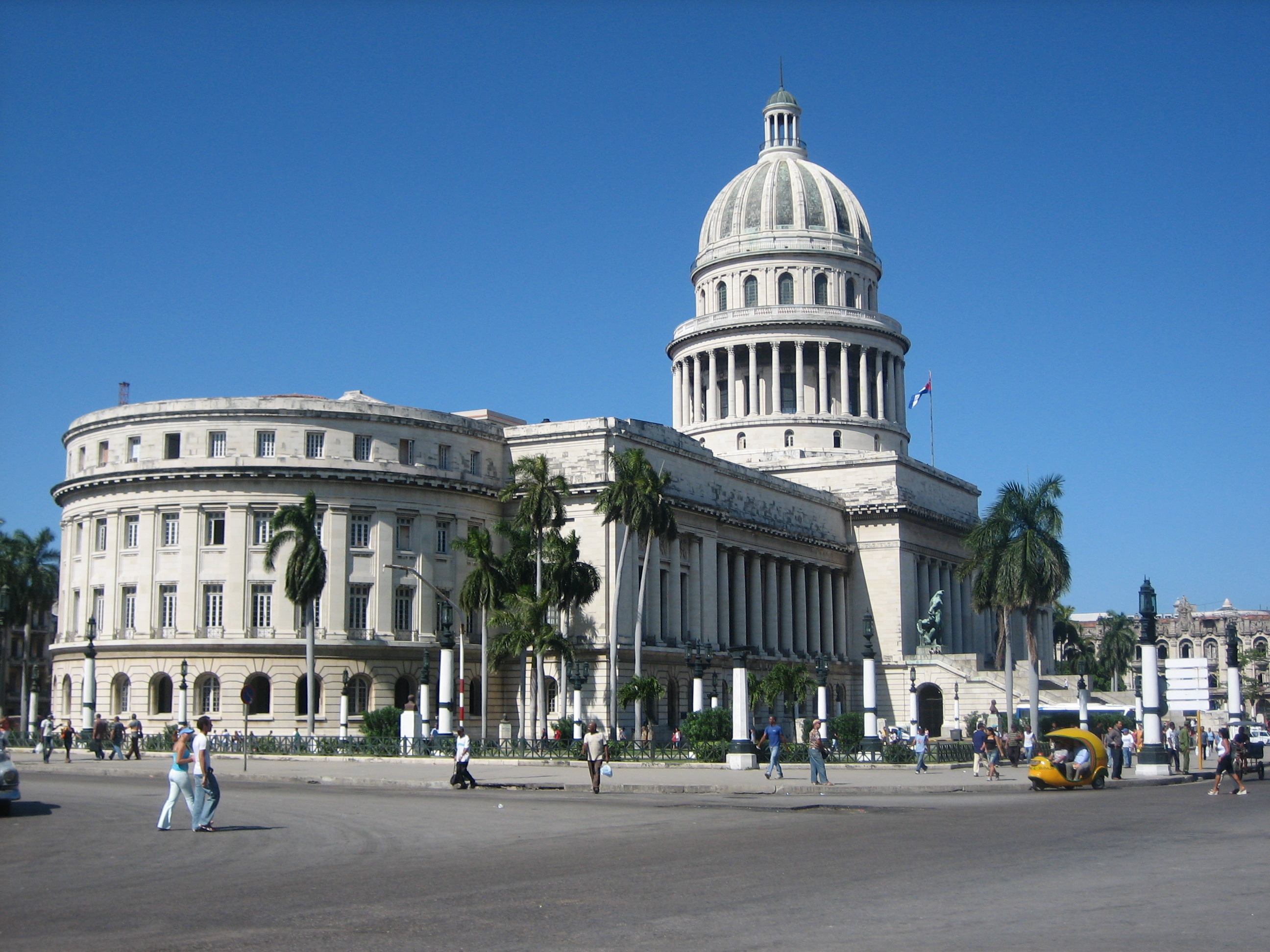 Being the first of your friends to visit Cuba is like having the best lawn in the neighborhood: Bragging rights alone are a souvenir. Going to Cuba isn't as simple as clicking "book" yet, but thanks to new regulations, U.S. travelers won't face as much red tape. Trips still need to fit into one of 12 acceptable categories, such as family visits, participation in religious or educational activities, performances, sporting events, or people-to-people tours, but you'll be spared the hassle of waiting for license approval on a case-by-case basis and allowed to bring home $100 worth of Cuban cigars in your $400 souvenir limit. People-to-people tours (the easiest way to visit Cuba) can skew pricey, but trips from Friendly Planet and SmarTours hover around $3,000, including airfare from Miami, cultural activities, and visas (friendlyplanet.com, smartours.com). 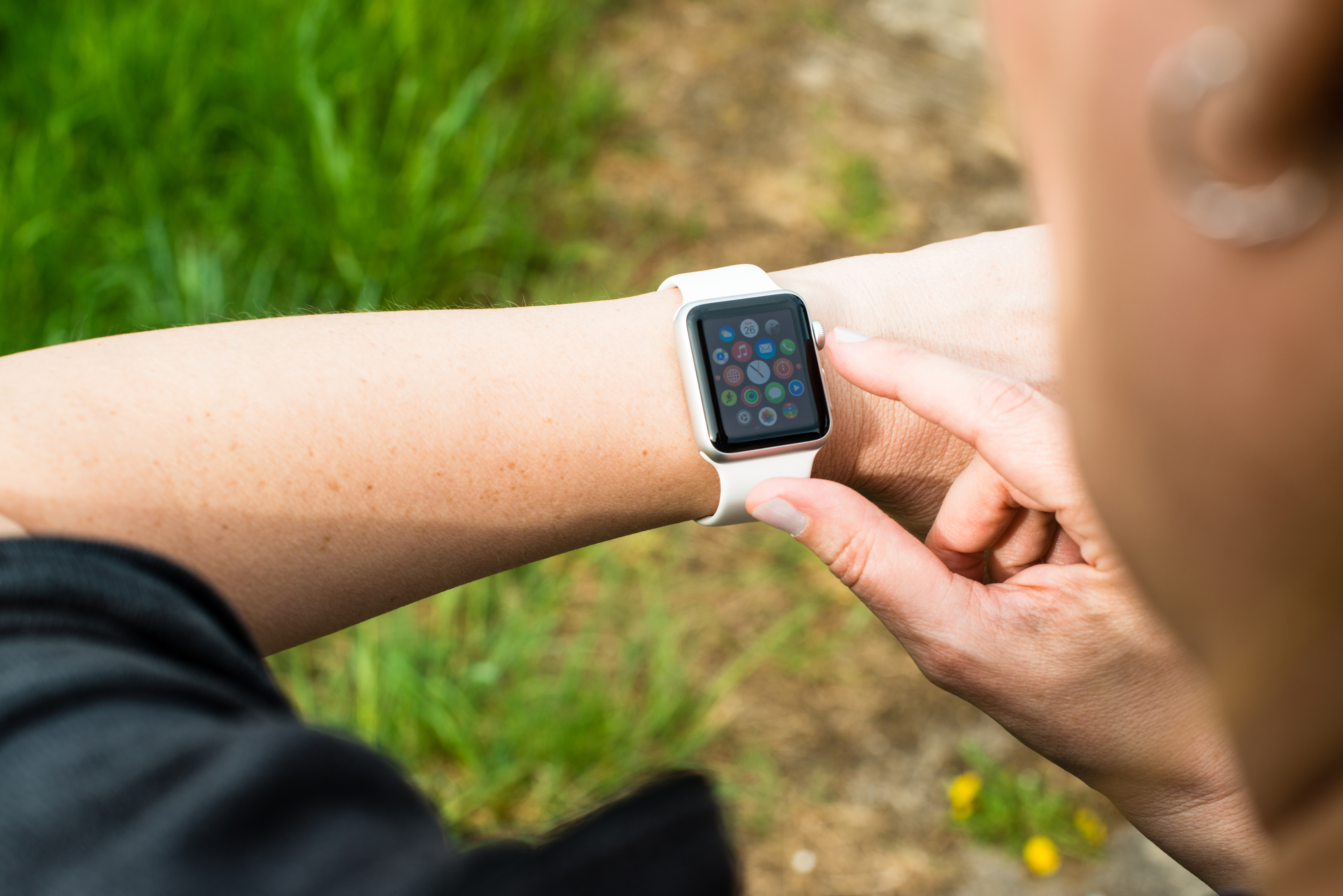 The Apple Watch is nothing if not global. The $349-plus gadget is officially available today, but only in high-end boutiques in Paris, London, Tokyo, L.A., and Berlin. (Unless you're Beyoncé.) If you haven't pre-ordered one and won't find yourself shopping abroad anytime soon, you can order the Apple Watch online. Buying one is a financial commitment, not to mention a leap of faith in the watch's usefulness—you still need an iPhone to work the thing—but travel is one of the arenas that critics say holds the greatest potential for a wearable. A New York Times tech columnist used it to pay for taxis in New York City and show his boarding pass before getting on a flight, and reported back: "When these encounters worked, they were magical, like having a secret key to unlock the world right on my arm." While you wait for your gilded precious to arrive, here are 10 of the buzziest (and strangest) travel apps available for download at the Apple Watch's App Store, beyond the ones we mentioned last month: 1. BOOKING.COM  One touch is all it takes to book a stay directly on Booking.com's Booking Now app, available in 15 languages: "Through the use of Apple’s new pressure-sensitive ‘force touch’ technology, spontaneous travelers are now able to choose and book the nearest relevant hotel in one simple gesture" (free). 2. TRAILS  Using the Trails app, outdoor enthusiasts can access topographical maps offline and record their activity stats, such as "altitude, ascent/descent, speed, pace, and duration." The watch lets you "start and stop recordings straight from your wrist" (free app, Trails Pro subscription starts at $1.99 for three months).  3. HOTELTONIGHT  If you're already a HotelTonight convert, you're going to love the watch version: Users can book a hotel room "in seconds" with the expected sleek HT interface, which shows hotels nearby in categories like "luxe," "hip," and "standard," plus Bonus Rates, for discounts on rooms after 3 p.m. (free). 4. SICKWEATHER  Hypochondriacs, this one's for you. Replete with a 20-second hand-washing timer, Sickweather's app "provides the user a relative threat index of contagious illness in their immediate area" and alerts you when you've entered a Sick Zone: "areas where illnesses have been recently reported" (free). 5. VIATOR  The Viator Tours &amp; Activities app beams from your iPhone to your watch, with your voucher's bar code, so "at the flick of your wrist and a tap of your watch, you can access your bookings and vouchers, getting you through the turnstile, the kiosk or lines in no time" (free). 6. AIRWAY APPS  In addition to the watch's launch partner American Airlines, other airlines have retooled their apps for the watch too (Delta, JetBlue, and Air France among them). British Airways recently announced you can use the app as a boarding pass. Plus, "a quick swipe of the 'glance' screen...will display a detailed summary of the customer’s next flight including the flight number, the flight status, a countdown to departure time and the weather at the destination" (free). 7. ZOLA  Can't wait to see which honeymoon wish-list items or couple-rrific "experiences" your wedding guests bought you? (Think: round-trip honeymoon airfare or an "intimate wine-tasting tour.") Zola's watch app sends notifications that "alert you when you receive a new gift off your Zola wedding registry as it happens." Surprises are so overrated (free). 8. HOTWIRE  Along with rental car–pickup notifications, hotel check-in alerts, and itinerary info from the Hotwire Hotels &amp; Car Rentals app, "gas-up alerts" pop up on the watch "one hour before car drop-off time" (free). 9. IHG TRANSLATOR  As though you were a globe-trotting Dick Tracy, the IHG Translator app will decipher languages from Castilian Spanish to Thai: "By speaking directly into the watch, or selecting from a range of pre-loaded common phrases, travelers will be able to translate from English into 13 different languages, in real-time, meaning the app will cover the nine initial launch countries for Apple Watch" (free). 10. BOAT BEACON  "See and be seen on your boat"! With this ship-plotting app, Boat Beacon app wearers can "get CPA alarms, monitor MOB position and check your navigation and compass live directly on your Apple Watch from anywhere on your boat. Navigation, Compass, AIS, Race Timer, and Night Mode/Light watch screens provided." Catch you on the water ($9.99).