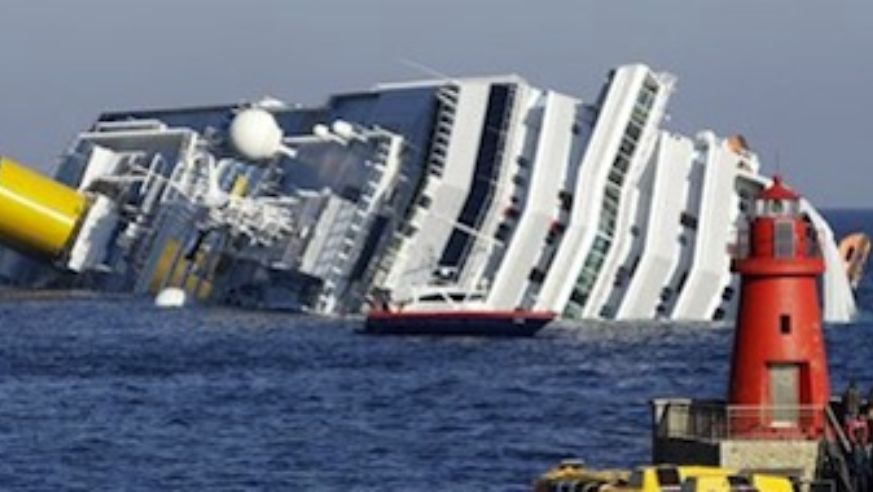 It's like watching a train wreck. Wherever disaster and devastation strikes, tourists often can't help but to want to see the aftermath for themselves. Whether it is the Hurricane Katrina tours that cropped up in New Orleans, Ground Zero in New York, or tsunami destruction in Asia, the devastation becomes part of experiencing the destination, however morbid that may seem.

The latest such disaster was the deadly Costa Concordia accident off the coast of the Italian island of Giglio, where the ship still remains, partially submerged.

Multiple news outlets have reported that Tuscany tourism officials are encouraging travelers to visit the island as a "gesture of love" to help counter what they fear will be a drop-off in tourism following the incident.

The capsized cruise ship raises the question of whether people will actually want to go to Giglio specifically to see the vessel with their own eyes, an image that has become so vivid to many, and to bare witness to what is in fact a rather rare maritime event.

That people would want to see an event such as this, "I do think it's almost inevitable," said Sharr Prohaska, professor at New York University's Tisch Center for Hospitality and Tourism. "There are so many different types of travelers and there are those that are just curious."

But Prohaska and others in the travel industry believe that while it's inevitable, disaster tourism, or dark tourism as it is also referred to, can be executed tastefully and educationally.

Prohaska added that disaster tourism also raises awareness and often lends directly to voluntourism, whereby people who visit these sites then often want to be part of the solution, help with cleanup and recovery efforts, in part because they have witnessed it firsthand.

"After Katrina, the tours that happened in the city were controversial because some people thought it was insensitive to have bus tours going through neighborhoods that were devastated," said Kelly Schulz of the New Orleans Convention and Visitors Bureau.

But, "from a tourism standpoint, for us, after Katrina, the tours were a positive thing," she added, noting that the Katrina tours helped bring tourism and tourism dollars back to a city that was very much in need of aid.

"And it also makes people want to help. One of the most positive things after Katrina was the whole voluntourism trend," said Schulz.