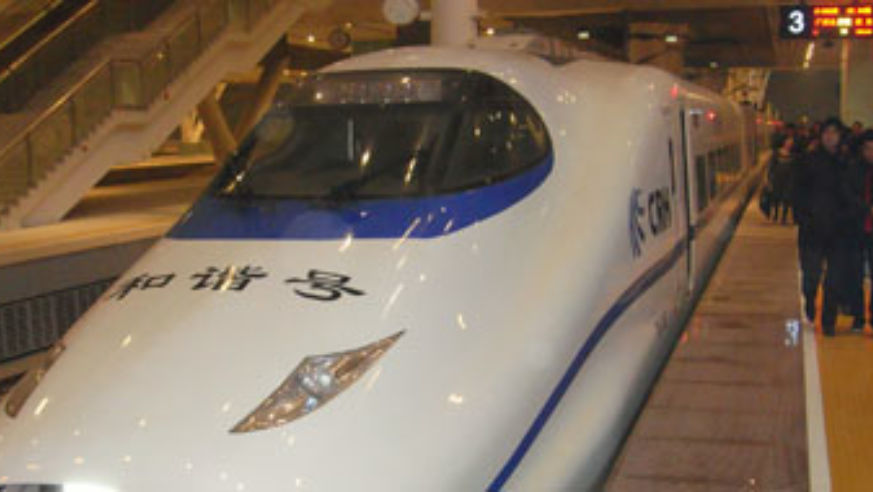 The debate rages on—should the government invest in high-speed rail?

As plans move forward in China to cover the country with nearly 16,000 miles of new tracks in the next few years, just the opposite is happening stateside. Last month, Florida Governor Rick Scott rejected $2.4 billion in federal funds for a high-speed line that would have connected Tampa and Orlando. He follows in the footsteps of Ohio’s John Kasich and Wisconsin’s Scott Walker, who similarly turned down money.

Politics aside, one fact remains clear: Americans are far behind other countries when it comes to train technology, new track construction, and green rail initiatives.

Actors Rich Sommer and Vincent Kartheiser from the hit AMC series Mad Men have teamed up with public-interest advocacy group U.S. PIRG to release a humorous look at the benefits of train travel. The two characters discuss ways to sell the idea of high-speed rail to a car-loving country. Among the many ideas: “No parking, no mechanics, no traffic jams!”

The implications are clear. Little, if anything, has changed in American train travel since this scene takes place—in 1965.

Watch the video below and let us know if you find their ideas convincing. Weigh in on the high-speed rail debate.

Will trains replace planes in the next century?