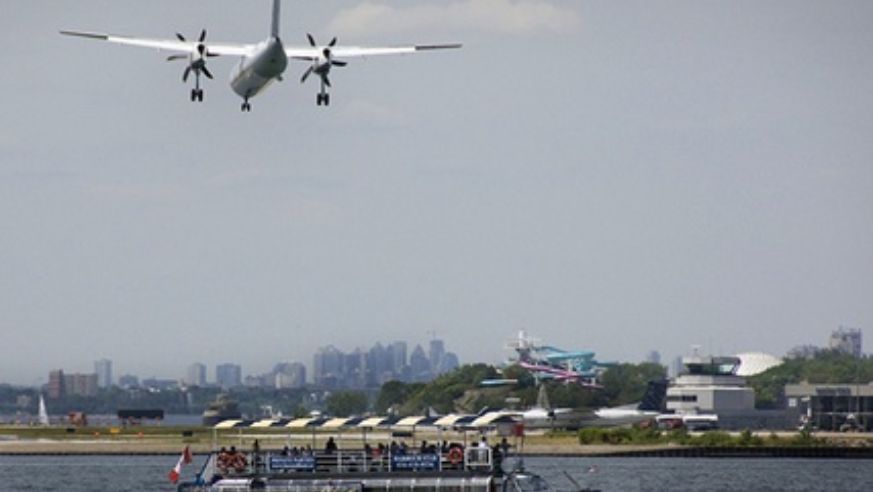 The U.S. government isn't the only one in the world spending money to help the travel industry. The Canadian government has announced that it will cover more of the costs to run Toronto City Centre Airport—for this year, at least.

Why does this matter? Well as reporter Brad Tuttle points out, if you're flying into that airport later this year, you won't have to pay the current high airport fee that is automatically added to your plane ticket.

Why does that matter? Well, Porter Airlines currently has to tack on capital improvement fees, which add $12.25 to a ticket, because it flies into Toronto City Centre. Other airlines, which fly into an alternate airport, don't have to charge passengers those fees, giving them an unfair competitive advantage.

Once the fees have been equalized across airports, Toronto City Centre Airport will look especially attractive, given that it is the closest airport to downtown.

To recap from Brad's recent BT story, "Flying Under the Radar," Porter flies 70-seat turboprops to six Canadian cities, Chicago-Midway, and Newark. This year, it may add service between Toronto and Boston, Philadelphia, and Washington, D.C.

Four Upstart AirlinesYou may not have heard of them (yet), but these four upstart airlines are starting to descend on American cities, just as the big boys are pulling out.