You've got 55 days to go before autumn officially sets in, and a lot less than that before school starts. So we're wondering how many of you will you make the last days of summer count.

Nothing quite kills vacation fun like a baggage fee, which we've all gotten used to in the past few years. (We know you hate it&mdash;47 percent of you said that extra charges for baggage were the "most outrageous fee" of all in our Readers' Choice poll). But at least we've seen the worst of it, right? Maybe not. In a story published this week in Crain's Chicago Business, United president John Tague said that he thinks annual revenue from baggage fees can nearly triple&mdash;up to $1 billion a year. United currently reaps in $350 to $400 million in annual revenue from baggage fees. According to the article, about 40 percent of the bags flying on United get a fee, mostly because international flights are exempt from baggage fees (unlike bags flying domestically, which cost $25 right now). Although Tague isn't quoted directly about whether United will add a fee for baggage on international flights, he did say fees will, over time, become "more or less ubiquitous." Well, that's not so encouraging, is it? United was the first airline to begin charging a baggage fee domestically, and the entire industry followed. Plus, the fact that United and Continental are merging to become the world's biggest airline, means that if the company started accessing a new baggage fee (or raised current fees), it will affect a lot more people on a lot more flights. And late last week, Congress got into the act, indicating that they might pass legislation that would tax airlines for the money they make on ancillary fees. It's a vicious circle: the government imposes taxes, the airlines lose money, so they raise fees. Escalating fees&mdash;yet another challenge for today's modern traveler. But let's hope that baggage fees stay where they are&mdash;at least for now. Need cheering up? Check out our 25 travel-inspiring photos slide show. 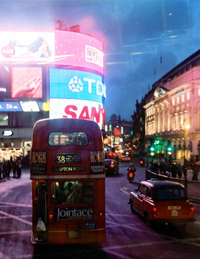 London's most famous museums and art galleries are free. So you'll pay no entry fee to see Rembrandt and Da Vinci in the National Gallery, the Elgin marbles and Rosetta Stone at the British Museum, and to experience new Brit art at the Tate. But the city's other key attractions are pricey. The London Pass offers discounted access to 56 of them. Yet is the pass worth its $280 price? The pass is a plastic card with a microchip. You pay a one-off fee for the card, which functions like an electronic voucher, entitling once-only entry at a list of major sights, such as the Tower of London, the London River Cruise, Windsor Castle, Hampton Court, and the London Bridge Experience. Passes range from one day to six days. A one-day pass costs $61 for adults (or $73 with travel on the subway, buses, and some trains and boats) and $41 for kids (or $44 with travel). A six day pass costs $136 for adults ($207 with transport) or $97 for kids ($130 with transport). Should you buy the pass? It depends. If you are an adult under-60 (senior citizens receive discounted access in the U.K. regardless), and you plan on visiting a bunch of the more expensive sights then yes. You'll save money on entrance fees too. But only if you move quickly. We worked out that you would need to visit at least three attractions per day to make the pass pay. This is doable. But it'll be a run-a-round. And it will be very difficult to visit three attractions per day if you include a sight lying outside the city (like Windsor Castle) on your itinerary. The pass also lets you jump lines and gives you discounts on food in locations like the restaurant at the Tower of London. You'll appreciate this in high season when visitor numbers are heavy. Unfortunately, plenty of sights are not on the London Pass, including some of the city's biggest draws, such as the London Eye and Madame Tussauds waxworks. So you'll have to pay extra if you want to visit these. And what about the travel deal? The "Pass with Travel" is only worth it if you plan to stay in outer London because it covers all six of London's "transport zones." But as most travelers seldom venture beyond the center, they are unlikely to need to travel beyond "zone two." You'll get better value from an Oyster swipe card or a one-day travel card, both for sale at subway (Tube) stations. Learn more at the Transport for London site. MORE How can you save money on London's subways and buses? 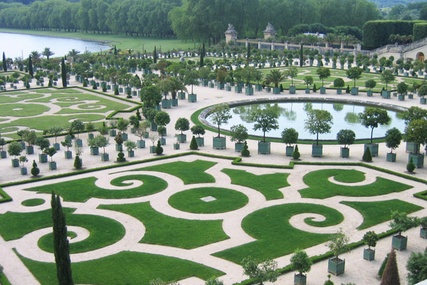 What to do in Paris this month&hellip; Les Soldes (June 30&ndash;August 3) The season for frenzied shopping began in Paris on a very hot June 30 and will continue through early August. The city's bi-annual sales are the only time when French retailers are allowed to sell their products at a loss to liquidate their stock and make room for new collections. Reductions this summer are expected to be high&mdash;around 50 percent off&mdash;from the very beginning and to climb even higher toward the end of the five week period. (Tips on navigating the sales.) F&ecirc;te Foraine du Jardin des Tuileries (June 26&ndash;August 22) The city's annual summer fair has just opened in the Tuileries gardens next to the Louvre (1st arrondissement). Rickety rides, barbe &agrave; papa (cotton candy) and carnival games make this F&ecirc;te a lot of fun for traveling families, and the giant Ferris wheel provides an incredible panoramic view of Paris. On July 13&ndash;14 the fair will host a series of free jazz manouche performances to honor the 100th anniversary of the birth of musician Django Reinhardt. From 11 a.m. to 11:45 p.m. on weekdays and until 12:45 a.m. on Friday and Saturday nights. feteforaine-jardindestuileries.com. Tous &agrave; v&eacute;lo (July 1&ndash;4) The centerpiece of this four day celebration of cycling is a Critical Mass bike ride on Saturday, July 3. Want to ride through the streets of Paris in a pack of thousands? Rent a Velib' bicycle (check out Budget Travel's video on how to do rent a bike), then meet up anytime after 2 p.m. for a 4 p.m. departure from the H&ocirc;tel de Ville (4th arrondissement). The ride will culminate in a party with music and food (the location to be shared only with those who ride). velorutionuniverselle.org. Paris Cupcake Camp (July 4) Following similarly sprinkled events in Montreal, Bombay and other cities, Paris will soon be hosting its very own Cupcake Camp. Local sugarmamas like Berko, Synie's Cupcakes, Chlo&eacute; S., Cupcakes &amp; Co., and Little Miss Cupcake will be sharing sweets and baking tips, and participants will taste and vote for the winning cupcakes in several categories. A portion of each &euro;10 ($13) entry, which includes tastings and a beverage, will benefit the charity Rebuilding Haiti Now. From 4:30-6:30 p.m. at Bistrot Vivienne, 4 rue des Petits Champs, 2nd arrondissement. rebuildinghaitinow.org. Street Food Soiree #2: Fish &amp; Fries (July 5) The free foodie magazine M.I.A.M. will be hosting a street food party to celebrate Fish &amp; Chips&mdash;the British dish that turns 150 years old this year. Beginning at 7 p.m., revelers will be downing Zubrowka cocktails (a bison grass vodka rarely seen in the U.S.) and tucking into cones of fish and chips prepared by celebrated Japanese chef Toyomitsu Nakayama (restaurant Toyo). DJs will be spinning on the banks of the Seine from 8 p.m. to 2 a.m. Tickets at &euro;15 ($19) for can be purchased online or at the door. Le Batofar, Port de la Gare, 75013, batofar.org. MORE Our Paris blog coverage

I can't even remember the last time I was given peanuts as a snack on a domestic flight. So I was surprised to hear that the U.S. Department of Transportation is considering banning the salty morsels altogether. The possible peanut ban is part of a larger proposal that includes other consumer protections such as increased compensation when you get involuntarily bumped from a flight. Plus a provision that would allow passengers to cancel reservations within 24 hours without a fee. Both solid additions. The peanut proposition is an attempt to show sensitivity to people with allergies. The Asthma and Allergy Foundation of America (AAFA) reports that about 2 percent of the U.S. population suffers from the allergy. But, according to AAFA, peanuts are the most common cause of death due to foods, a statistic that gets scarier when you think about tight airplane quarters. On the other hand, an outright ban would affect the peanut industry. A recent Atlanta Journal-Constitution story reported that the Georgia Peanut Commission is fighting the proposed ban. Georgia grows about half of the peanuts in the U.S., so the industry could lose $20 million annually. Or, you could be like my fiance&mdash;one of the 3.3 million people with peanut allergies in the U.S.&mdash;and say "what's the big deal?" So, what do you think? The DOT is taking opinions on all these proposed rules until Aug. 9 (although any decision wouldn't be implemented until 2011). But we want to hear your thoughts in the comments below.