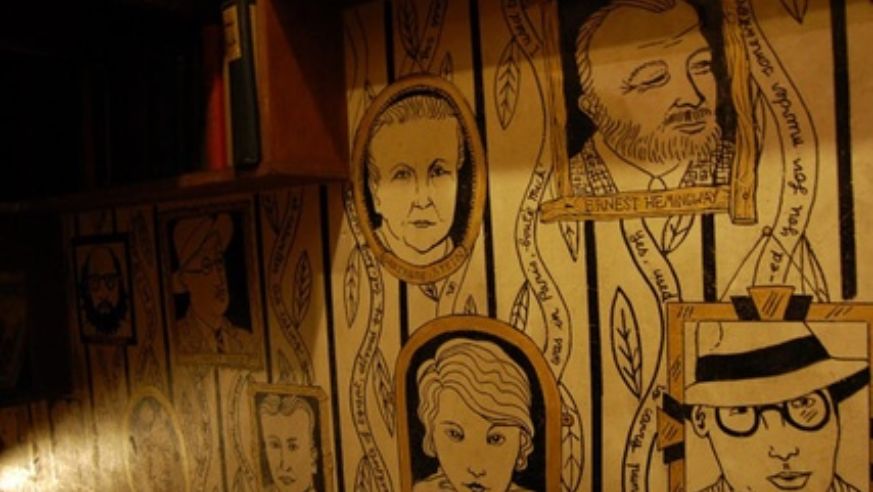 Shakespeare & Company, the legendary left-bank English-language bookshop, has long been a magnet for literary talent. Ernest Hemingway, Gertrude Stein, F. Scott Fitzgerald, and George Orwell all frequented the store. So did the sultry Anaïs Nin, along with her lover Henry Miller who described the place as "a wonderland of books." The shop even published James Joyce's Ulysses when no publisher would touch it.

New portraits of these and seven other Lost and Beat Generation writers were recently unveiled at Shakespeare & Company, thanks to the pen of a young English artist and blogger who calls herself Badaude. Her series winds up the very narrow staircase leading to a library where customers can sit and read for free. This is the same space where, after hours, young writers can sleep in exchange for work.

To read more about the inspiration behind these portraits, check out Bomb magazine's recent interview with artist Badaude/Joanna Walsh. And for more information about Shakespeare & Company, including free English-language events like the one we described here, check their site.