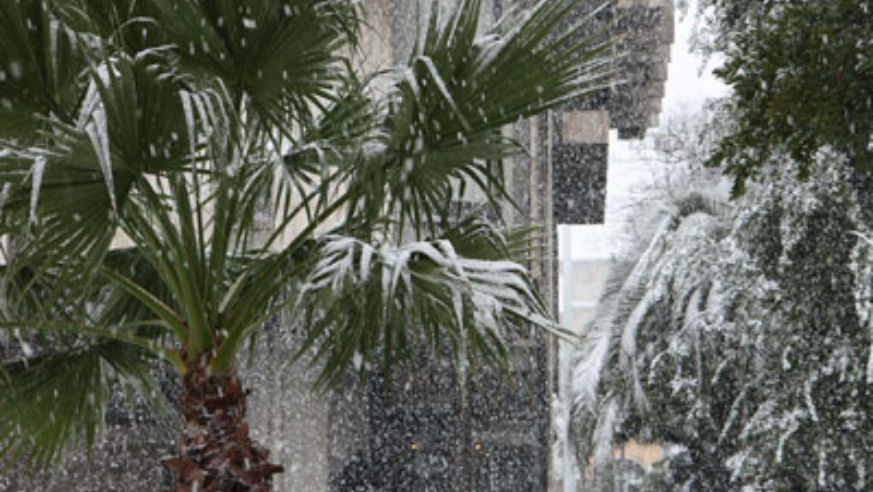 Snow has been falling steadily over the Forum, Trevi Fountain, and the rest of Rome today for the first time since 2005—and at its heaviest in 24 years. The snow (la neve) has naturally thrilled Romans and tourists alike; Reuters reports that the Pope himself was spotted peering out of a Vatican window.

Like D.C., Rome isn't used to dealing with more than a few flurries, so roads are backed up with traffic. Buses and the metro are running with limited delays, according to BusinessWeek, and the Colosseum is temporarily shut. Ciampino airport was closed this morning, but has since reopened.

You can see photos submitted by locals to the Rome-based newspaper, La Repubblica, here.

Rome's coolest vantage point for these kinds of storms? Inside the Pantheon, where you can watch snowflakes falling through the oculus, a round opening in its dome.