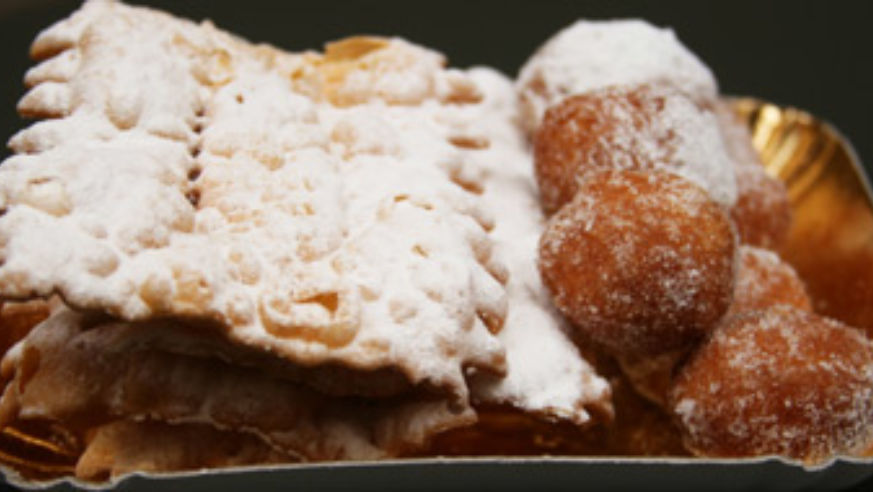 There are two main ways to tell it's Carnival season in Rome: children dress up in costumes, tossing colorful paper confetti in the streets; and everyone, regardless of age, indulges in frappe and castagnole, deep fried sweets.

Rectangular strips of dough, frappe get deep fried until golden brown and then dusted with confectioner's sugar. These days, you can also find the lighter frappe al forno (baked not fried) as a concession to the diet conscious.

Castagnole are chestnut-sized balls of dough—similar to donut holes—that are deep fried and rolled in sugar. Some are soaked in liquor or filled with cream or ricotta cheese, making this dense dessert even richer.

Bakeries, delis, and markets throughout Rome will be selling the baked and fried versions of frappe and castagnole until mid- to late-February. You can't really go wrong, but these shops are among the best: Roscioli (via dei Chiavari 34), Forno Campo de' Fiori (Piazza Campo de' Fiori 22), and Biscottificio Innocenti (via delle Luce 21). Go all out and request "un etto," or 100 grams.

Carnival festivities and other great February values in Rome.