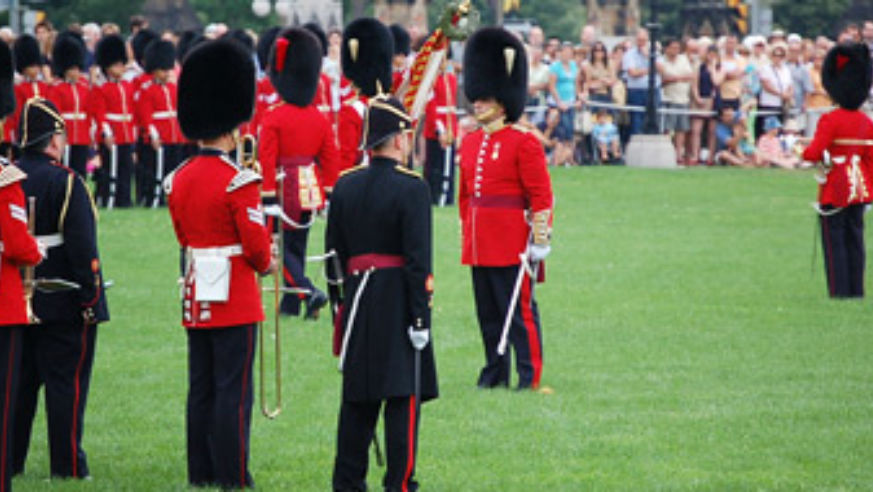 London's quiet in February. So it's a good time to see things which get busy the rest of the year. There are some new openings, too.

With most event on or around Valentine's night costing upwards of $80, this Cuban street ballet and live music spectacular from Havana choreographer Nilda Guerra and son band Turquino offers great value at around $25 for a ticket for front-and-center seats. On selected nights, the price includes a free post-show dance class. At the Peacock Theater, Sadler's Wells. sadlerswells.com

The Changing of the Guard

Every morning at 10:28 a.m. (9:28 on a Sunday), mounted ceremonial guardsmen leave Hyde Park Barracks for the Queen's residence at Buckingham Palace where they change sentry posts in one of London's most famous daily displays of pomp and pageantry. The soldiers take 40 minutes to perform the changing of the guard ceremony, marching up and down in their scarlet coats with sparkling buttons and their towering furry hats, accompanied by a booming military band. Most months of the year the rails around the palace are choc-a-bloc with flashing tourist cameras. But it's almost tourist-free in February and its free. Be at Buckingha.m. Palace (subway- Green Park) at 11:30 to see the show and at Hyde Park Barracks at 10:20 to follow the soldiers to the palace. royal.gov.uk

The first major Van Gogh exhibition in London for over 40 years is on at the Royal Academy of Arts in the city center until April. The exhibition marries painting and drawing (with over a hundred of Vah Gogh's art works) with 35 of the Van Gogh's letters, rarely exhibited to the public due to their fragility, and offering a unique insight into the artist's tortured psychology. Tickets are $12.50 with a student card and the price includes a $4 exhibition guidebook. royalacademy.org.uk

This free Central London exhibition showcases the work of five from a new generation of exciting British fashion photographers who include Alice Hawkins who has shot some of the most iconic images of recent years for i-D magazine, and snapper of the moment, Josh Olins, who shot the recent 'Seven Wonders of Fashion' series for British Vogue.springprojects.co.uk

Emily Prince and India at the Saatchi Gallery

London's foremost contemporary art collector and champion of the YBAs, or Young British Artists (who include Damien Hirst), opened the city's most prestigious private contemporary art gallery in late 2008. It's housed in a surprisingly understated neo-classical edifice whose capacious and minimalist interior shows some of the city's most experimental and challenging exhibitions. There are two free exciting exhibitions on display this month, both of which have garnered favourable reviews: Emily Prince: American Servicemen and Women Who Have Died in Iraq and Afghanistan (But Not Including the Wounded, nor the Iraqis nor the Afghans) 2004 to Present and The Empire Strikes Back: Indian Art Today. saatchi-gallery.co.uk