Minibar madness: A snack would be nice, but a 300 percent markup?

Just how much extra do you pay for the convenience of drinks and snacks in a hotel minibar?

A neat new infographic from Mint.com shows you how much, using the minibar prices in rooms at The Standard NYC compared to what someone would pay for the same items in a grocery store near the hotel. In many cases, hotel guests pay three times more for the minibar goods. See the screen grab (shown in this post). The supermarket prices are in white and the hotel minibar prices are in red.

Goes without saying: You'll save quite a bit by keeping your hands off the minibar and taking a stroll to the grocery store. It's a good idea to get out of the hotel from time to time too. 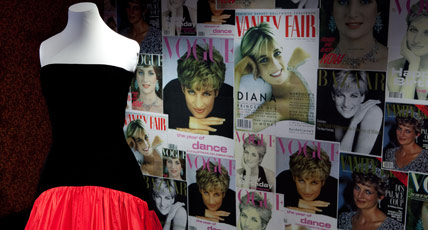 England: A new exhibit in Bath

I'm always excited to read about Bath in the news&mdash;I visited last fall with my husband and loved the small historic town, about 115 miles west of London. Bath is famous for its Roman baths, a remnant of the 400-year Roman occupation that began in 43 A.D. The town is admittedly touristy but well worth a stop&mdash;although you can take a day trip from London easily, we stayed overnight and didn't regret it. Besides the must-see baths, there was plenty to do, like the Fashion Museum and the stunning architectural wonder, the Royal Crescent. The Fashion Museum has been getting some attention lately for its new exhibit, the Diana Dresses. The collection has a few old-fashioned pieces from the princess's visits to Canada and New Zealand, plus some more modern dresses, like a black shift dress by Versace that Diana wore to a movie premiere in 1995. (exhibit through Jan. 9, 2011). The museum also picks a Dress of the Year, and there are now more than 50 pieces on view. When we visited, I tried guessing the year of each dress&mdash;the styles run the gamut from glittery '70s Disco to modern minis. It's basically a quick glimpse into our ever-changing fashion sensibilities (there are also these crazy corsets you can try on. I don't know how women of the past did it!). I highly suggest getting the two-for-one ticket to the Fashion Museum and Roman baths; at £15 (about $23), it'll save you £3.50 over buying the tickets separately. Also take them up on the free, informative-but-not-boring audio tour (what is it about English accents that make history more interesting?), with fun tidbits narrated by Bill Bryson. If you're visiting in August, the baths are staying open until 10 p.m. to accommodate crowds. Tip: Bath's high season lasts through August but drops off a bit in September and October, when I happened to be there. If you have a choice, visit in the fall to avoid lots of other tourists.

Summer in Paris: The beach is back

Sun-worshippers are celebrating the return of Paris Plages, a summer festival that finds the banks of the Seine piled with 2,500 tons of sand. From now until August 20, the voie Georges Pompidou, running from the Louvre to the Pont de Sully, is one giant urban beach. The ninth edition of this annual festival features a second, satellite sandbox along the Bassin de la Villette. Both sites are strewn with deckchairs, ice cream stands and gravel courts for playing pétanque. The Seine location also boasts a swimming pool, some trampolines, and an outpost of my favorite gelato shop. The northern beach along the Bassin offers boating (paddle and row), along with ballroom dancing lessons. The best thing about this festival may be the price: it's totally free. MORE ABOUT PARIS PLAGES &bull; The city's English-language guide to Paris Plages &bull; One reviewer's list of top Paris Plages activities, including ukulele lessons every Thursday &bull; A list of free summer concerts in association with Paris Plages &bull; See hundreds of photos from Paris Plages on Flickr 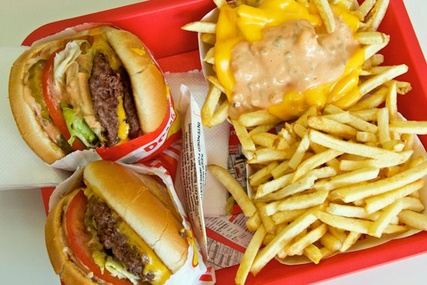 In-N-Out, a major West Coast fast-food institution with a cultlike following, is well worth a stop during a visit to San Francisco. The burger chain has gotten a lot of good press lately: chef Thomas Keller has called In-N-Out one of his favorite restaurants and just celebrated his upscale restaurant's anniversary with a tasty burger and fries. And Eric Schlosser, celebrated author of Fast Food Nation says it's the only fast food he eats. That's probably because In-N-Out is a very "PC" fast-food joint: burgers are made with 100 percent pure beef, free of additives and preservatives; potatoes are freshly peeled each day; there's real ice cream in the shakes; the company is family owned; and employees have high pay with full benefits. For new visitors to In-N-Out, the menu is seemingly simple: double or single cheeseburgers and hamburgers, fries, and shakes. But if you want to sound like a local, order off the "secret menu," which offers add-ons like grilled onions and extra patties. A few of my favorite items: Animal style: A mustard-cooked patty (In-N-Out's secret!) with grilled onion, a pickle, and extra "special sauce" (i.e. ketchup and mayo). Perhaps the most popular option of all. Animal-style fries: Cheese fries with grilled onions and special sauce. Protein style: A burger wrapped in lettuce instead of a bun. Ideal for those watching their carb intake. Grilled Cheese (a.k.a Wish Burger): For vegetarians, a cheese hamburger, minus the burger&mdash;but it comes with all the other toppings. The Flying Dutchman: Two patties and two slices of cheese with no bun. This one comes condiment free, unless you make a request. 3-by-3 or 4-by-4: When a double-double burger just isn't enough, add more patties and cheese. 2-by-4: Extra cheese, i.e., a double cheeseburger with four slices of American. Around-the-World shake: A combination of vanilla, strawberry, and chocolate ice cream swirled together. Neapolitan shake: The three flavors, but side by side and unmixed. In-N-Out will accommodate other special requests as well: Ask for chopped jalapenos, no salt, just mustard or just ketchup, or even specify how well-toasted you want your bun. Fries can also be ordered "well-done" for extra crisp or "lite," for slightly undercooked. There are 199 locations in California, but just one in San Francisco; luckily, the Fisherman's Wharf spot is convenient to get to. 333 Jefferson Street 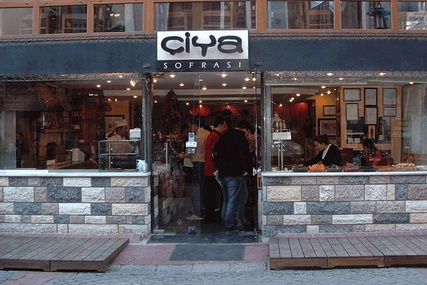 Turkey: An expert decodes where, what, and how to eat

For five years now, Virginia Maxwell has spent time eating her way across Turkey on assignment for Lonely Planet's Istanbul and Turkey guidebooks. So I enlisted her to write our Turkey Menu Decoder, a handy, one-page resource with translations of food terms and popular dishes&mdash;the latest in our growing Menu Decoder series. Below she dishes on the food scene and Turkish etiquette. Where do you love to eat in Istanbul?My two favorite restaurants in Istanbul are &#199;iya in the Kadikoy neighborhood on the Asian side of the Bosphorus, and Cercis Murat Kona&#287;&#305; in Bostanc&#305;. Both serve cuisine from Southeastern Turkey. Are there any new dining trends?Southeastern Turkish cuisine is generally considered to be the most interesting of the regional styles, and new restaurants such as Antiochia in Istanbul's Asmal&#305;mecit neighborhood are presenting superbly executed, innovative dishes to Istanbullu foodies. How might someone coordinate a special experience like a meal in a local's home?Excellent travel outfit Intrepid Travel organizes small dinners in traditional family homes in Istanbul as part of its Urban Adventures program. Which Istanbul restaurants don't live up to the hype?The international press rhapsodizes about 360 in Beyo&#287;lu, but in my experience the food has been a real letdown. I love having a drink at the bar there, though. And unfortunately, the food in the major tourist precinct, Sultanahmet, is universally disappointing&mdash;visitors staying in Sultanahmet hotels should cross the Galata Bridge every night to eat rather than accept the overpriced and poorly prepared food served at most Sultanahmet restaurants. What kind of street food is typical and where to try it?There are different street foods in every region. In Istanbul, the most famous is the bal&#305;k ekmek (fish sandwich), a chunk of bread roll stuffed with grilled fish and topped with some salad and a squeeze of lemon juice. The best place to eat these is on the ferry dock at Emin&ouml;n&uuml;. Other popular street dishes include g&ouml;zleme, a thin crepe stuffed with spinach, cheese, mushrooms or potato that is eaten in Central Anatolia; and kokore&ccedil;, grilled lamb's intestines cooked with herbs and spices. The most famous street snack of all is, of course, d&#246;ner kebap, lamb slow-cooked on an upright skewer, shaved off and stuffed in bread. Which other Turkish destinations would you recommend to foodies and for which specialties?Fish is best eaten along the Black Sea coast, where it is cooked and prepared simply and has loads of flavor. The destinations that all serious foodies should go to are Gaziantep, Urfa, Hatay, and Mardin in Southeastern Anatolia. Gaziantep is particularly famous for its pistachio baklava (layered filo pastry soaked in honey or sugar syrup and stuffed with nuts), Urfa for its Urfa kebap (skewered chunks of lamb grilled and served with tomatoes, sliced onions and hot peppers), Hatay for its k&#252;nefe (shredded-wheat cake laid over mild fresh cheese, soaked in sugar syrup and baked till it's crispy and gooey at the same time) and Mardin for its i&ccedil;li k&ouml;fte (meatballs rolled in bulgar and fried). What food rules and etiquette should tourists know about?Don't blow your nose at the table (or in public generally) and don't be surprised if waiters bring people's meals to the table at different times rather than all together&mdash;this sometimes happens and is considered quite acceptable. Waiters may also change your plates and cutlery a few times during each course if you are sharing dishes. And when the bill arrives, do you add on a tip?This is up to the individual. In restaurants, most locals will tip around 10 percent if they have been happy with the service. It's not necessary to tip in simple places serving kebaps, pides (flatbread similar to pizza), or lokanta dishes (ready-cooked food). MORE ON TURKEY 2010: Istanbul Kicks Off a Culture-Packed Year Sleep Tomorrow: A Night Out in Beyo&#287;lu, Istanbul The BT Challenge: Testing the Limits of Online Networking in Istanbul