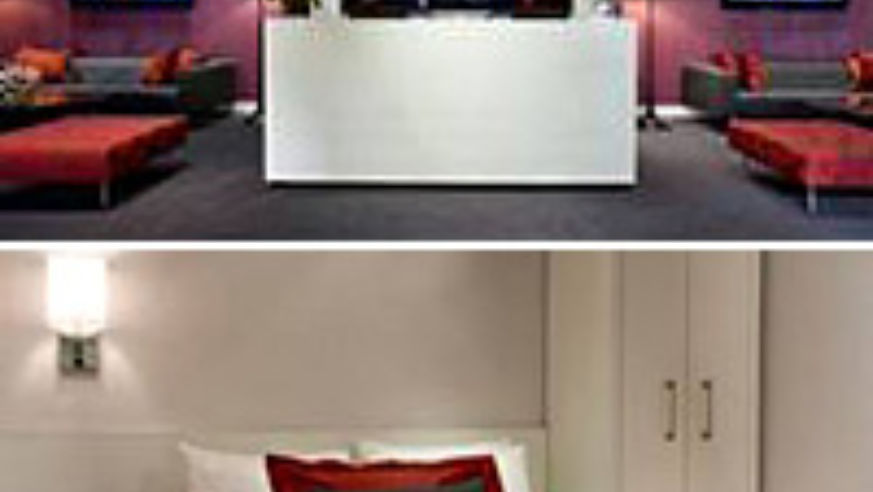 For way too many years, it's been nearly impossible to find a hotel room in NY for less than $300 per night. No longer. Back in November, we told you about The Jane, a hotel with incredible rates. And now we've got another one for you: The Gem Hotel, with locations in Midtown West, Soho, and Chelsea.

We included a package deal at The Gem's Chelsea location in today's Real Deal from $159 per room per night, noting that rates at this (Chelsea) location will jump by about $100 in February.

With rates as low as $139 at most of its locations, the chain could get away with offering minimal amenities, but it actually does just the opposite. Instead of charging guests for things like bottled water, high-speed Internet, and shoe shines (yes, shoe shines!), Gem gives them away for free. And it doesn't skimp on quality, either. The pillows are down, the in-room coffee is Wolfgang Puck, and the bath products are Gilchrist & Soames (a fancy British brand).

Another fun detail: One of the goals of The Gem Hotel is to become a part of the community, so it offers deals that feature local establishments. For example, the Soho location has a Katz's Delicatessen Pastrami Package (1 room, 2 pastrami sandwiches from Katz's) and a Sunshine Movie Theater Package (1 room, 2 passes to Sunshine Movie Theater). And rumor has it the staff is looking into volunteering with local organizations—another cool way of supporting the community.