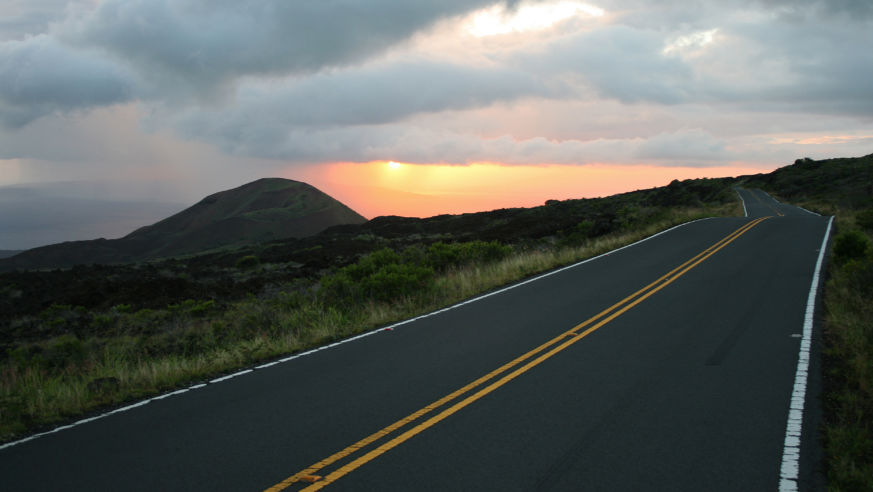 Life goal: to be as serene in the car as the vistas outside it.

Raise your hand if you've ever been behind the wheel and deliberately cut someone off, muttered a curse word under your breath, leaned on the gas pedal a wee bit too hard, or, worse, had any of the above directed at you. That would be all of us, right?

I personally will never forget one particular incident while I was tooling around Palm Springs in my rental car on vacation: Evidently the "no right turn on red" rule doesn't apply in California if you make a full stop first, which this New Yorker quickly learned after waiting patiently through an entire stoplight, only to have a blue-haired woman around age 70 swerve pointedly around me, honking the entire way, then, for good measure, appeared to scream an expletive at me through her window while flipping me the bird.

The foul-mouthed granny is in good company, according to Expedia's new Road Rage Report, released today, in which frighteningly large percentages of American drivers to admit to some jaw-dropping bad behavior. Read on for the dirty details:

• 61 percent of respondents admitted to speeding.

• 29 percent admitted to following other vehicles too closely.

• 26 percent said they have yelled or used profanity at another driver.

• 4 percent said they have exited their vehicle to engage angrily with another motorist.

• 13 percent have felt physically threatened by another driver.

• 25 percent admitted to "regularly or occasionally" talking on their mobile phone while driving.

Why? The excuses were myriad, the survey found. Running late was a big one, as was "being provoked by other drivers." Suuuuure you were.

If you're prone to road rage, an app like Waze, which guides you around traffic snarls with crowd-sourced info from other drivers, could be your new best friend, as we've suggested in the past. But no tech gadget can compete with the age-old Golden Rule—or a dash of mindfulness before you unleash a string of particularly descriptive nouns and adjectives.

The city with the rudest drivers in the nation, according to the Expedia survey? New York City! Maybe I'll pick up a few tips on my next cab ride before I dare motor down the mean streets of Palm Springs again.

Would you admit to any of this bad driving behavior out loud? Have you been on the receiving end while on a trip? Or do you have tips for keeping your cool behind the wheel? Let it all out in the comments!