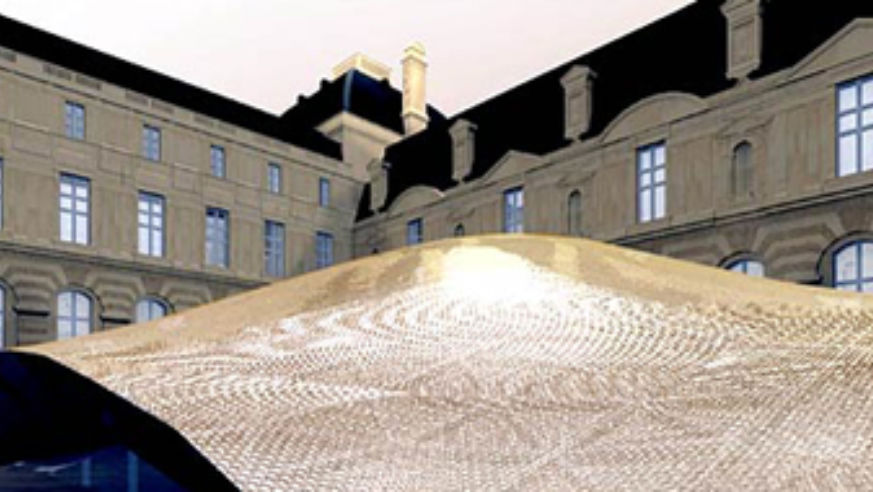 When you visit the Eiffel Tower, glass-windowed elevators whisk you up to an observation deck, where you can see miles of Parisian rooftops and boulevards from about 905 feet in the air. There are many iconic sights to pick out: the Louvre museum, Notre Dame cathedral and other landmarks.

Yet as a travel lover, you may already know about these iconic sights. So what are the newest attractions that will be worth checking out in the City of Light this summer? Read on to find out.

A new wing at the world's most visited museum

"A headscarf blowing in the wind" is the way one architect has described the Louvre museum's new Arts of Islam wing. The new structure is already as spectacular to look at as the glass Pyramid, which was added about 20 years ago to the museum's main courtyard. The silk-like structure appears to be floating in mid-air because of the absence of supportive pillars. More than 18,000 Arabic artworks will be displayed when the gallery opens to the public this summer on dates to be announced soon (louvre.fr/en).

A new look for the interior of the d'Orsay

If you haven't been to Mus&eacutee d'Orsay, the city's prettiest museum, since last fall, you'll like its $28 million interior renovation. The world's finest collection of Impressionist paintings are now showcased in a larger space with darker backgrounds and improved lighting to make the masterworks by Monet and Degas look their best in this former grand train station (musee-orsay.fr).

The world's prettiest city cries out for lots of walking around, but sometimes your feet just want a rest. Weary visitors can stop in to the Zen Nap Bar, a four-floor space in the center of the city. Slip on a pair of slippers and take a rest in an "anti-gravity chairs (read: very plush and supportive loungers) in a dark room while listening to soft music (15-minute nap costs 12 euros, about $16, Zen Bar à Sieste; 29 Passage Choiseul; weekdays and Saturdays, noon to 8 p.m., barasieste.com).

A renovated space for contemporary art

The Palais de Tokyo a stone's throw from the Seine downtown has been around for 75 years, but it re-opened this spring as “the biggest non-collecting contemporary art museum in Europe,” with 236,000 square feet devoted to creative exhibitions (palaisdetokyo.com).

What if you could rent a car in Paris for just a few hours, without having to worry about finding a parking spot or if street parking is allowed? Brave drivers can now rent a vehicle in an electric-car-share program called Autolib' which works like the capital's popular Velib' bike-share program. Hundreds of electric cars are at scattered, central locations downtown, such as one that's a block from Notre Dame on Il de La Cite. Americans and Canadians can rent a car if they possess an International Driving Permit and using an English language website (from $20 via AAA; autolib.eu).

Opened this spring, Les Docks, Cité de la Mode et du Design, looks like a caterpillar, thanks to an innovative design by architects Jakob+MacFarlane. The 155,00-square-foot gallery, high-end shopping, and (soon-to-be) dining complex in the 13th Arrondissement in southeastern Paris is a must for culture vultures because the collections will highlight the latest in the world's designs (34, quai d’Austerlitz, paris-docks-en-seine.fr).

Traveler's alert: Paris' Picasso Museum is closed due to renovation.

Finding something free to do at night in Paris can be a challenge for out-of-towners, but not to worry. For a month starting July 27, Cinéma en Plein Air—a free summer festival—is screening a number of fun English-language movies (like Gran Torino and Superman) plus French-language films on Europe's biggest inflatable screen in Parc de la Villette in the 19th arrondissement. Head there at sundown. Small shops on the rue Eugène Jumin (near the eastern entrance), including Monop', sell ice cold rosé plus cheese, salads, and other treats (rent an optional strampotin (lawn chair) for about 7 euros. 211 avenue Jean Jaurés, villette.com).