By The Budget Travel Editors
January 7, 2016 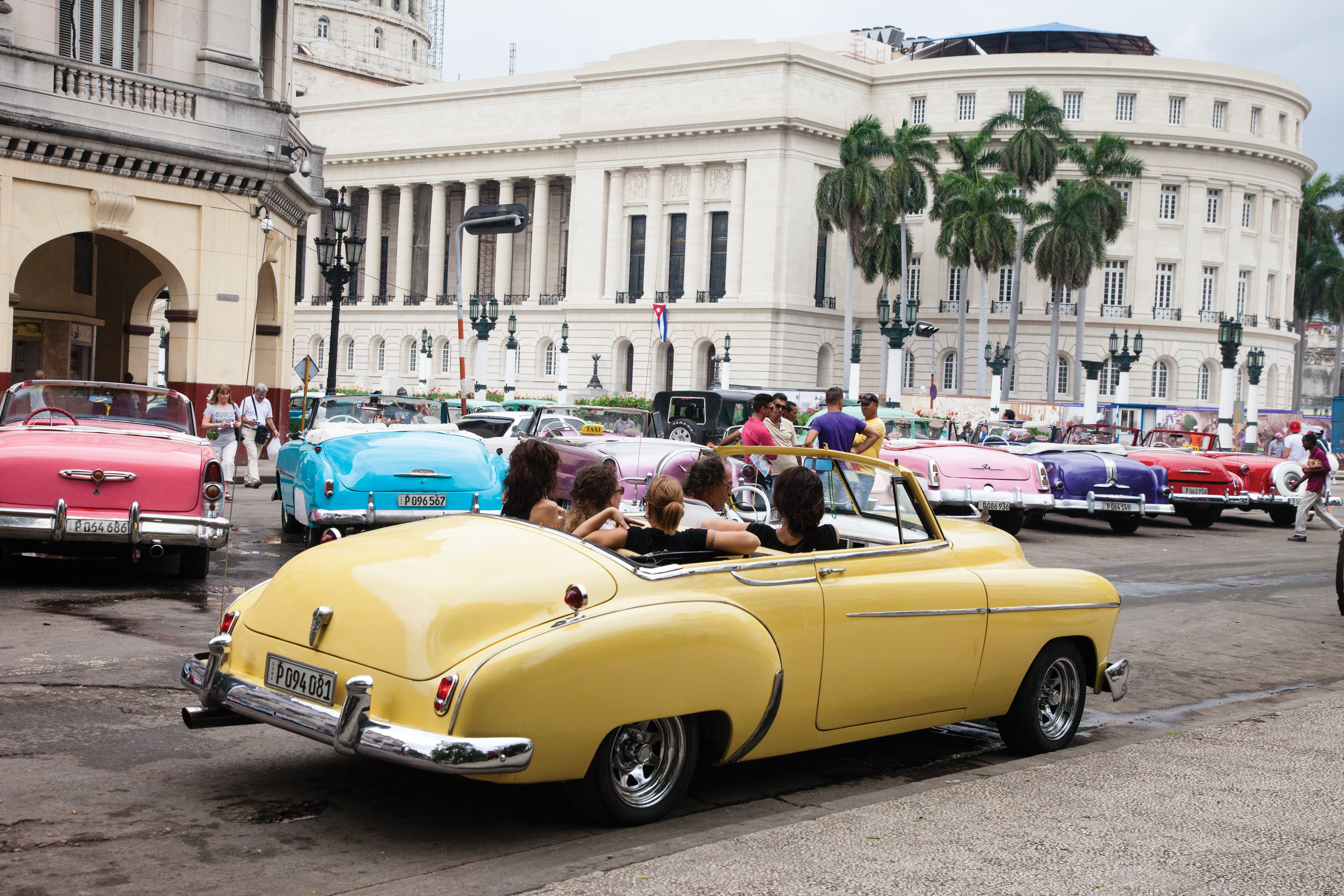 We're still pinching ourselves that travel to Cuba is getting easier and easier, and many of us have rewritten our bucket list with a dream trip to Havana, with its vibrant music scene, great cuisine, and iconic Spanish Colonial architecture and vintage cars, near the top. In fact, Cuba is no. 3 on Budget Travel’s Where to Go in 2016 list.

So we were pleased to learn that JetBlue, partnering with Cuba Travel Services, is now offering two charter flights connecting New York and Havana with nonstop service each week. The second weekly flight, departing each Tuesday, was added in response to the U.S. government further easing restrictions so that approved travelers can now travel to Cuba with close relatives.

Travelers can now choose between Tuesday flights and Friday flights from JFK to Havana’s Jose Marti International Airport (HAV), bringing the once-off-limits Caribbean island even closer to many more Americans. We’ve been reporting for months about what the future of travel to Cuba may look like, including expanded people-to-people tours and even ferry service from the Florida Keys, but JetBlue is actually serving Americans who want to be among the first to get there.

When you’re ready to fly to Cuba from JFK (after meeting the current U.S. guidelines and getting approval), you can book your flight at CubaTravelServices.com (Cuba Travel Services selected JetBlue to operate its charter flights). JetBlue also partners with charter airlines out of Ft. Lauderdale and Tampa, operating on 150-seat Airbus A320s, offering free Wi-Fi, inflight entertainment, free snacks and soft drinks, and the comfy legroom JetBlue passengers have come to expect.

"More people are exploring the possibility of travel to Cuba with government restrictions easing this year, and we are happy to accommodate that growing demand," said Scott Laurence, senior vice president airline planning at JetBlue. "We thank Cuba Travel Services for trusting us to serve Cuba-bound customers with the JetBlue's award-winning experience on their way to Havana."

"Cuba Travel Services is excited for all the positive changes allowing more Americans to visit Cuba. We are offering more flexibility to our travelers and introducing our new online booking engine at CubaTravelServices.com, which will allow passengers to reserve and purchase their tickets in real time," said Michael Zuccato, General Manager at Cuba Travel Services. "Our partnership with JetBlue will facilitate the high quality travel experience our clients have grown accustomed to." 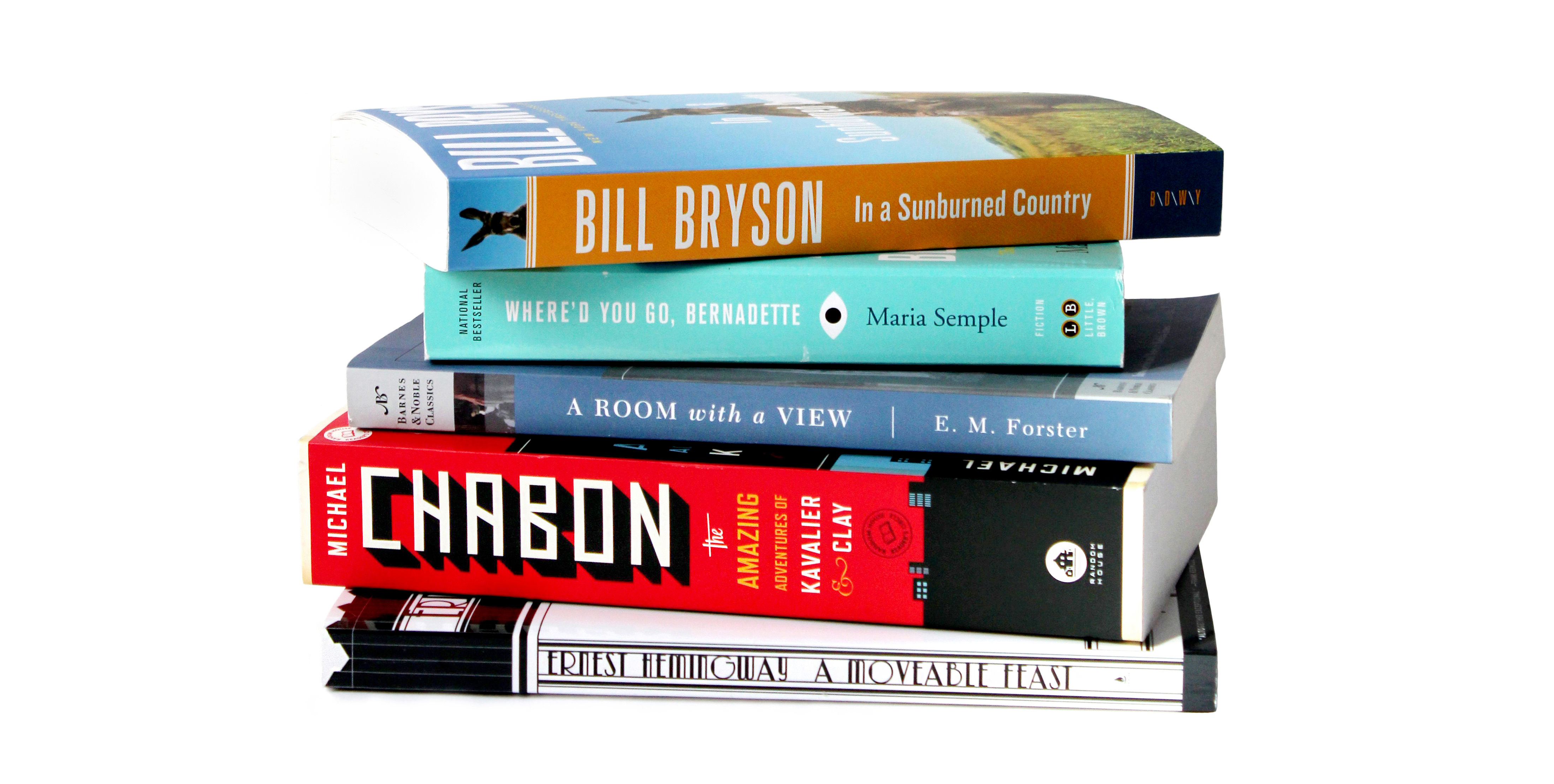 A Room with a View (E.M. Forster) manages to be a romantic comedy, travelogue, and deeply moving rumination on art and mortality at the same time. No small feat, but Forster (author of Howard’s End and A Passage to India) is no small writer. When Lucy Honeychurch arrives in Florence from the U.K. with her uptight spinster cousin, Charlotte, she has no idea that accepting a “room with a view” from a quirky neighbor at their pensione will, over the ensuing months, open up a more figurative “view” that will change her life. Spoiler alert: best literary kiss ever. —Robert Firpo-Cappiello, Editor in Chief Bill Bryson’s love letter to Australia, In a Sunburned Country, has quickly become my all-time favorite travel book. I’ve always dreamed of doing what he did—driving from city to city, meeting locals along the way, and writing about it. Bryson’s style of storytelling keeps you captivated and following along with his adventures like you’re hearing about the travels of a close friend, and all the while he’s delivering historical context in a hilariously entertaining way. As Bryson says at the end, “You see, Australia is an interesting place. It truly is. And that really is all I’m saying.” —Kaeli Conforti, Digital Editor  My favorite kind of novel is one in which I can relate to the characters—or at least get the urge to venture alongside them. Bernadette Fox, the protagonist in Where’d You Go, Bernadette, by Maria Semple,isn’t someone you’d readily admit to seeing yourself in, but she’s so real, so fierce, so flawed, so…infamous. She’s a non-conforming Seattle mom, an esteemed architect, a humorist, and a best friend to her daughter. As you might infer, one day Bernadette disappears. What I love most is it’s not so much a mystery novel as it is a psychological exploration of an endearing character through travel-related occurrences. —Whitney Tressel, Photo Editor The Amazing Adventures of Kavalier &amp; Clay, set in New York City, makes me see the city with fresh eyes. There is so much history hidden in plain sight in New York, and the author, Michael Chabon, brings out the city’s romance, energy, and mystery. I’ve lived here all my life, but when I read this book, it makes me want to get a map and a bike and explore. In Kavalier &amp; Clay, the cousins work in the Flatiron District, and many old buildings that are referenced are still standing. It feels like the characters could be there now. —Amy Lundeen, Photo Director A Moveable Feast, by Ernest Hemingway, might seem like an obvious choice, but when you dive into the stories about Hemingway’s time in 1920s Paris, hanging out with the likes of Gertrude Stein, you’ll see why the book remains a classic. Hemingway’s tales of arguing with wannabe literary critics in cafés, nursing a drunken F. Scott Fitzgerald (whom he was clearly jealous of), and drinking Châteauneuf du Pape with steak frites at lunch make Paris vibrate as a freewheeling, energetic, creative place where writers are welcome to linger at bistros perfecting their masterpieces. When I’m lucky enough to go to Paris, I always visit one of Hemingway’s old haunts. —Jamie Beckman, Senior Editor 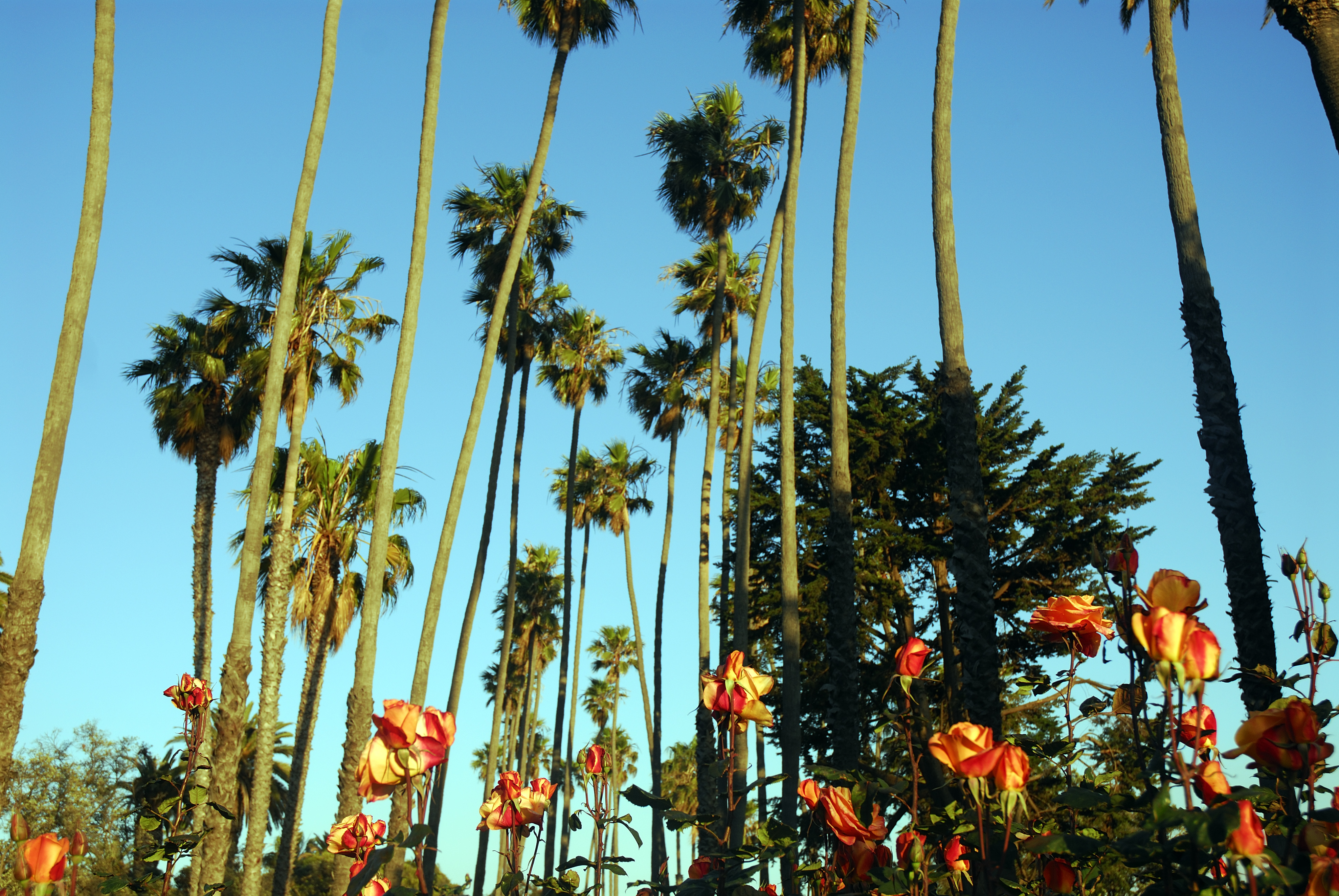 Spring Flights From Under $100!

Our friends at Southwest are offering some pretty amazing airfares for winter and spring travel through May, but you have to act now: The sale ends as the ball drops on New Year’s Eve. Book through this Thursday, December 31, to lock in travel in the U.S. through May 25, with travel to/from San Juan, Puerto Rico, slightly more limited to dates from mid-January to early March and late March to May 25. Some of the deals on one-way flights that especially caught our eye include: * Denver to Los Angeles from $94* NYC to Nashville from $118* Chicago to Ft. Lauderdale from $134 This sale can nab you a bargain even if you’ve already purchased a Southwest ticket for these travel dates: Visit change air reservation to check for a lower fare. 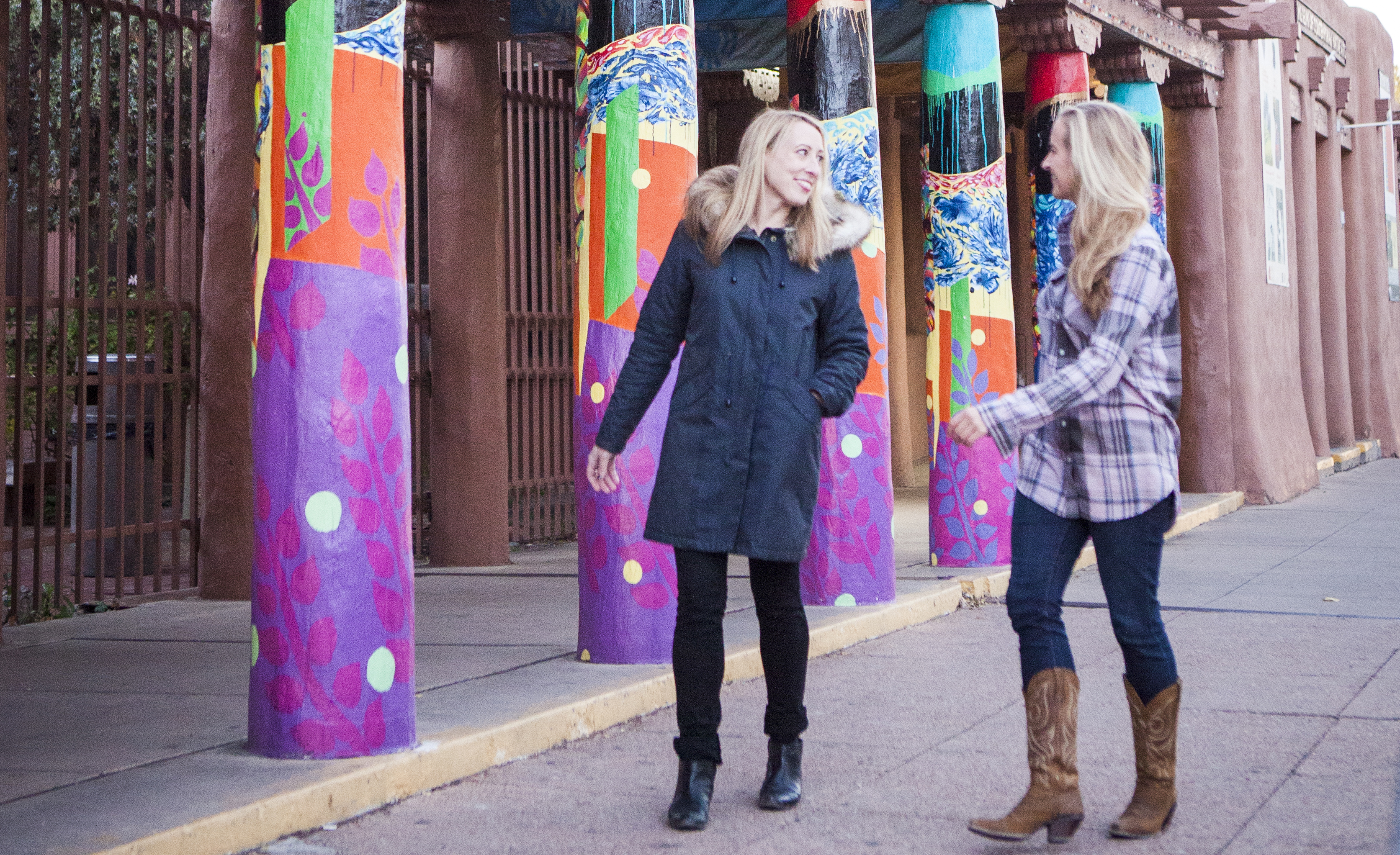 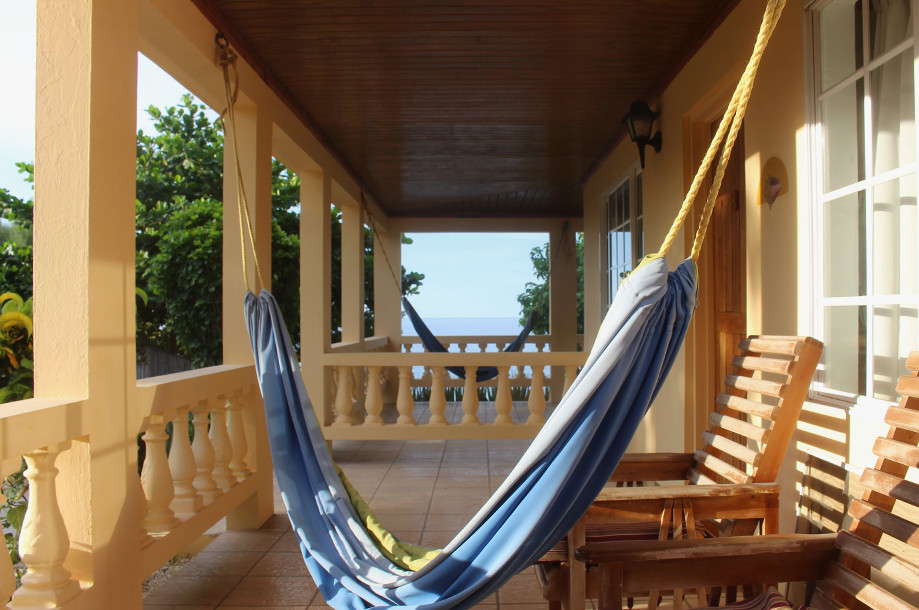 As winter arrives, we firmly believe that the Caribbean is always a good idea, and our friends at bedandbreakfast.com have come up with some “luxe for less” deals that we want to pass on right away: Westender Inn, Jamaica, is perched on the low-lying cliffs of the West End and starts at $69. You’ll want to relax in a hammock on your verandah or patio and savor authentic Jamaican cuisine (after your shuttle returns you from a fun day shopping in nearby Negril). Nab a table at Rick's Cafe on the Negril Cliffs for a scary/cool view of cliff divers. Gloucester Place, Tobago, starts at $70 and offers airy rooms that open onto a verandah with sweet views of the sea and fishing boats bearing the day’s catch (a.k.a. your dinner), plus an infinity pool that’ll make you feel as if you’re swimming to the horizon. Browse the small shops and outdoor market in nearby Scarborough and visit the historic 18th-century Fort St. George.   B&amp;B Sombré di Kabana, Curacao, just outside the colorful capital city of Willemstad, starts from $150 and offers a soothing garden setting with tropical birds, pool, and Jacuzzi. Feeling a little adventurous? Some first-rate nearby dive sites will let you explore beautiful undersea coral formations.