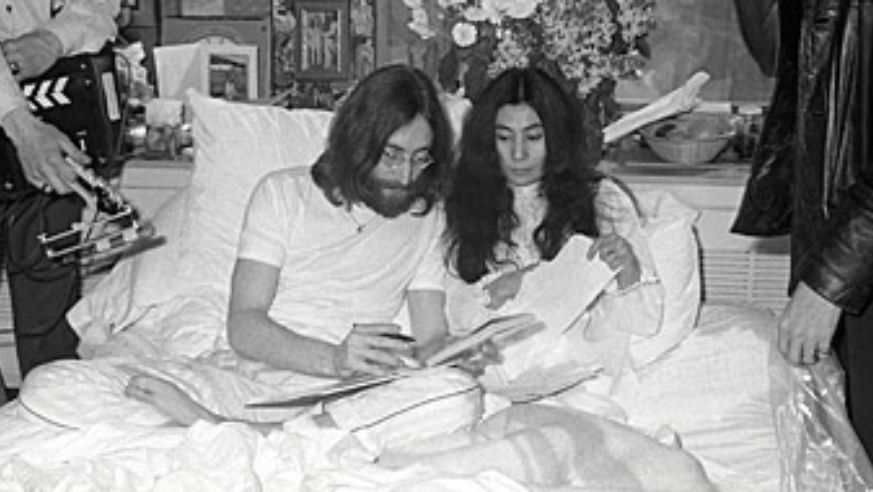 1969 was a monumental year in pop culture for lots of reasons—Woodstock, peace signs, the moon landing, Janis Joplin. It was also the year John Lennon staged a "bed-in for peace" in Montreal with his new wife, Yoko Ono. The pair stayed in bed for a week in Suite 1742 of the Queen Elizabeth Hotel. They did it to protest the Vietnam War, letting reporters hang out with them. Their stunt was well-documented—350 radio stations in the U.S. alone picked up the story.

To commemorate the event, the Montreal Museum of Fine Arts will host Imagine: The Peace Ballad of John and Yoko beginning Apr. 2. The free event, co-curated by Ono who loaned many of the items on display, includes drawings, videos, and unpublished photographs, along with other mementos from John and Yoko's life together.

Montreal was the second bed-in; read about John and Yoko's first in Amsterdam in our recent article on Sexy Hotels. And as you might expect, the Queen Elizabeth has a package offer, so you can stage your own bed-in.