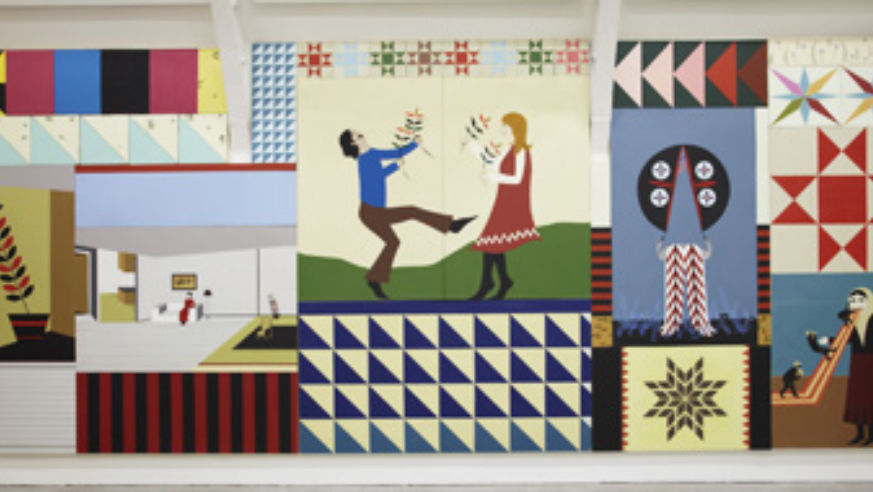 Clare Rojas at the Museum of Arts and Crafts

The Museum of Arts and Crafts is showcasing the first solo exhibit by local artist Clare Rojas, one of the quintessential artists of the Mission School of Art, perhaps one of the defining art movements of the 20th Century. The show, entitled We They, We They, is taking over the entire museum with a patchwork collection of painted panels, all in Rojas's emblematic urban-folk style. The brightly colored images are inspired by a combination of Latino Folk art, West Coast modern art, and folklore. Tomorrow is opening night, and Rojas will perform live music under her folk-musician persona, Peggy Honeywell. 51 Yerba Buena Lane, at Mission between Third and Fourth streets, 415/ 227-4888. May 14-Aug. 22, 2010.

French Impressionism at the de Young

This month, the de Young museum is opening the first of two exhibits featuring works on loan from the Musee d'Orsay's permanent collection while the Paris museum undergoes a makeover for its 25 anniversary celebration (scheduled for 2011). The Birth of Impressionism show features nearly 100 pieces of art by French Impressionists such as Bouguereau, Courbet, and Degas, as well as early work by Manet, Monet, Renoir, and Sisley. Highlights include Degas's Racehorses Before the Stands and uber-famous The Dancing Lesson as well as The Swing by Renoir—works you would normally have to take a cross-Atlantic flight to see. 50 Hagiwara Tea Garden Drive, Golden Gate Park, 415/750-3600. May 22-Sept. 6, 2010.

Be prepared to be emotionally moved by this month's war-related photographs on exhibit at SF CameraWork, one of the city's top contemporary photography galleries. The Theater of War, by Christopher Sims, a 2010 Baum Award Recipient for emerging American photographers, features photographs taken in mock villages used in training by the U.S. military. The images are surreal—fake mosques among the woods, Iraqi and American citizens in dramatic scenes—and offer a unique insight to the mentality behind the war. Also on exhibit are Jennifer Karady's large-format color prints that offer searing images of Iraq and Afghanistan veterans reenacting the most disturbing wartime experiences, often with family members as models. Much deserving of its New York Times rave review, this exhibit will leave you haunted. SF Camerawork, 657 Mission Street, 415/ 512-2020. Now through August 7.