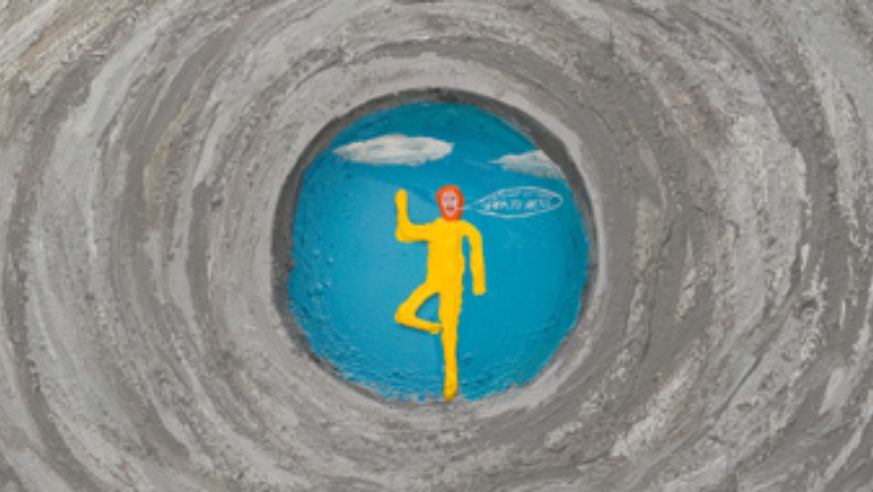 Just as North Beach was the epicenter of the Beats movement in the 1950s, San Francisco's sprawling Mission district was home to a movement called the Mission School of Art in the '90s and early 2000s. During that time, the Jack Hanley Gallery was instrumental in propelling artwork from the Mission School into the mainstream, international arena. After 20 years, the illustrious gallery is closing at the end of April—here's your chance to see it before it's gone.

The Mission School of Art was made up of a group of young, influential artists whose work was heavily influenced by street subcultures, pop culture, skateboarding, surfing, and graffiti. You may know some of these characters from the traveling exhibit and eponymous film Beautiful Losers: Contemporary Art and Street Culture, which features many of the artists as well as their New York contemporaries.

The final show at Jack Hanely features some of the school's better-known artists, including Chris Johansen (pictured), Leslie Shields, and Shaun O'Dell.

Despite Jack Hanley's closure and the departure of many of the original artists to larger venues like the MOMA and the Whitney, the city's subcultural art scene is still alive and well. While many of the individual artists aren't the same, much of the ethos and style is still there. Here are a few places to experience it for yourself.

Adobe Books Backroom Gallery This small bookstore and gallery features regular exhibits and is considered the real epicenter of the scene. In fact, Jack Hanley usually discovered his artists during their first shows at Adobe. 3166 16th St., 415/864-3936

The Luggage Store exhibited many works by the late Margaret Kilgallen and now features a gigantic mural by her husband, Barry McGee, on the side of the building. The store also holds regular art exhibits of emerging San Francisco artists. 1007 Market Street, 415/255-5971

Andrew Schoultz's murals cover walls around the Mission District. Be sure to check out the the Clarion Alley outdoor murals (off Valencia street, between 17 and 18 streets).

For more information about the background of the Mission art scene, check out the San Francisco Bay Guardian article in which art critic Glen Helfand coined the term.

The artwork is expensive, so we suggest you go to look, not to buy. But you can take home a souvenir: For SF Moma's 75 anniversary, the museum partnered with the Gap to put out limited-edition T-shirts featuring the work of artists in the Mission School: Simon Evans, Barry McGee, Chris Johansen, and Leslie Shows. Available at SFMOMA store, 151 Third Street, 888/357-0037