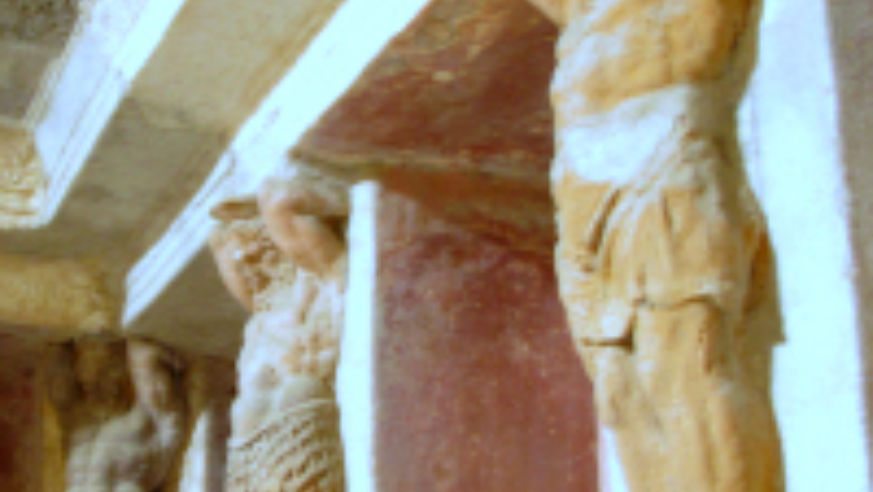 Sean O'Neill
Struggling to hold things up at Pompeii.

The world's most famous open-air museum is falling apart. In the past month, Pompeii, the ancient city, has seen a few of its structures collapse. Are Italian authorities doing enough to protect its fragile ruins and frescoes?

In early November, a famous house collapsed. The cause is unknown. The house was once used by gladiators to train before combat.

The likely culprit of the collapse is shoddy restoration work. Decades ago, a bad mix of cement and masonry was used to reconstruct walls and roofs. The alkaline in this mixture is apparently causing structures to crumble and paint to peel. Efforts to undo the damage have been slow.

Some Italian scholars are campaigning for the privatization of Pompeii's oversight. Government agencies seem incapable of keeping the precious ruins in good shape. In nearby Herculaneum, also an ancient city victimized by Vesuvius, the Packard Humanities Institute has stepped in with a large, long-term grant.

But don't let the headlines scare you away from visiting Pompeii. There is still so much of beauty and wonder to see, as I found myself on a trip there two months ago.

No horrific tragedy has given the world as much pleasure as Pompeii. The 163-acre site was covered in rocks, pumice, and ash from the volcanic explosion of Vesuvius, killing tens of thousands. That protective cover preserved the details of life in A.D. 79 for centuries. Today, the site receives about two-and-a-half million visitors each year. Given admission fees, it is a place that could be successfully protected.

Up north, Venice's many fine buildings have been saved from disrepair and water damage by a multi-year private charity initiative called Save Venice.

Maybe it's time for someone to start a "Save Pompeii" movement.

Trip Coach: Is Pompeii a Daytrip or an Overnight Stay?