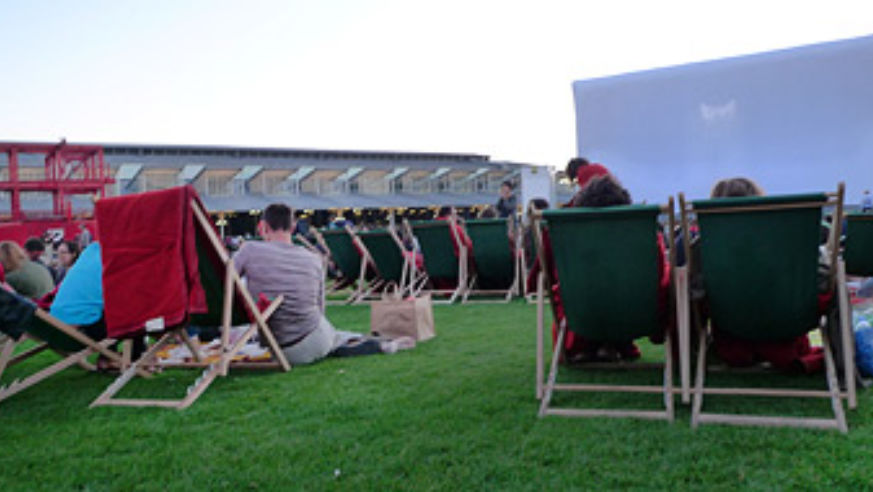 Paris's Cinéma en Plein Air festival is turning 20 years old this summer and celebrating with a lineup of films that are all about life at that crazy age. From now until August 22, you can go to watch outdoor movies every night except Monday in the Parc de la Villette (19th arrondissement). The screenings begin at sundown, 10-10:30 p.m.

Crowds begin to arrive as early as 8 p.m. to picnic on the giant green lawn. Travelers without access to a refrigerator needn't worry—there's a Monop' mini-grocery near the entrance to the park (at the corner of Eugène Jumin and Jean Jaurès) that sells all the necessary snacks and beverages. There are also some fast food options, a few kebab trucks, and a bakery inside the park.

Admission is free, and a chair/blanket combo can be rented for €7/$9 (or 5 for €20/$26). The nights can be chilly, so consider renting a blanket if you're not warmly dressed.

Films are shown in their original language (V.O.), and the following will all be in English:

• August 11: The Unbearable Lightness of Being (Philip Kaufman)

Summer in Paris: The Beach Is Back